The awards are based on employee feedback. 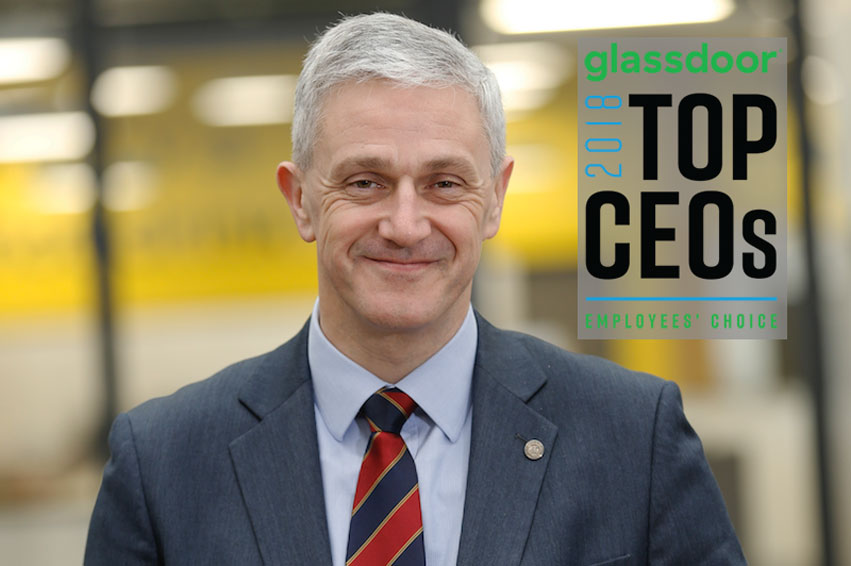 The recruitment company has awarded Eddie Hawthorne with an international accolade.

Glassdoor is one the world’s largest recruitment sites and this award was announced as part of their annual report on CEOs which highlights findings based on employee feedback over the last 12 months.

The awards are given based on approval ratings provided by employees who leave voluntary reviews on the Glassdoor website. When employees write a review about their company, they are asked a number of questions relating to their experience of the workplace as well as providing approval ratings on various aspects of the company. Employees are given three options when asked to provide feedback on their CEO – approve, disapprove or no opinion.

Robert Hohman, Glassdoor co-founder and CEO said: ‘Winning a Glassdoor Top CEO award is a true acknowledgement of exceptional leadership, as it reflects the opinions of the employees who work with a chief executive every day. I congratulate all of this year’s winners on this significant achievement. It can be a real recruiting advantage to have a top-rated CEO at the helm of a company who has strong support from his or her employees. The best CEOs are inspiring, trustworthy, innovative and can be great motivators for people to bring their best selves to work.’

There are 770,000 companies with employee reviews on Glassdoor with the average CEO rating at 69%.