BMW has revealed official images, spec and prices for the BMW i3, their first electric car, and celebrated with glittering launch events across three continents 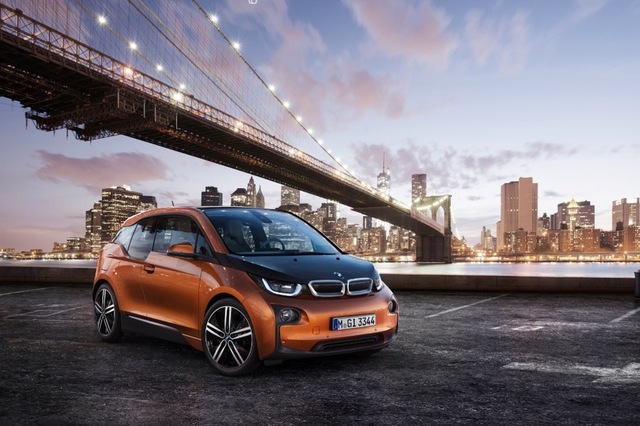 The price and release date for the BMW i3 have been revealed, following a global launch event

BMW have officially revealed the BMW i3, which is the world’s first premium car – designed from the ground up – to be powered by an electric drive system. Sienna Miller and James Franco were amongst a host of celebrities celebrating the BMW i3's unveiling in London yesterday, while New York and Beijing hosted their own launch events at the same time.

Further to speculation about the i3, the car is expected to hit showrooms on 16 November 2014 and is the first vehicle from BMW’s new ‘i’ sub-brand. Two models will initially be offered – the BMW i3 and the BMW i3 Range Extender. Both have the same electric power train, but the Range Extender version has a 650cc 34bhp two-cylinder petrol engine that acts as a generator to extend the car’s range.

What range can I expect?

The standard BMW i3 model has a range of between 80 and 100 miles, and the ‘Range Extender’ version has a range of between 160 and 186 miles (on one tank of fuel). For drivers who are worried about running out of charge mid-commute, we reported previously that BMW is supporting the rollout of a UK electric car charging network in order to help meet the UK target of installing 122,000 charging points by 2020. This suggests electric vehicle owners will see a vast improvement in the number of charge points over the next few years. 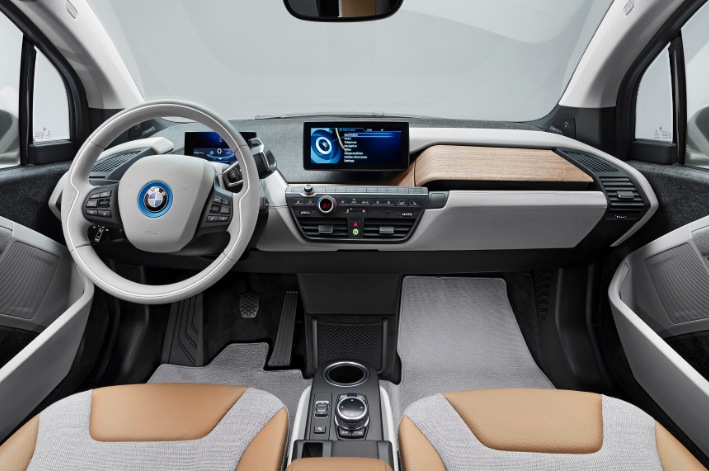 The BMW i3 is packed with high-tech features, such as BMW ConnectedDrive.

Considering the i3 carries the premium ‘BMW’ badge, the cost is actually quite affordable. Prices for the standard BMW i3 model start at £25,680 and prices for the BMW i3 range Extender start at £28,830.

Will the i3 actually save me money?

The BMW i3 qualifies for a range of government-backed grants and tax breaks due to the fact that it is a zero-emissions vehicle. You’ll receive a ‘Plug-in’ grant that reduces the overall cost of the vehicle by £5,000. The i3 also benefits from a zero road-fund license charge and is exempt from the London Congestion charge.

The BMW i3 comes with ‘AC Fast Charging’, which will charge the car from 0 to 80 per cent within three hours. For charging at home, the Government is offering a 75% grant across the UK, which will bring the cost of installing an electric charge point down to just £315. For public charging, BMW will offer its customers access to ‘BMW ChargeNow’, which gives you access to the nationwide network of public charging stations using a ‘BMW iChargeNow’ card. You can the pay for your electric charging on a pay-as-you-go basis.

The car has been equipped to make it easy to find a place to charge. You can find the nearest charging stations and their availability on your car’s display unit. This can also be cleverly integrated with your smartphone using the BMW i3 app, which lets you search for nearby charging stations.

Is this a milestone for the electric car industry?

It’s been reported that BMW have invested a LOT of money into this (over £2.7 billion), so there is no doubt that the company will do everything it can to drive its success. This is the most desirable and hi-tech electric car yet, so it’s completely possible that this could improve public confidence enough to dramatically increase electric car sales across the industry. 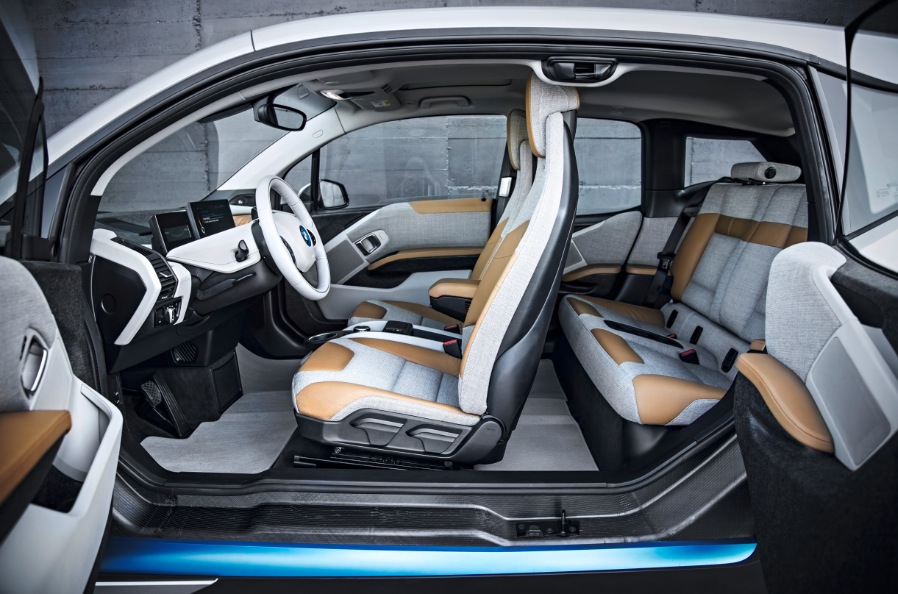 The BMW i3 is made of carbon-fibre and many fittings are made from renewable materials.

The list of dealers who will stock the BMW i3 has already been announced, and includes the Harry Fairbairn BMW dealership in Giffnock.

Search our full range of electric vehicles below, or find out more about BMW at Arnold Clark.