A history of Alpine

From humble origins in the Dieppe garage of its creator, the new Alpine is the result of decades of heritage and craftsmanship. 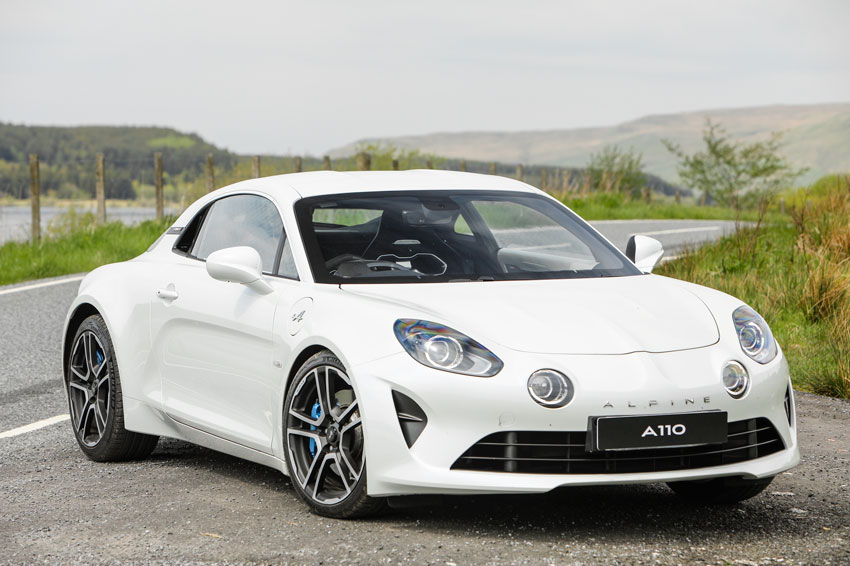 The hotly anticipated new Alpine A110 is exclusively retailing at Arnold Clark in Scotland, and to celebrate this exciting event, we’re going back in time to explore the history behind this thrilling sports coupé. 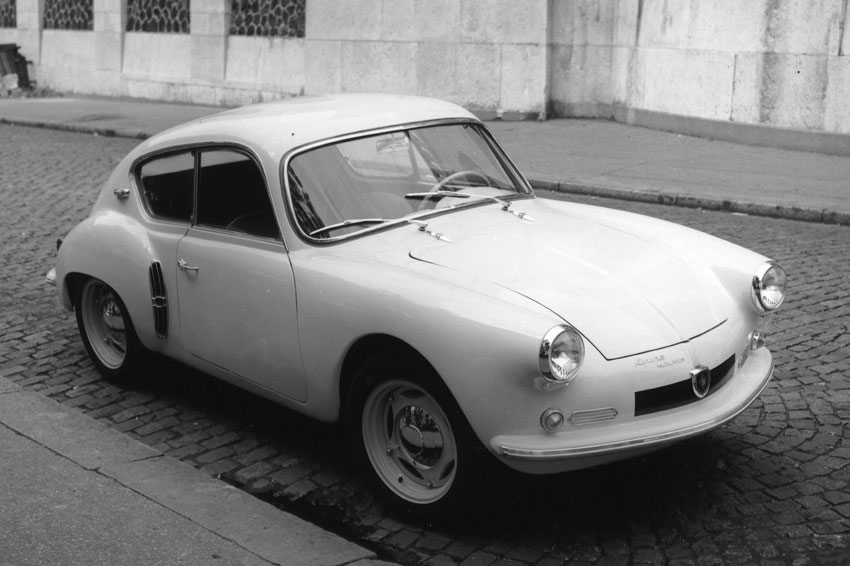 The Alpine was the brainchild of ex-pilot, Renault dealer and racing driver Jean Rédélé. From his garage, he created a two-door saloon prototype mounted on a Renault 4CV chassis, which was the car which had won Rédélé a victory at the Coupe des Alpes in 1954. Inspired by the thrilling mountain roads, he called it the Alpine. From these humble beginnings, a racing star was born.

Three models of the Alpine A106 were built and unveiled by Renault – a red, white and blue one, echoing the colours of the French flag.

Initially built for racing, in 1956, the A106 won a place on the podium at the Mille Miglia race. But it was its appearance at the Paris Motor Show in 1957 that kickstarted its success, and with the development of sports coupé, convertible and cabriolet versions, the Alpine brand was firmly on the map. Soon after came the A108 ‘berlinette’ design that would be streamlined into one of the most successful rally cars in the world.

In 1962, the A110 Berlinette Tour de France made its debut, with a larger engine delivering 95hp. Three years later, the makers of the Alpine upped the ante and set their sights on the greatest motor endurance race of the world: Le Mans 24H. The prototype for the race was the M63, featuring chassis and suspension from Lotus and a cutting edge R8 engine modified by Gordini. 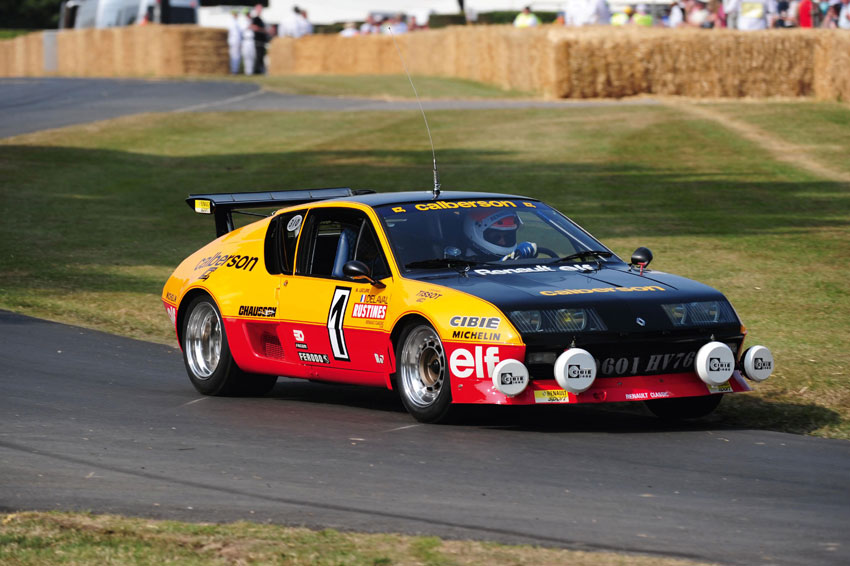 In 1971, the Alpine marque was flying high, scoring first, second and third place at the Monte Carlo Rally. 1973 saw the launch of the four-cylinder A310 at the Geneva Motor Show. The Alpine beat its own record again with five cars finishing in the top six and went on to several more victories that year, culminating in their first World Rally Championship title. Racing victories at Le Mans, Montlhery and Nurburgring as well as F2 and F3 races made the name of Alpine synonymous with racing excellence.

However, by the end of 1973, a bump appeared in the road when racing vehicle production was halted by speed restrictions stemming from the oil crisis.

Instead Alpine and Renault concentrated their efforts on innovation, leading to the production of the A440 and A441 which Alain Serpaggi drove to victory, winning him the title of European 2-litre Champion.

The following year, the long-awaited Alpine A310 featuring the V6 engine made its appearance. This state of the art engine was a collaboration between Peugeot, Renault and Volvo.

By 1979, production of the R5 Turbo was in the planning stages. A reorganisation in workshops brought the production capacity up from seven vehicles a day to 60.

By 1980, the Turbo Renault 5 launched. With an engine from the R5 Alpine, an additional turbo charger and 160bhp, it stormed to the top of the league tables. A classic was born and the following year the R5 Turbo took first place at the Monte Carlo Rally.

1982 brought simplification, and with it, a price drop. The R5 Turbo II appealed to a vastly wider audience and was a commercial hit. The GT version of the A310, with its sporting looks, also attracted plenty of interest, but it was the R5 Turbo that garnered almost 60 racing victories as well as a world championship for J-I Therier.

1984 saw the launch of the new Alpine V6 GT with a 2.8 litre engine delivering 160bhp, 235km/h in eight seconds and 1000-metre standing start in 28 seconds. The replacement for the R5 Alpine Turbo, the Super GT Turbo, was the most powerful in its class with a maximum speed of 200 km/h, achievable in 15.8 seconds.

In 1985, the R5 Turbo was renamed the Renault Maxi Turbo. With the production of the V6 Turbo, Alpine had completed its range. Development of the GTA V6 Turbo the following year met American chassis and anti-pollution standards. The GTA Turbo opened the F1 Grand Prix for four seasons from 1985 to 1988.

The 35th anniversary of the Alpine in 1989 saw the launch of an exclusive series the Alpine ‘Mille Miles’ (Thousand Miles). With only 100 made, these were true collector vehicles. With top of the range features, these special edition Alpines were the last word in luxury, fitted with ABS braking, light alloy rims, pearlescent paintwork, stereo hi-fis and luxurious leather interiors. 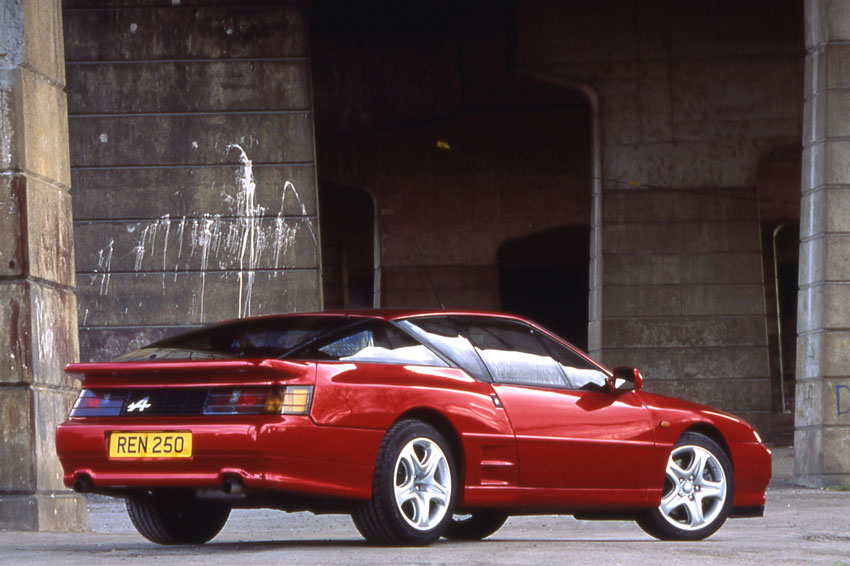 The following year the A610 Turbo was presented at the Geneva Motor Show. With a reworked chassis, the performance and standard equipment was also greatly enhanced with ABS, power steering, air-con, radio and CD as standard.

A special edition of the Alpine, the ‘Magny Cours’ version of the A610, was launched in June 1992 in France. This edition was mechanically similar to the A610 but featured elegant styling details on door and interiors, as well as limited edition colourways.

In France, there is a large network of Alpine enthusiast clubs and it has fans in the UK, USA, Australia, and Japan.

In February 2009, Renault confirmed that plans to revive the Alpine brand had been shelved as a direct result of the 2008–2009 recession. 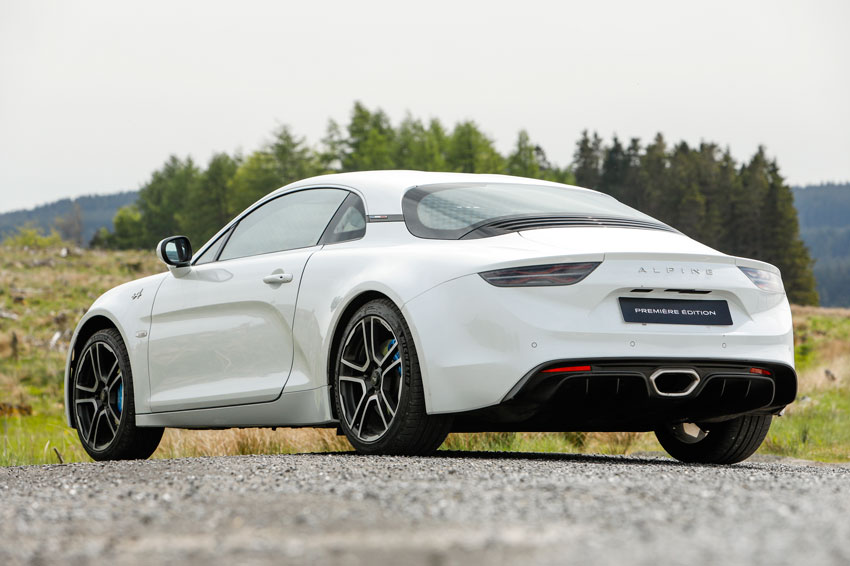 To celebrate the 50th birthday of the Alpine A110 in May 2012, a concept car was produced called the A110-50, which made its debut in Monaco. More concept cars followed in 2015: The Alpine Celebration, which appeared at Le Mans race weekend, and the CGI-generated Alpine Vision Gran Turismo.

In February 2016, Groupe Renault's chief Carlos Ghosn unveiled the Alpine Vision showcar and announced a planned relaunch for the A110.

Fast forward to 2018 and the Arnold Clark Alpine Centre in Hillington, Glasgow is proud to be the sole retailer in Scotland to sell the reimagined Alpine A110, which combines the latest technology and aerodynamic design with the racing spirit of Jean Rédélé’s original creation.