Born in the USA, the trailblazing Jeep Wrangler has been leaving other utility vehicles in its dusty wake for decades… 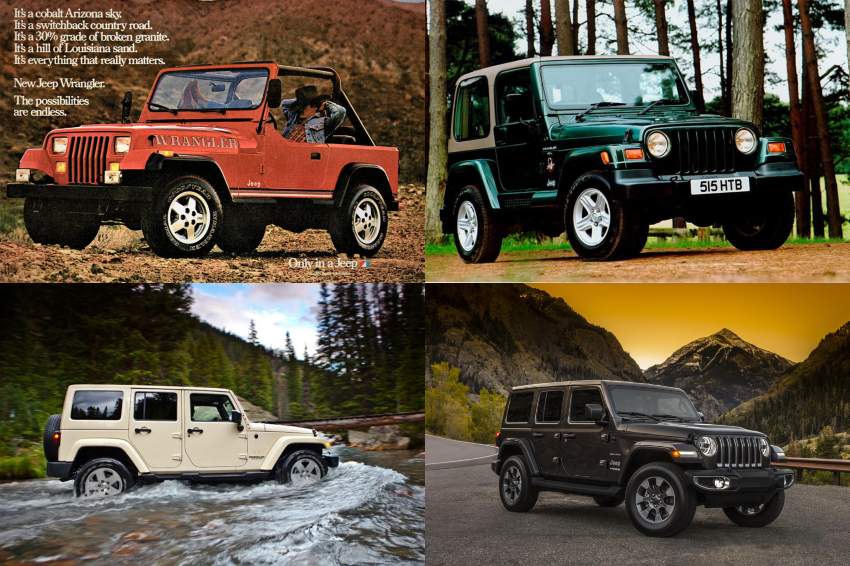 The history of the Jeep Wrangler

With its boisterous and boxy outline, rugged design and indomitable nature, the Jeep Wrangler is an icon of its class. It doesn’t matter if you’re fording rivers, rumbling through rock-strewn canyon floors, hurricane chasing or just negotiating a maelstrom of MDF-lugging traffic in the IKEA car park on a Sunday – the Wrangler was built to get you through with true grit. And while it officially launched in 1986, its design DNA can actually be traced back much further, to the days of WW2. Let’s take an off-road scramble down memory lane to find out more about this compact off-roader… 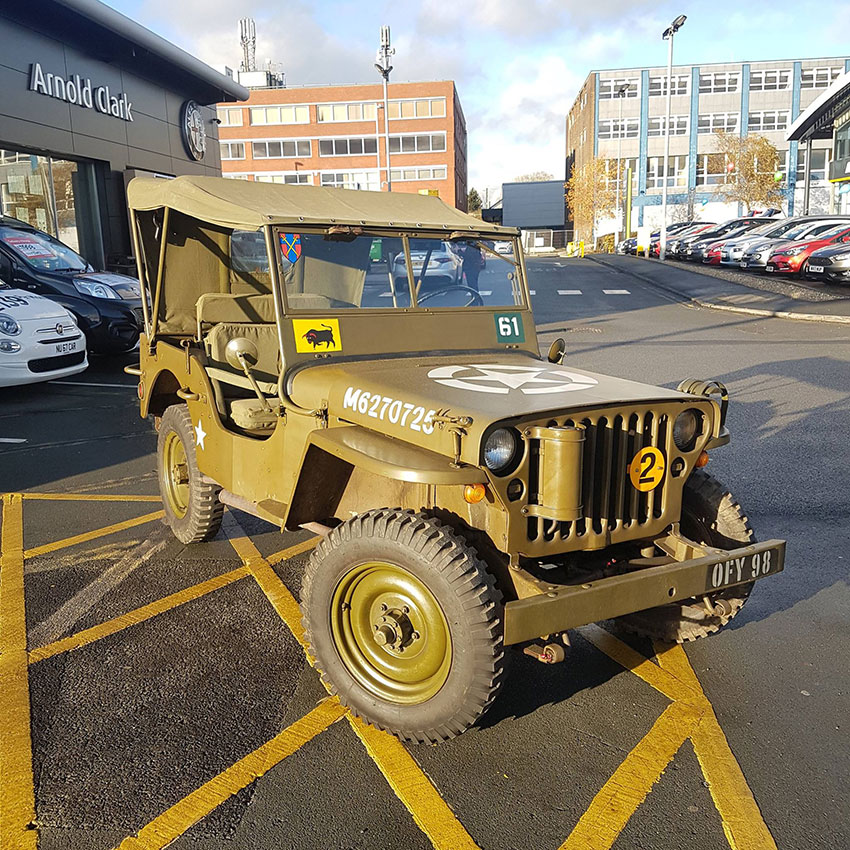 It’s 1940, and the Second World War rages in Europe and beyond. The US Army needs a rough and ready service vehicle with plenty of clout. Quick to answer the call to arms, freelance engineer Karl Probst drafted the blueprints for a lightweight and robust four-wheel vehicle within two days – so the story goes. Bantam built the first prototype, but it was Willys-Overland that had the capacity to win the commission. At a production rate of 75 vehicles per day, soon Willys couldn’t keep up with demand and Ford stepped in to help. But to the soldiers, it wasn’t a Bantam, a Willys or a Ford – it became affectionately known as the ‘Jeep’ – and the rest is history. 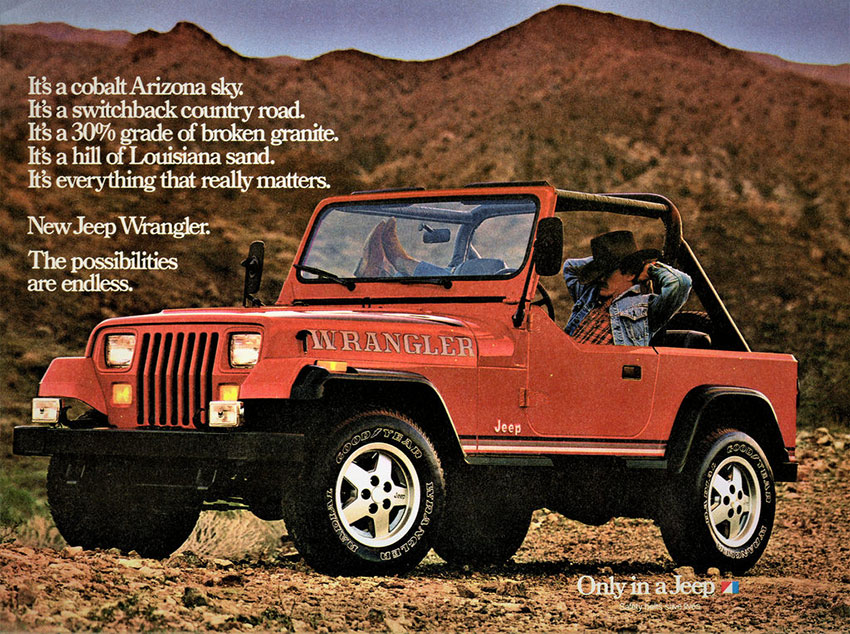 A Jeep Wrangler advert from 1986

Developed by the American Motors Corporation, in 1987 the first-generation Jeep Wrangler was officially launched. The vision was to create a more comfortable car to drive than its precedents, but rest assured, the Wrangler was still more than up to toughing it out on testing terrain. The signature Wrangler is built on solid axles, with anti-roll bars – and even the option to drive it without doors. Remember the staff vehicles in Jurassic Park? These were 1992 Jeep Wrangler SJ Sahara models. And any vehicle that’s deemed powerful enough to handle a park full of rampaging dinosaurs is okay by us. 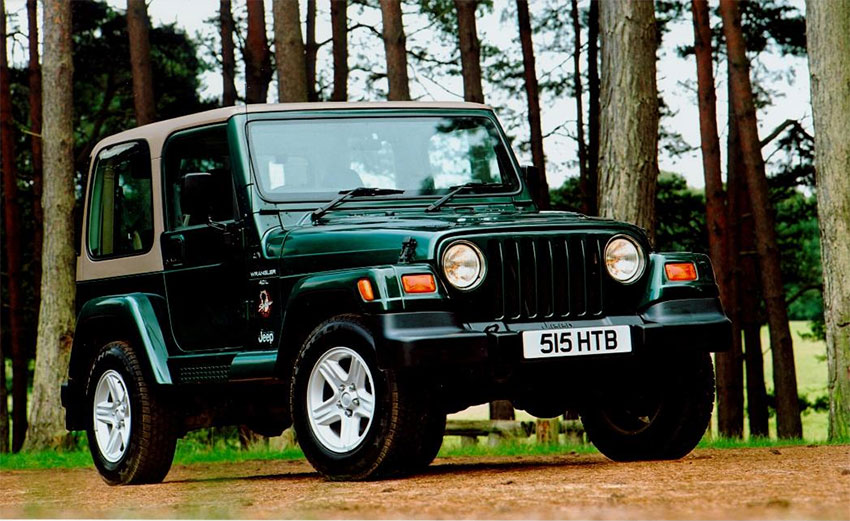 The second generation of Wrangler saw the introduction of the TJ, and a more retro aesthetic suggested by the rounded headlamps that harked back to the brand’s early days of warfare. It was also a first for the coil-spring suspension system (front and back). In 2002, the Wrangler Unlimited came out – a longer wheelbase version with greater legroom and cargo space. Then, in 2006, the Israeli defence force commissioned the first ever five-door version, the AIL Storm mk II, with a game-changing five doors. 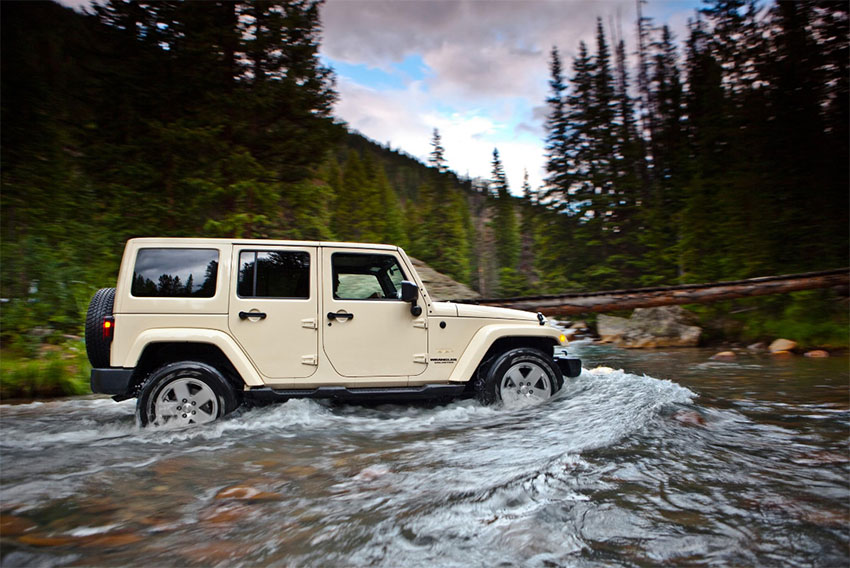 While the Jeeps that had gone before were all derived from similar designs, the designers of the JK tore up the blueprints and devised a brand-new vision for Jeep. New-fangled features included power windows and navigation. The two-door model was of course present and correct, but a new four-door model was unleashed to immediate popularity and now represents 75% of all Wranglers on the market.

2018 and beyond – The next-level Wrangler 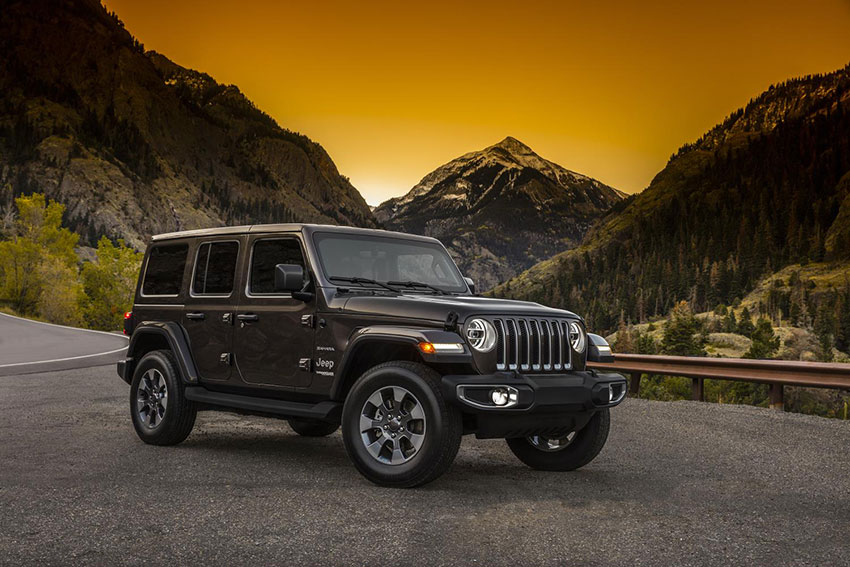 The all-new Jeep Wrangler packs plenty of bells, whistles and refinements to help you hit the rockiest of trails in comfort. There’s climate control for blistering desert trails and cosy heated seats to keep you thawed out when powering over snow-slathered hilltops. Rear tail lights have built-in blind-spot sensors – they’re part of a raft of clever safety paraphernalia – and there’s a brand-new, eight-speed automatic gearbox. But if you’re worrying it’s all sounding a bit luxe for the Jeep, fear not – there’s still a signature spare wheel on the rear door to remind you what you’re driving. As ever, it’s got hardscrabble heart – and an adventurous soul.