The best cars for surviving a zombie apocalypse

If you were to wake up tomorrow to a zombie apocalypse, would you be prepared? 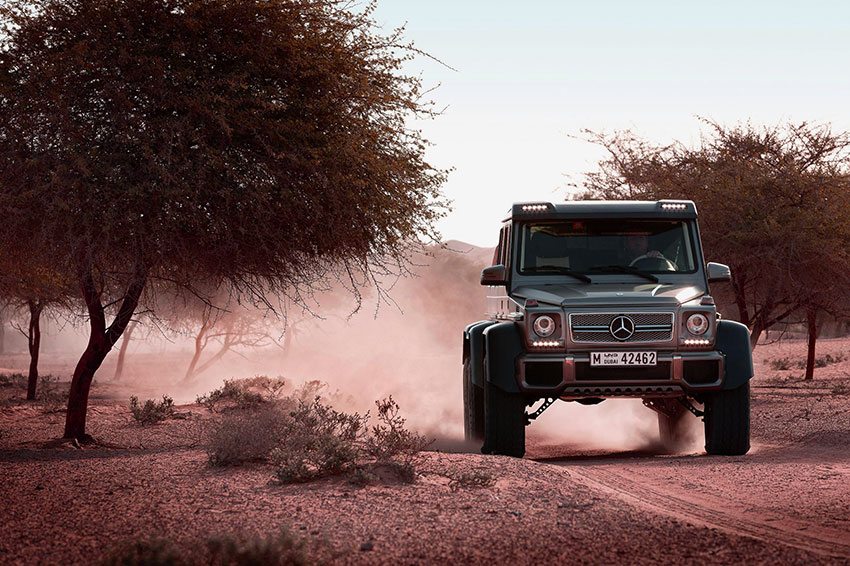 In the highly unlikely event of a widespread global zombie outbreak, the vehicle you have sitting in your driveway could be what determines your survival. That stylish little Fiat 500 with the rubber eyelashes might be nice for nipping to the office and back, but its credentials won’t seem so cute when you have a pack of ravenous undead gnawing on the doorsills.

Instead, you’ll want something rough, tough and robust that can leave zombies in the dust. A vehicle that can power over any terrain, adjust to challenging conditions and outrun even Olympic-level corpses. So here are our top cars for getting out of a ghoulish predicament… 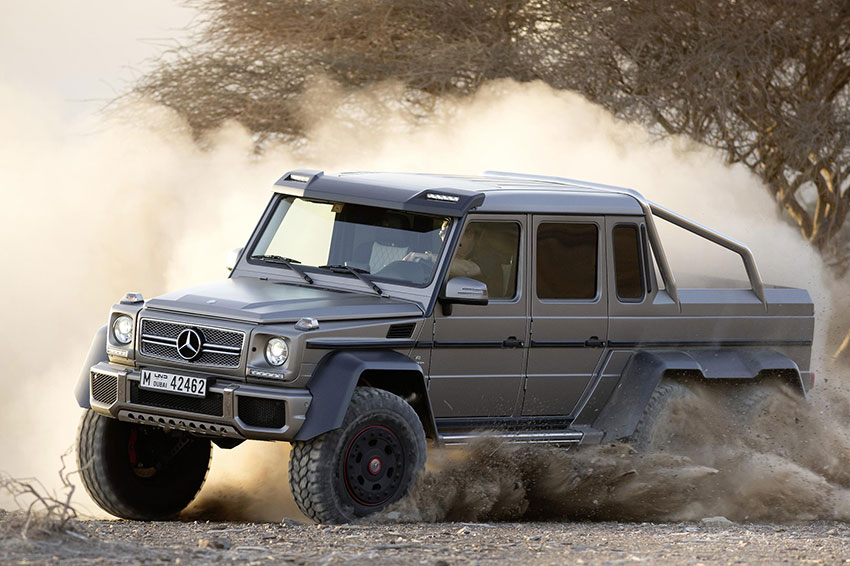 This high-riding off-roader might look like it’s just trundled off the set of Mad Max, but you can actually make a monstrous Merc AMG yours if you’re seriously prepping for a widespread undead uprising (and have a spare £370,000 stashed somewhere). From its impressive overall height of 2.3 metres, you’ll enjoy superb all-round visibility – handy when you’re scanning the irradiated horizon for zombie hordes and scouting for potential hideouts. Okay, it’s not exactly stealthy, but since its six wheels on three independent axles can power over any terrain, sheer brute force will surely make up for this. If you’re more fight than flight, it’s perfect for tackling zombies head-on. You’ll also find it’s pleasingly plush inside; all diamond-patterned leather and gleaming dials. The world might be coming to an end, but that’s no reason to slum it with cheap plastic interiors, right?

Strengths: The AMG 6x6 can be driven through a metre of water, meaning you could potentially shake off the shambling undead if you take a detour through a (shallow) river.

Weaknesses: Six wheels use six tyres. Tyres that could be mauled, punctured or melted. And you might find it a bit of a challenge to find a spare when you’re on 12.5-inch wide wheels. How tyre-some.

BMW i8 – For style and stealth 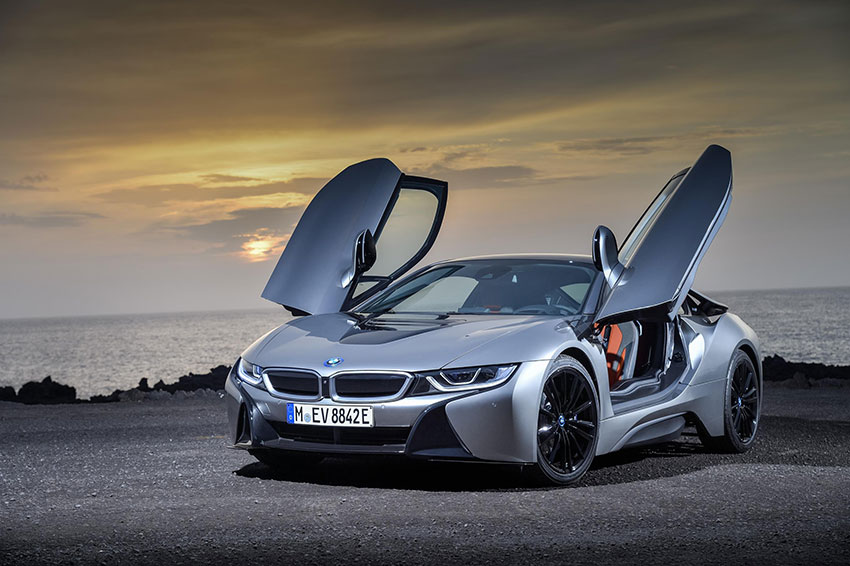 If you’re contending with fast-moving zombies (this is a distinct possibility, see 28 Days Later or Train to Busan) you’ll need a car with serious hustle. Enter the BMW i8. With a blistering acceleration of 0-62mph in 4.4 seconds, it’s the greased lightning you’ll need to outrun a frenzied corpse. Plus, if you’re contending with a panicked mob of humans, its aerodynamic design will help you give them the slip, too. Don’t be fooled by its exquisite good looks; this car might be stylish but it’s also made of super-strong, super-light materials and engineered with some of the most advanced techniques known to humankind. Because it’s electric, you won’t be a victim of the inevitable dwindling fuel supply that’s part and parcel of every apocalypse. Nor will you have to weapon up to head to the nearest filling station. Just plug your BMW i Wallbox into any domestic electricity supply and you’re ready to roam the smouldering wasteland that was once your home town.

Weaknesses: Low ride height, so you’re taking chances with anything that might be lurking around at ground level. 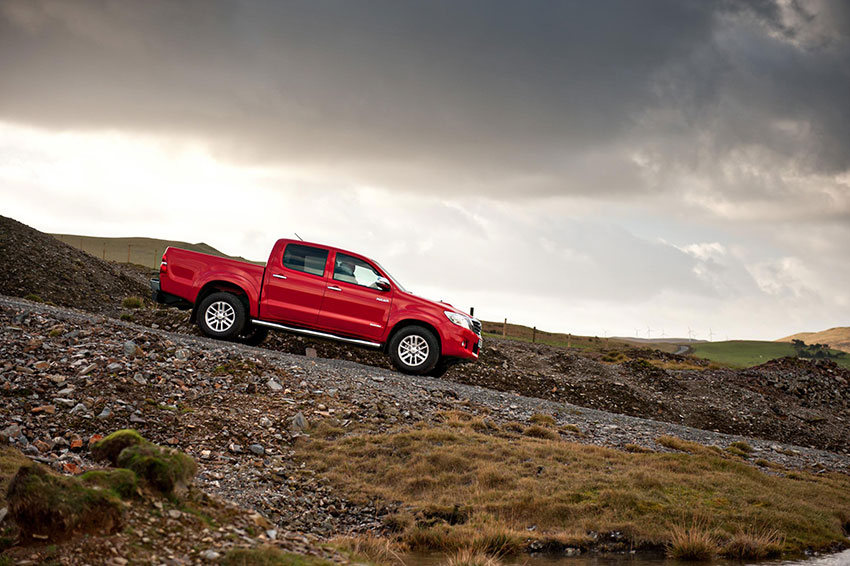 If the end of days is imminent, try to have someone with access to a Toyota Hilux on side. This epic pickup offers four-wheel driving, traction control and a 1,645mm-wide cargo deck. It can also cart an entire tonne of payload (that’s almost 3,000 tins of SPAM), so it’s perfect for transporting vital supplies like water, fuel and weapons. We’d opt for the Invincible trim. It’s got giant, 18-inch alloy wheels and uphill and downhill assist control. This all adds up to superb handling and comfort levels, allowing you to focus on the important stuff: swerving around burning debris and walloping the living dead with a cricket bat. It’s a powerful off-roader, meaning you can take to the hills and escape the pressures of the big city – like when your friends and neighbours decide to eat you next. It’s reassuring to know that the Hilux comes with a 100,000-mile warranty, which should just about be the right amount of distance to put between you and the walking dead before a cure is found.

Strengths: This dauntless drive has been tested on almost every terrain, from the Arctic wastelands to the volcanic soils of Iceland.

Weaknesses: That pesky pedestrian detection function could kick in and brake before you take out a zombie. Not ideal. 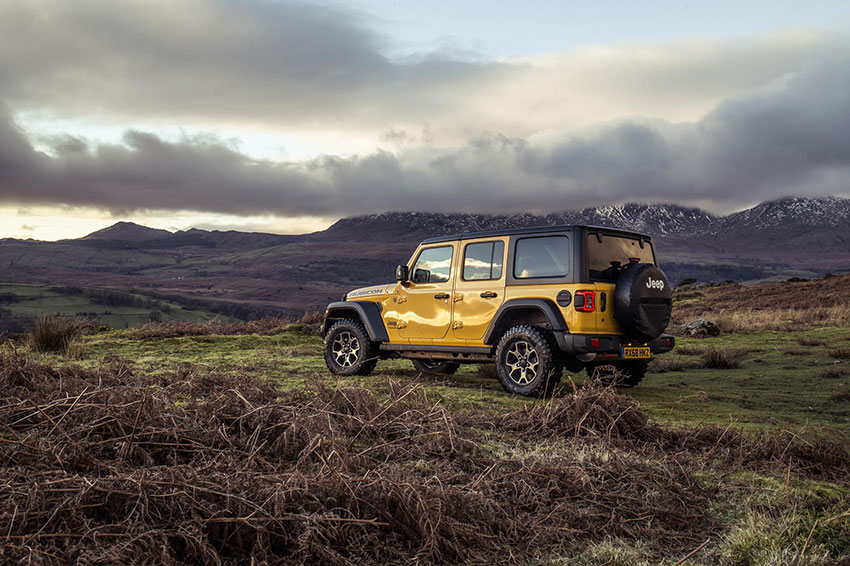 What could be more perfect for going up against an army of the undead than a former army truck? Whether you’re scrambling to the top of a mountain or ploughing down a hillside through muddy farm tracks, you’ll be hard pushed to find a more agile off-roader; it’s basically a mountain goat with wheels. Generally, the less populous the area, the fewer zombies, so heading off into the wilderness is actually a great way to escape the ravenous jaws of doom. With its low-range gearing, locking differentials and huge ground clearance of over ten inches, the Wrangler can help you ford rivers, clamber up near-vertical surfaces and rumble capably through overgrown grassland (we doubt landscaping will be a major concern when all hell breaks loose). We’d recommend the Rubicon model, which offers outlandishly chunky, 33-inch tyres and enhanced traction control. There’s also the added benefit of front and rear tow hooks, so if you need to haul an abandoned car out of the way or stop to help some fellow humans on your escape to the country, you can. Just check the back seats for any disoriented zombies that might have stumbled in before you head off again…

Strengths: Being able to drive at extreme angles without toppling over could come in handy.

Weaknesses: Don’t be tempted to remove the soft top, or you could become a conveniently packaged undead ready meal. 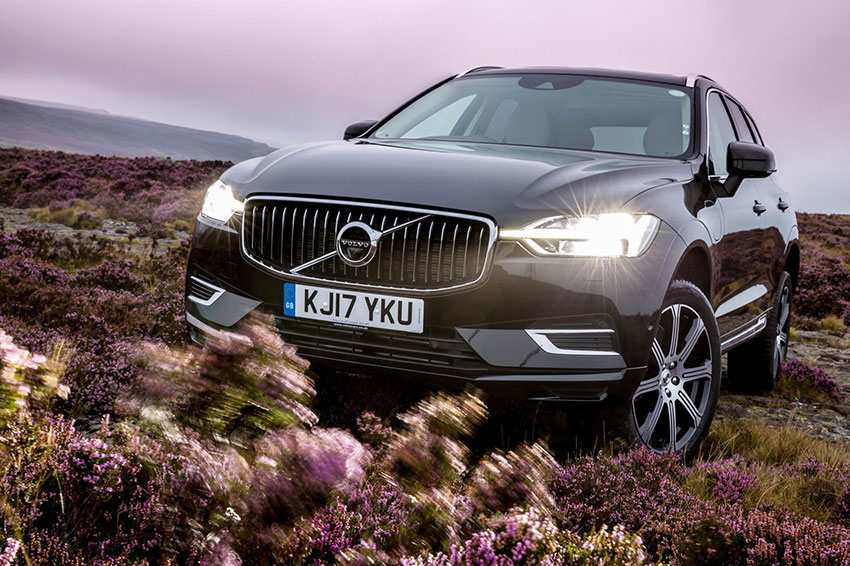 Whether it’s an asteroid storm, a super volcano eruption, or a zombie outbreak, who better to turn to in a crisis than Volvo? In 2016, the company boldly promised that by 2020 there would be no serious injuries or fatalities in a Volvo. We’re not sure if they had zombies in mind when they promised it, though. Nonetheless, the XC60 has been named the safest off-roader in Europe, and has a near-perfect 98% score for adult occupant protection. It’s exactly what you need when a sudden blight of zombies threatens to prolong rush hour... indefinitely. The XC60’s long list of safety innovations includes a blind spot information system, rear collision warning and automatic braking. So while outside might be a maelstrom of blood, guts and lumbering ghouls, inside you can turn up the Harman Kardon sound system and revel in a little Scandinavian serenity. Breathe in the fragrance of leather. Run a hand over the pleasing wooden finish. And… relax…

Strengths: It’s available as a hybrid, which should help preserve fuel.

Weaknesses: Despite being a mid-size SUV, the boot’s actually quite shallow, so you’ll need to be ruthless when you’re packing supplies.