The Astra may be a British institution, but does it have what it takes to keep ahead in the competitive hatchback market? Motoring journalist Jim McGill reviews the 2020 Vauxhall Astra. 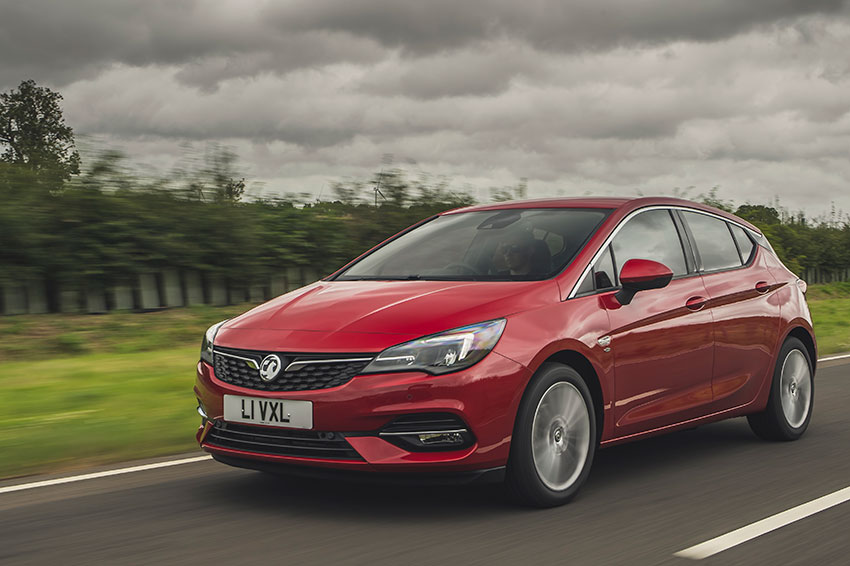 In a market which is now dominated by the likes of crossovers, SUVs and electric vehicles, there’s still a place for the traditional, conventional hatchback. Just as well then that Vauxhall has recently introduced the updated version of its family favourite: the good old Astra.

And before we go any further, let’s put the significance of the Astra in context. More than three million have been sold in the UK over the last 40 years. And Vauxhall says more than 25% of we motorists have either owned, or driven, an Astra. I know I certainly have… but I’m not going to tell you how long ago it is since I drove my first Astra. With those figures, it’s not much wonder the Astra remains a household name.

So, what’s new with the 2020 model, which is available to order now from Arnold Clark, ahead of first deliveries in November?

Externally, not a lot. And to be honest, that’s not such a bad thing because its predecessor was a handsome good-looker. The updated model gets a new front grille, and the ride height sits 10mm lower. And… that’s it. Nothing else has really changed outside.

The big news lies under the bonnet, where a host of changes — every single model has a new engine and gearbox — have been introduced specifically to ensure the Astra is more efficient, more economical and better to drive than it’s ever been. In such a competitive sector, those changes are crucial to maintaining the Astra’s appeal.

So, what’s hidden under the bonnet?

Each of the new engines is a three-cylinder unit. There are three power versions of the 1.2-litre three-cylinder turbo petrol — 110bhp, 130bhp and143bhp — plus a 1.4-litre with 143hp. The smaller engines deliver their power via a six-speed manual, while the 1.4 gets a clever new CVT ‘stepless’ auto.

For diesel lovers, there’s the choice of a 1.5 turbodiesel with either 105 or 120hp. Again, a six-speed manual gearbox is standard, though the 120bhp has the option of a nine-speed auto. Across the new engine range, Vauxhall claims improvements to fuel consumption of up to a whopping 21%. That means a best — under the new WLTP tests — of 54.3mpg for the petrol range and 64.2mpg for the diesels. Impressive.

What about trim and prices? 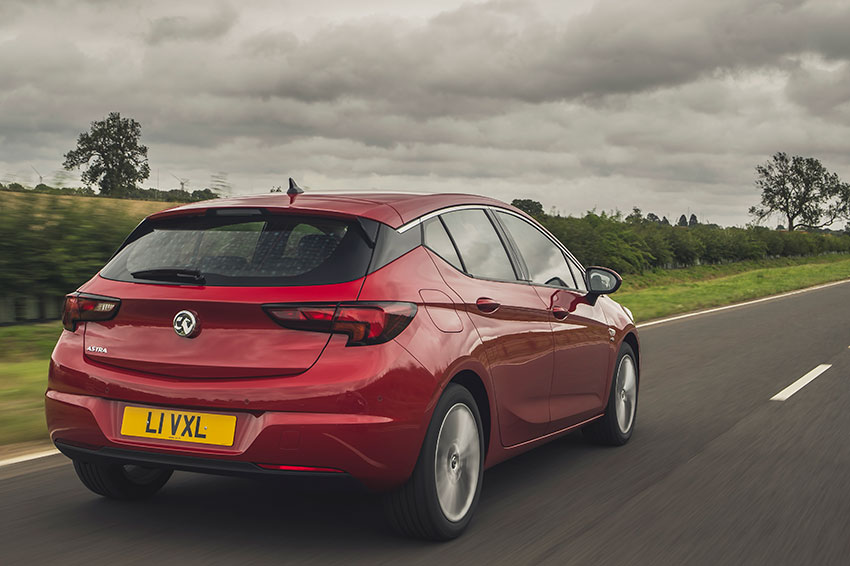 Equally impressive is the fact Vauxhall has, sensibly, decided to streamline the range of trim levels. For 2020, the Astra is now available with the entry-level SE, rising to SRi and SRi Nav, followed by SRi VX, and Elite Nav, before the range-topping Ultimate Nav.

Each of these prices shows a rise of just a few hundred pounds on the models they replace. Crucially, given the amount of new added kit and tech on the 2020 Astra, they still represent good value.

Did someone say ‘extra kit’? 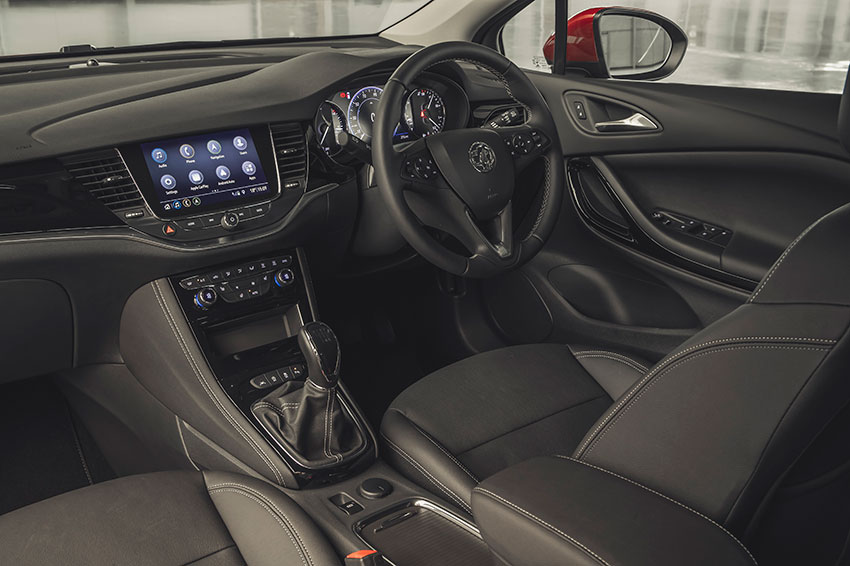 Yup, there’s a host of new goodies in the cabin, which now boasts new soft-touch plastics, which Vauxhall claims provide ‘premium car feel’. It’s impossible to miss the new, standard 7-inch touchscreen — which is very responsive — plus the digital dials lifted from the Insignia. An 8-inch screen is also an option.

There are also higher levels of connectivity for occupants with Vauxhall’s more intuitive Multimedia Radio, Multimedia Navi and Multimedia Navi Pro systems, all of which are compatible with Apple CarPlay and Android Auto without the need for the customer paying expensive subscriptions. Wireless charging for compatible smartphones is also now available, while the latest Astra introduces a heated windscreen to the range.

The designers have cleverly grouped controls and buttons together depending upon their function. That sounds a simple, and logical achievement, but it’s something many manufacturers fail to implement.

In the Astra, the infotainment controls are located closely together; below those are the controls for aircon and heating. Underneath, next to the gear lever, are the buttons relating to driving, such as the SRi’s ‘Sport’ button. And there are even more buttons —which quickly become pretty intuitive to use, ensuring you don’t need to take your eyes off the road — on the steering wheel. Behind it are a pair of elegant new column stalks.

In achieving its five-star Euro NCAP safety rating, the new Astra — which includes six airbags and a range of electronic aids to assist the car’s control — introduces a new, more powerful forward-facing camera with pedestrian detection and traffic sign recognition.

There’s also collision mitigation, which warns the driver if the car suspects an impact’s impending. The clever system also applies the brakes and tries to avoid the impact.

And is it comfortable?

Definitely. This is a car in which you could comfortably spend hours. The spacious cabin benefits from external noise — both engine and wind — being well-suppressed. And setting a decent driving position in the Astra is not difficult. Seats are well padded and supportive, and visibility all-round is excellent. Plus, there’s enough room for four six-footers to sit comfortably.

There are a number of sensibly-sized and shaped storage areas dotted around the cabin. One space I know which will get lots of use is the section low down on the centre console: ideal for holding and charging your smartphone.

As for storage, there’s a useful degree of flexibility which will suit the majority or people, with the boot space — 370 litres with the rear seats in place — just 10 litres shy of that of the Volkswagen Golf. Flip the back seats over and stowage increases to 1210 litres, which then puts it 60 litres behind the Volkswagen. 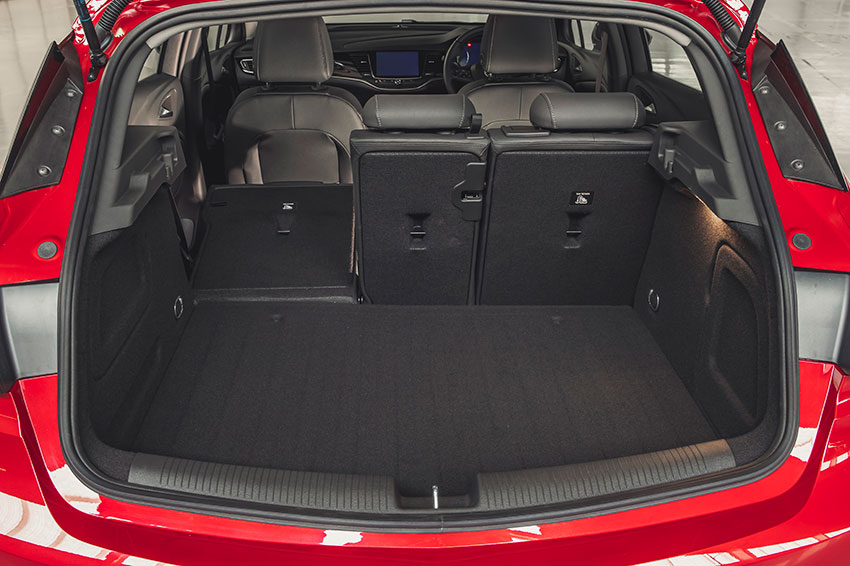 The Astra has always had its loyal following, and that will no doubt continue. It remains one of those unassuming cars that seems to just quietly get on with its role while not attracting any attention.

And that’s no bad thing. The Astra remains a very good car, in its own quiet, impressive way, and with its comprehensive combination of engines, trim levels, plus choice of hatchback and estate, there will definitely be a model to suit you.