Tim Barnes-Clay tests out the Peugeot e-2008 to see if this electric car can match its conventional counterpart. 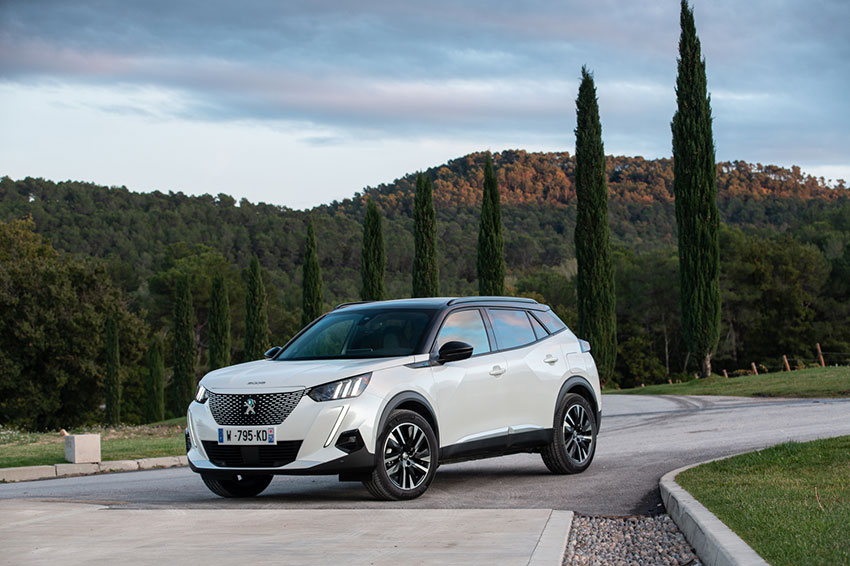 Peugeot’s latest offering comes as part of the fresh 2008 SUV line-up. The French automaker doesn’t want the car to be seen as special or different, it merely wants the alternative energy vehicle to be there for people to select from the range if they so wish. But who’s it trying to fool? This is Peugeot's first all-electric SUV, and it's a critical model for Peugeot and the whole of PSA, their parent company.

You see, SUVs are the height of automotive fashion in Europe and as the cost of high emissions increases, in more ways than one, we’re all going to have to start driving more eco-friendly cars. Then there's 2040 – the year when the UK aims to stop making any more cars with internal combustion engines. It's only 20 years away. Look back, and we were in the year 2000 – so two decades can go by in a flash. I'm not saying petrol or diesel cars are dead – but there is a significant shift towards electric now – and, bit by bit, Peugeot and other large car manufacturers are ushering in pure-electric cars.

Why this slowly, slowly approach, though? Well, fundamentally, we human beings are creatures of habit – we don't like change. And the transition from ‘normal’ cars to electric ones is a big one in the eyes of most current drivers. Of course, for our children who are yet to drive this won't seem like a shift at all. They will be used to alternative energy cars. Indeed, to them, there won't be anything ‘alternative’ about them; they will simply be a car. Anyway, we’re at where we're at, and for the time being the Peugeot e-2008 is a commendable enough electric car. For one thing, it looks just like the standard new 2008 SUV, which is a good thing because the model, in any grade, is very stylish. The 2008 has the appearance of a shrunken 3008 SUV in many ways, but the interior is even better. 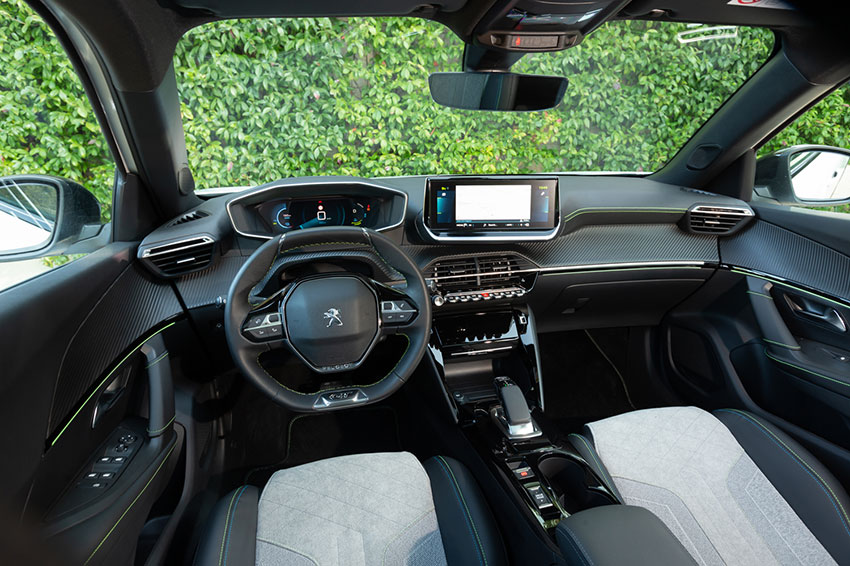 Features such as 3D information projected into your eye line in a hologram-like way is the stuff of sci-fi movies. Then there's the quality of the materials used throughout the cabin. It's an interior ripped straight from a Merc or an Audi, surely? Yes, these days Peugeot is right up there with the big boys in terms of refinement. The car’s 10-inch colour multimedia touchscreen is simple to use and is fitted with TomTom Traffic connected 3D Navigation. It also has Apple CarPlay and Android Auto connectivity. So, if you have an Android phone or iPhone, it’ll harmonise with the e-2008’s media system. The car also offers genuine space for five people upwards – and it has a boot large enough for the needs of all the family. Because, yes, the e-2008 is a family car and there are no two ways about it. It's a compact SUV, sure, but a useful one if you aren't part of a vast clan.

The new French motor drives well, too. It stays flat in corners and pulls quickly from a standstill, as do all electrically propelled cars. The e-2008 is eerily quiet at slow speeds, and only the whoosh of the wind or tyre rumble disturbs the hush on motorways. The tiny steering wheel is a joy to grip, too, making you feel as though you're in something sporty – not a car that's environmentally ‘worthy’. 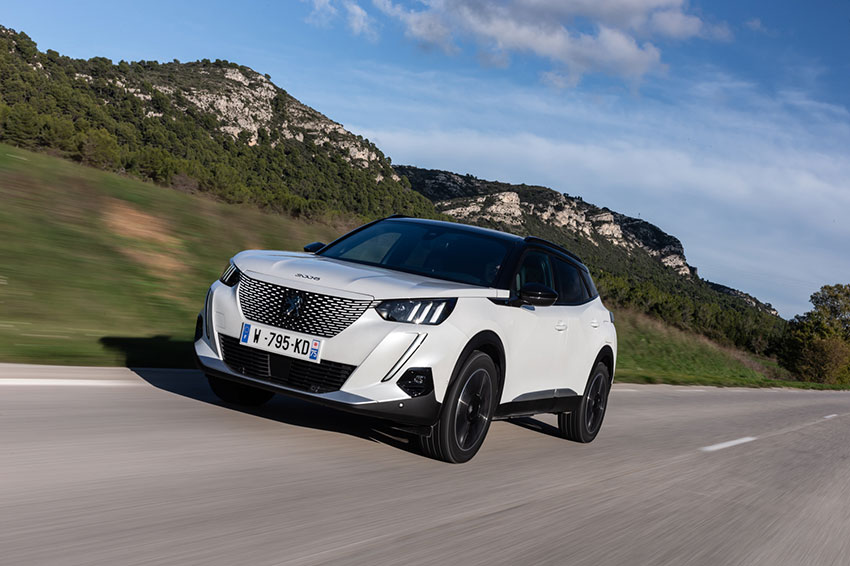 There is a slight sense of detachment, and that mainly comes from the lack of sound. It feels as though you’re at the helm of a computer game or a car simulator rather than the real deal. I suspect this is because I’ve been driving for over thirty years, and I’m used to the grumble of an engine – or some sign telling me I’m going faster. Here in the Peugeot, and all other electric cars, the only sign is the speedometer and the above-mentioned wind and tyre factor.

Now, coming back to the all-important range issue, the e-2008 will do up to 193 miles before its charge is depleted. That’s good, but not stunning. We’re looking at around 282 miles on a single charge from the likes of Kia’s e-Niro. And Hyundai’s Kona Electric long-range version will give up to 279 miles before the battery spits out its last spark of energy.

Still, 193 miles is a decent enough figure, and the e-2008, as with all other fully electric cars, won’t cost you a penny in road tax. You’ll also be doing your bit for the ecosystem, and you’ll be immune from London's Ultra-Low Emission Zone (ULEZ) charge. 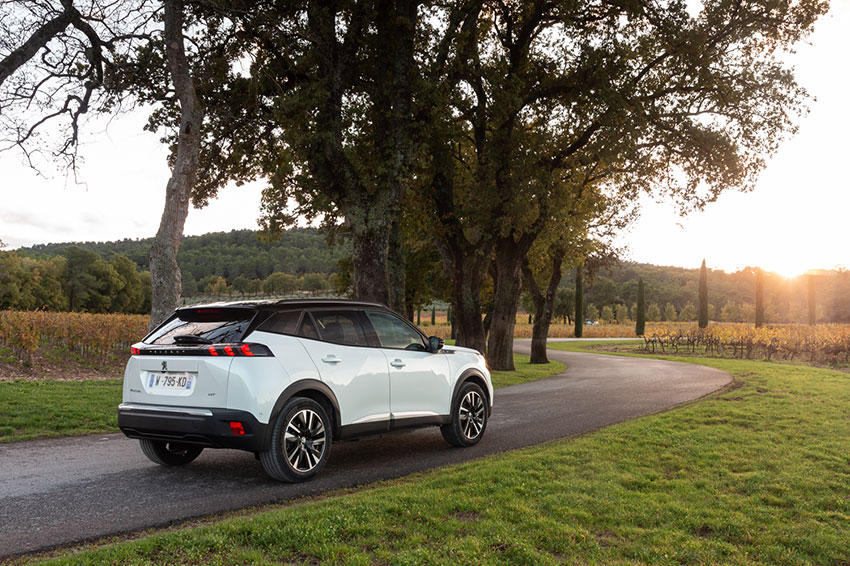 Oh, and with Peugeot’s 100Kw all-electric motor and 50kWh battery, the e-2008 SUV generates 136ps, meaning performance isn’t in short supply. I can't give you the 0-62mph time or max speed, because I was given an early test of the car – and all figures haven’t been finalised yet. You can order your new e-2008 now, however - and the car is expected to be in UK dealerships by April 2020.