It’s a Clio, but not as we know it. Tim Barnes-Clay sings the praises of the all-new Renault Clio. 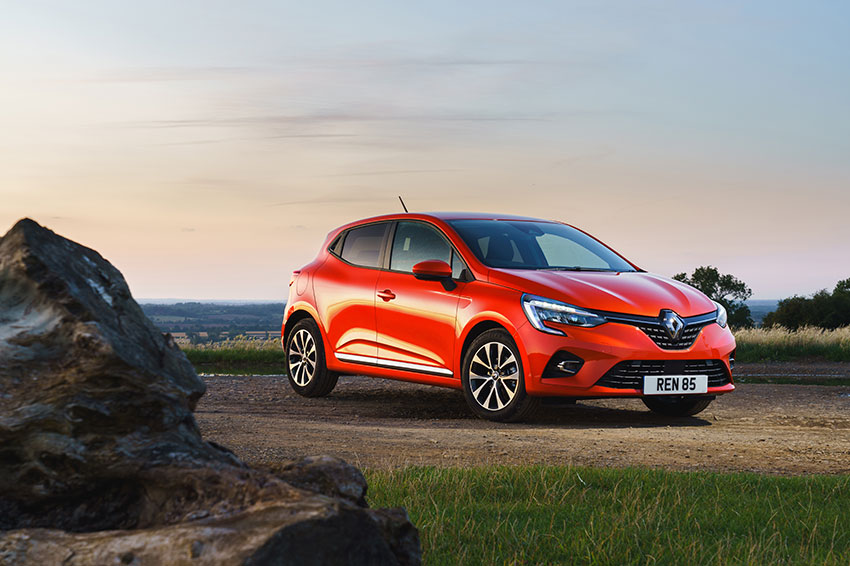 I have never been a fan of French cars. They’ve have always ridden too softly for my liking – and the gearboxes tend to have a long throw.

That is until I drove the all-new Renault Clio.

The all-new Clio is compact, but it has immense kerbside presence. The striking orange and blue colours at launch make the vehicle stand out more than it has any right to. It sits low on its haunches, even in basic 1.0-litre guise, with smart alloys that fill the wheel-arches satisfyingly. The rakish roof and stubby antennae also throw some sportiness into the mix. Then there’s there are the hidden rear door handles in the five-door hatch that give the illusion of a three-door machine. I like the exterior of the all-new Renault – and I like it a lot. 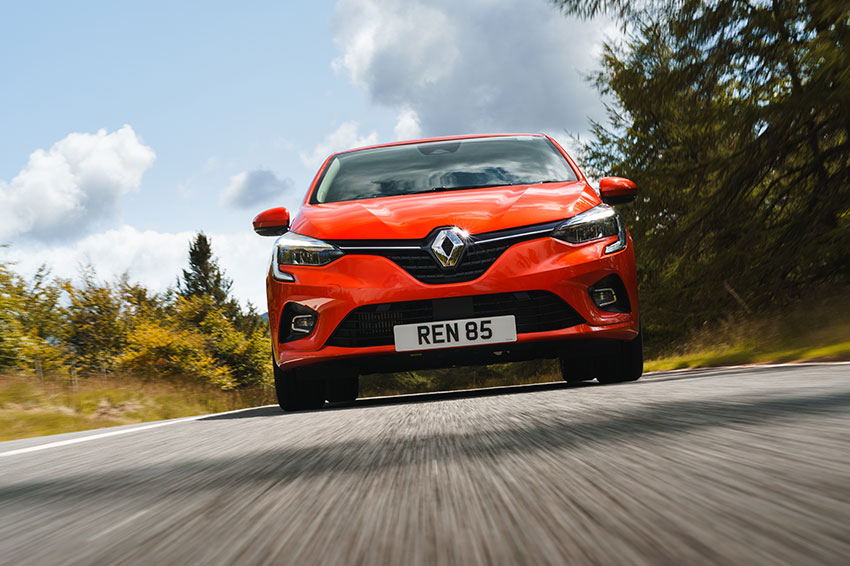 So, the Clio’s new look is a winner - but it's nothing compared with the cabin. Wow, step inside, and your world changes. ‘This isn't a Clio, surely?’ I thought. The dashboard, the infotainment screen, the slim seats and the room – all felt as though they belonged in a car in a different sector – a segment way above the supermini grade. The French hatchback has an executive interior, and with tech you could only have dreamed about when the Clio first came on the scene way back in 1990. Then, Apple CarPlay and Android Auto would have been the stuff of sci-fi – as would the digital radio and sat-nav.

But it isn’t just about technology; this car has the feel of a premium car. Even the texture of the leather steering wheel in the 1.0-litre Iconic TCe 100, as driven for this test, feels good to grasp. Then there’s the accurate five-speed gearbox – it’s a joy to use, with only the lack of a sixth gear making you grate into reverse occasionally. The gear knob is a grand affair as well – feeling chunky in the hand and coming with a bevelled chrome-effect finish. 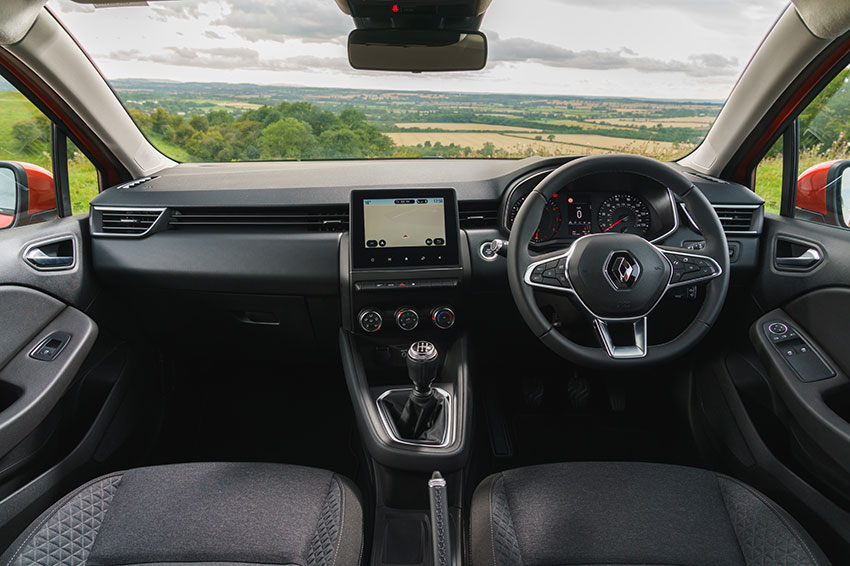 Get the new Renault Clio today? Available for just £199 per month^

There’s real space for real people in this all-new Clio, too. Four adults will fit in because there’s 25mm more kneeroom than before – and the boot will now hold 391-litres of luggage. It’s a small set-of-wheels, but with big car practicality. The hatchback also punches above its weight in terms of safety, having been awarded the top five-star crash-test score by Euro NCAP. Some of the equipment helping make this a safe car includes Adaptive Cruise Control, Traffic Sign Recognition, Lane Keeping Assist and an optional 360-degree Reverse Parking Camera. Renault also makes the Clio available with Active Emergency Braking, Blind Spot Warning, Lane Departure Warning and Hands-Free Parking. On the road, the 2019 Clio TCe 100 feels nippy and planted – not bad for a model with only a 999cc three-cylinder engine under the lid. Zero to 62mph arrives in 11.8 seconds, and the top speed is 116mph. What's more, this version of the Renault Clio will do 54.3mpg on an average run. 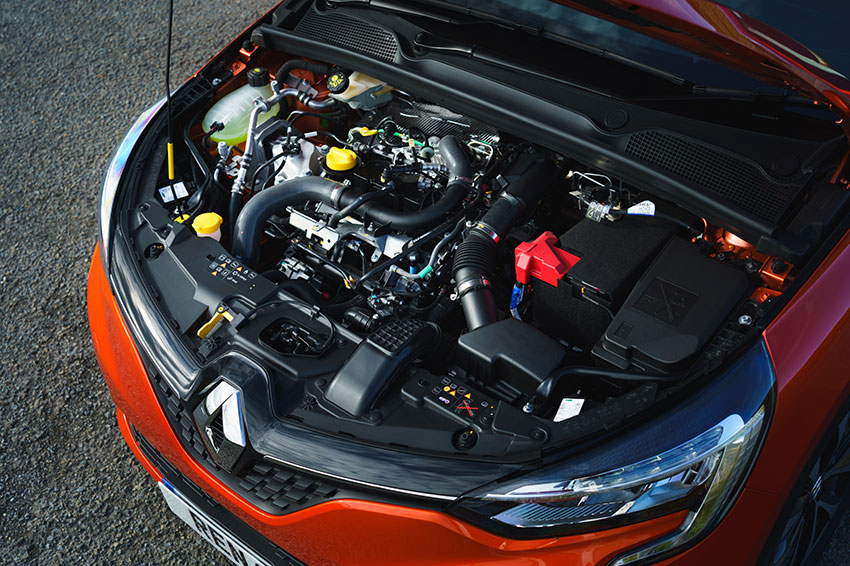 There's very little to not like about this car. I’d have one of these – no doubt. There’s nothing squidgy about the ride – and there’s no throwing the gears like a bowling ball down an alley any longer. Renault have got it right with the latest Clio – and I guess they’ve been getting it right for a long time. After all, the Clio is the best-selling French car ever. Fifteen million units have been sold since 1990 – and it's currently the number one supermini in Europe. That's based on the outgoing model's popularity, though – so we'll have to see how well this all-new version does.

When Renault says ‘all-new’, it really means it. The freshly launched Clio has been built on a completely different platform. It's designed for the future so that Renault can turn it into an electric-only car one day. It's also geared-up for autonomous driving – should that tech ever become a real-world reality in the UK and the rest of Europe. In many ways, the Clio is about evolution and revolution, then. More evolution has gone into the exterior, though, while real revolution has been injected into the interior. In many ways, innovation is a word that can be used for this hatchback, too. The car is stronger than ever, but lighter – by 50kg.

The all-new Renault Clio is an eye-opener, then. It’s poles apart from the exiting model – but still recognisable as a Clio. It’s desirable and entertaining, yet practical and not too pricey either. In basic Play SCe form, you can pick one up for just £14,295. The mid-range Iconic TCe, tested here, is only £16,295 – and the most expensive Clio – the R.S. Line TCe 130 EDC is a very reasonable £20,295.

The story isn’t over for the new-Clio yet, though. An even newer E-tech Hybrid will join the line-up in 2020. Renault claims it’ll boast a 100 per cent electric start – and will drive on electric for up to 80 per cent of the time in urban scenarios. I can’t wait to test that. But for now, sit back and drink up the sight of the all-new Clio on Britain’s roads. The model will sell like hotcakes I reckon. 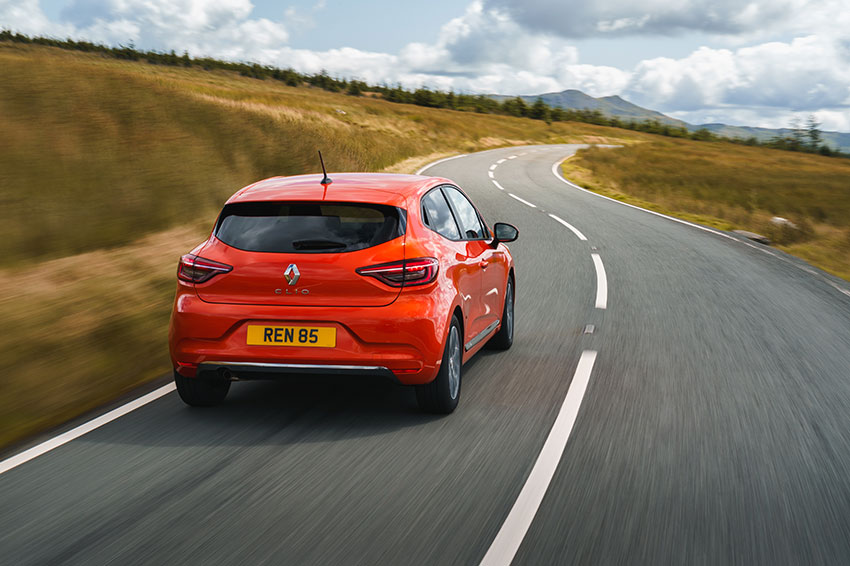 ^ Offer available at time of publication.