The future of electric car batteries

As the age of the electric car begins, we look ahead to the potential innovations in battery technology. 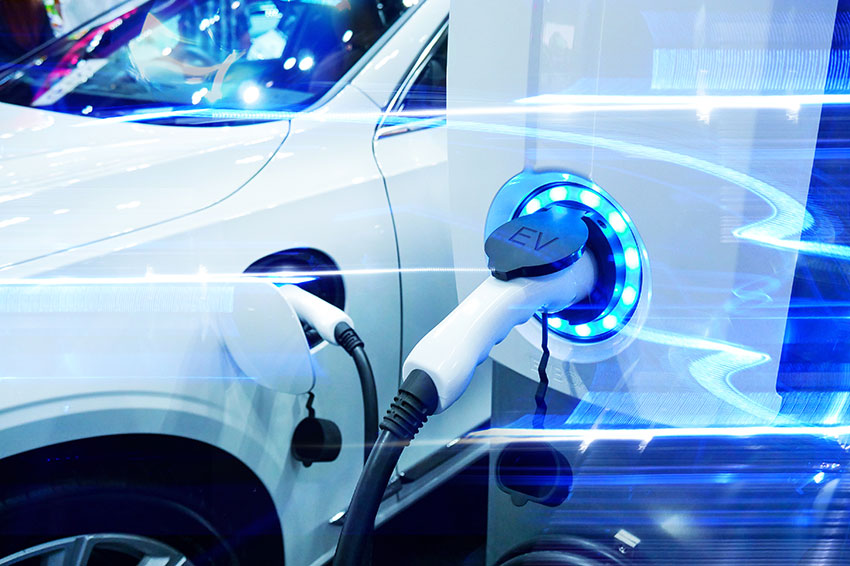 What are the next innovations in battery technology?

As the time of conventional fuel draws to an end, the motor industry is looking to an electric future. But can batteries provide both the range and the reliability that consumers need to keep them on the road?

Katie Pizzolato, director of applications research at IBM, was quoted as saying ‘We need to find fundamentally different chemistry to create the batteries of the future’.

Chemistry has never been my strong suit, but that doesn’t sound straightforward. So, can battery technology quench our seemingly insatiable appetite for range, range and more range and our desperate need to get back on the road quickly when those batteries need a boost?

The short answer is, probably.

Electric vehicles (EVs) of the early 21st century already deliver spectacular performance, are eerily quiet and the post-purchase running costs can bring a smile to the face of even the most profligate among us. But of course, there is room for improvement, and there will need to be as mass-market adoption of EVs accelerates. By 2030, it is expected that over 50% of car production will be partly or wholly electric.

Customers and prospects alike are clamouring for a solution to the problem with EVs that stands head and shoulders above all others – range anxiety. Fortunately, there are some major household names including Samsung, BP and Daimler looking at the range anxiety conundrum and these same organisations are putting their money where their mouths are and investing in dynamic businesses like StoreDot.

StoreDot is showcasing lithium-ion batteries – the same type car manufacturers are using now – that can fully recharge in 10 minutes! That’s only slightly longer than it takes to fill a petrol or diesel car at the forecourt, meaning range anxiety, and the dreadful prospect of spending hours in a soulless service station, are eliminated.

The question on the lips of the scientists tasked with solving lithium-ion battery issues is, how can we stop ion congestion and the potential for short circuit? The StoreDot solution is to replace the traditional graphite electrode with semi-conductor nanoparticles into which ions can pass quicker and easier in order to store charge. Ultimately their team is aiming to develop a silicon anode to replace the nanoparticles which will be cheaper, potentially more sustainable and have 10 times the capacity of graphite. It’s encouraging that this is also a route being looked at carefully by the University of Eastern Finland, Tesla and others.

Perfecting the battery technology is one thing, but production (of which more later) is another. No less than the world’s richest man and boss of Tesla, Elon Musk, described battery cell production as a ‘very important problem’. So, it’s great news that StoreDot has demonstrated their battery’s viability by engineering the units on the production line, not just in the lab.

But what about cost? Unsurprisingly, the organisations developing these technologies are at pains to say their innovations won’t increase costs, but others like Anna Tomaszewska of Imperial College London, are less sure. She was recently quoted as saying ‘…we’re likely to initially only see them in niche markets that are highly performance-driven and not as price-sensitive as electric vehicles,’

Taking the next step

It’s clear lithium-ion batteries have not hit a development ceiling as is the common misconception, however, perhaps the most likely to supersede the lithium-ion approach in the short term is the solid-state battery.

They are seen by many as the next big thing for EVs. They work in much the same way as the lithium-Ion variety, but the electrolyte (the mechanism for transporting ions from the cathode to the anode in a battery cell) is a solid rather than a liquid.

Well, what on earth does that mean and how does it help? It’s a fairly straightforward concept in which Samsung – the South Korean multinational conglomerate – has been making significant strides.

Solid electrolytes (the jury is still out on what’s best, but it could be glass, solid polymers, sulphites or ceramics) are much denser than their liquid counterparts. Put simply, this means you can pack more punch into a smaller package. Imagine the same performance in a much smaller, lighter battery, or much improved performance from a set up similar in size to existing batteries, and you get the picture.

Bentley, the iconic ‘British’ car maker sees solid state technology as the key to opening up the market for their high performance, luxury vehicles. The batteries can be smaller and lighter, and because solid state batteries produce far less heat, the cooling systems required to maintain operational efficiency don’t need to be as large or as powerful. That means lighter, faster, more agile electric cars with great range and extremely robust powerplants.

Delve deeper and there are in fact plenty of other options on the table. For example, Monash University has developed a lithium-sulphur battery that can power a smart phone for 5 days (wouldn’t that be nice) and could, in theory, offer a 1,000km range in an electric car. IBM has discovered new battery chemistry that uses materials extracted from seawater! Their new battery, being developed alongside Mercedes-Benz, will out-perform lithium-ion and is free of heavy metals like cobalt – an increasingly rare earth metal being harvested at alarming rates.

Are there other problems to solve?

Solving one problem often throws up another and there’s some concern over the potential for fast charging to degrade battery performance. The general consensus is that in order to give an EV any sort of practical longevity, the battery will have to stand at least 500 fast charging cycles while retaining maximum capacity. Happily, StoreDot’s experts have shown that their battery can run a fast-charging cycle 1,000 times while retaining 80% of capacity and some competitors, like EC Power, promise 2,500 cycles before any significant degrading occurs.

Using completely unscientific methods, that’s about 1 million miles before the battery dies! Safety is clearly a key consideration. Exothermic reactions in lithium-ion batteries can cause them to get very hot and in some extreme circumstances catch fire or rupture. The risk of this happening in a solid-state battery is negligible because the flammable chemicals present in a lithium ion battery are no longer required. And in IBM’s seawater-sourced technological marvel, the chemicals don’t have the same flammable properties. These safety improvements only enhance the case for more investment and their continued rapid development.

This is all great stuff but accelerating adoption of EVs will throw up significant battery manufacturing problems. The good news is this problem is also being tackled, not least by Project Quantum – a national collaboration led by AMTE Power, based in Thurso, Scotland. They are working with 10 partners, including Strathclyde University, to develop the supply chain and make it more efficient and greener, all helping the UK, according to AMTE Power CEO, Kevin Brundish, to ‘become more competitive on the international stage’.

Finally, there is of course an elephant in the room. However, safe disposal of batteries is a whole other story…

Moving in the right direction

It’s often said that necessity is the mother of invention and creating efficient, green, high performing batteries is ever more necessary as the climate crisis deepens. It seems some brilliant minds are up to the challenge and I have no doubt that range anxiety is set to become a thing of the past and our scientists will overcome the barriers to complete acceptance of an EV future.

If you want to know more about our electric future, visit the Arnold Clark Innovation Centre.