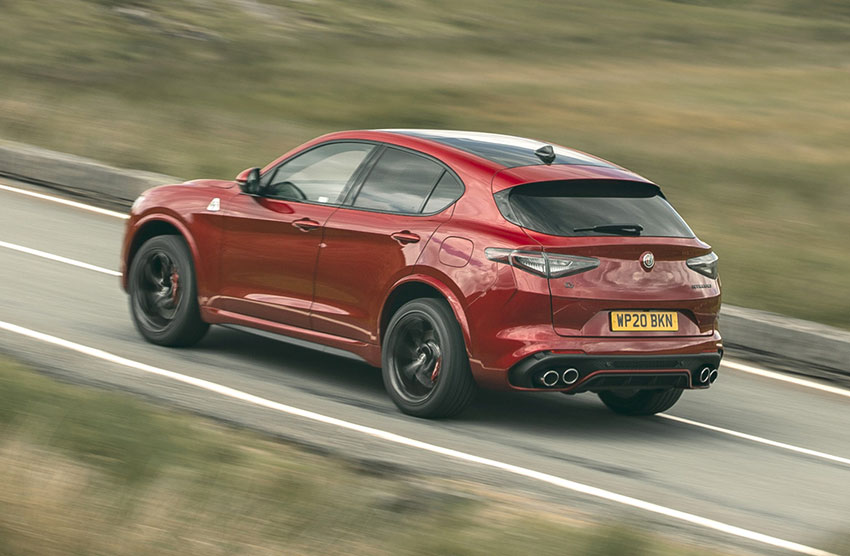 One of the world’s fastest SUVs has broken cover in the shape of the Alfa Romeo Stelvio Quadrifoglio.

Emblazoned with clover leaf badges – the mark of any high-performance Alfa – the red-hot Stelvio has lapped the Nurburgring in Germany in just seven minutes and 51 seconds.

That’s quicker than a Lamborghini Gallardo or a Mercedes-Benz SLR McLaren - and on the road the Stelvio Quadrifoglio knocks the likes of a Range Rover Sport or Audi’s SQ models into a cocked hat. 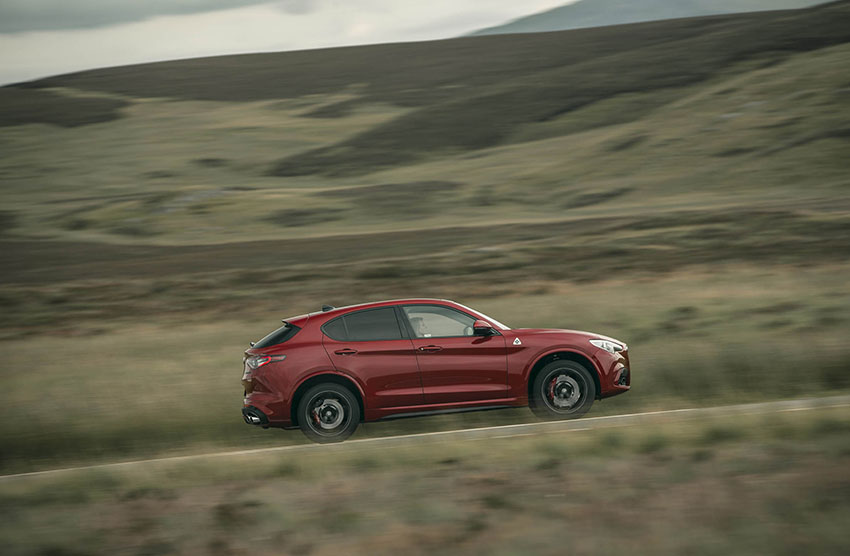 Powered by a 2.9-litre V6 bi-turbo engine boosted to 510bhp, the Quadrifoglio has an incredible top speed of 176mph and can complete the 0-62 mph dash in a Ferrari-like 3.8 seconds. That’s quite incredible for a car weighing 1.8 tonnes and capable of mixing with the off-road fraternity.

The automatic all-wheel-drive system is set up to deliver maximum power to the rear wheels, but can switch to anything up to a 50/50 drive pattern in the blink of an eye. 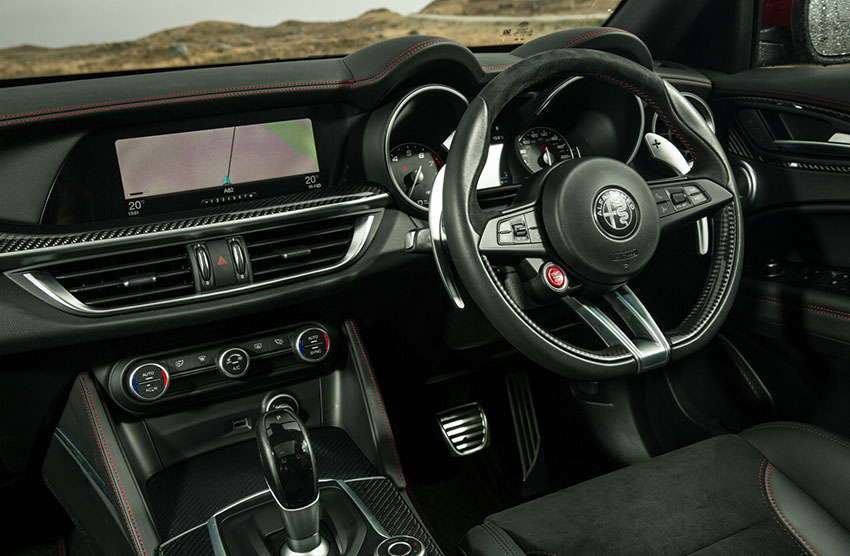 It’s daunting stuff, perhaps, but it’s one of the fastest SUV’s on the planet, embellished by some snazzy body tweaks - air vents in the bonnet, an aggressive front and a rear diffuser flanked by twin exhaust clusters. 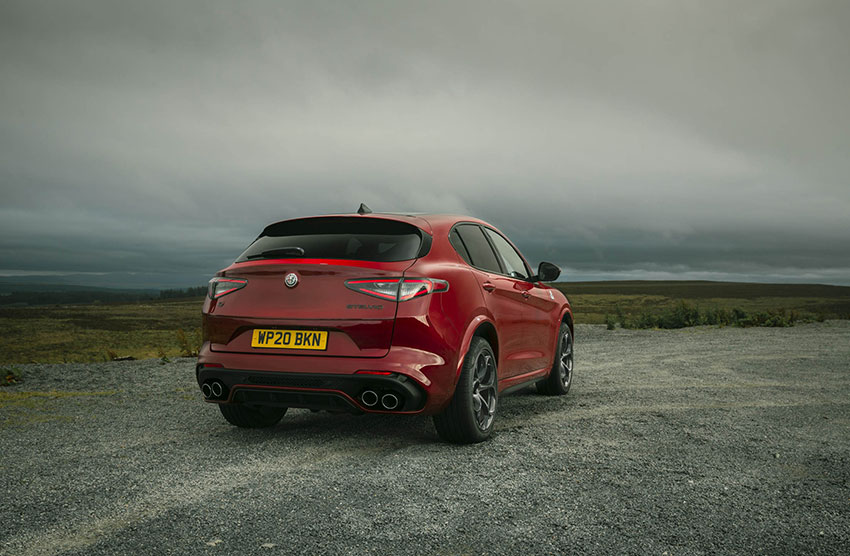 Inside, there’s plenty of carbon effect in the trim, across the dash, the door cappings and seat backs, while Alfa’s DNA multi-mode drive selector sits next to the gear shift.

The Quadrifoglio is an eight-speed auto with very large paddle shifters which flank the steering wheel and just crave to be used. When you leave track mode for what it’s intended, and switch into dynamic setting for some sporty handling, the car flies. 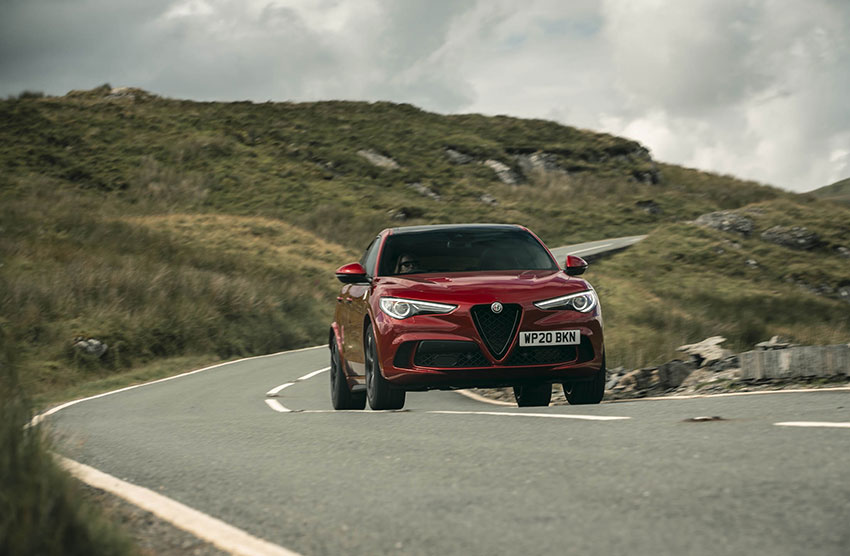 The car feels slightly heavy through the steering, but that’s no bad thing and the response is smack on. When opening the throttle up, there is a wonderful sound from the quad exhausts and the grip from the all-wheel-drive really tells.

Normal mode is not quite as rewarding if you’re looking for a thrill, but it’s sufficient. Meanwwhile, it’s also possible to switch off three of the cylinders in the advanced setting which leans towards a more economic drive.

Officially, Alfa rates the Stelvio Quadrifoglio at 28.8 mpg with emissions of 227g/km, and we saw an average of 23.2 to the gallon on the trip recorder over a run of many miles.

The handling is equally impressive and there are no compromises when it comes to practicality, with the Quadrifoglio having the same amount of space inside and in the boot as the regular model – 525 litres with a tyre repair kit, or 499 litres with a spare wheel. Fold the rear seats and there’s even more space with 1,600 litres of room available. 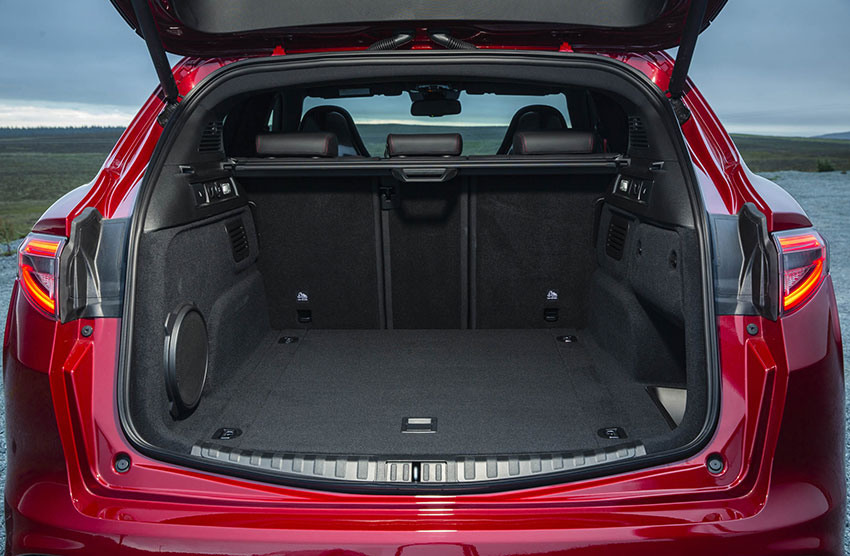 The mighty power is well contained, which is a bonus, and around town the high performance Stelvio is easy to drive. Yes, the Stelvio Quadrifoglio is expensive, yes, it’s extremely quick; and yes, it looks fantastic.

For those interested in such a car, the Quadrifoglio ticks all the boxes, and as a flagship model it has everything going for it – a brilliant blend of power, practicality and panache.