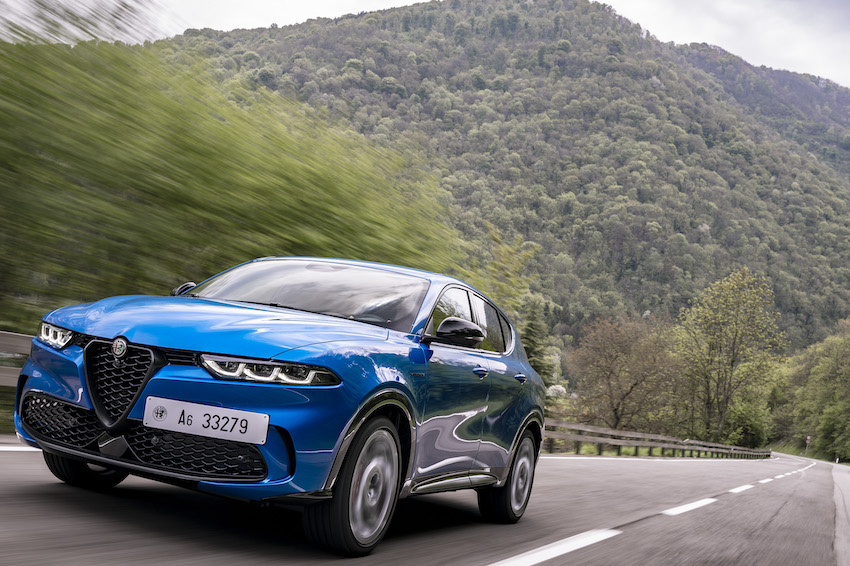 Alfa Romeo has revealed its first hybrid, the Tonale premium compact SUV, and it will hit the market later this year.

Going head-to-head with the likes of the BMW X1, Audi Q3 and Volvo XC40, the Tonale sits beneath Alfa’s Stelvio SUV and will be available in three specifications: Speciale, Ti and Veloce.

In what is often seen as a style-driven segment, the Tonale delivers plenty of Italian coolness with its sharp, cutting lines. Appearing in production three years after it was first unveiled as a concept at the Geneva Motor Show in 2019, it is also one of the longest cars in its segment, measuring 4,528mm in length.

That length, supplemented by a low roof height of just 1,601mm, gives it a much sportier stance than its upright rivals, such as the X1.

Is there a choice of hybrid engines?

No. Power for all Tonale models comes from Alfa Romeo’s first hybrid powertrain, a 157bhp, four-cylinder turbocharged 1.5-litre petrol engine mated to a 48V electric motor and a small battery. Power is sent to the front wheels via a seven-speed dual-clutch automatic gearbox. Performance is appealing, with a 0-62mph time of 8.8-seconds, a top speed of 131mph and fuel consumption of 44.8mpg, according to Alfa. 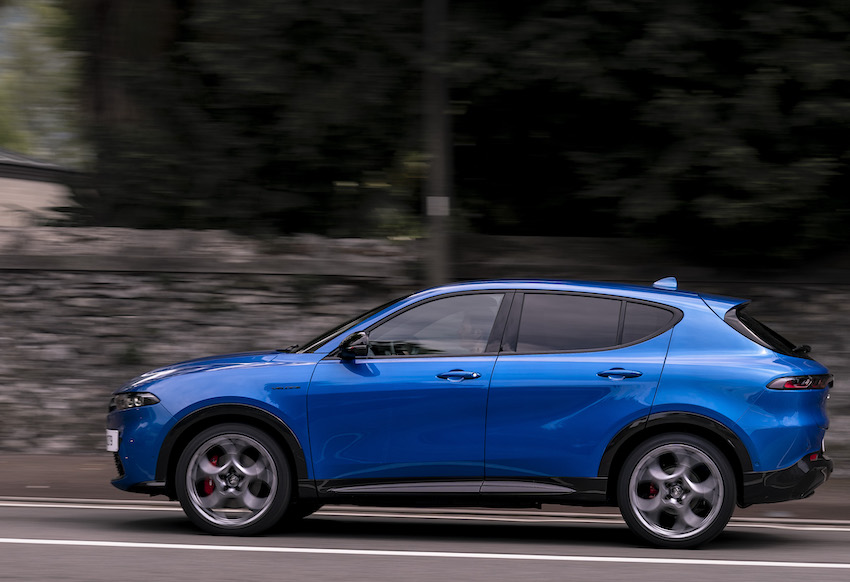 The Speciale, which will only be available at the Tonale’s launch, starts at £38,595 (PCP: 48 x £429 plus deposit of £8,300) and includes a 10.25-inch touchscreen infotainment system with sat nav, Apple CarPlay and Android Auto, and wireless smartphone charging. Additional standard kit includes automatic wipers, electric mirrors and dual-zone air conditioning.

Across the Tonale range, you can expect a fantastic selection of tech as standard, such as an electric tailgate, a reversing camera, front and rear parking sensors, keyless entry, automatic headlamps with dusk sensor and automatic high-beam, electric folding and heated exterior mirrors, a six-speaker sound system and wireless charging pad. And it doesn’t end there, as there is also cutting edge safety tech, including forward collision warning, traffic sign recognition and adaptive cruise control.

Priced from £39,995, the Ti adds a bespoke exterior design with a chrome front-grille bezel and gloss-black inserts, mirror caps and wheel caps. Eighteen-inch alloys are also standard. The cabin is fitted with black cloth upholstery, plus there’s a leather steering wheel. 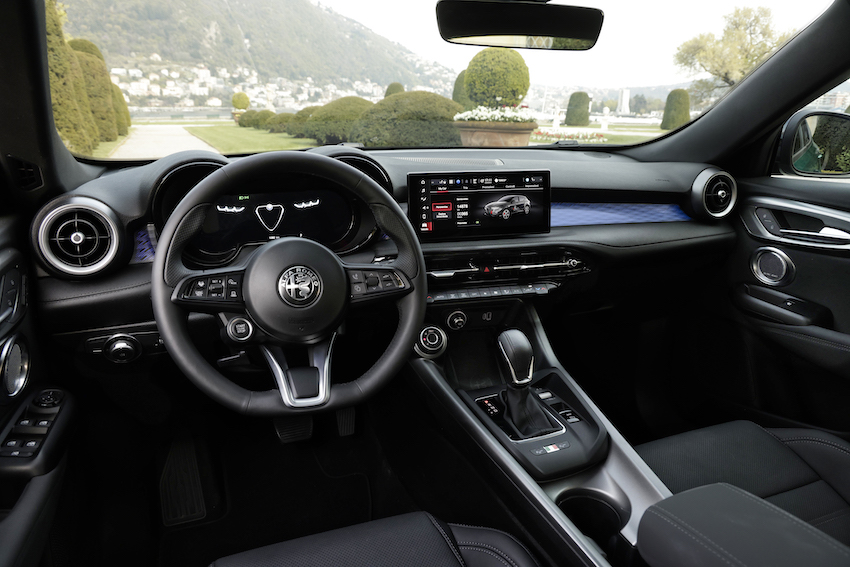 Is there a sportier version?

There’s no question the range-topping Veloce, which starts at £42,495 (PCP: 48 x £489 plus deposit of £8,499), is the sportiest-looking model in the range, boasting a different styling altogether with matte-black inserts, privacy glass, a darker front bezel and 19-inch alloys. And while there are further improvements in the cabin, including black-and-red Alcantara upholstery, plus aluminium pedals and gearshift paddles, the most noticeable difference is an improved ride. The Veloce is fitted with dual-stage valve suspension as standard. Worth mentioning, it’s understood the range will be further supplemented with the addition of a 271bhp plug-in hybrid Tonale.

All Tonale models get a 500-litre boot. The designers have hit the spot too, combining both a wide enough opening with an adjustable floor to offers a setting that sits flush with the rear bumper. Thoughtfully, there’s also plenty of tie-down points, plus a 12v power socket.

The Alfa Romeo Tonale is now available to order at Arnold Clark with prices starting from £38,595, or a monthly PCP of £429. First deliveries are scheduled to start in September.