Jim reviews the Corsa, which is celebrating its 40th anniversary and become one of the most sought-after electric superminis on the market. 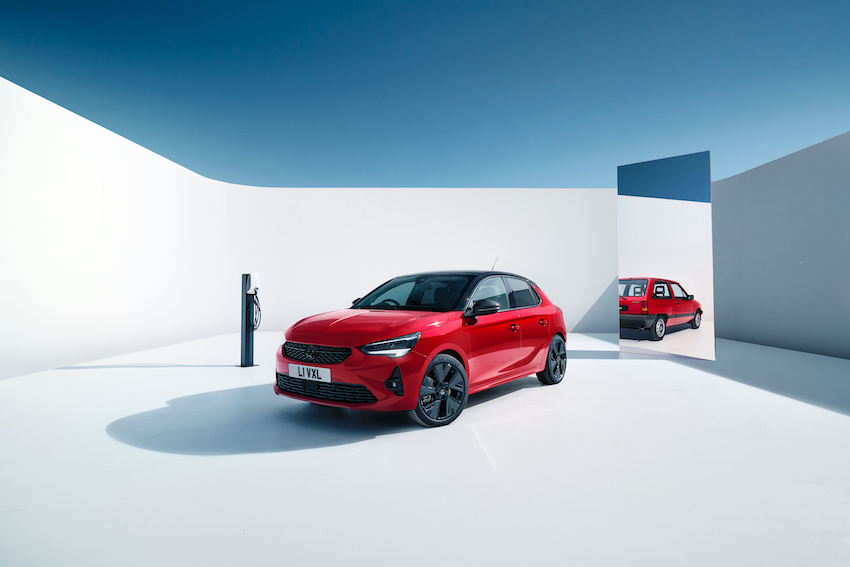 The Vauxhall Corsa, or Nova as it was originally known in the UK market, has experienced something of a mixed existence.

At one time in its early life, it was overlooked in the supermini stakes, then adopted later by the youngsters who bagged one to modify and customise. Now, lo and behold, the Corsa is not only celebrating its 40th anniversary, but it has become one of the most sought-after electric superminis on the market. How did that happen?

The latest Corsa is, without question, a good looking piece of kit. And in its all-electric Corsa-e form, underneath its outer skin it shares more than a little with its Stellantis sibling, the Peugeot e-208. And that, most certainly, is no bad thing.

Ok, so what are we actually reviewing here?

This is the Vauxhall Corsa-e Anniversary Edition. Not only does it mark the 40th birthday of the Corsa/Nova, but it also coincides with the Corsa being the UK’s bestselling car of 2021. I know, who would have thought it?

This landmark model, priced from £31,000, is available only with Record Red paintwork, inspired by the original Nova’s Carmine Red colour. The sports seats are also bedecked in tartan trim, another romanticised nod to those of the Nova SR.

Oh, and if you like tartan, you’ll be beside yourself with joy. For the owner, each car comes with its own pair of special collectors’ socks that feature both the heritage and modern versions of the special tartan. This is certainly something, perhaps marketing genius? Anyway…

The latest version of the Corsa-e has been upgraded, and those changes are included in the Anniversary Edition. The biggest improvement is the increase of range from 209-miles on a full charge, to 222-miles. The increased range — which is more than adequate for day-to-day city driving — is due to a better optimisation of the car’s heat pump, plus a new final-drive gear ratio.

There are no other mechanical or electronic changes. It still uses the same 50kWh battery, supplying a 134bhp electric motor. But the technical improvements mentioned above have resulted in the four per cent improvement in range.

And the performance? It’s impressively nippy and fun, especially around town. The headline 0-62mph figure is a perfectly acceptable 7.6-seconds, but it’s the Corsa-e’s ability to take advantage of its near-instant 260Nm of torque that makes its 0-30mph ‘sprint’ so enjoyable. It’ll certainly put a smile on your face. 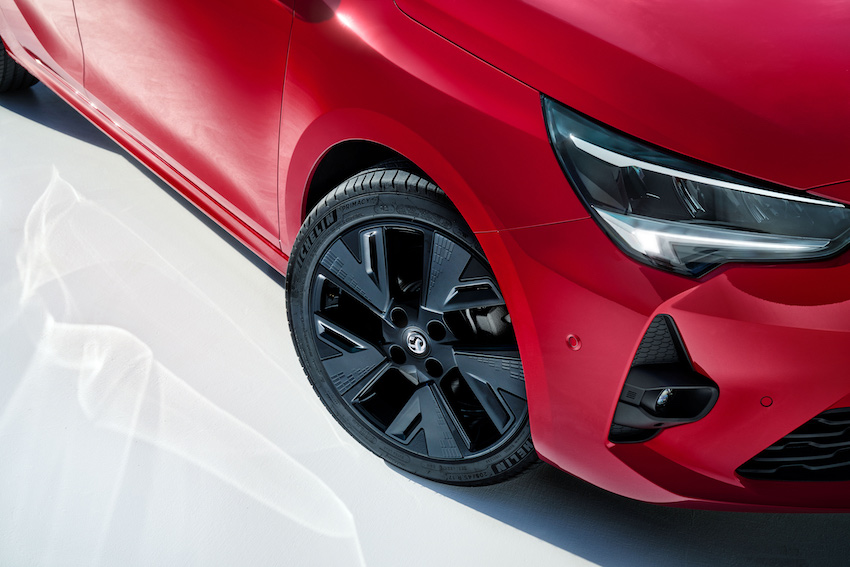 You’ve two options. Plug in to a regular home wallbox and it’ll take seven-and-a-half hours to fully recharge. That’s a comfortable overnight plug-in. But cleverly, thanks to its 100kW rapid-charge capability, the Anniversary Edition can also replenish its battery to 80% in just 30 minutes.

So far so good, but how does it drive?

It’s pretty impressive, to be honest. In town, where it will spend most of its time, it shines and really benefits from a fast, light and precise steering system. It ensures the Corsa-e is an agile piece of kit, perfect for zooming round roundabouts and squeezing into tight supermarket car park spaces. But it also thrives when navigating sweeping country roads. 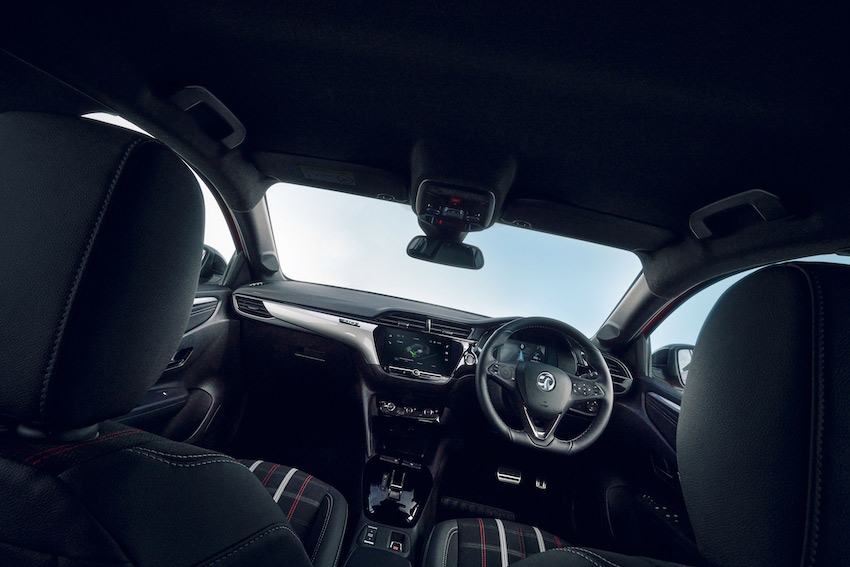 The ride is smooth, comfortable and composed, with only the severest UK road surfaces causing the Corsa’s chassis to raise its hand in protest and result in a mildly lumpy ride.

If you do take it on the motorway, you won’t be left behind for pace, and again the car delivers a satisfactory level of refinement on the move. But of course, you’ll need to remember that with motorway pace — as is the case with all EVs — comes an accelerated drop in range, so just be aware.

The Anniversary Edition includes the new toggle drive selector — obviously replacing a more conventional gearlever — which was first seen in the 2022 Corsa-e model.

The driver can choose from one of three driving modes. Eco keeps the motor capped at 81bhp; Normal lifts the power output to 107bhp; and the full-blooded 134bhp is unleashed by toggling to Sport mode.

Brake regeneration can also be boosted, but even in the maximum B-mode, the system is never too aggressive or intrusive.

What kit is included as standard? 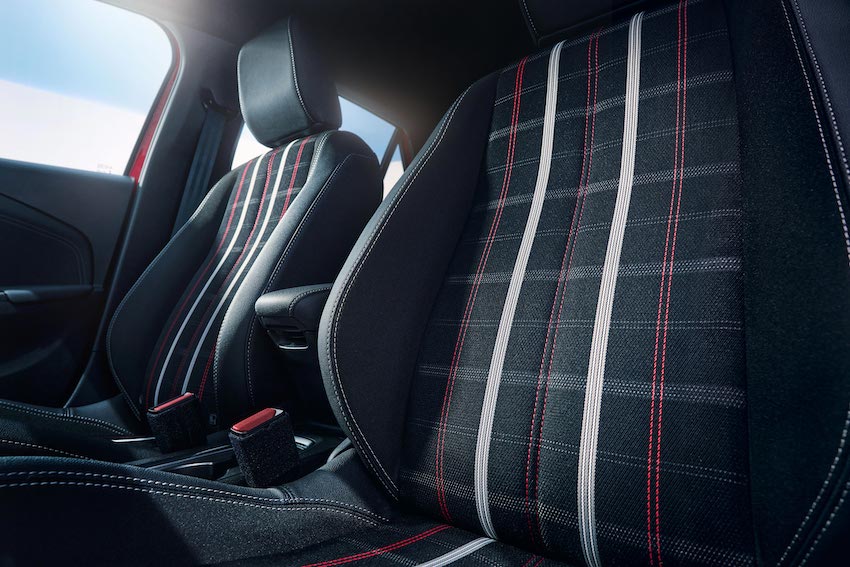 I’ll say right from the start: if you’re considering a city-based electric supermini, then it’s definitely worth checking out the Corsa-e, whether it be the Anniversary Edition, or another model in the range.

As with the rest of the Corsa range, the ‘e’ delivers a decent amount of space in the rear, though there is a slight reduction in boot space, down from the petrol’s 309 litres to 267 litres. There’s also no underfloor storage for the charging cable. But bear in mind, most electric superminis, including the Mini Electric and Peugeot e-208, also don’t have underfloor storage for the cable.

Worth highlighting, too, is that the Corsa-e Anniversary Edition, which is limited to just 1,000 units in the UK, is only available to order online via Vauxhall’s website. But, if you want to learn more about driving an all-electric vehicle or test-drive a Vauxhall Corsa-e, then you can visit the Arnold Clark Innovation Centre in Glasgow or your nearest Arnold Clark Vauxhall dealer.