The new Megane E-Tech is a family hatch EV that impresses. 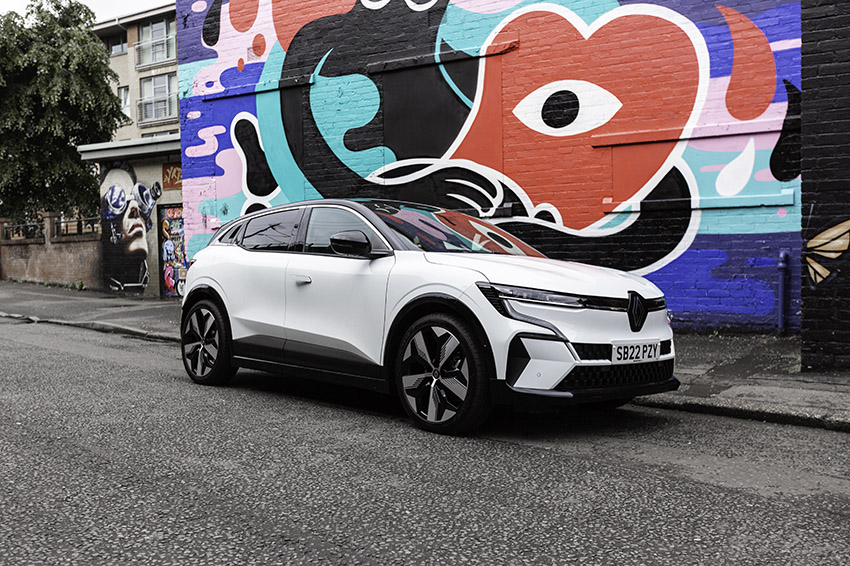 As the combustion powered Megane bows out after 27 years and four generations, Renault have decided to keep its namesake alive. Sporting the brand’s new diamond logo, Renault have introduced their second electric model to the range – the all new Megane E-Tech Electric.

It’s hard to believe that it’s been a decade since Renault introduced the ZOE, their first electric car to the market. Thanks, in part to the success of the ZOE, almost one in five Renaults sold in Europe are now electric. Most people probably won’t realise that Renault have been producing electric vehicles in some form since the 1930s, originally for commercial use, before developing cheaper more sustainable technology while striving for zero emissions.

The new Megane is, in theory, a hatchback, albeit with crossover vibes. The car was born out of an alliance partnership between Renault and Nissan, thus the car utilises a new fully electric powertrain and an EV platform on which future models will also be built around.

With flush fitting electric door handles, a striking front, muscular bonnet and sleek roofline, the new Megane stands out from the crowd in a busy family hatch sector. Despite being a chunky car, it has a graceful road presence with sleek lines. There’s no denying it’s a stylish looking car - a literal head-turner, as several people turned to look at the car as I drove past them. If the stunning design is anything to go by, then future Renaults will certainly be giving the competition a run for their money. 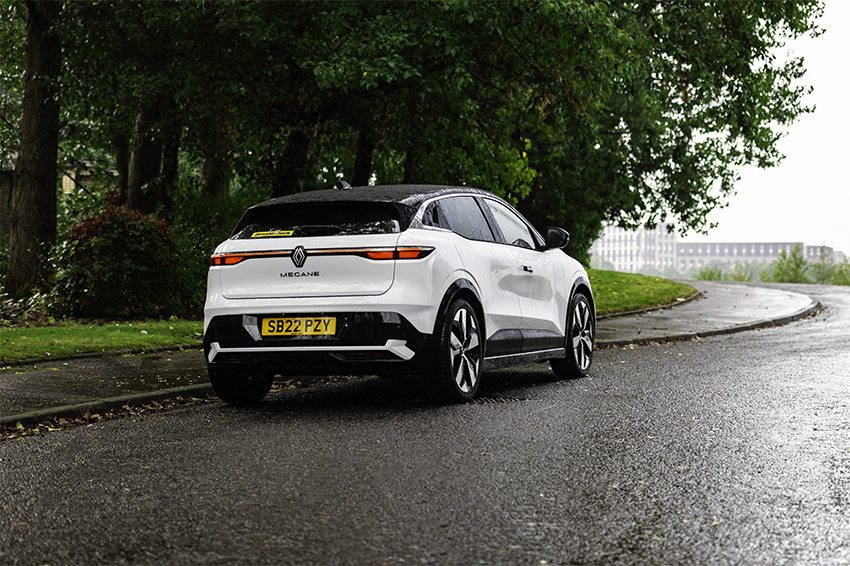 It’s not only outside that’s stylish, but inside too. Sitting behind the wheel, you’re met with a retro feeling high-quality interior. The two-spoke steering wheel and chic fabric covered dashboard have elements of a nod to the past, while well-finished upholstery and modern technology bring modern touches. It’s environmentally friendly too, not just the fact that it’s electric, but that many of the cabin materials are made from recycled materials. Leather seats are available on the top-end model.

The Megane showcases Renault’s new ‘OpenR’ dual screen technology, offering the latest in intelligence, customisation and usability. All models come with a crisp digital 12.3-inch driver information screen behind the steering wheel with multiple configurations, and, to the left, is a nine-inch multimedia display. It’s sharp, very easy-to-use and seamlessly integrates apps found on Android Auto – particularly Google Maps. Google Assistant also works seamlessly with voice controls to help you with any commands or questions. The whole integrated Renault system is very responsive, and, as it’s slightly tilted towards the driver, it means it’s easy to use while on the go. If you prefer to use Apple CarPlay, that also comes as standard. 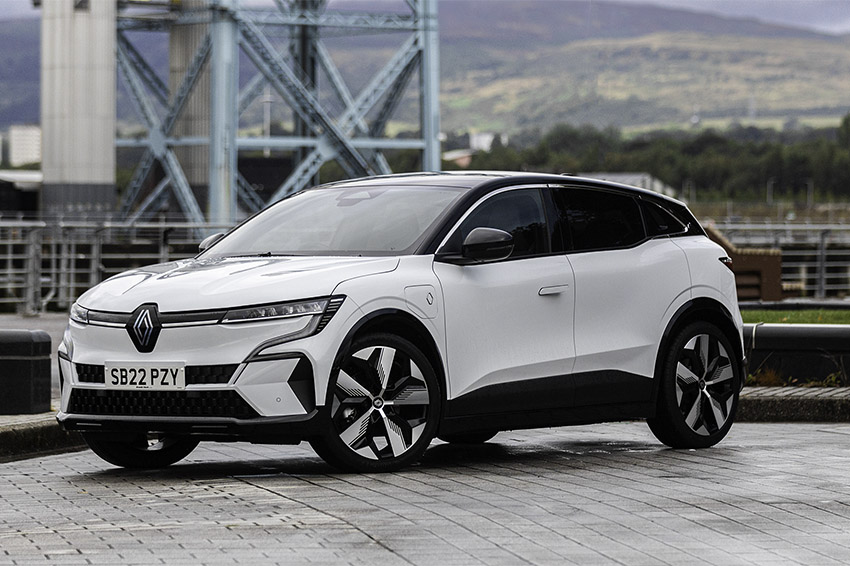 One drawback to the sleek design is the thick rear pillars and small rear window, which do obscure visibility slightly. It’s not too distracting, although it may take a little getting used to.

There’s a Multi Sense setting – offering Comfort, Eco, Sport and Perso modes. All modes provide a varied driving experience depending on your preferred setting – from conserving battery energy to firming up the suspension, there’s something for every kind of driving.

There are three well equipped models available in the line-up; ‘Equilibre’, ‘Techno’ and the range topping ‘Launch Edition’.

The new Megane is a roomy car with plenty cabin space, thanks to a flat floor and long wheelbase. Storage space is plentiful throughout the cabin, especially between the driver and front passenger, and there’s 440 litres of boot space, which is considerably more than its rivals.

The UK market isn’t being offered the alternative entry-level 120hp EV40 model, therefore, the only model available will be the 220hp front wheel drive EV60. All models in the range deliver the same acceleration and battery consumption with 0-62mph is 7.5 seconds and zero CO2 emissions. Battery consumption is approximately 3.9 miles/kWh.

The electric powertrain is paired with a 60kWh battery, which, according to Renault should deliver approximately 280 miles between charges. The car can draw about 185 miles of range in around half an hour from fast 130kW public charging. Charging from 7.4kW home charger will take around eight hours and provide around 248 miles of range. Winter battery use shouldn’t have much impact, as there’s an intelligent system to shuffle thermal energy between the battery, cabin, the motor and the electronics.

There are settings to determine regeneration strength, which ultimately enable you to deaccelerate more instead of utilising the brake pedal.

Stylish, engaging and practical, the new Megane E-Tech is a family hatch EV that impresses. With a great design and interior too, Renault have set the bar high. Game on.

If you’d like to be one of the first people to test-drive this brand-new electric car, the Renault Megane E-Tech is exclusively available at the Arnold Clark Innovation Centre, Glasgow.