The future of motoring: flying cars?

Flying cars are currently being developed by Massachusetts-based company Terrafugia and will combine the technology of a car, plane and helicopter to offer a completely new driving experience 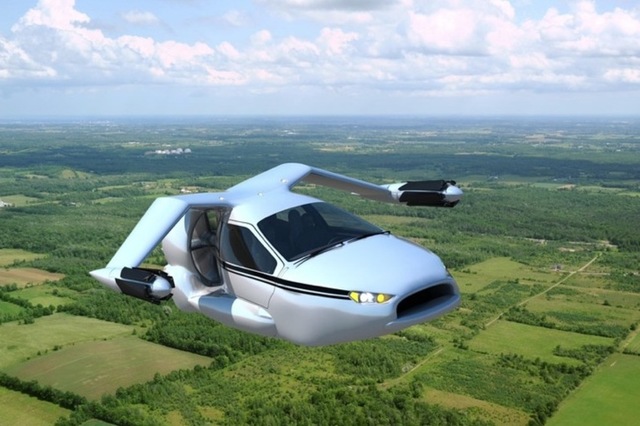 The flying car has the ability to cover 500 miles in the air without stopping and will be designed to automatically avoid other traffic. Image: Terrafugia

Massachusetts-based company Terrafugia claims that flying cars would address issues of safety, convenience and ‘freedom’, and they intend “to lead the creation of a new flying car industry that will help humanity achieve this new dimension of personal freedom.”

The company has already commenced production of vehicles which transition from the ground to the air in under a minute – and believes that they will be able to start selling flying cars in 2020.

They have also started development of the TF-X, a “four-seat, plug-in hybrid electric car with fly-by-wire vertical takeoff and landing capabilities”, combining the technology of a car, plane and helicopter with a vertical take off, electrical rotor blades on the sides, and gas engines for flying. When on the road, the vehicle uses a hybrid engine to motor along just like a conventional car.

Not only does the vehicle fly, it is powered by a computer and lands itself – once it has checked with the passenger that it is safe to do so – like something out of a sci-fi movie.

As autopilot is used for all flights, Terrafugia states that this flying car could be driven by anyone with a driving license (they could learn how to work the car within 5 hours, apparently). Moreover, the car would fit in a standard garage. Of course, prices are likely to be high – in line with high-end luxury cars – so not everyone would be able to give it a go.

With the ability to cover 500 miles in the air without stopping – not to mention the fact that it would be designed to automatically avoid other air traffic, bad weather and restricted airspace – the main selling point of the TF-X is the positive effect it would have on easing traffic.

At the time of writing, there is no word on whether the car would also be capable of swimming, time travel or remembering your birthday.