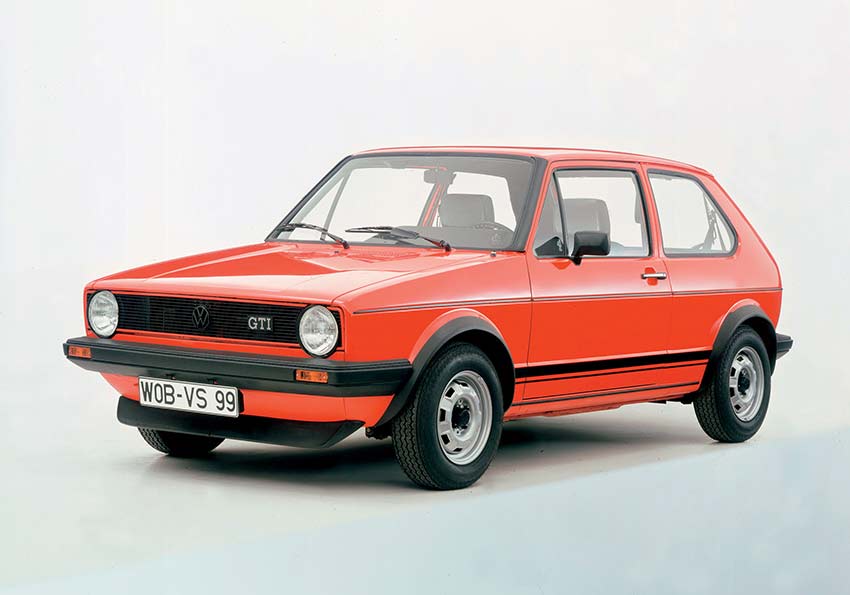 Volkswagen Golf Mk I. Image by mynewsdesk.com CC BY 3.0

In 1975, a legend was born. The Volkswagen Golf GTI would revolutionise the way we thought about the hatchback, taking the small, practical car and elevating it to become one of the most stylish, sporty and desirable models on the market. Today the GTI has sold two million vehicles worldwide, but what makes this hot hatch so special?

The Golf GTI was unveiled to the public at the Frankfurt Motorshow in 1975 but it took a less-than-conventional route to production. It was the brainchild of former Volkswagen PR director Anton Konrad and engineer Alfons Löwenberg. While management were lukewarm to the idea of a ‘Sport Golf’, Löwenberg worked in secret on a test car and Konrad formed a team of seven specialists to make the dream a reality.

The idea was simple – take a family car, and add a performance engine and sports styling. It was to be a car that would retain the practicality of the Golf but was designed to attract a younger audience. After proving the concept could work, they were granted a run of just 5,000 cars.

At launch it was billed as the ‘fastest Volkswagen of all time’ with a top speed of 110 mph. It was made available for order in 1977 but didn’t arrive on UK roads until 1979. It debuted in a market dominated by the Ford Escort and Austin Allegro with the British driving public looking for something more reliable, more stylish, and above all – more fun to drive. 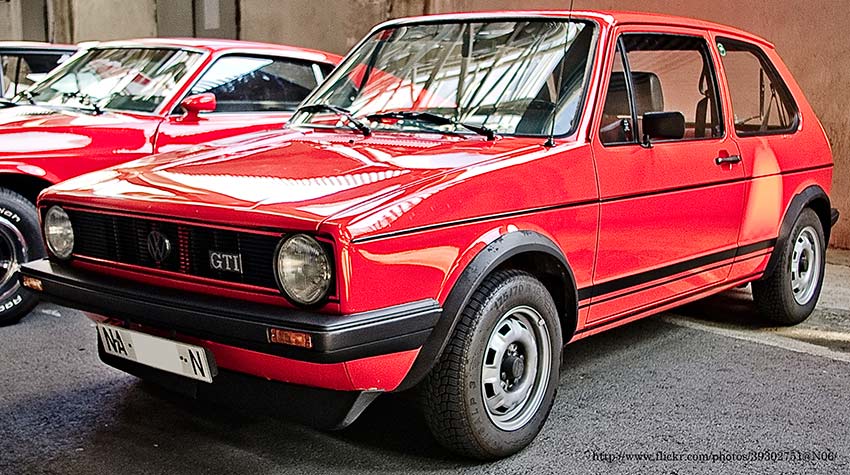 The right-hand-drive version finally arrived on the UK market in 1979 and within a year it sold more than 1,500 units. Its increasing popularity meant that figure would triple within the next two years. It was powered by a 1,588 cc, four-cylinder engine that generated 110 bhp, allowing this car to accelerate from 0–60 mph in an astonishing nine seconds.

It had an instantly iconic look inside and out: round buggy headlights; red-trimmed front grille; the golf-ball style gear grip; and those iconic tartan seats.

In total, more than 420,000 Golf GTI Mk Is were sold worldwide. Now, more than 40 years since its launch, the GTI has gained classic car status. Although many have rusted and ended up on the scrapheap, careful keepers have joined to form the MK1 Golf Owners Club. 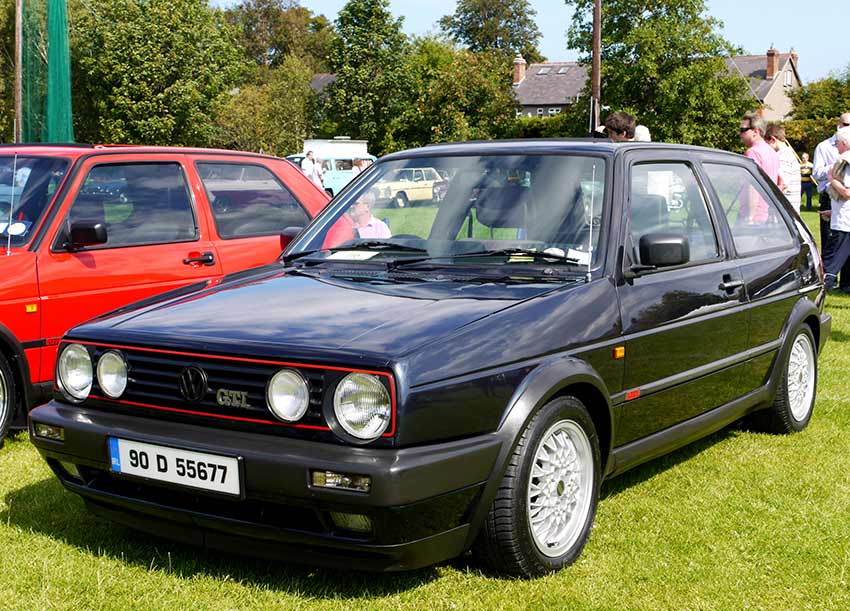 Launched in 1984, many regard the Mk II as the pinnacle of the Golf GTI line. It had a new chassis, a more powerful engine (1,781 cc) and a top speed of 124 mph. It took all the elements people loved from the first iteration and refined and built upon them. The Mk II set the standard for cars in its class and ultimately outsold its predecessor in the UK, in the process becoming one of the definitive cars of the 1980s. 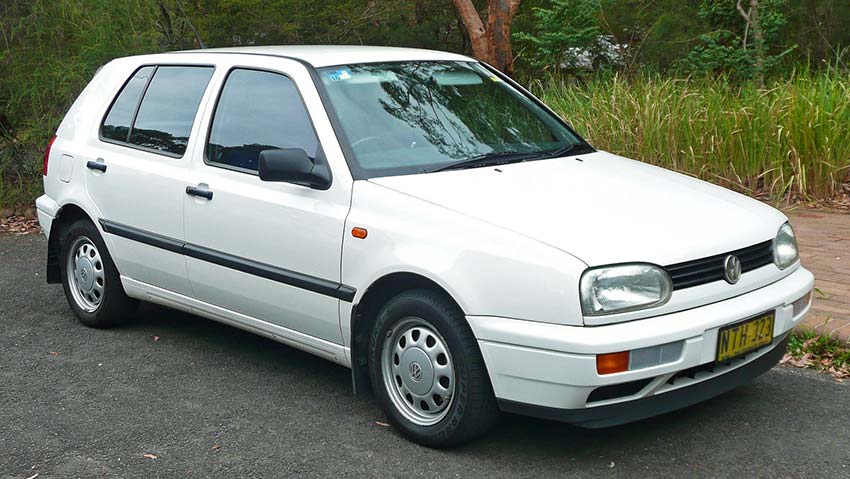 By the time the Mk III was launched in 1992, it was perhaps starting to show its age. Just like the drivers who embraced the car in the 80s, the Golf had increased in size and weight, and had lost some of the edge that made it so appealing in the first place. The aerodynamics were improved and a new 2.0-litre engine was added to the range, but that couldn’t make up for the extra 188 kilograms.

Other manufacturers had warmed up to the idea of the hot hatch and were able to provide the adrenaline rush that this Golf couldn’t match. Models including the Ford Escort RS Cosworth and Renault Clio Williams attracted car lovers in their droves. 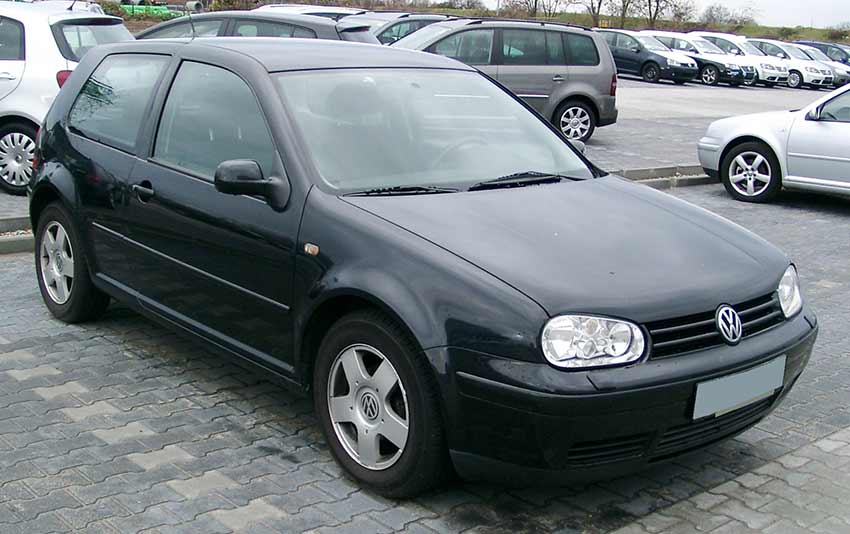 Often seen as more of an evolution than revolution, the power to weight ratio finally reached the magic number where it was actually slower than its predecessors – even the Mk I. However, it did see the launch of the first ever GTI diesel and in later models, a turbocharger gave the engine some more grunt. This ultimately brought the car back into line with the performance expected from the GTI, with turbos fitted on every engine since. 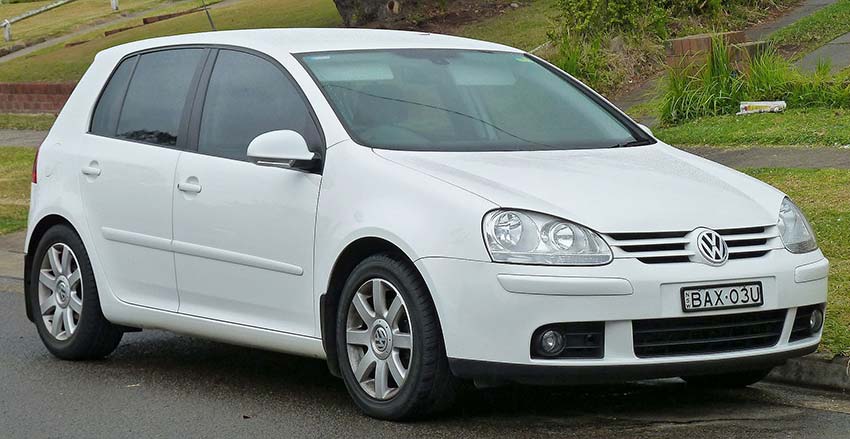 The Mk V is widely seen as a return to form. While it’s still a sophisticated car, the styling went back to the sporty routes, notably with the return of the tartan trim, and a red surround on the front grille. It was 15 mm lower than the standard Golf, with new springs as well as the addition of dampers and anti-roll bars. The 2.0-litre engine was more powerful, allowing the car to go from 0–60 mph in just 7.2 seconds with the special edition T-FSI engine taking that time down to just 6.8 seconds. 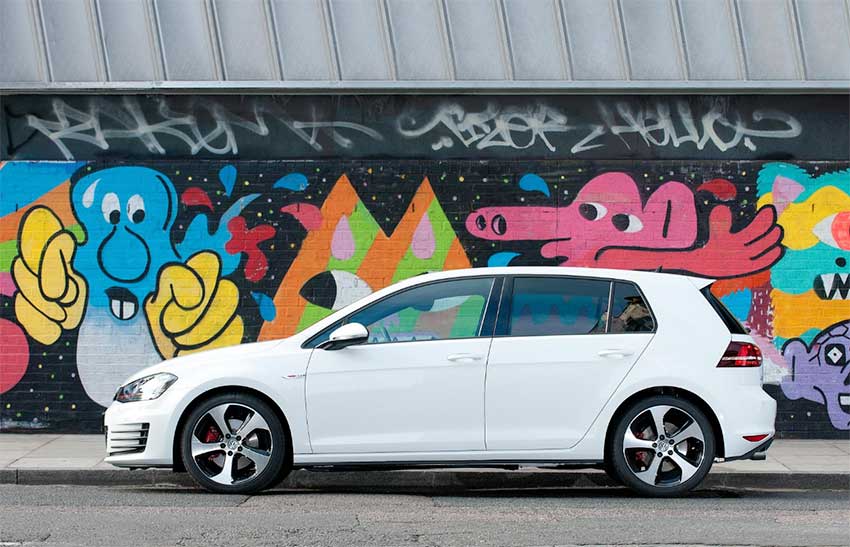 Following the success of the Mark 5, the next model built on its good features rather than making any serious departure. It had a leaner-looking body and a (slightly) more powerful and efficient engine. A new traction control system distributed the power better and enhanced the handling. It was a solid if unremarkable GTI, but a step in the right direction. 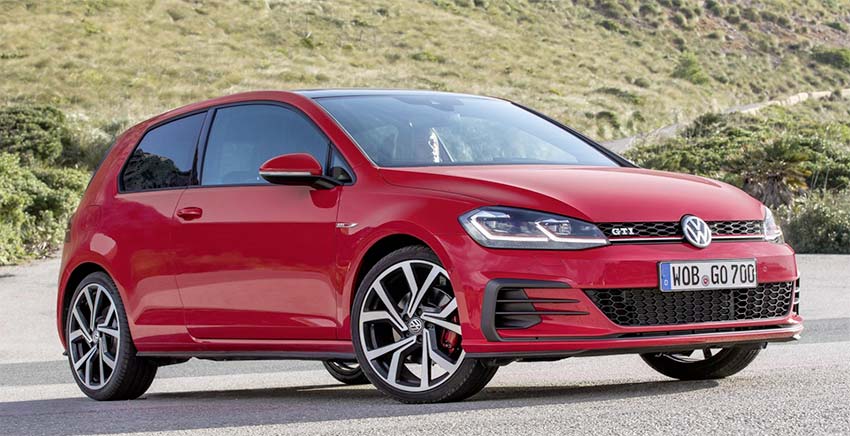 There will be some who still long for the simplicity of the lightweight, high performance car created by some rebellious Germans, but it’s hard to argue with the all round spec, comfort and quality found in today’s GTI. It’s the accumulation of 40 years of knowledge and easily the best-looking Golf since the Mk II. The GTI Clubsport S edition is the most powerful Golf yet, and holds the record as the fastest front-drive car to lap the Nürburgring.

The Mark VII has everything you’d expect from a modern, practical family car –sat nav, safety features and infotainment system. But underneath the smart exterior, there’s still a rebel under the hood – a car that goes faster, handles better and revs higher. 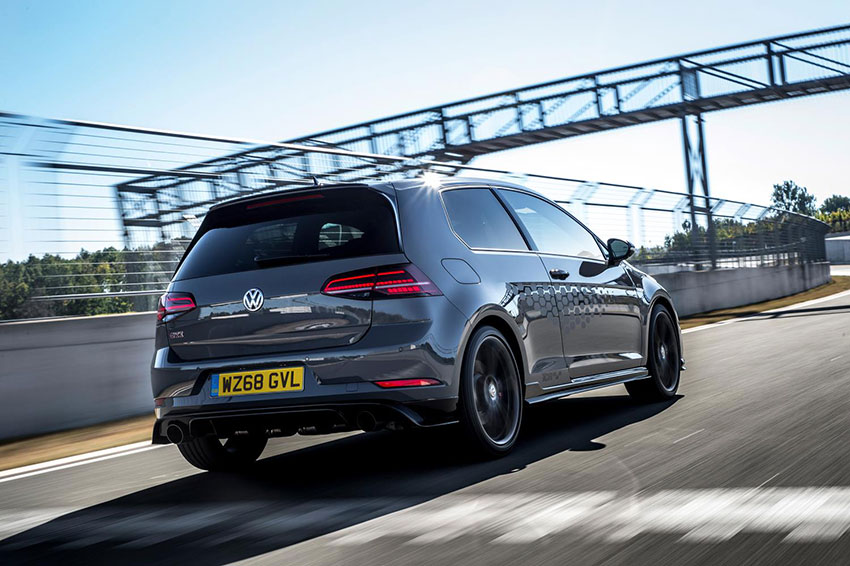 The Golf range’s newest arrival for 2019 is the GTI TCR, a sporty but stylish offering that gets its second set of letters from Touring Car Racing, a nod to Volkswagen’s racing past. There’s 290bhp under the hood, giving the GTI TCR the ability to reach 0-60mph in under 5.5 seconds. Meanwhile the cabin is an immersive experience, with digital cockpit and super smart interior featuring a leather steering wheel, topped with a centre line to keep you on the right track. It amounts to a powerful last hurrah from Volkswagen before the introduction of an eighth-generation line in 2020.