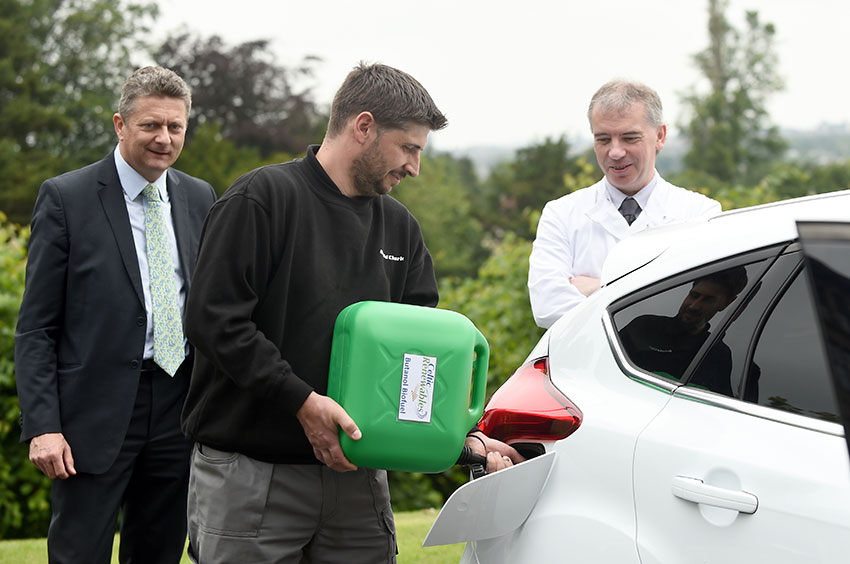 The world’s first car to be powered by biobutanol – a sustainable biofuel that is derived from whisky – made its inaugural journey on Friday 7th July 2017.

Arnold Clark was delighted to provide a Ford Focus hire car for the demonstration drive, which took place at Edinburgh Napier University. Ross Barclay, an Arnold Clark technician, was also on hand to certify the biofuel and fill the car up before its journey.

Biobutanol is a new, sustainable biofuel that can be used as a direct replacement for petrol and diesel. It is produced from draff and pot ale.

Unlike other biofuels, biobutanol produced from whisky can replace petrol or diesel without any engine modification. It can also be stored, blended and transported using existing infrastructures.

Celtic Renewables plans to put this wastage to good use by using it to fuel the cars on our roads.

The demonstration was organised by Celtic Renewables Ltd, an award winning start-up company that was formed to commercialise a process for producing a superior next-generation biofuel from the by-products of biological industries. 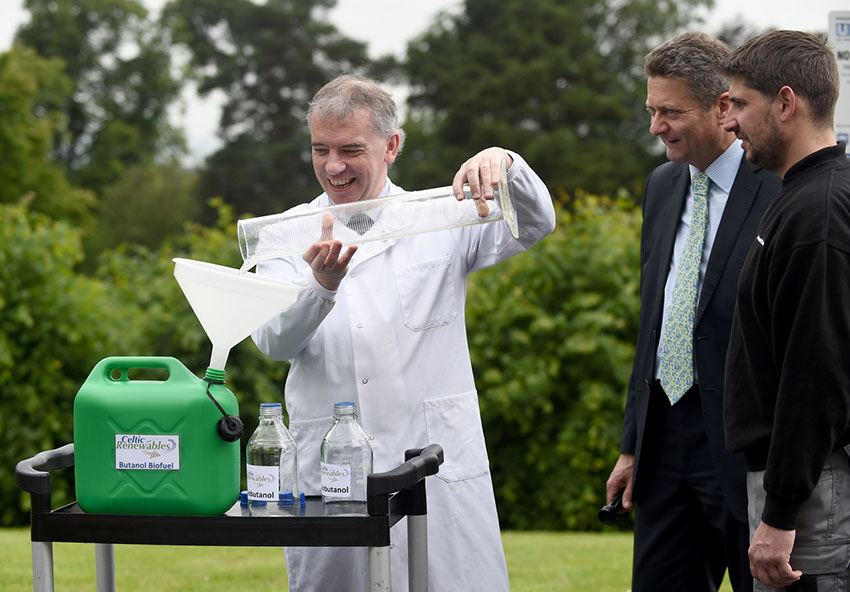 The renewables company has been working closely with Tullibardine Distillery in Perthshire, Scotland, which provided the raw materials necessary to develop the process.

Professor Martin Tangney, the company’s founder and President, commented: ‘This is the first time in history that a car has ever been driven with a biofuel produced from whisky production residues.’

He then described how he felt the project could become ‘a multi-billion pound global business with the opportunity to turn transport green.’ 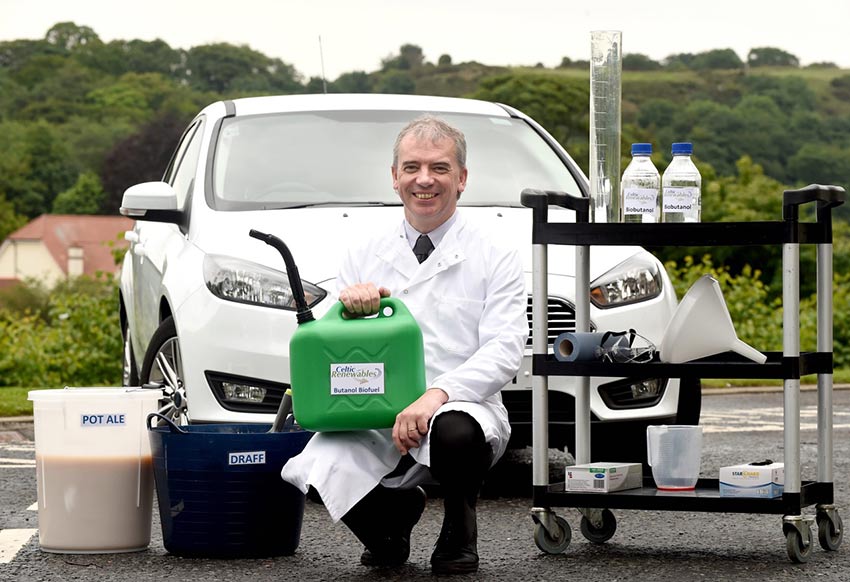 Tullibardine Distillery Manager John Torrance added that this was a ‘groundbreaking first for renewable energy, for transport and for the Scottish whisky industry alike.’

Ross Barclay, the Arnold Clark technician who helped to certify the fuel, drain the car and refill it on the day, said, ‘This was an interesting project that I was glad to be a part of. The idea of using an alternative fuel with no engine modifications whatsoever is very exciting. It had never been tried before so to see it work was fantastic.’

The next step for Celtic Renewables is to use the £9 million funding support they recently received from the Scottish government to build a commercial demonstrator plant in Grangemouth.

About our hydrogen service centre