Is it illegal to use your phone as a sat-nav?

There are a few sat-nav mobile applications available on the market but what are the laws regarding using them while driving? 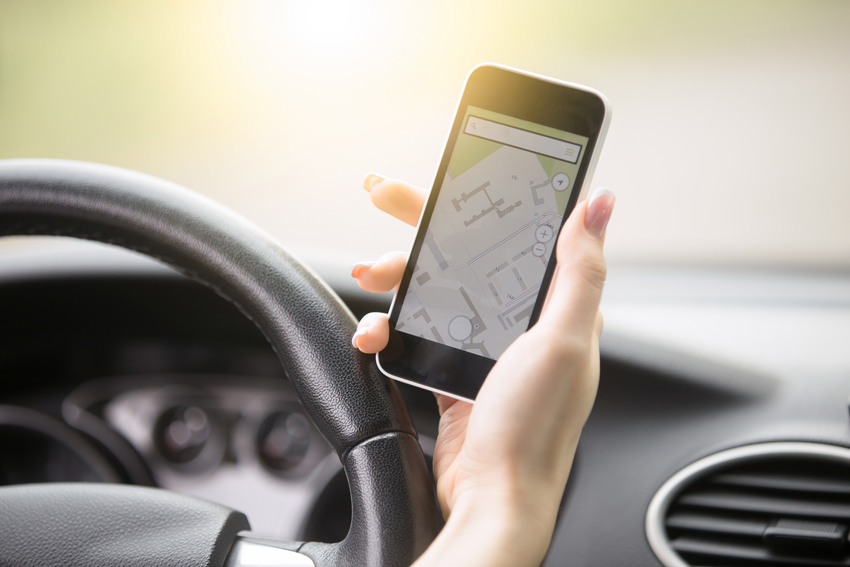 With many drivers now using their smartphone as a sat-nav, Anton Balkitis, from motoring solicitors Rothera Sharp , explains how you can avoid falling foul of the law. The majority of motorists are, I’m sure, aware that it is illegal to use a mobile phone at the wheel – but that doesn’t stop huge numbers flouting the rules. Figures from the RAC  reveal that nearly a third of drivers had used a handheld phone at the wheel last year, up from eight per cent in 2008. A further 20 per cent thought it was safe to check social media accounts while sitting in traffic, compared to 14 per cent just two years earlier.

Worrying statistics like these should be a wake-up call for drivers. Research from the British Medical Journal (BMJ)  found that you are four times more likely to be involved in a crash that requires hospital treatment when using a phone. Texting can also dramatically slow your reaction times , making it difficult to respond to hazards that may arise.

Earlier this year, the government introduced new penalties to clamp down on offenders. Previously, anyone caught with a mobile would receive a fixed penalty of three points on their licence and a £100 fine – now this has doubled to £200 with six points. New drivers, who passed their test less than two years ago, can lose their licence for this one offence alone, since six point means an automatic ban.

While sat-navs are designed for use in the car, the law makes no distinction between changing the route on map, answering a call and checking your social media accounts. This applies whether you are driving, waiting at traffic lights, stuck in a queue or with a learner. You are only permitted to use a handheld mobile when parked safely , or if you need to call the emergency services and are unable to pull over.

It is still legal to use hands-free devices , so you can mount it to the dashboard and adjust the directions using voice controls. The important thing is that you don’t physically use it unless you are parked. Even if you do have hands-free, bear in mind that the police can still pull you over if they believe it is causing a distraction.

Of course, you’re not allowed to modify directions on a sat-nav device either, although there is no separate penalty for this. You may, however, be prosecuted for ‘careless driving’ under the Road Traffic Act 1988. Depending on the seriousness of the offence, and factors like previous convictions, you could receive anything from three points on your licence to an outright ban. Fines can also range from a Band A (up to 75 per cent of your weekly income) to Band C (up to 175 per cent of your weekly income).

Clearly, the government’s latest initiative to curb mobile phone use is designed to make motorists think twice about reaching for their phone.

It doesn’t matter why you are using a phone: the best advice is to keep it completely out of arm’s reach or make sure it’s hands-free. Set your route before you set off and only make changes when you are parked in a safe place. If incoming calls and notifications are proving to be a distraction, it’s also worth downloading an app like Lifesaver, which blocks communications when you are driving.

The best car brands for connectivity