Driving through history: The SEAT Ibiza

We look back at every incarnation of the iconic SEAT Ibiza. 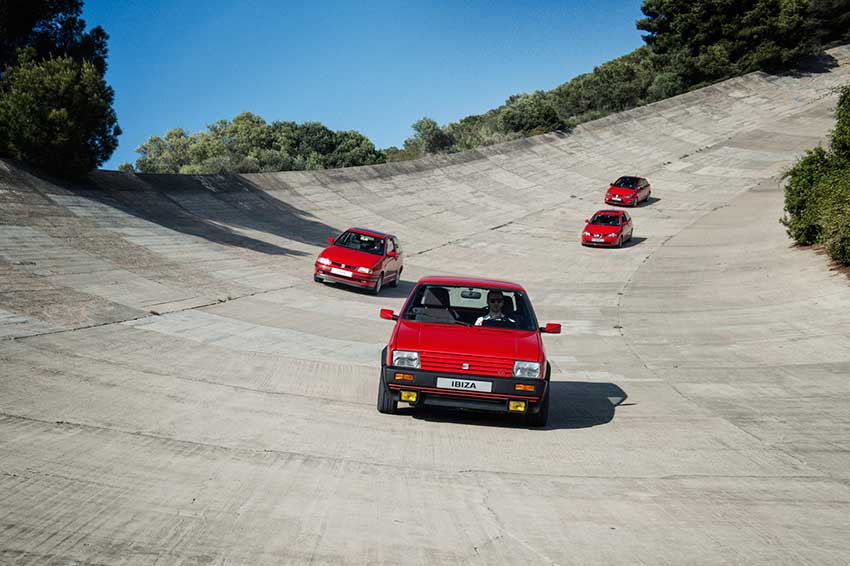 The Ibiza through the ages.

2017 saw the release of the brand-new SEAT Ibiza – the fifth incarnation of this iconic Spanish car. The Ibiza was launched at the Paris Motor Show in 1984. It was the first car produced by SEAT as an independent brand, following a longstanding partnership with Fiat, and would go on to inform the look and feel of the entire SEAT range. Today, the Ibiza has sold more than 5.4 million units and is exported to over 75 countries. The new model is one of the most stylish and reliable superminis in its class, something that has been true since the Ibiza’s inception. 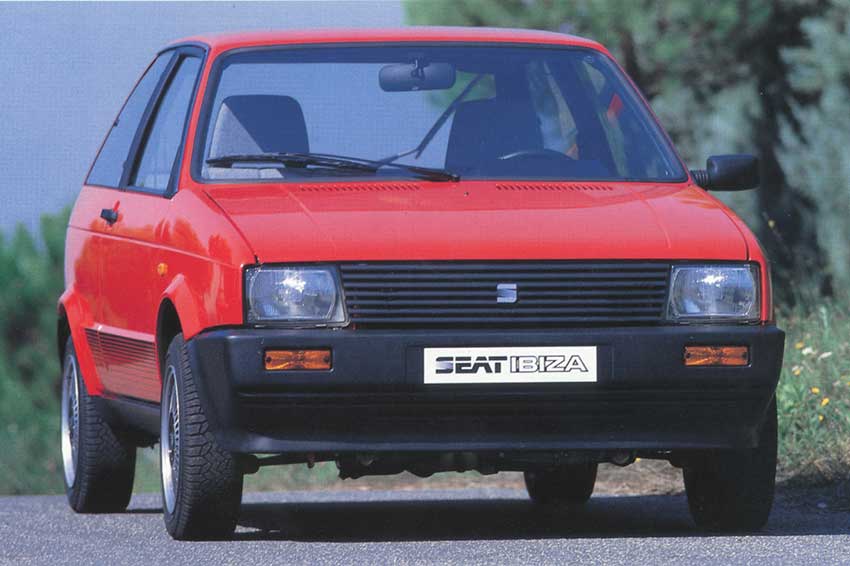 In 1983, SEAT began exporting their cars throughout Europe and Ibiza would become their international calling card. The first model rolled off the Zona Franca production line on April 27th 1984 with the first cars arriving in the UK the following year. It was styled by the legendary Italian car designer Giorgetto Giugiaro and was bigger than other superminis of the era, featuring simple lines and large windows. Equipment included power door locks, electric windows and a sunroo,f making it desirable to the young and aspirational. Underneath the bonnet was a 4-cylinder engine in both petrol and diesel with capacity ranging from 0.9-litres to 1.7-litres.

The Ibiza achieved iconic status as the official car of the 1992 Barcelona Olympics. In its decade of production, this model proved to be a major success, selling 1,342,001 units. The Ibiza had truly arrived. 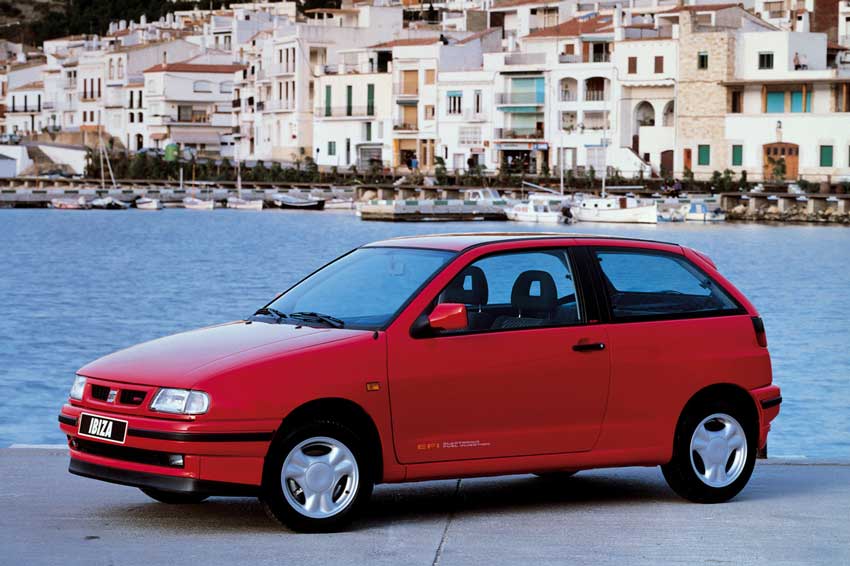 Times must change, and by 1993, the Mark I’s design was starting to look a little dated. German manufacturer Volkswagen had acquired a controlling stake in SEAT in 1986 and the Mark II was the first Ibiza produced with Volkswagen resources and technology. Giugiaro was brought in to reshape his masterpiece, and the new model softened some of the harsher lines of its predecessor while still being recognisable as an Ibiza. Although it would often be likened to the Volkswagen Polo, the Ibiza could accommodate the power of a 2.0-litre engine from the Golf GTi, making it one of the hottest hatchbacks on the market. This generation was also the first car in its segment to feature a TDI diesel engine, continuing this car’s reputation as an innovator. 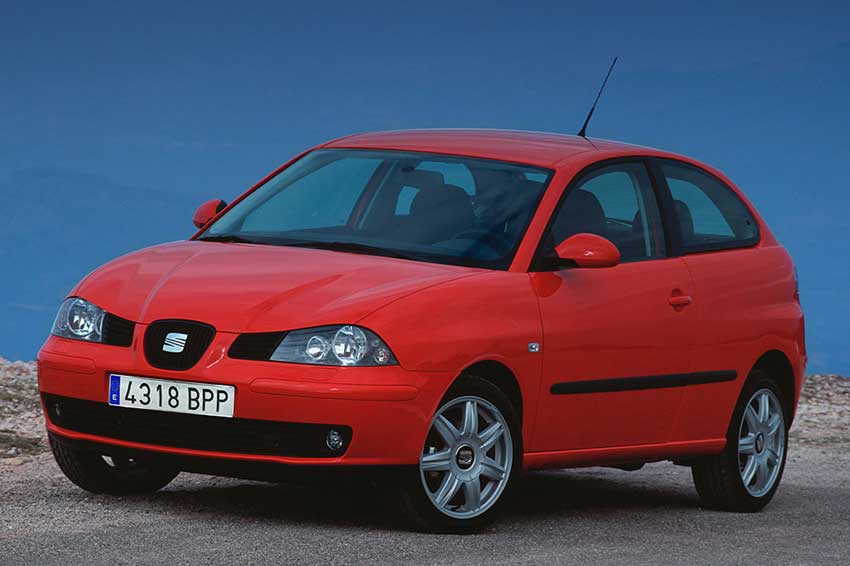 The Ibiza’s third generation saw some dramatic changes. The new Ibiza was built on the same platform as the Mark IV Polo with styling created by Volkwagen’s head of design Walter Maria de Silva. It was bigger, sleeker and altogether more sophisticated then previous models and is perhaps the definitive Ibiza. It retained the sense of fun that had gone missing from most other superminis of the time and it’s easy to see why it won What Car? Supermini of the Year for three years running. The steering was nimble, the ride was composed and the response was assured. A strong range of engines were available, starting with the three-cylinder 1.2-litre 63 bhp petrol, with Cupra models going right up to a 1.9-litre diesel offering 158bhp. As you would expect, there was a generous range of equipment available, including CD player, air con, air bags and alloy wheels. 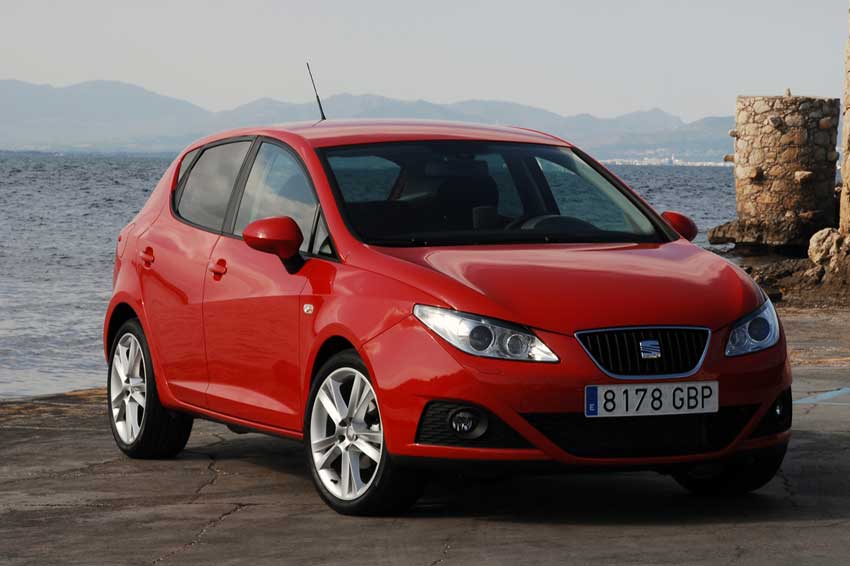 The Mark IV added some sharper lines to the cute curves of its predecessor and a more aggressive-looking front end. The new design was showcased at the 2008 Geneva Motorshow in the form of the SEAT Bocanegra supermini concept car from legendary Lamborghini designer Luc Donckerwolke, with the production version making an appearance at the Madrid Motor show a couple of months later. While the previous models had been available in three or five-door options, in 2010, an estate version called the Ibiza ST was released. A great range of engines was available from the Ecomotive 1.4-litre diesel to the high performance of the 2.0-litre TDI. 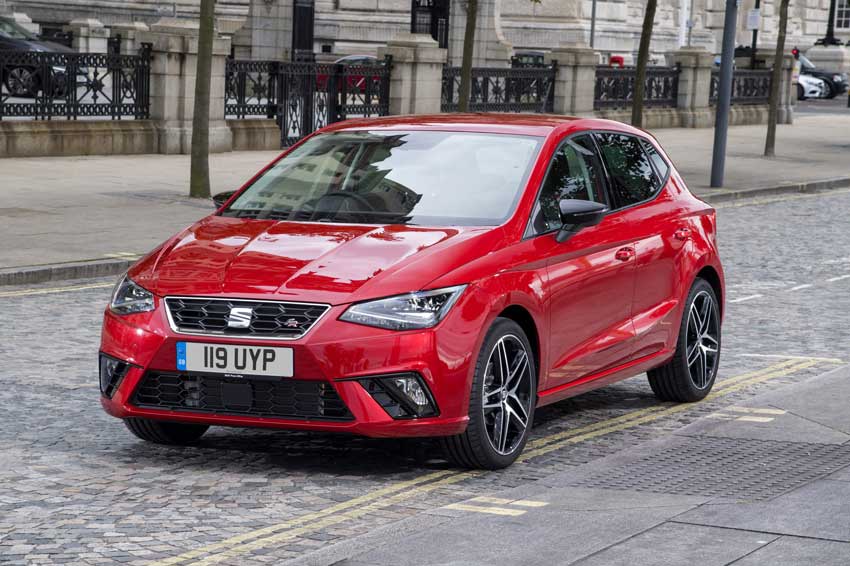 The brand new SEAT Ibiza was unveiled at the 2017 Geneva Motor Show. It retains the iconic angles of the previous model but is lower, wider and leaner. The interior is more comfortable than its predecessor with bigger seats, more headroom and 35mm of extra legroom in the back. There are four trim levels available with some of the best kit on offer in the supermini segment, including 8-inch touchscreen infotainment system, keyless entry, start button, front and rear parking sensors, adaptive cruise control and a BeatsAudio sound system. It also proved its safety credentials, gaining five stars in Euro NCAP’s stringent tests.