The best cars for a zombie apocalypse 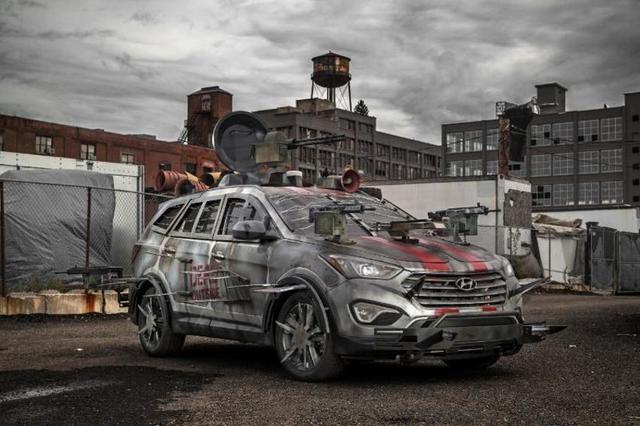 If you can get your hands on a car like this, you'll probably be fine if the zombies take over. Probably.

Just in time for Halloween (nothing we do here is an accident), we have decided to list the five cars that we think are most likely to get you out the other side of a zombie invasion. You’re more than welcome.

OK. So you’re being chased by the undead? The Bugatti Veyron is the sort of car you need to be in when someone, terrifying or otherwise, is hot on your heels. It’s pretty expensive, but in a post-apocalyptic world where the financial institutions have been razed to the ground, money will be worthless anyway (and the least of your worries.)

If you need to invest in something right now that will outpace a monster, may we suggest the sporty Volkswagen Golf GTI, which has a top speed of 153mph and is a little less pricey. Or get a super-fast lawnmower and be ready to mow down some hungry walkers – at speed.

2. A car that accelerates quickly

A car that goes fast is one thing, but all you really need to do is put a significant amount of distance between you and the person who is keen to eat your brains. The 2009 Nissan GT-R does 0-62mph in 3.2 seconds, so it’s perfect for making a quick getaway. 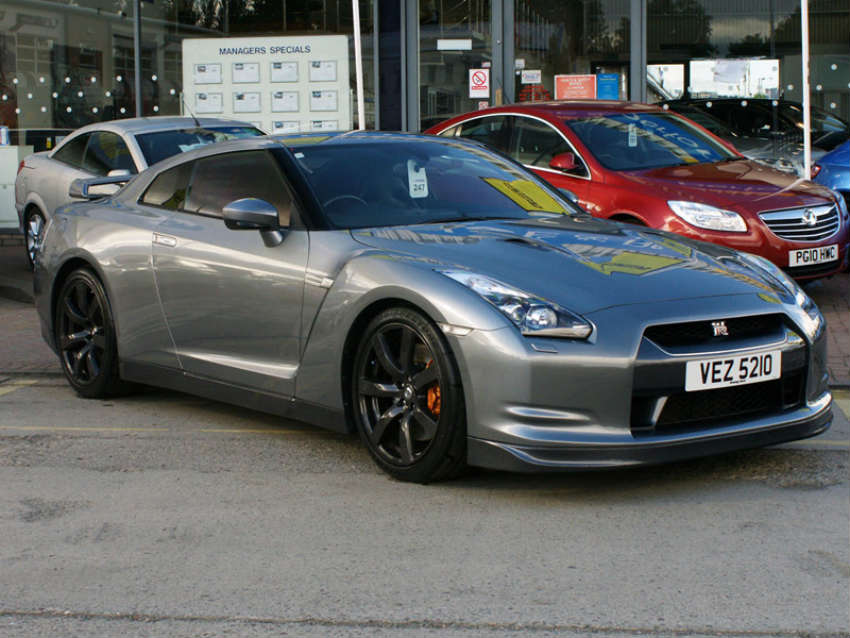 3. A car with big wheels

If you’ve been reading this thinking “I don’t need something fast, zombies are typically depicted as slow and unresponsive” then, to be honest, you really need to stop putting so much faith in the depictions that come from Hollywood studios. Also, you’ve maybe not seen World War Z, where the sleepwalkers ain’t so sleepy. But on the basis that you favour strength over speed, you’d be advised to invest in a car with big wheels and a chunky design, such as the Jeep Grand Cherokee, Land Rover Range Rover, or any affordable 4x4 you can get your hands on.

If you wanted a zombie car to run over the undead in true blood-splattering fashion, a monster truck would also be a sound purchase. 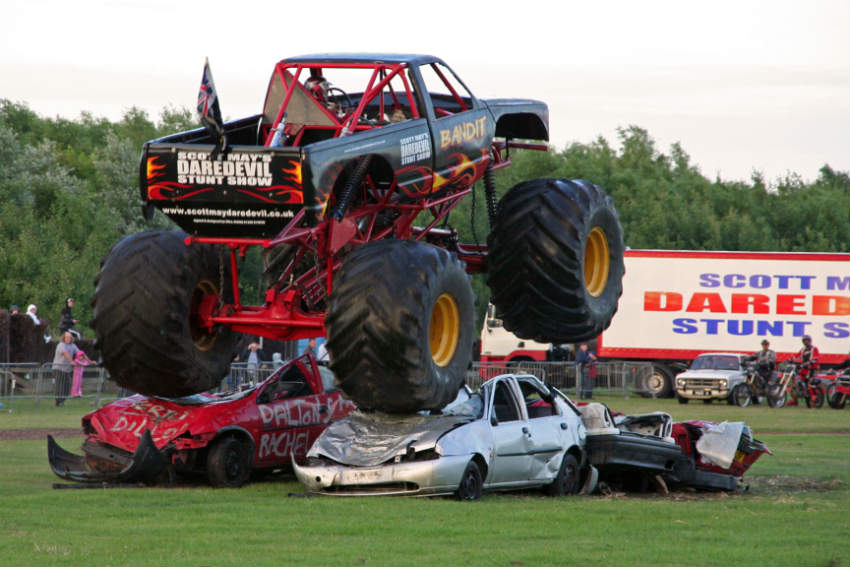 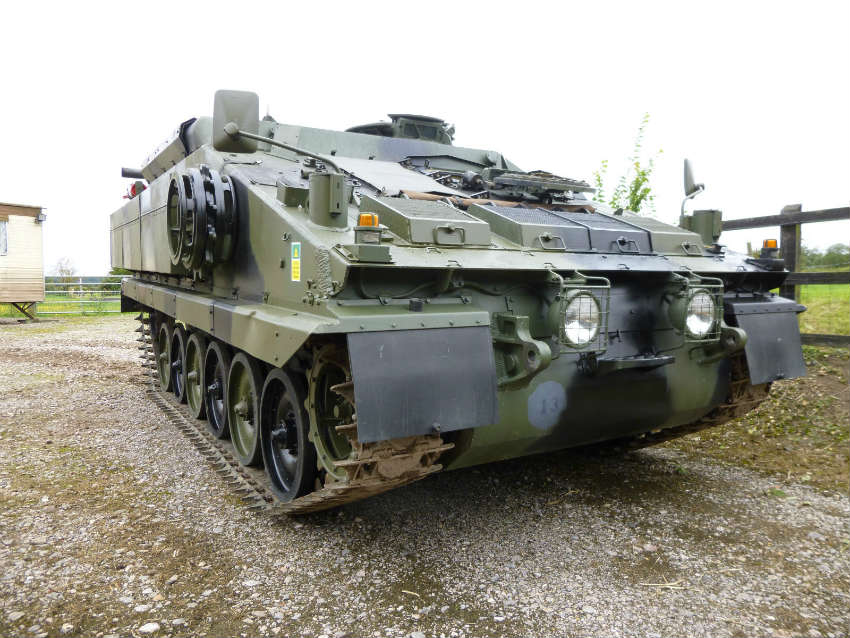 4. A car with a luxurious interior

Another approach we could take to this whole “dead people taking over the planet” thing is to see it as one big zombie road trip. In other words, you might have to live in your car, so you may as well enjoy the ride. We recommend the Mercedes-Benz M Class or the BMW X5, which both deliver some serious driving power as well.

Alternatively, you could speak nicely to MINI and get one of these lovely concept camper vans – but we don’t imagine you’ll be inclined to open the doors too much.

5. A car with clever technology

Brains over brawn? When survival is paramount, don’t settle for a car without all the mod cons. A car lacking Sat Nav, for example, is pretty useless for a proper escape. 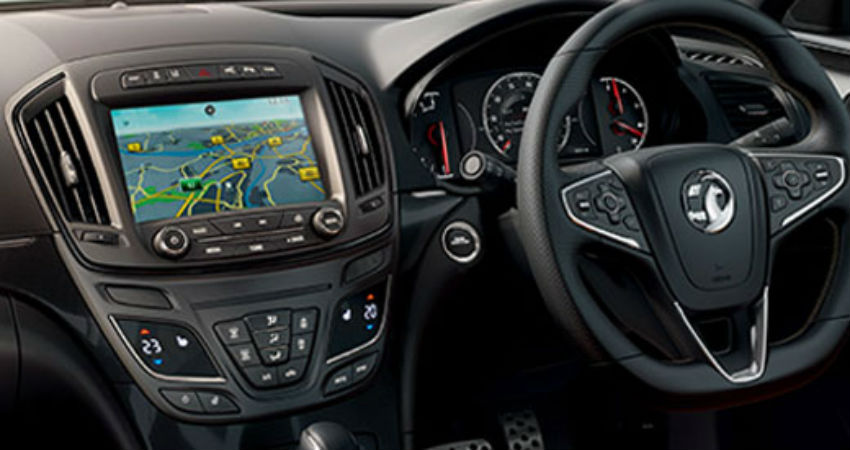 Design your own zombie car!

If you aren’t actively worried about an actual zombie invasion, you can still have quite a lot of fun creating your own zombie survival car with Hyundai’s game, the Walking Dead Chop Shop.

If you were at the New York Comic Con last weekend, you would have seen the winning submission from 82,500 created with the Chop Shop app – a knife-covered Hyundai designed by Anson Kuo. Based on the Hyundai Santa Fe Sport, Kuo added knife blades, an automatic crossbow, razor-wired windows, a Samurai sword, 3 machine guns, aluminium armour and a muffler silencer to create the “Ultimate Zombie Survival Machine.” Hyundai and Galpin Auto Sports promptly made the vehicle and displayed it at the NY event.

“My main design goal was to make the vehicle as stealthy and spacious as possible,” said Kuo. “I knew knives and blades would be the best bet for weaponry – they could slice and dice the zombies without releasing any ammunition. Basing the design on the Santa Fe allows space for extra passengers as well as weapons, supplies and all the other necessary items needed during a real zombie apocalypse.”

Are you a zombie?

What if the dust settles and, amid the confusion and panic, you find that YOU ARE ACTUALLY A ZOMBIE? You still need to get around and, if we stay true to stereotypes, you won’t be the speediest on your feet. So what are the best cars for zombies? The only time we can remember seeing one behind the wheel was in Warm Bodies, when Nicholas Hoult as “R” drove a BMW Z4 round an airport – and promptly crashed it in the car park.

Do you have any bright ideas for perfect cars for zombies, or to survive a zombie invasion? Let us know on Facebook.