The Corolla makes its return to the UK market. 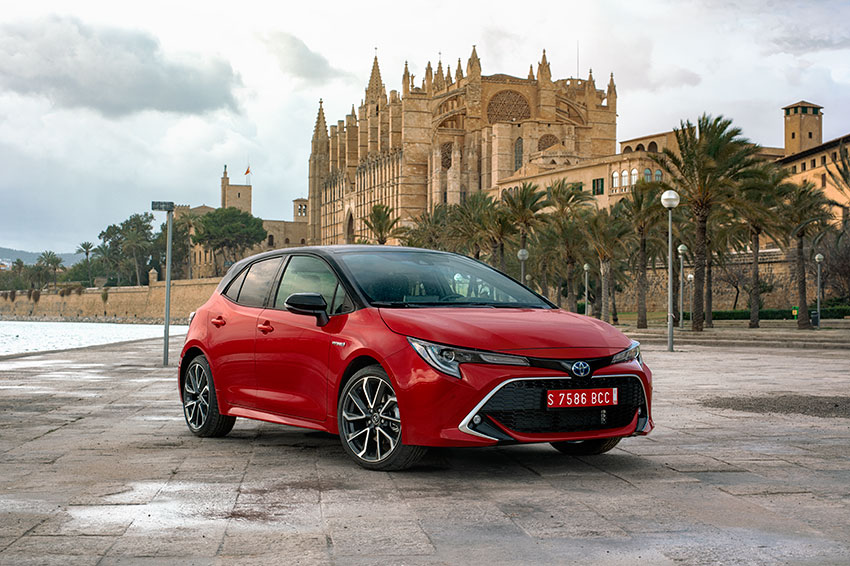 The all-new Corolla from Toyota accommodates hybrid units across nearly all its line-up – what’s more, the car is manufactured right here in the United Kingdom. Automotive journalist, Tim Barnes-Clay, travelled to Majorca for the model’s global media launch.

The Corolla has been sold in the UK before, but bizarrely Toyota changed the family hatchback’s nameplate to Auris way back in 2006. 13 years later, the Corolla is back in the UK, which makes sense as over 46 million sales made the Corolla the planet’s best-selling model.

Toyota's Corolla is very cool for other reasons as well, because it looks great on the outside, and has one of the smartest interiors. Obviously, the higher up the range you go, the plusher it becomes. But the general design of the interior, even in entry-level models, is far more attention-grabbing than, say, a Ford Focus.

So, frankly, it’s brilliant to see the ‘Corolla’ return. The name makes you think of words like ‘dependable’ and ‘trustworthy’, and now, ‘environmentally-friendly’ will be added to that list. Why? Well, the all-new Corolla is largely being made with electrified powertrains, including the 1.8-litre petrol-electric hybrid unit, driven for this review. The maximum power comes to 121ps. This is enough to propel the Toyota from 0-62mph in 10.9 seconds and on to 112mph.

Okay, it will never be the quickest hatchback off the line, but that’s not the Corolla’s goal. Efficiency is the reason behind the car’s renaissance instead, with the modern Toyota doing around 55mpg to 65mpg, and with CO2 figures as low as 73g/km. 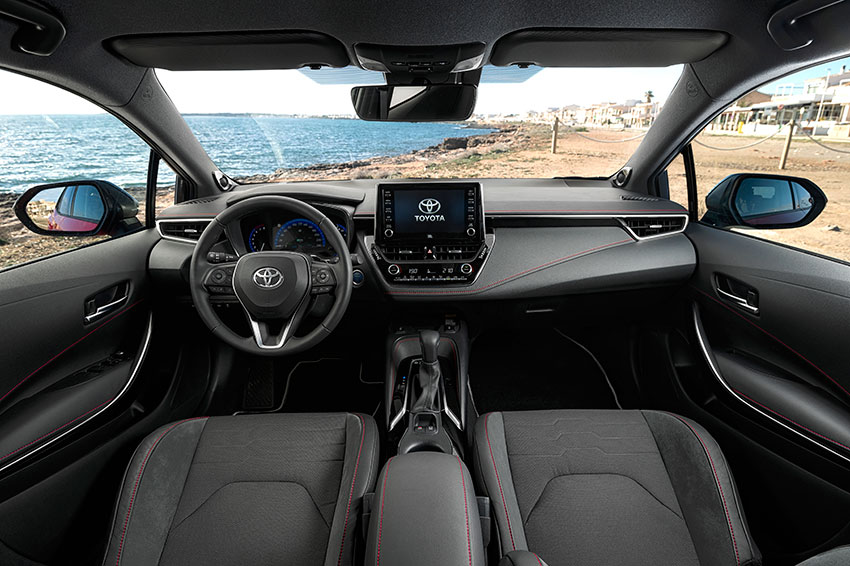 As soon as you step into the Corolla, you instantly notice a couple of things: the clear view of the road ahead, and the low-slung seating position. The Toyota's seats have been deliberately lowered which, when combined with a higher-than-before centre console, makes you feel cossetted. To complement this driving position, the instrument panel and bonnet have also been designed to be as low as possible to give you an outstanding view.

On the move, the new Corolla in 1.8 four-cylinder hybrid semblance is only partially satisfying. The car is compliant on all but the most traumatised tarmac, and its low centre of gravity means body roll is practically non-existent on tight bends. But, when it comes to the driving experience, it is hard to get engrossed. Then there’s Toyota’s continuously variable transmission. This has been bettered, but it is still raucous – emitting the sort of noise you get from driving games on a PlayStation or XBox. 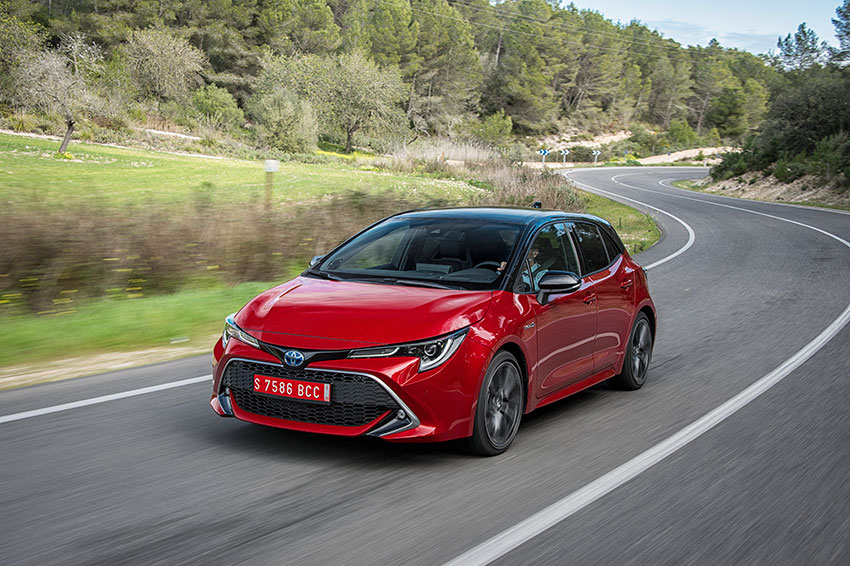 Nevertheless, the Toyota is obedient around town, where an easy-going driving manner will enable you to move about without using much more than a drop or two of petrol. And, if you are tolerant, the Corolla becomes a serene cruiser at motorway speeds. The Corolla’s seats keep you in place nicely and are forgiving enough so that you won’t feel uncomfortable after a few hours behind the wheel. The driver’s seat is also height-adjustable on every model, so it's incredibly straightforward to find a suitable driving position. Variable back support for the driver’s seat is standard, and the seats are also heated across the line-up. 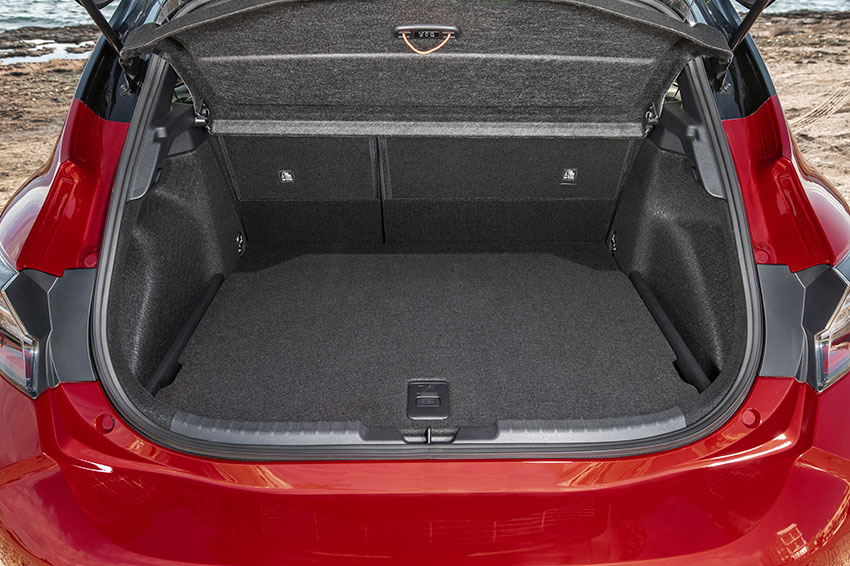 Alas, the rear of the hatchback provides the space you need but not much more, but is similar to what you will find in the Vauxhall Astra or Ford Focus.

Getting a child seat into the right position can be tricky, but thankfully, the Isofix anchor points are stress-free to use behind detachable plastic covers. The Corolla's slanted roofline means you need to bend down low to strap in your kids, and there isn't enough space between two child seats for an additional passenger.

This doesn’t rain on Toyota’s parade too much though, as both the estate and saloon versions of the Corolla are better than the hatchback’s for rear-seat passengers. This is due to improved room between the rear and the front wheels on these models.

There is a significant amount of storage space for all your bits and pieces – for example, your wallet and keys will fit into the narrow but deep stowage area beneath the armrest. What's more, your smartphone will fit into a cubby below the Toyota's centre console. If your smartphone supports it, it can be charged wirelessly from there, too. Even if it doesn't charge that way, the compartment still conceals your phone from opportunist thieves, should you choose to leave it in the car. 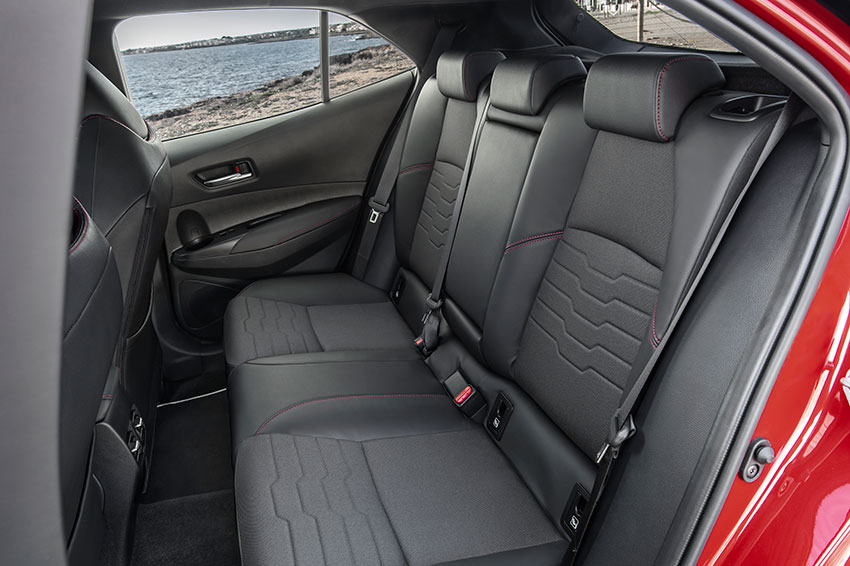 Rear-seat passengers only get cupholders in the doors and no door pockets. However, the Corolla's front door pockets are big enough for a one-litre bottle.

Raise the hatch, and while the boot isn’t the most spacious on the market, it should be more than enough. There are 361 litres of load space in the 1.8 Corolla, which is slightly bigger than the Focus’ boot with enough room for a baby buggy and a couple of travel cases – or a set of golf clubs. Even better, if you fold the back seats down, you can squeeze in a bicycle with both its wheels on.

Meanwhile, it’s worth mentioning that even though Toyota has included plenty of technology, like an eight-inch infotainment unit but perhaps surprisingly, there isn’t any Apple CarPlay or Android Auto smartphone integration.

Nonetheless, the modern Toyota Corolla is the finest hatchback to come from the Japanese car manufacturer for ages. The build quality is good, and it delivers a comfy ride, along with confident handling. Yes, the Corolla has a few shortcomings, but they are irrelevant enough for buyers to be enticed by the model’s negligible CO2 emissions and consequential low running costs.

*Price correct at time of publication and is subject to change