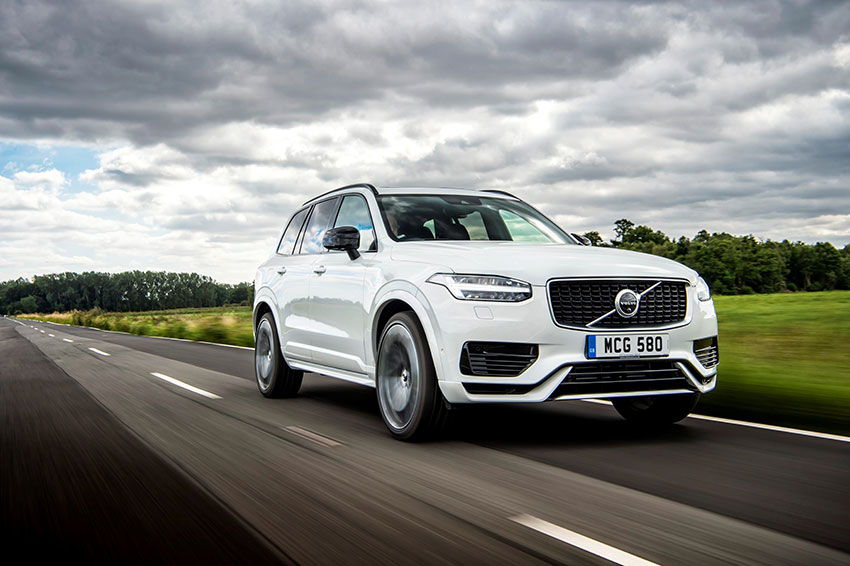 Imagine, just for a moment, a speed-dating night, but instead of hopeful humans, all the SUVs have gathered, hoping to woo the car-buying public. Each one gets just a couple of minutes to make its case, hoping someone will fall in love and park them on their driveway forever. But just before proceedings get underway, the door swings open and a big drop-dead gorgeous SUV rolls in. It’s the Volvo XC90. Those other SUVs are in for a tough night. Especially since this is the newly refreshed XC90 and now, it’s better than ever, according to Volvo.

Okay, so the refresh isn't that big of a deal. Some new mild-hybrid technology has been paired with the diesel engine option, and there are some very subtle upgrades to the styling. But this car doesn’t need many changes to keep it at the top of the pile. There’s probably no SUV more desirable than the XC90 on the market. And since it arrived more than five years ago, it’s been dropping jaws like nobody’s business.

Its success with consumers naturally begins with that elegant but formidable design. It doesn’t shout, but it doesn’t whisper, either. It’s simply a fabulous machine, and the same can be said for the interior. Here, expensive-looking materials with a high-quality finish have been incorporated into the minimalist design. The results are glorious. 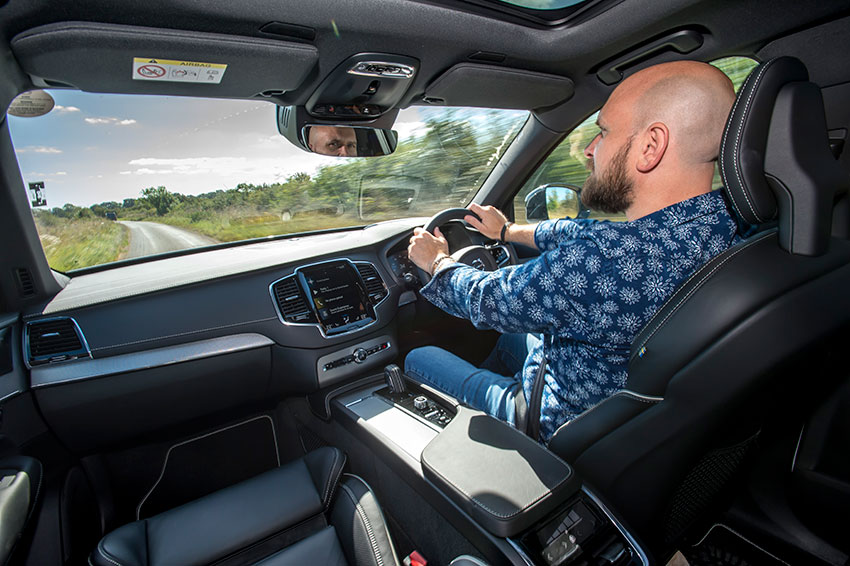 As well as looking great and being incredibly well designed, the XC90 is safe, just as you would expect. Volvo once pledged that by 2020, nobody would be seriously injured or killed in a new Volvo. That date is now fast approaching, and the XC90 has recorded Euro NCAP crash testing results that rank it among the safest cars ever tested. A big part of its impressive scoring at the crash safety testing facilities is the enormous amount of technology put into the XC90. Volvo has even developed a safety system that helps the occupants stay secure in the event that the vehicle has left the road altogether. Somehow the XC90 knows when this has happened and prepares itself to act.

So, it’s safe, it’s beautiful, it’s stylish. Surely the XC90 has some sort of drawback? Perhaps it uses big thirsty engines? Well, for a big car you’d certainly think so, but, no. The Volvo XC90 uses boosted four-cylinder engines only – like just about every other new car on the planet. However, this isn’t going to last forever, and by the time the new generation rolls around, diesel will have disappeared from the line-up altogether. And then, all models will be either hybrid or electric only. Which leads us to the T8. 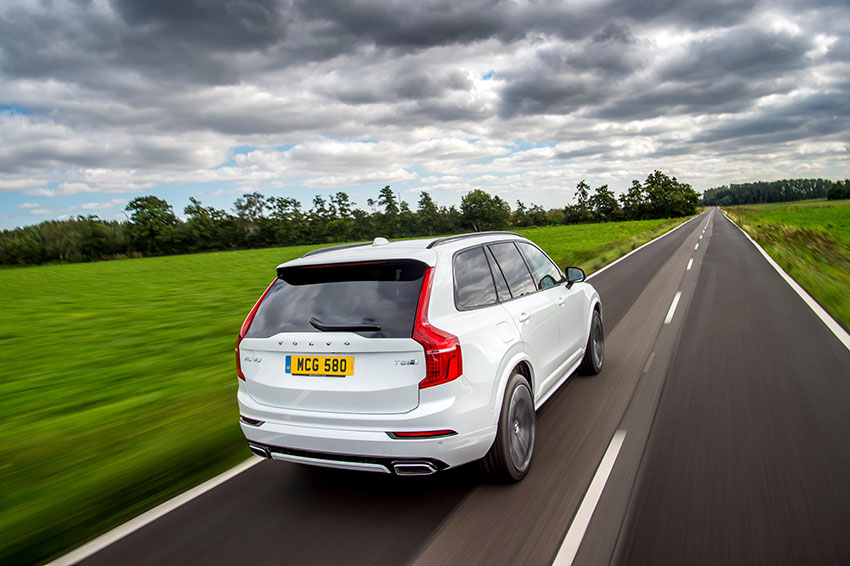 The T8 is Volvo’s headline powertrain for the XC90; a combined 390PS from both a supercharged and turbocharged four-cylinder petrol and an electric motor. It is a plug-in hybrid and can run on electric power only for around 25 miles. That is useful in cities or traffic jams, and combined, Volvo says this model will see you over 80mpg. Of course, that relies on you having a full battery all the time, something which isn’t always possible. Usefully, this system does provide some very low CO2 emission figures – around 55g/km, so car tax is lower, as is BiK if you're lucky enough to consider one of these for work purposes. 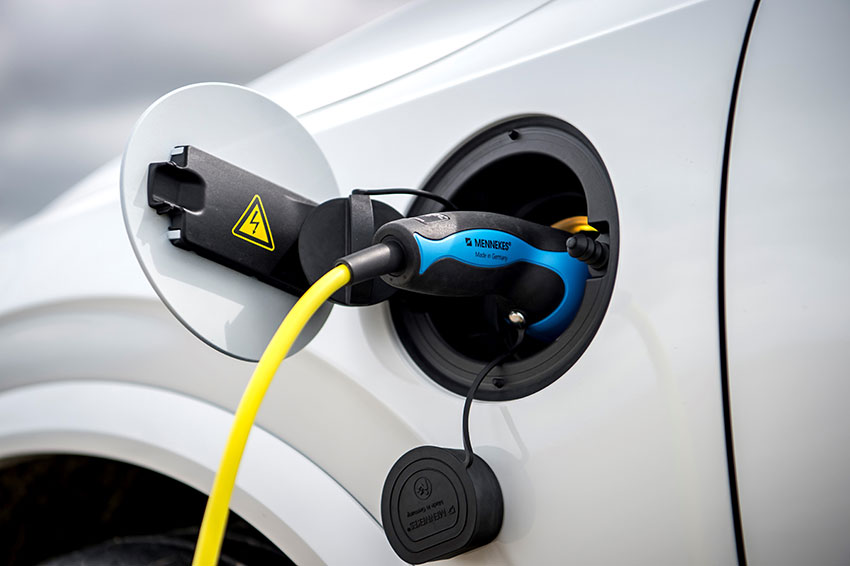 Being a substantial unit (over 2.3 tons) the XC90 is not exactly an SUV you’re going to choose for its entertainment factor. Volvo doesn’t really do exciting cars, but what it does is luxurious, comfortable and hushed machines with meticulous attention to detail. Everything looks and feels magnificent when you're out in the XC90. It is a quiet, graceful machine for all its external splendour, and the controls feel light and simple to operate. Although it feels larger than life on the road, you never feel stressed when driving it. It’s a car that gives you a lot of confidence, despite the dimensions. And when it's only calling upon the electric element of the powertrain, it's practically soundless.

Regardless of whether you choose this T8 PHEV or not, you’ll get an eight-speed automatic gearbox, which is one of the finest on the market. It’s smooth and quick to respond to driver inputs. Be warned, though, this car will never, ever be entertaining. This is a consistent companion for the road, and it has no modes that turn everything up to 11. Should you buy one then? We’ll keep it fairly simple – yes. The XC90 is one of the best SUVs ever made, with supreme levels of quality and luxury. And the T8 offers a best of both worlds situation, with the ability to cruise around for over 25 miles using nothing but battery power. It is far from cheap – it starts at just over £52k, but the T8 will set you back £66,645. That being said, this is pretty much as good as it gets in terms of seven-seater SUVs. We won’t talk about off-roading because nobody who purchases a car like this ever uses it for more than driving across a wet field (despite what they might tell you) but the XC90 has four-wheel drive anyway. 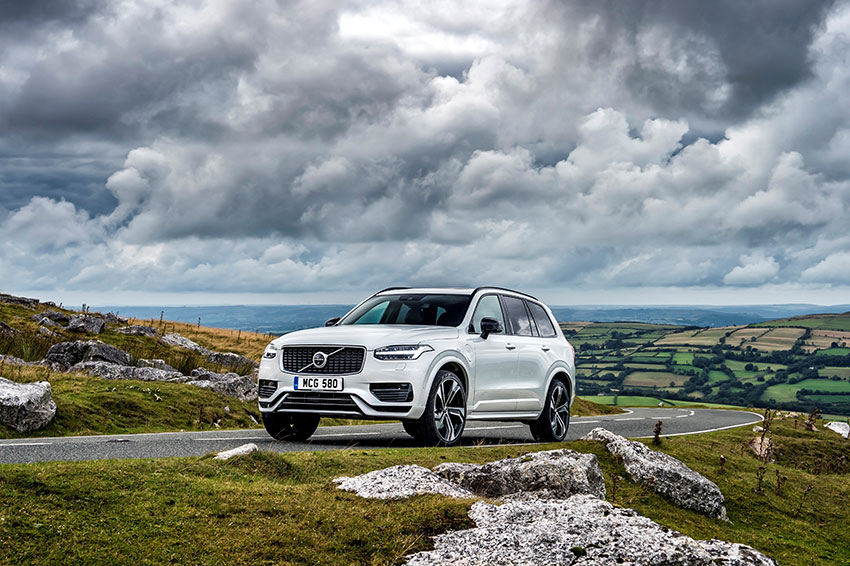 It’s spacious, it’s comfortable, it’s fabulously well-made, and it looks incredible. If you're any other SUV, you'll be hoping that the Volvo XC90 doesn’t turn up to cramp your style. That’s because all eyes are on this car when it’s around, and rightfully so. Volvo, you’ve stolen our hearts.

Make a date with a new Volvo