Will the latest offering from Kia ‘XCeed’ your expectations? Motoring journalist Jim McGill puts it through its paces. 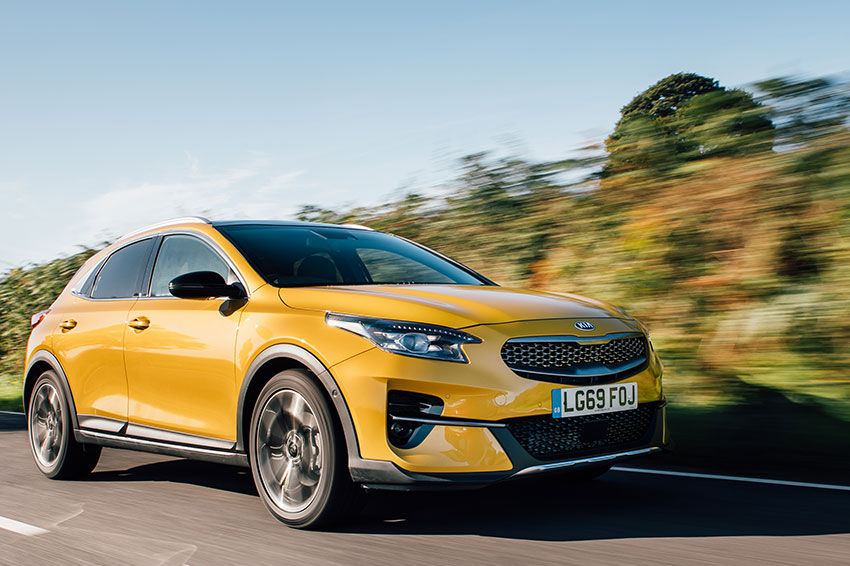 If there’s one thing car manufacturers are good at, it’s creating niches. They are brilliant at designing and building cars for a market which no-one — apart from the design and marketing boffins who shared the collective ‘lightbulb moment’ — knew existed. So, to the list which includes the likes of city car, crossover and SUV comes… the CUV.

Worked it out yet? Well, according to the ingenious people at Kia, the latest niche is the Crossover Utility Vehicle. And the first member of this rather exclusive club is, the XCeed. Interestingly, in discussion with the aforementioned Kia people at the car’s first drive near Newbury, they also referred to the XCeed as an ‘Urban Crossover Utility Vehicle’, but I guess ‘UCUV’ would have been a step too far.

But what, really, is the XCeed? 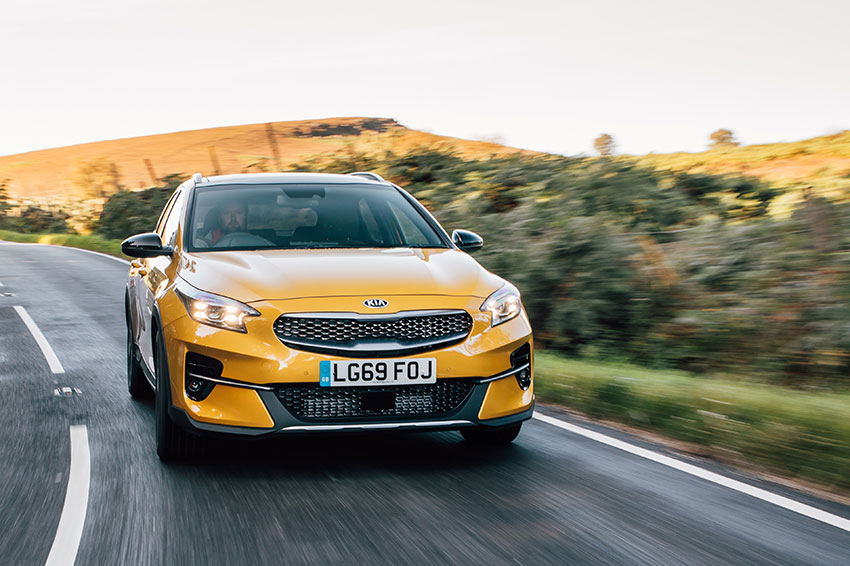 Well, obviously it’s the latest member of the Ceed family; meaning it joins established stablemates the Ceed regular hatch and the Ceed Sportswagon, the practical estate car. There is, of course, also the ProCeed, but that’s a slightly less practical version of the Sportswagon, meaning it’s almost surplus to requirements. Prices for the XCeed start at £20,795, and climb to £29,195.

But the XCeed — which is available with a wide range of engine options, including economical diesels and turbocharged petrols — has a significant role to play. Kia actually sees it as a bridging vehicle between not only the Ceed and Sportage, but also the Stonic and Sportage. And as the whole world and its dog appears to be flocking towards the burgeoning crossover sector, that would appear to be shrewd placement by Kia. The potential is huge.

The same… but different 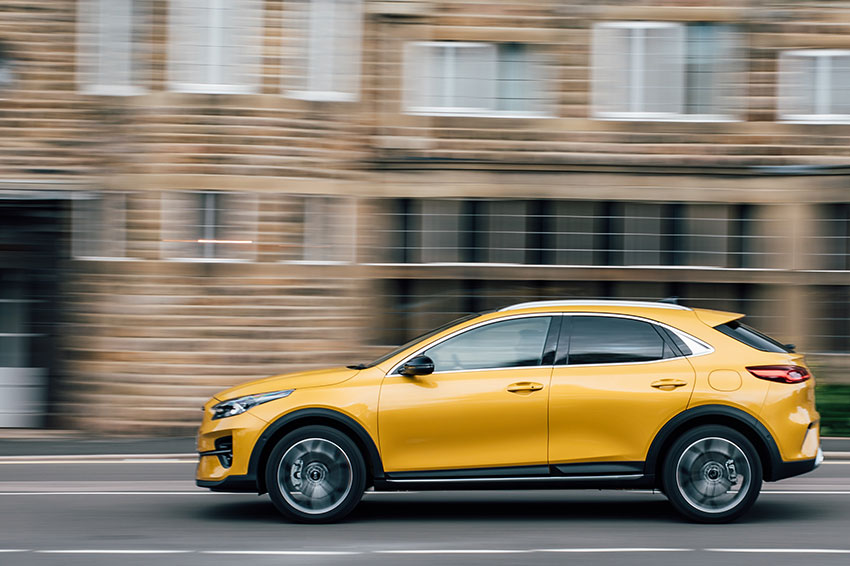 Just as well then that the designers appear to have nailed the brief. Give the XCeed a quick glance and it looks almost identical to the standard Ceed. Sure, it’s got the usual smattering of tough-looking, go-anywhere plastic body cladding and roof rails, plus a raised ride height, both of which are aimed at giving the city dweller that feeling of having a true off-roader.

But closer inspection reveals there’s actually very little carried over from the standard Ceed. In fact, the only panels which are the same are the front door skins. Everything else on the five-door coupé-look XCeed, certainly in terms of sheet metal, is new.

The newcomer is also larger. It’s 85mm longer than the Ceed, meaning you need at least 4395mm to squeeze it into your garage, while it also has a raised ride height which, depending on whether you fit 17in or 18in wheels, gives it between 172mm and 184mm of ground clearance. The benefits of the extra length are found in the boot space where there’s 426-litres of stowage. That’s an extra 31 litres over the Ceed.

But with much of the extra length being behind the rear axle, there’s not really any additional space for occupants, either in the back or the front. Not that it’s a problem really, because the Ceed already matches most of its rivals in the family hatchback sector. 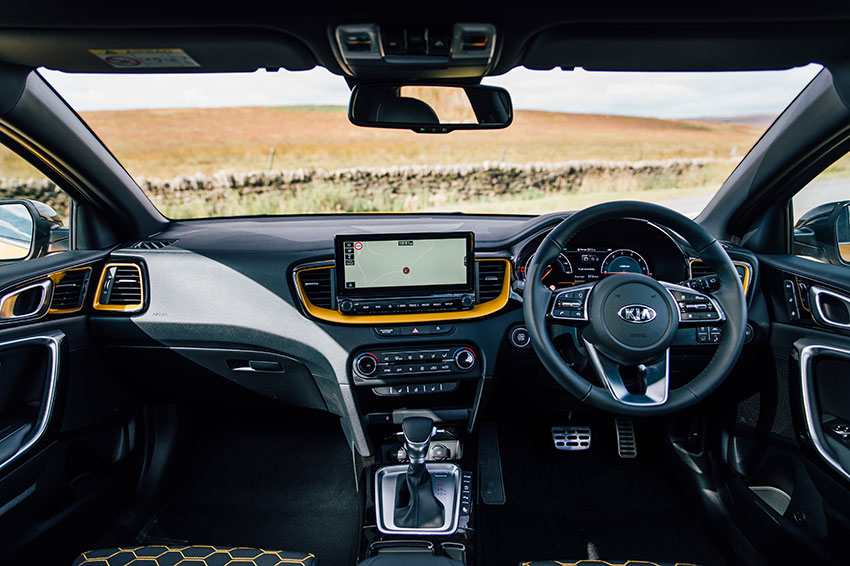 Inside the cabin, the dashboard, plus much of the other fittings and features have essentially been lifted straight out of the Ceed. That’s no bad thing because it means a simple, straightforward, no-nonsense, well-laid-out design. Opt for the First Edition models (expected to be the big seller in the UK), and you also get a few nicer materials and details on the dash. First Edition also brings in yellow stitching and quilted leather seats.

Across the range there are a few new features, mainly related to infotainment. Perhaps the most noticeable is a configurable, crisp 12.3-inch TFT instrument cluster with — ta-da! — Supervision. I know – it sounds like something out of a sixties sci-fi programme like Captain Scarlet, Stingray or Thunderbirds. Rest assured though, the graphics are pin-sharp. There’s also a new 10.25-inch multimedia touchscreen.

There’s a punchy 1.6 diesel, available with six-speed manual as standard, or an optional DCT transmission. Of the two petrols, the 138bhp 1.4-litre turbo is predicted to be the big seller in the UK. There’s also a three-cylinder 118bhp 1.0-litre.

I drove the larger of the two petrols, mated to the DCT, and found it one of the smoothest transmissions of its kind. The combo ensured the XCeed coped admirably with everything thrown at it; from city centre dawdling to motorway cruising.

Off-road, or off the charts? 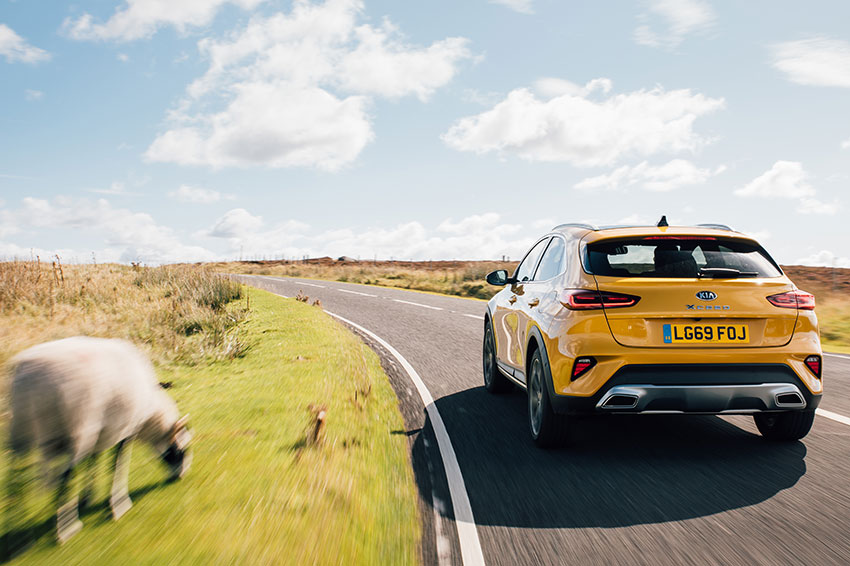 First and foremost, the XCeed is a road-going car. Just as well that its combination of refinement, dynamics and handling make it perfectly suited to the drivers’ needs. Building on the already improved quality and ride of the Ceed, plus the addition of the new infotainment and its rugged external looks, ensures the XCeed deserves to be a consideration for anyone looking to join the new club on the block, the CUV.

Oh. And that’s before you factor in Kia’s seven-year warranty. No wonder Kia believes the XCeed will be the biggest seller in the Ceed line-up, topping the sales charts ahead of the standard car, the Proceed coupé and Sportswagon estate.