The ŠKODA Kamiq is the new small SUV on the block – but does it have what it takes to outshine its rivals? 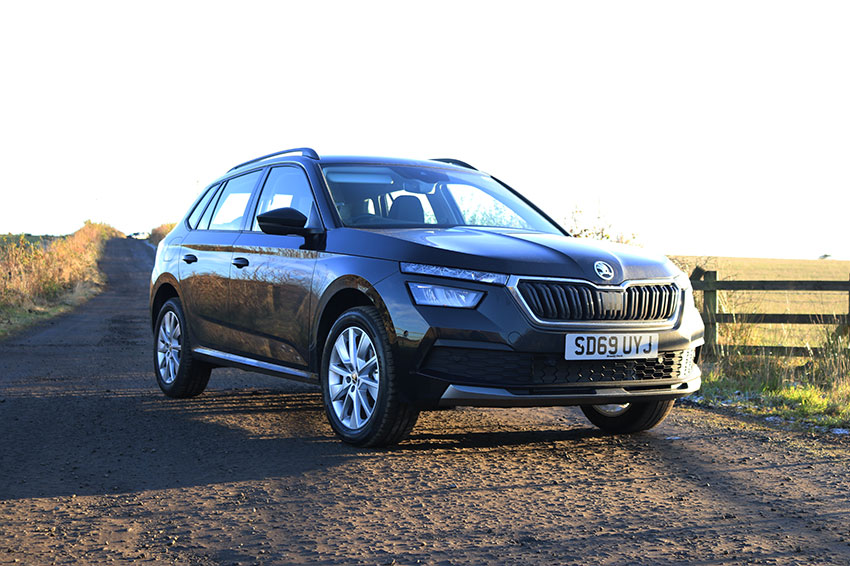 ‘Has there been much excitement about the Kamiq?’ I ask the helpful ŠKODA rep when picking up the keys for my test drive.

And that, in some ways, sums up this compact SUV. It’s certainly not a car that’s going to get your heart racing. It would be hard to pick it out of a line-up. It feels like it’s just another car – sensible, dependable, reliable and all the things you associate with the Volkswagen stable. In short, at first appearance you might think it’s a little dull.

But it’s really not. In fact, it uses the power of the blank slate – you can define exactly what you want the Kamiq to be. It’s a car that can be all things to all people – a family car, a motorway trojan, an outdoor pursuits companion or a cool city SUV. Take a little time to get to know the Kamiq and you might find this is a car that will easily fit in with your lifestyle.

So what is it? 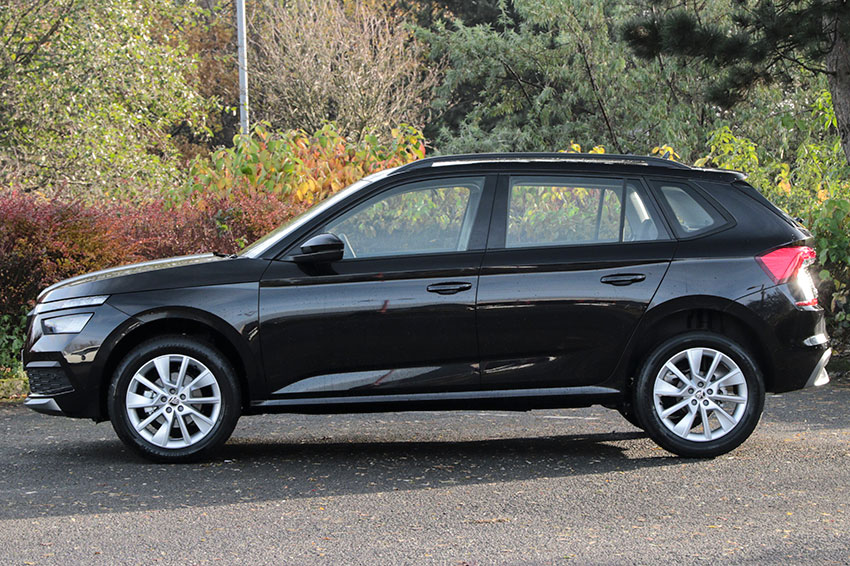 Well, it’s a compact SUV from ŠKODA, and shares some of the same underpinnings as the SEAT Arona and Volkswagen T-Cross. There are three trim levels available – S, SE, and SE L. The whole line is designed with safety in mind, and even the entry-level model includes lane assist and front assist systems. We tested out an SE, which comes with a strong equipment line-up including Android and Apple connectivity, DAB radio, cruise control and rear parking sensors, as well as nice little touches like an automatically dimming rear-view mirror and even an umbrella in the driver door. At the top of the line, you’ll also get a bigger screen, voice control, virtual cockpit and cruise control. Those are nice extras, but the SE should have enough on offer for most buyers. 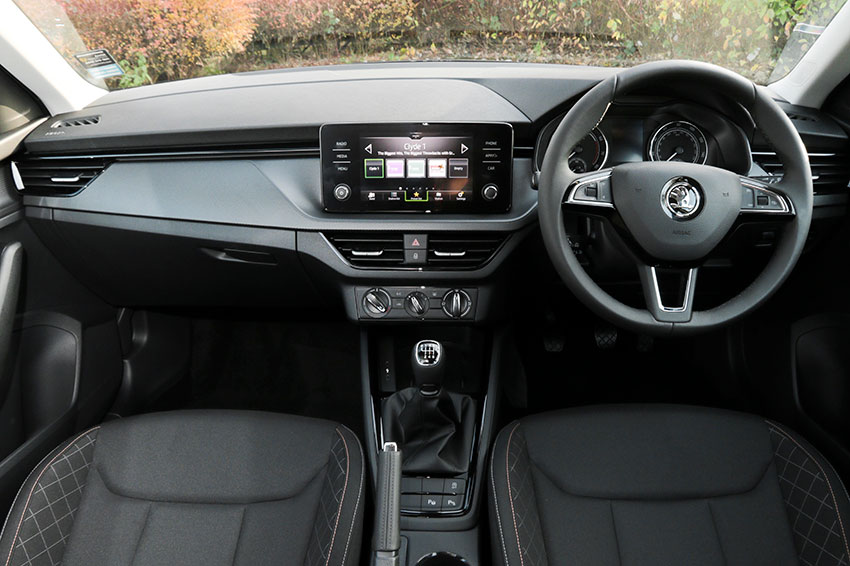 The Kamiq carries its external anonymity through to the inside. It’s very…black. From the upholstery to the panels, everything shares a tone. Surprisingly, this doesn’t make it feel dark or imposing, possibly because there’s just so much room. The lack of colour scheme makes it feel like everything is tied together; it’s a serene space. And while these aren’t premium materials, they certainly don’t feel cheap either. It’s an ergonomically sound environment, perfect for keeping your focus on the road. There’s a large touchscreen to control the infotainment system, but you still have some good solid plastic knobs to operate the air conditioning and temperature, just as it should be.

And as, you’d expect, the boot is pretty spacious at 400 litres, about what you’d expect from a compact SUV and certainly more spacious than most family hatchbacks.

How does it drive? 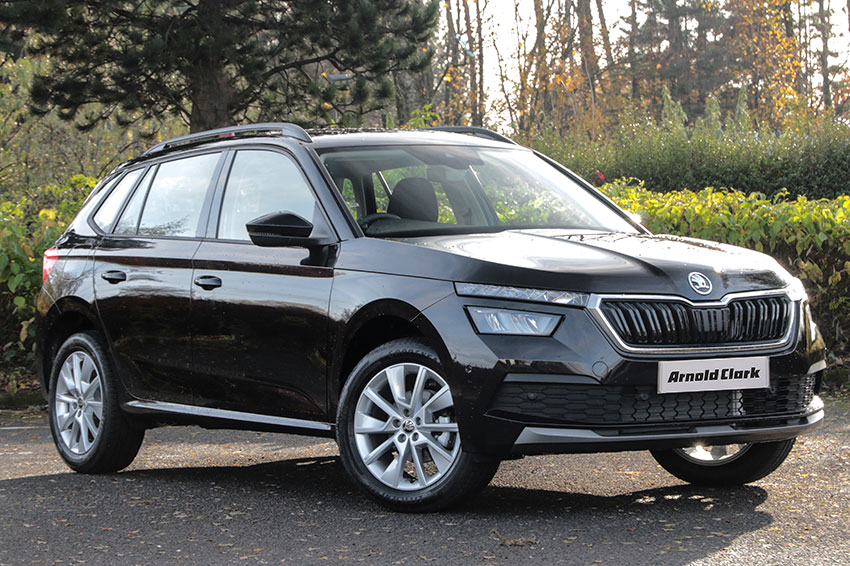 The Kamiq feels perfectly at home on the motorway and cruises along very pleasantly and quietly, and the subtle lane-keep assist system means you’ll always stay between the lines. There’s also a helpful blindspot warning system with lights on the mirrors to help make overtaking a little simpler. As you’d expect from an SUV, you have a good driving position, but it’s not like driving a van so you never get delusions that you’re King of the Road. Earl of the Road at the very most, or maybe baron.

And it doesn’t really seem like you’re driving an SUV – it feels small and nimble. On country roads, the handling is sharp as it takes on tight corners with ease. And despite the relatively small engine, it’s quick off the line. It’s never going to achieve great speeds, but when you put your foot down, you get a decent burst of acceleration so you can overtake with confidence. It’s also been given the full five stars from Euro NCAP, providing that extra peace of mind. 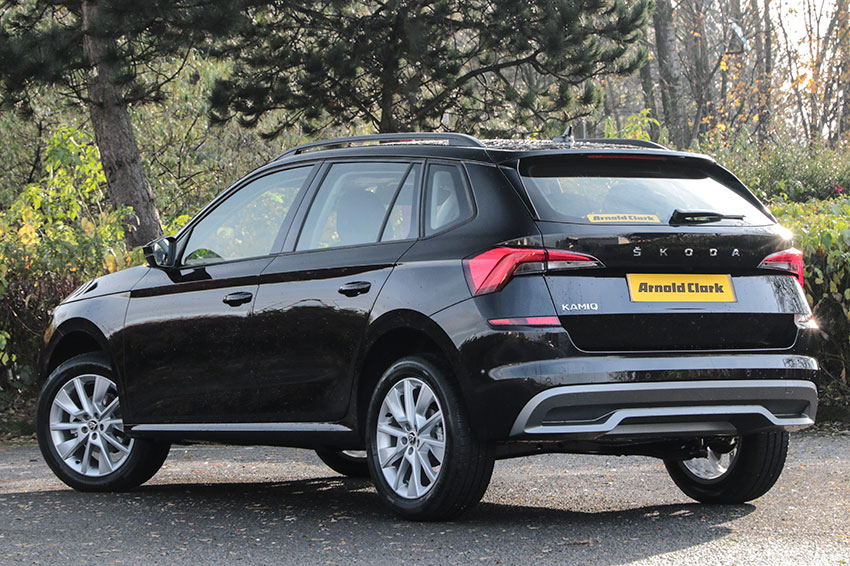 The Kamiq is good. In fact, it’s very good. No child is going to put a poster of the Kamiq on their wall and no adult will dream of owning one…but maybe they should. You can have your flashy sports cars or your quirky superminis, but this is a car without pretentions. Look up ‘car’ in the dictionary and you’ll find…well, you’ll find some wordy definitions. But if you had a really special dictionary with nice pictures, it would probably show something quite like a Kamiq. It’s stripped back and practical. It’s a car that will get you from A to B and carry people and their stuff. It’s a car’s car. What more do you want?