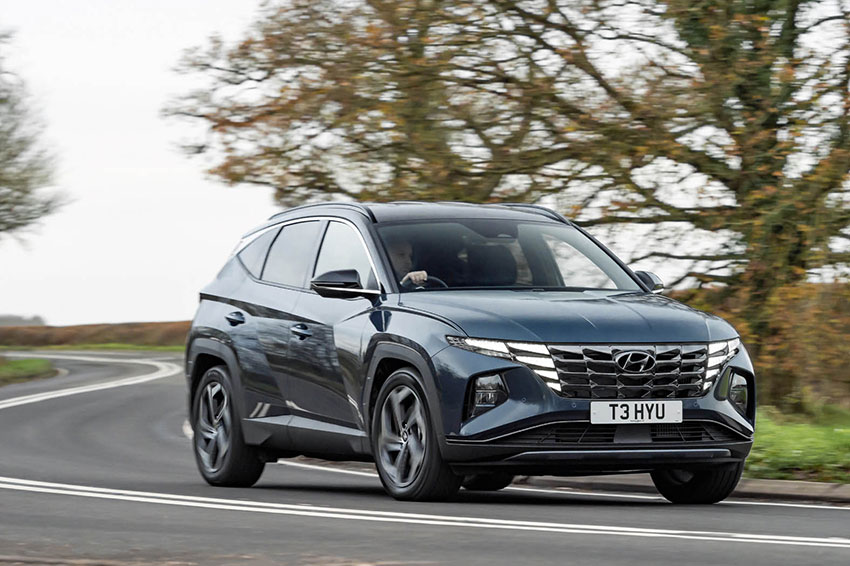 The new Tucson - a standout SUV

A NEW Hyundai Tucson SUV is being released, and it comes packed with innovative features inside and out.

Sharp styling, plenty of technology and a wide range of engine choices set the newcomer apart in the burgeoning sports utility vehicle world.

It’s priced from £28,495 – quite a step up from the previous model – but is hugely impressive on all fronts, with standout design and engineering.

From its bold grille design, which incorporates ‘hidden’ daytime running lights in the sides, to a high-tech interior aimed at making life easier for the driver, the new Tucson sets a high standard in the medium-sized SUV market. 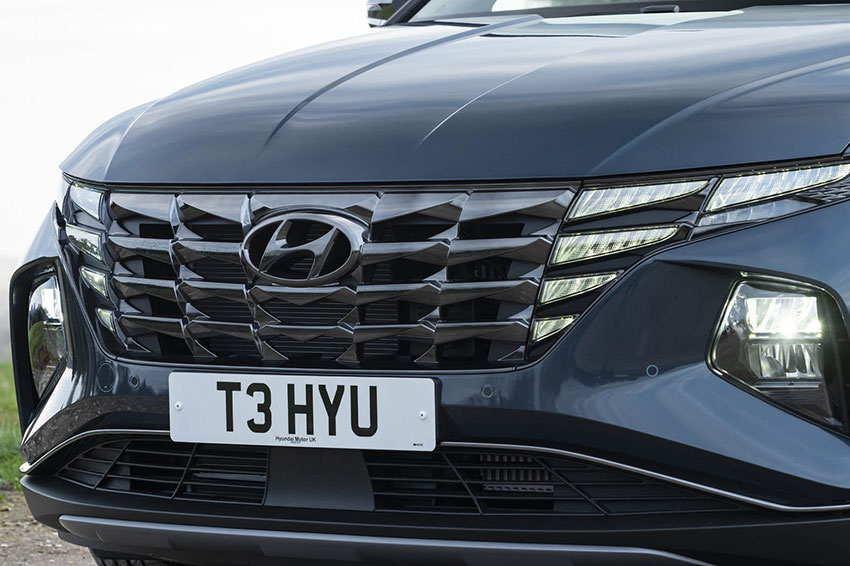 As the fourth generation of Hyundai’s top-selling model, with more than seven million sold since its first arrival in the UK in 2004, the new Tucson arrived with high expectations.

Well, the new model doesn’t just meet those expectations, it shatters them, putting the Korean brand at the top of the mid-sized SUV market, ahead of the likes of Honda’s CR-V, Toyota’s RAV4 and the Volkswagen Tiguan.

Bigger all round, the new Tucson is almost an inch longer than its predecessor, and comes with a spacious interior and a much bigger boot of 620 litres – a full two suitcases more than before. The hybrid version does have a slightly smaller boot to accommodate its electronics, but the difference between the two is minimal.

Maximum cargo space is of van-like proportions at 1,799 litres and, with the top-range Ultimate model we sampled, that was hidden behind a powered tailgate.

The car we tried was a full hybrid, and came with a 1.6-litre turbo petrol engine combined with an electric motor.

Together they develop a healthy 230ps and that gives the car a 0-62 mph acceleration time of eight seconds – the quickest of all versions in the range – and a respectable top speed of 120mph.

On the economy front, it's rated officially at 49.6mpg with emissions of 131g/km. 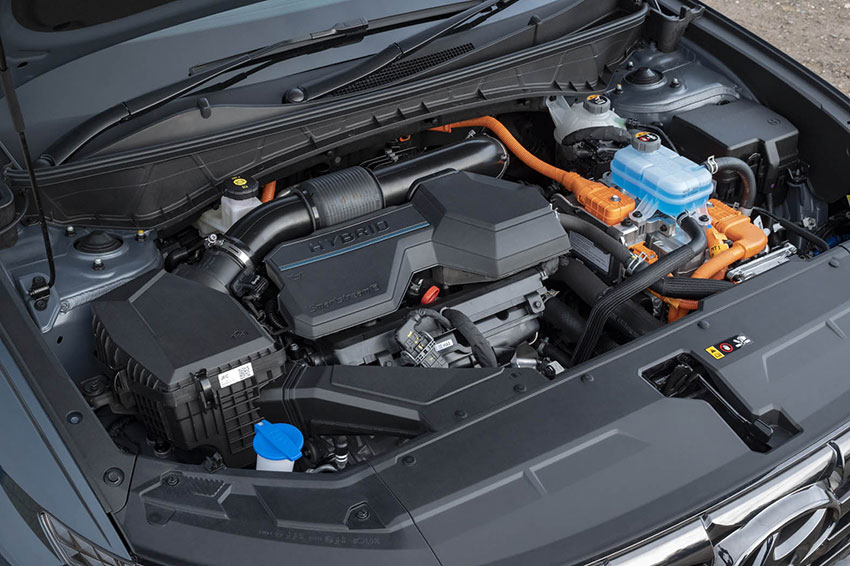 However, we managed to exceed that in everyday driving, seeing an average of 52.3 mpg on the onboard computer, although after a long stint of motorway work, that dropped to an overall average of 42 mpg.

For a car that tips the scales at almost 1.7 tonnes, that's very impressive, and shows Hyundai’s commitment to the new wave of green motoring.

The hybrid has a six-speed automatic transmission, with gears primarily selected via push buttons on the centre console, backed up with paddle shifters on the steering wheel for manual selection if required.

The hybrid has a slightly smaller boot than the regular model to accommodate its electronics, but the difference between the two is minimal. 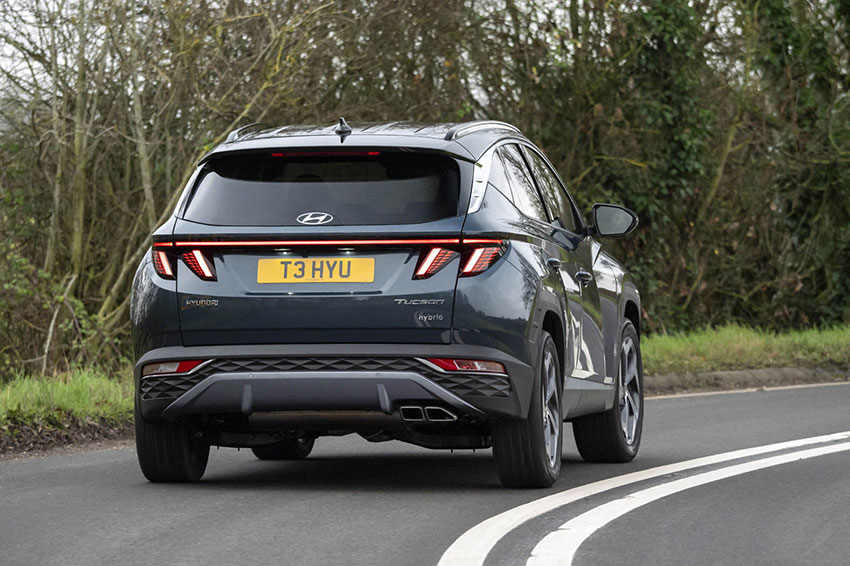 And despite its size, it’s still easy to manoeuvre, with an HD camera system designed to assist with smooth parking - a feature Hyundai has strongly invested in.

Rear view camera screens appear in the instrument panel when you start reversing, giving you a clear view of what’s behind, and making reverse parking a breeze. When indicating to help avoid collisions, and replace either the speedometer or rev counter with a display of what is behind the vehicle as soon as the signal is activated.

Information about the speed and revs are shown as small digital readouts while the system is in action, and it’s a brilliant feature for improving driver safety. 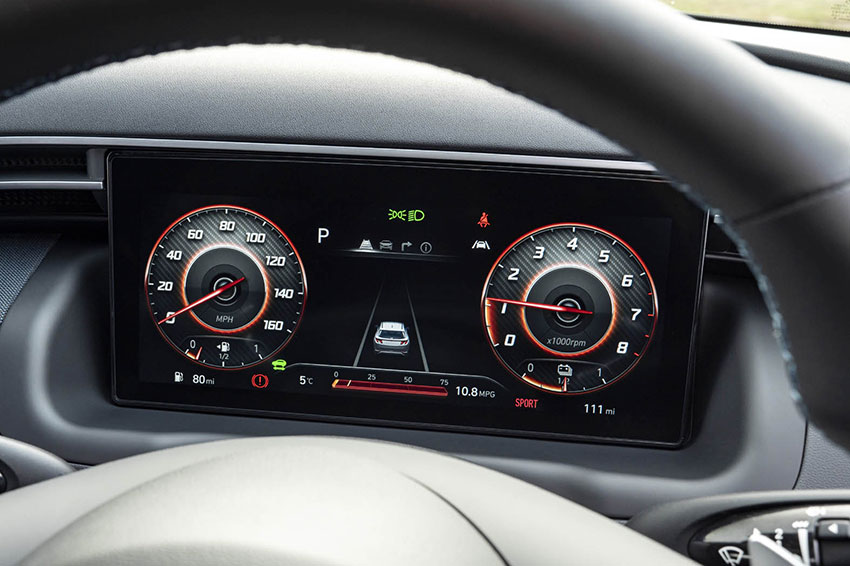 The interior is a class act, incorporating a 10.25-inch central touchscreen in the middle of the dash above touch- operated controls for the ventilation – another a first on a Hyundai.

Speaking of ventilation, the Tucson has what Hyundai calls a Multi-Air Mode system, which uses a combination of direct and indirect air vents for the air conditioning and heating to create a more pleasant in-car environment with a gentle air flow – and it works for both the front and rear.

The digital instrument panel can be configured in a number of ways depending on driver preference, while the navigation and infotainment system uses the latest version of Hyundai’s Bluelink connectivity set up. This system delivers a plethora of information and features, including remote vehicle locking, a smartphone link for last-mile navigation when out of the vehicle, and checking fuel levels.

Wireless phone charging is another neat feature, while other new safety equipment includes alerts when passengers exit the vehicle, and a sensor that detects when the car ahead has moved off when in traffic. 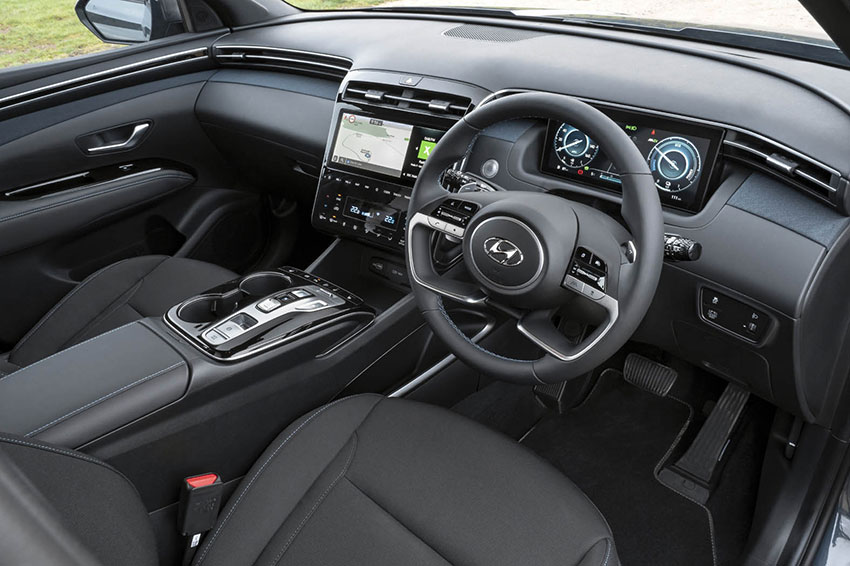 They are all hugely relevant and useful systems on today’s ever congested highways, and reinforce Hyundai’s mission to make full use of technology as an aid rather than purely as a gimmick.

The hybrid we sampled was priced from £37,695, and while that makes it the most expensive of the new Tucson range, it’ is still very competitive in for the SUV market.

The new Tucson is a step-change model for Hyundai and with its blend of practicality, roominess, refinement –- as well as eco-friendly performance –- it’s a force to be reckoned with among the current crop of SUVs. 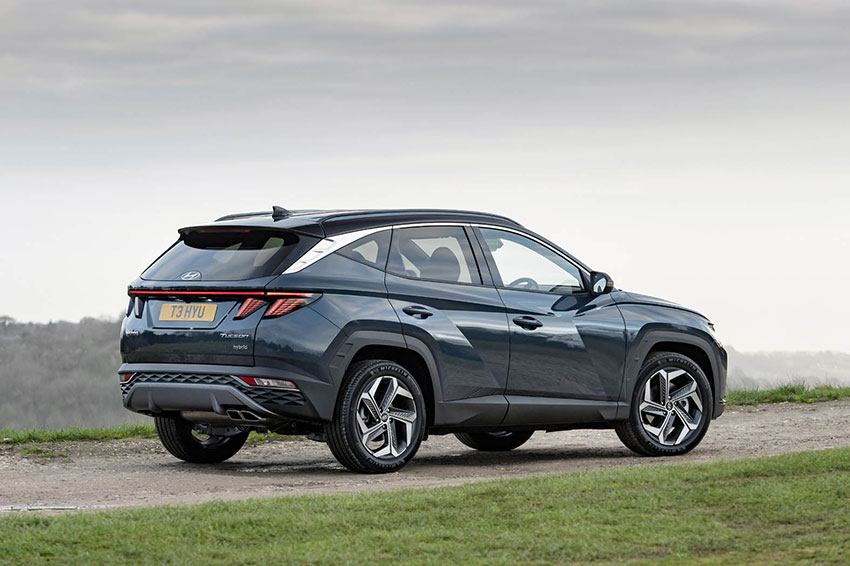