A mid-sized SUV with a point to prove, the MG HS looks full of promise. 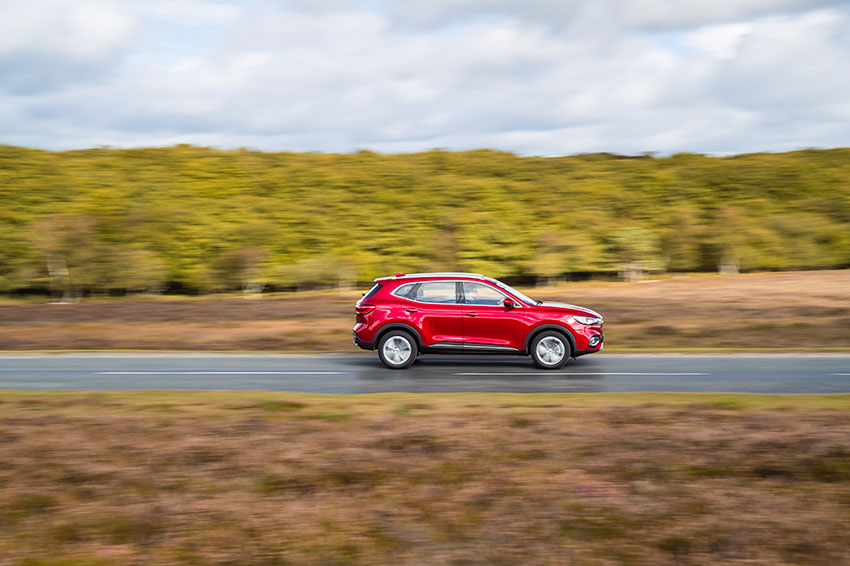 With the brand’s takeover by Chinese interests still fresh in the automotive memory, MG has come to the fore again with the introduction of the HS – and we’re pleased to report it looks like a serious player, ready to compete with rivals in the mid-sized SUV category.

Take the mid-range trim – the Excite 1.5-litre turbo diesel 5-door – which has a well thought-out exterior design, making it look distinctive to most other SUV competitors (probably closest to the Mazda CX-5 at first glance).

Particularly interesting exterior features include the 3D-effect front grille, with chrome trim around it, and a loud-and-proud front MG badge cased in chrome. Across the four wheels there are double-spoked chrome-trimmed 18-inch alloy wheels, and looking upwards, brushed aluminium roof rails.

Less prancing and more practicality, you say? Indicators built into the car’s wing mirrors should help on-road confidence, while full LED headlights, LED daytime running lights and LED rear lights are sure to help you both see and be seen in poor light or on night drives.

Also at the rear exterior, there are rear parking sensors and a bold tri-panelled bumper with that recurring brushed aluminium finish.

The MG HS has 175mm ground clearance which affords driver or passenger a commanding view of the road, creating a sense of in-cabin calm, while in the HS’ boot, you can expect up to 463 litres of space.

The HS Excite interior is clean and tidy, with soft plastics and that familiar brushed aluminium effect around the dash and central storage compartment. Further up, towards the central arm rest, there’s excellent drinks storage space should you need hydration for a hot day’s driving.

Aesthetically, it’s just as pleasing on the outside, with classy touches from the Excite trim up, such as colour contrast stitching across the seats, steering wheel, and around the panels housing the gearstick (the shifts available in Exclusive are 6-speed manual or 7-speed automatic).

The seating is also sporty in shape, with a cosying effect and lumbar adjustment lever, a layout which affords driver and front passenger comfort for longer outings, and versatility for different drivers (and co-drivers).

In the rear, the ‘leather-esque’ seating material continues and there is enough headroom for a 6-foot adult to scan mongoose-like out the front windscreen without fear of knocking a noggin against the cabin ceiling.

Excite and top-line Exclusive trims feature an immersive ambient lighting around the interior door panels and steering wheel area, another feature which sees the MG HS add sportiness without it becoming incongruous with the car’s core functionality.

There is a generous infotainment system on board, with a 10.1-inch touchscreen and app pairing to music streaming sites like Spotify easily available from a device. That’s sure to help on any long-distance family outings, or when passing the time with a podcast. 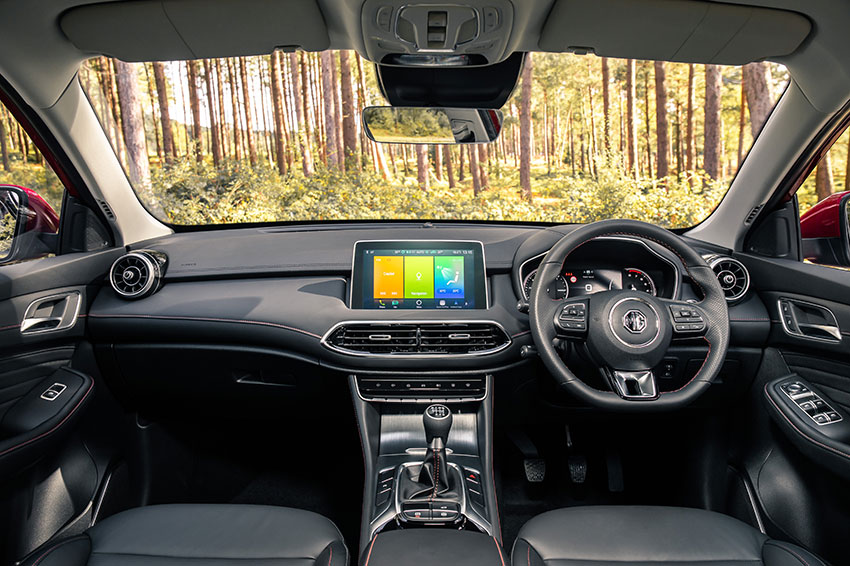 The screen also has touch functions for making calls and to access the car’s dual-zone climate control system.

For checking your drive’s important information live, a digital instrument display evokes modernity, with manual controls on each horizontal panel of the steering wheel for the driver to check stats like speed and fuel range at thumb’s reach. To your right thumb you’ll find a voice control function which is ready to spring into action when apps such as Apple CarPlay or Android Auto are paired.

Even in a mid-range HS Excite, the driver is helped enormously by a plethora of driver assistance functions; more latent features like automatic lights are bolstered by more interventionist tools such as autonomous emergency braking with pedestrian detection, and a blind-spot monitor for when pesky panels deny you a view.

So, what about when you’re on the road and under steam? Well, while the MG HS isn’t purpose-built for speed, it will still rumble along admirably enough for a functional mid-sized SUV, doing 0-62mph in around ten seconds under unofficial test conditions. And with driving modes such as Sport and Super Sport, there is added punch when you ask for it.

While many vehicles with the ‘Made in China’ label have struggled for credibility in recent years, the MG HS, with a British brand name still memorable to any auto enthusiast worth their salt, is a thoroughly likeable car, and should hold its own in what is undoubtedly a busy mid-sized SUV category. Better still, each car comes with a 7-year warranty. 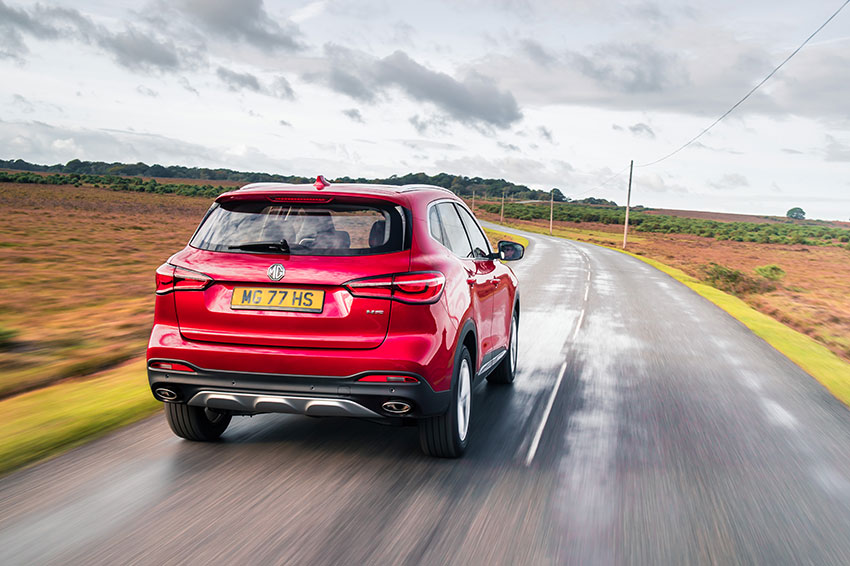