A group of talented youngsters will be travelling to New York next April as part of the prestigious Tartan Day parade. 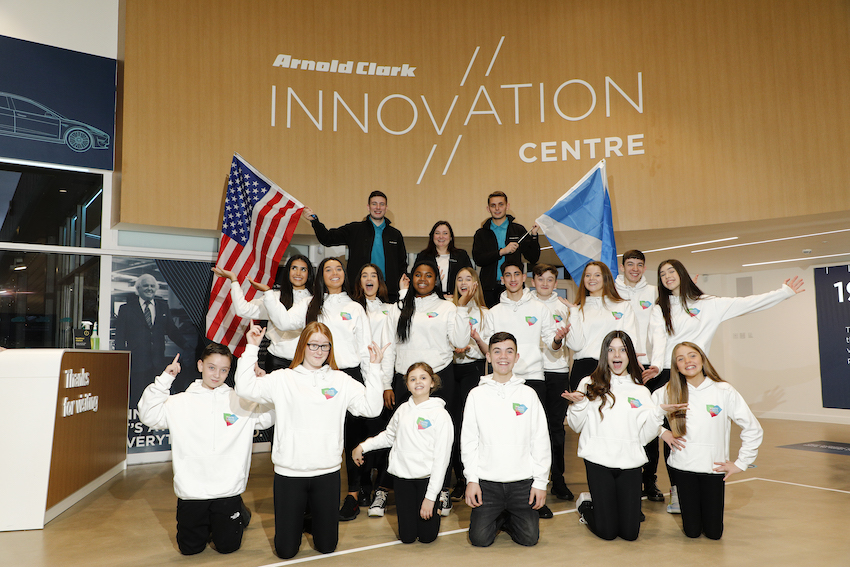 The Theatre School of Scotland at the Arnold Clark Innovation Centre

Arnold Clark is delighted to be supporting the Theatre School of Scotland (TSOS) as part of our sponsorship programme.

First launched in 2017, TSOS provides performing arts training for kids and young adults through weekly courses and offers professional practice at their studios in Glasgow and Edinburgh.

Arnold Clark will help a group from TSOS with their funding to visit New York next April as part of the prestigious Tartan Day parade.

Managing Director and founder of Theatre School of Scotland Reece Donnelly thanked Arnold Clark for their support and discussed the benefits of the partnership.

Reece said: “Arnold Clark coming on board as a partner is a massive help to us.

“It will not only enable the students to have much more of an experience in New York, it will also ease the pressure on us.

“The funding will go towards a variety of different things such as tickets to workshops and Broadway shows in New York, as well as the costumes we’ll use while we’re over there.” 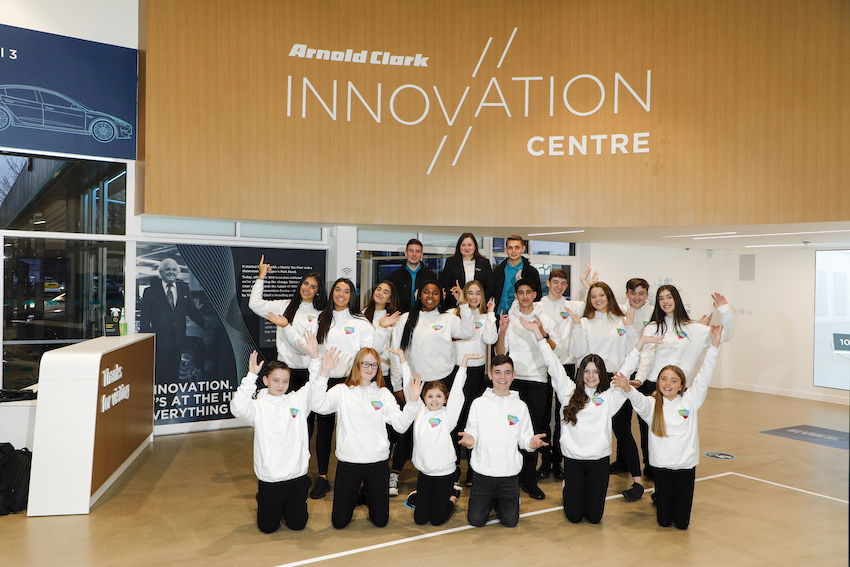 The group of 45 kids and young adults will also take in a Broadway show and attend various acting and musical workshops during their trip to the Big Apple.

Reece added: “It’s a very exciting time for everyone, especially with everything that’s happened over the last 18 months.

“It’s great to have this to look forward to. We’ll be working hard and rehearsing a lot over the next few months.”

Offering a number of courses in dancing, singing and acting, TSOS is always ready to welcome new students.

Reece explained: “In 2017, I had just finished an acting job and noticed no one was training kids on TV or providing them with the skills required.

“So, we started as a TV school, where we would teach kids how to get a role on TV. That rapidly grew and we now teach acting for TV, musical theatre, acting, singing and dancing.

“My real passion comes from when you see a kid do a show or book a job, it’s so rewarding.

“We sometimes have kids who at the start are scared to speak, but then they turn into these confident young people, which is great to see.

“We offer a wide range of courses and classes in acting and singing. You can come for as little as a toddler’s dance class to a full-time course.”

Arnold Clark is proud to give back to local communities, not just through charitable donations, but through continued support, sponsorship and training.

A spokesperson for Arnold Clark added: "It's great to support local groups, such as TSOS and their talented youngsters.

“We're looking forward to working closely with them over the next few months."

For more info about the Theatre School of Scotland, visit here.