(Powered by Scottish batteries... and ten years ago, in Edinburgh.) 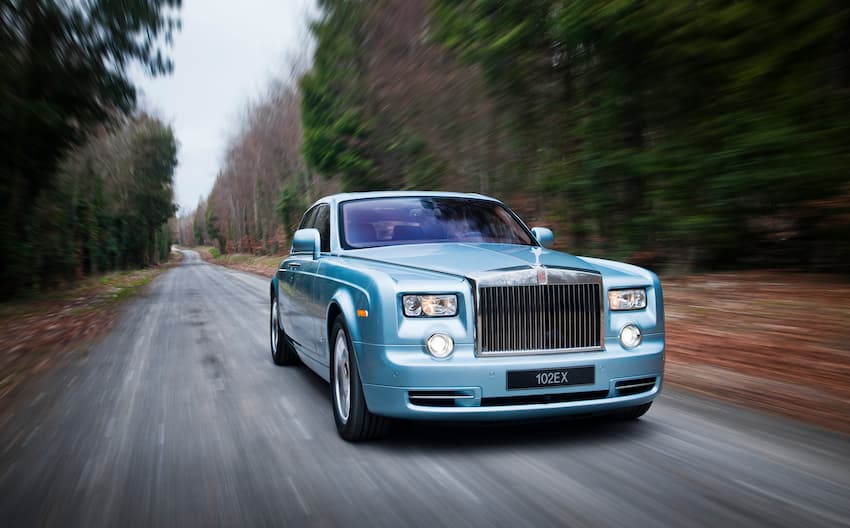 It won’t have escaped your notice that recently Rolls-Royce confirmed it will launch its first series-production electric car — the all-new Spectre — in late 2023. It triggers the latest phase which will see the luxury carmaker end the use of combustion engines across its entire line-up by 2030.

Wth the all-electric Spectre expected to be based on the sleek Wraith coupe, company CEO Torsten Müller-Ötvös has confirmed on-road testing of the car is “imminent”.

But ten years ago, in June 2011, an all-electric Rolls-Royce — the 102EX, a fully operational Phantom Experimental Electric — arrived in Edinburgh, and I had an exclusive drive. 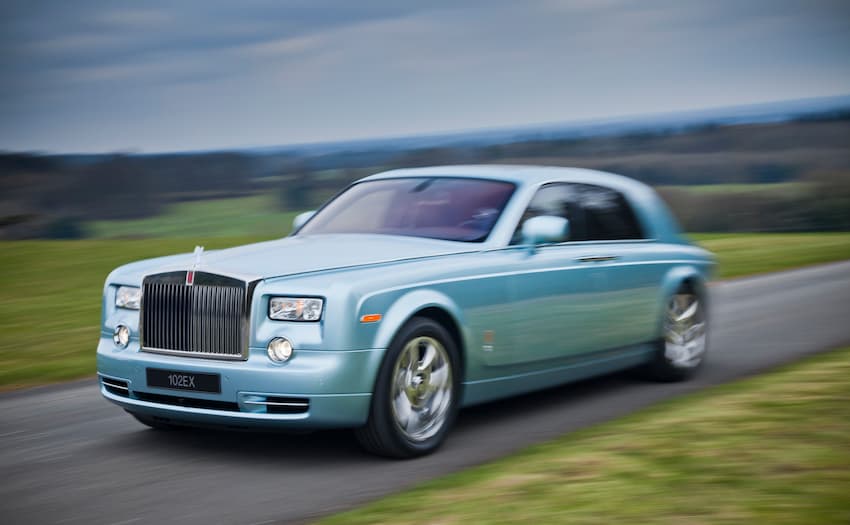 Having dug through my files, below is the original report, word-for-word. I knew then, in time, a full-production Rolls-Royce would inevitably make an appearance. Today it still might be 18-24 months away, but it’ll have been worth the wait.

Till then, let’s have our own episode of Back to the Future: enjoy the read:

I remember clearly when I received the original press release in the build-up to this year's Geneva Motor Show in March: Rolls-Royce is going to build an electric Phantom? 'What a pointless exercise,' I thought.

So you can imagine my intrigue when I was given the opportunity to drive the exclusive Rolls-Royce Phantom 102EX — or Phantom Experimental Electric (EE), to use its other name — when it stopped off at Rolls-Royce in Edinburgh for its only Scottish halt during a worldwide tour.

Let's deal with my basic question first: why build an electric Rolls-Royce in the first place? Is Rolls-Royce going green? Not specifically. Instead it acknowledges it is bowing to the inevitable. "We can't build 12-cylinder cars forever," Emily Dungey from Rolls-Royce stated. 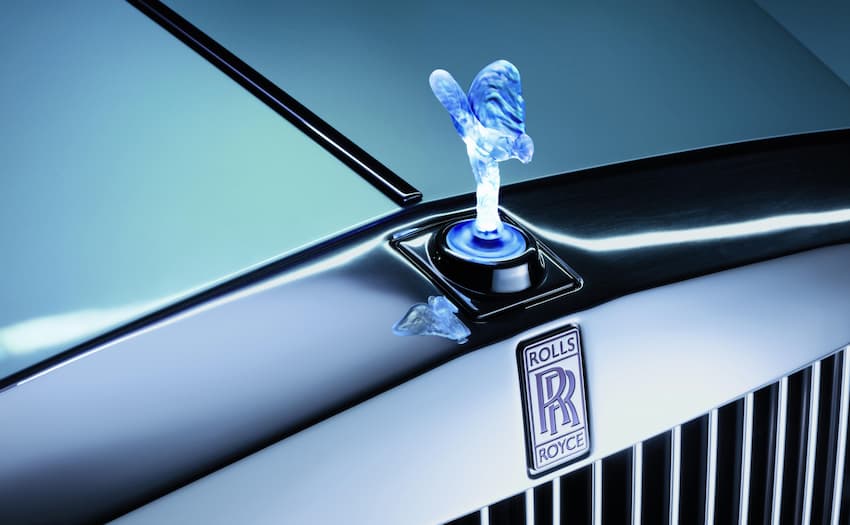 Let's be honest, people who buy a Rolls-Royce don't do so because it’s environmentally-friendly. If they want something else which is 'green' — like a Tesla or a Nissan Leaf — they'll simply go out and buy it and have it as part of their domestic fleet. But faced with finding an alternative fuel, Rolls-Royce decided to build the 102EX to test the water (or the electricity?).

RR, it would appear, is striving to stay ahead of the inevitable. At some stage in the future the oil will run out, and that means it needs to be ready with an alternative to the petrol V12s (which power the current cars) that its customers find acceptable.

That's no small challenge. But what is worth emphasising here is RR does not see the Phantom EE as some 'green' concept. The whole project isn't about environmental sustainability. Instead it's far more important than that. The reality is, in fact, more geared towards the sustainability of Rolls-Royce itself.

The company is swift to emphasise this car will never be built for production. This is a one-off and has been hand-crafted simply to tour the world and harvest the response of customers, journalists … and anyone else who wants to put their feelings forward.

So, instead of the big petrol-powered V12 which normally powers the Phantom, what lies beneath the bonnet?

Without getting too technical, there's a battery pack containing 96 lithium-ion cells — believed to be the biggest battery package (at 71kWh) yet fitted to a road car. And flying the flag for Scottish pioneering technology, the battery pack is built by Dundee-based company Axeon. 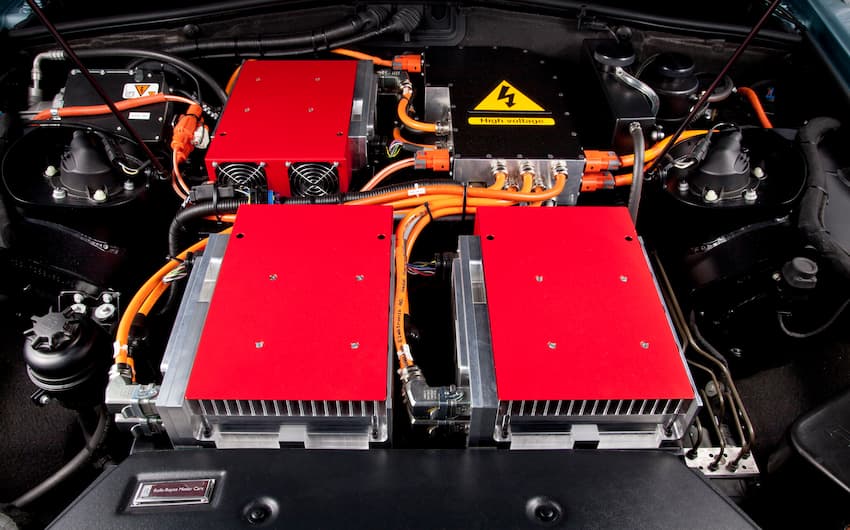 At the back, where the petrol tank would normally be, are two electric motors producing between them 394bhp and 590lb/ft of torque. That's certainly enough to haul the mighty Phantom, even if it has put on 200kg in weight over the combustion engine version.

Of course, as with all electric-powered vehicles, the bunring question is always: what's the range? Well the 102EX is good for 125 miles — as long as you steer clear of the air-conditioning and the windscreen wipers.

Interestingly, this range isn't expected to be a problem for owners of future electric-powered RRs. Y'see, traditionally, Rolls-Royces do lower mileages than other cars. They're not used as a main car, instead the majority are used to move around city centres, or go from town to a country home or the airport.

And that's exactly what I did; easing myself into the sumptuous surroundings of the cabin — the interior of the 102EX is just like any other Phantom... luxurious — I headed for the airport to pick up Rolls-Royce personnel from their base near Goodwood in Sussex. 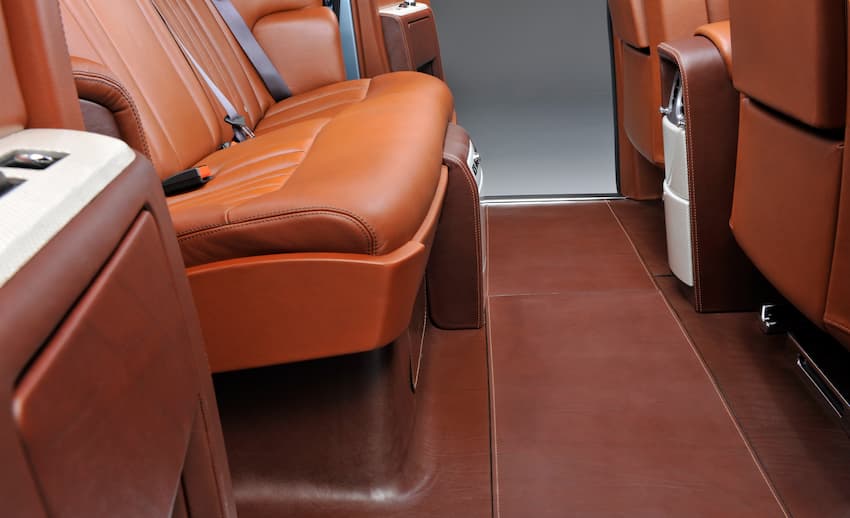 Press the 'Start' button to the left of the steering wheel — the 102EX is a left-hooker; a sop to the burgeoning Far East and Chinese market — and, of course, there's no sound. The engine (well, battery-powered motor) is completely and utterly silent.

Ease the steering wheel-mounted lever to 'D', release the electric handbrake, depress the accelerator … and we glide into motion. It's uncanny. Here I am sat in the best part of two-and-a-half tonnes of car, and there is literally not a sound.

The first part of the trip includes navigating a series of tight and twisty turns at 'temporary' traffic lights installed years ago to deal with the infrastructure for the Edinburgh trams. Interestingly, rather than feeling bulky and unwieldy, the 102EX is actually quite nimble.

It is though also irreplaceable, so there were no heroics as we negotiated the Sighthill traffic as we headed towards the city bypass. Once there, we were ready to waft. Foot down, and there was a surprising kick in the back. Electric or not, this Phantom is no slouch. With — essentially — one gear, it will hit 60mph from standstill in under eight seconds, and go on to a restricted 100mph to conserve energy; but on real roads this is one rapid Rolls-Royce.

There are few better sights in motoring than the great square plateau of bonnet — at the end of which is the Spirit of Ecstasy, made of translucent Makrolon polycarbonate lit by blue LEDs — and almost immediately the view imparts complete confidence.

Just as well, because I was bound for the 'Pick-up & Drop' at Edinburgh Airport to collect 102EX chief engineer Andrew Martin. Andrew safely ensconced in the rear 'leather sofa' — interestingly, though I didn't recognise him as I drove up to the waiting area, he easily spotted me ... can't think why! — it was time to head back to Edinburgh Rolls-Royce. And that meant squeezing through the tight exit barrier to get out of the 'pick-up' area, and paying my £1 fee … through the right-hand window.

I shouldn't have worried; like any other Phantom the 102EX drives with an ease and grace that belie its size.

Back at the Edinburgh showroom, talk turns to recharging the car. On a normal single-phase power supply, a full recharge takes 20 hours; switch to a three-phase feed and that drops to eight hours. If you want energy costs of just 7p a mile, the payoff is in the recharging time. 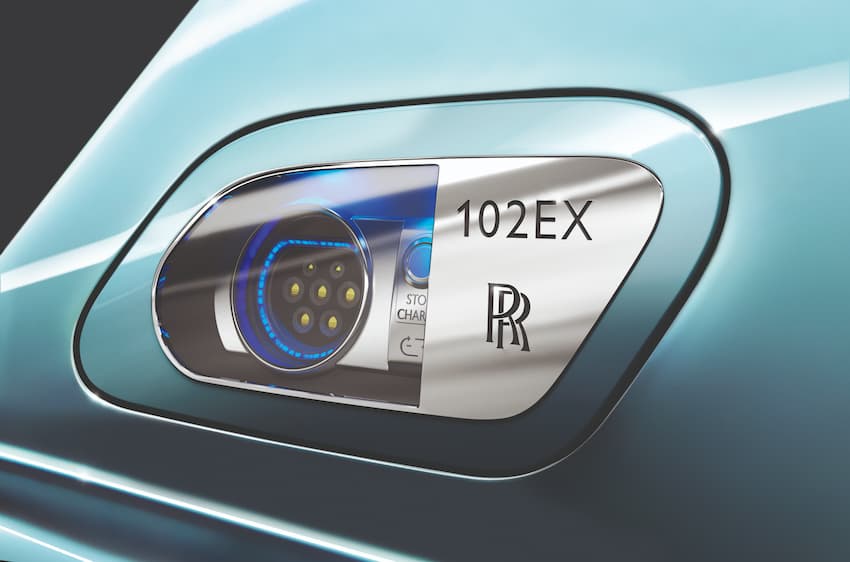 And of course, while the 102EX has zero emissions, according to the Carbon Trust's calculations for UK-sourced electricity, its "well-to-wheel" CO2 output is equivalent to 193g/km. The current V12 petrol-powered Phantom — which is yours, sir, for £285,000 … before you start adding options —produces 377g/km.

Rolls-Royce and the guys at Axeon have also developed a means of making recharging easier. Beneath the Phantom an induction-charging plate has been installed. This means you simply drive over a companion plate set in the floor (in your garage, or even sometime in the future, a car park) until the charge console in the cabin confirms the car's correct position. Electrons then cross the five-inch gap and charge the battery pack with a surprising 92% energy efficiency. It's brilliant.

As I said earlier, Rolls-Royce is adamant the 102EX is a 'development' car and not for production. While that might be the case, given the positive feedback from the select band of RR owners who drove the car at the Scottish Rolls-Royce centre — allied to the expected demand from Pebble Beach, Dubai and Singapore, other places the electric Phantom is due to appear — it would be difficult for the company to resist customers who start waving their chequebooks requesting a 102EX of their own.

The Phantom 102EX; not for production? In the same way as we did with the Spectre (below), let's wait and see. 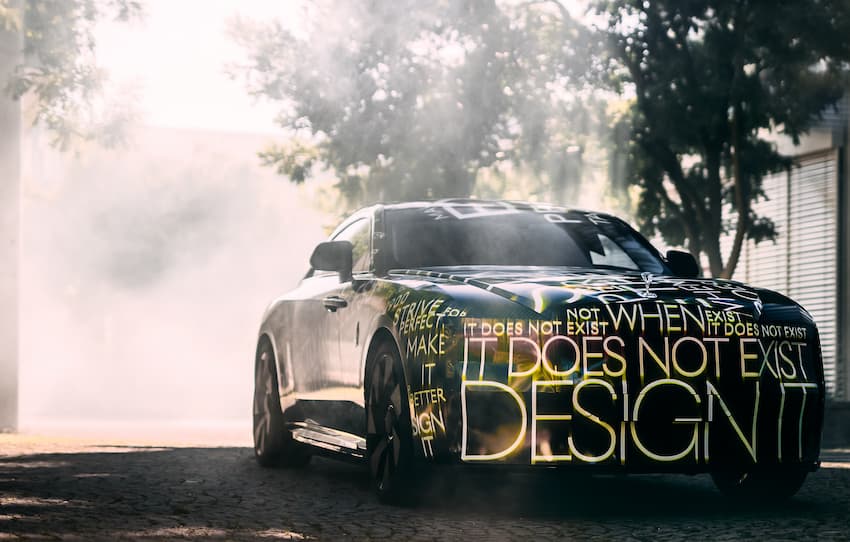