History of the Nürburgring – part two

Simon Treanor cruises through the history of this fabled German racetrack. 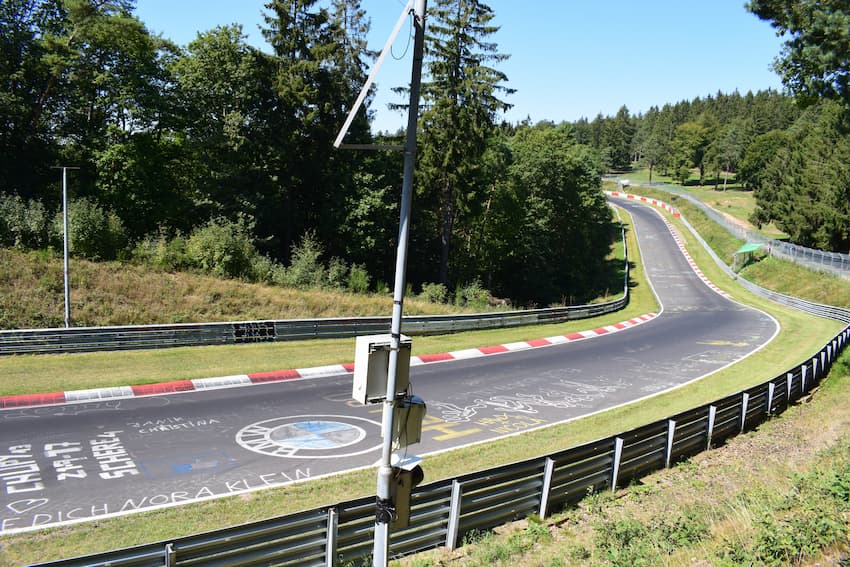 A section of the world-famous Nürburgring.

As I may have mentioned in part one of this series, I believe the Nürburgring (found next to the Eifel mountains in Germany) is one of greatest racetracks in the world. It is mad in almost every sense of the word and provides the world with a truly unique driving experience: it is a must-see location for any car enthusiast.

But how and why was the Ring built in the first place? How has it endured for so long as a racing icon, and what is the history behind some of its more infamous corners? These are just a few of the questions we will be delving in to, with The History of the Nürburgring – part 2.

Why was the ring built?

There is some mystery surrounding the original birth of the Nürburgring as you might expect with a track that is nearly a century old. However, there are some credible theories as to why the Germans decided to build such an over-the-top racetrack. In 1907, Germany suffered an unexpected defeat to the Italians at the ‘Kaiserpreis’, a pre-cursor to Grand Prix named in the Kaiser’s honour. Somewhat miffed that Germany had lost at his race, Emperor Wilhelm II demanded an explanation. Perhaps eager not to lose face (or perhaps more), he was told by the German auto team that they had lost because they didn’t have an adequate test track for their cars.

So, plans for the Nürburgring were drawn up that year.

Sadly, because of World War I, the Nürburgring remained a dream for another 20 years, until it was finally picked up again in 1925. The project, which had been more or less forgotten in such difficult times, was given new life by Dr Otto Creutz, now often known as the father of the Nürburgring. He saw huge potential in the project, both as a way to raise Germany’s international standing, and as a means of creating some much-needed employment in one of Germany’s most destitute areas.

Thus, against the backdrop of a broken German nation, Dr Otto Cruetz managed to resurrect the Nürburgring project: a glimmer of hope to help revitalise the resurging motor industry. After two years of intense construction work that pulled in over 2,500 workers from all across the country, the Ring was completed. 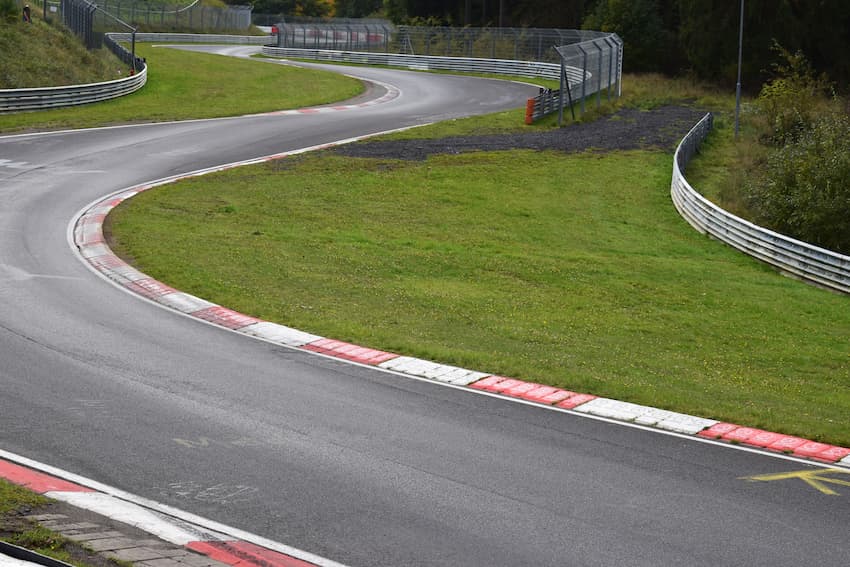 Of course, that was just the ‘first draft’ of what the ring was to become. It included the Sudschleife, an additional 8km of track, and had even less safety features, meaning it was even more of a monster than the track of today. But this all helped the area prosper. The constant needed to upgrade and maintain the track, the infamy the track garnered across the world, and the extreme conditions that it provided allowed German manufacturers to rise back to the top, and arguably to stay there to this day.

Which is why the Nürburgring, in my opinion, epitomes the best of the German culture.

When the German motor industry was humiliated, the Nürburgring was the answer. When Germany needed a means of pulling itself out of the depression, the Nürburgring was the answer. It stands as an icon of redemption. Of being pushed to the very limit of what is endurable and coming out the other side in an adrenaline-fuelled blitz. It is a testament to the sheer tenacity of the German people to pull through the toughest of times. Not just pull through, but to master it, build on it, and become even better than before. 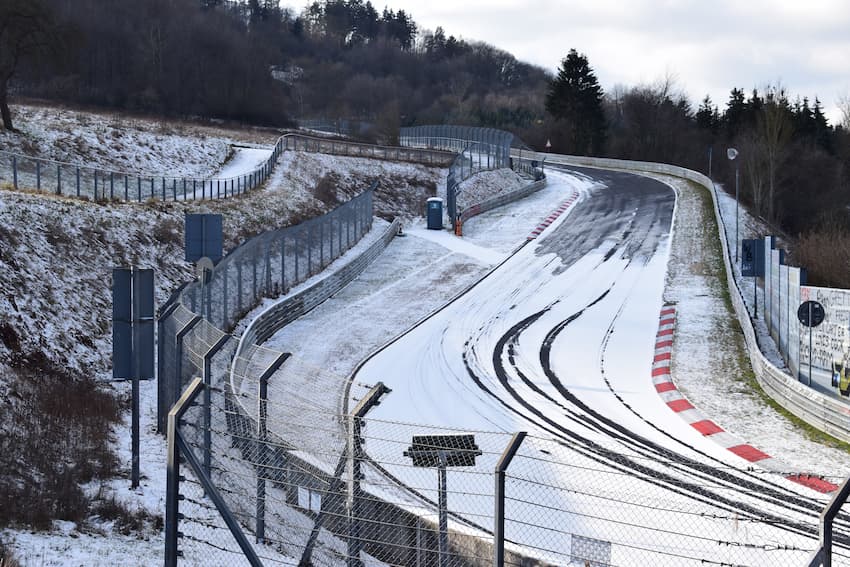 A nice way to examine the history of the Nürburgring is to take a look at the names of the corners, each one named after a piece of the Ring’s heritage. And considering that there are 156 corners, that’s a lot of heritage to look at. Here are a few of my favourites, along with some tips on how best to tackle them.

The first corner to consider is also the most recently named one. The Sabine-Schmitz-Kurve is named after the legendary ‘Queen of the Ring’ herself, Sabine Schmitz, who sadly lost her battle with cancer in 2021. To honour her dedication to the ‘greatest racetrack in the world’, it was decided that the first corner, originally named T13 in regard to the stadium block overlooking it, was to be renamed after her. For more information about this amazing driver’s history and achievements, have a click here .

Another interesting corner is the Antoniusbuche. While not as extreme as some of the Ring’s corners, this left bend is originally named after a mighty beech tree that used to grow at the spot. What was particularly interesting about this beech was that, according to legend, it was dedicated to Saint Antonius (hence the name, Antonius’ Beech).

An amazing historical figure, he is the patron saint of lost things and references to him can be found the world over. Even the most ardent atheist would, occasionally, offer a quick prayer to Antonius (or Anthony of Padua, as he is known in some parts of the world) to help them find their lost keys/credit card/phone charger.

Why there would be memorial to him at the ring is unknown, when perhaps something dedicated to Saint Christopher may have been more appropriate. But it does beg the question, what was lost at the ring that justified a shrine - or perhaps, what was found? 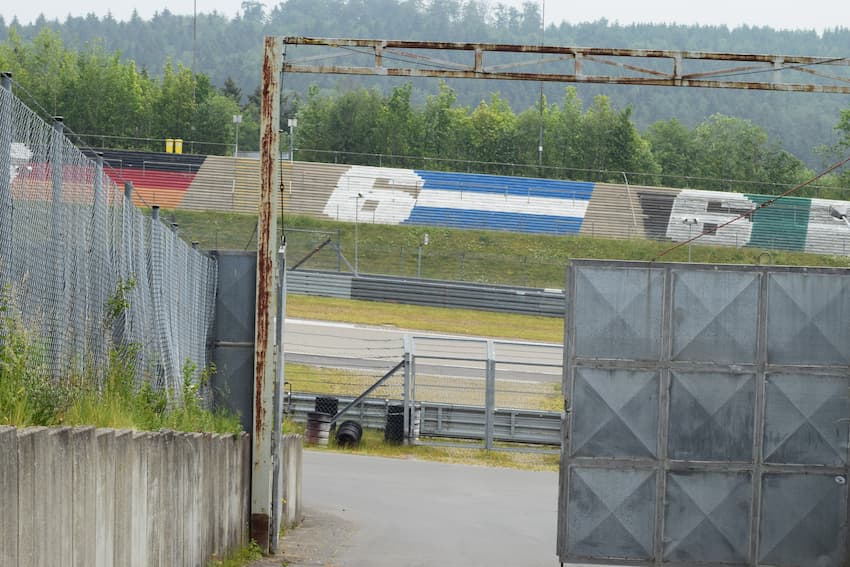 I may have mentioned once or twice that the Nürburgring is a dangerous place, but it turns out that this was true even before the track itself was built. Galgenkopf, which translates to Gallow Head/Hill, was, you might have guessed, the previous home to a set of gallows. The corner is still somewhat infamous for its incredible drop to the side of the road, enough to give butterflies to the most iron of stomachs.

Mutkurve is one of my favourite corners on the Nurburgring, as I feel it epitomises the essence of the racetrack. On the surface, it may seem like an innocuous left hander, one that should easily be overlooked amongst the big hairpins and bumpy straights. But, if you don’t approach Mutkurve properly, this corner will throw you straight off the track, into some fairly lovely woods. This incredibly fast corner that tightens an obscene amount has caused no end of strife to track goers, hence the additional name of ‘Angst Kurve’, a friendly English pet name for one of the track's trickiest bends. 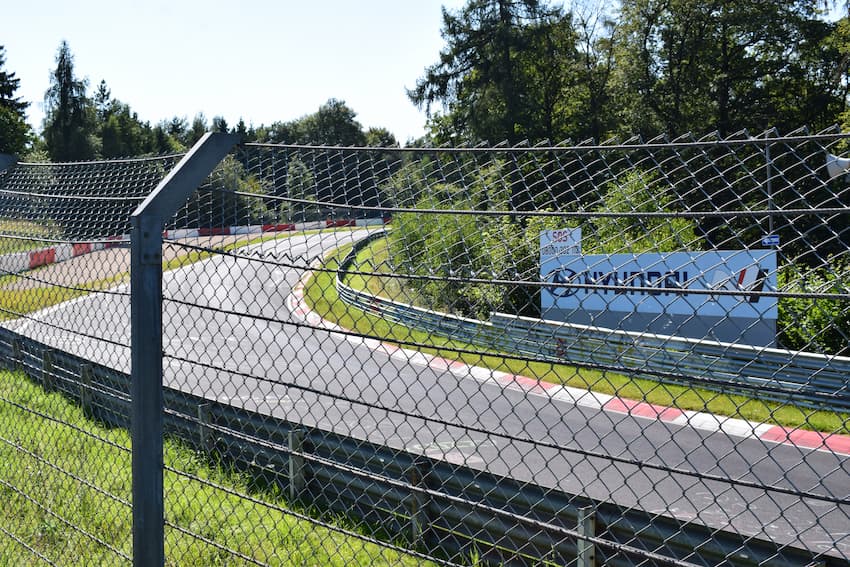 Now we come to one of the Nürburgring’s most infamous corners, the corner that effectively put it out of the GP circuit and almost cost us one of the greatest drivers of all time: Lauda-Linksknick. Obviously, this corner wasn’t originally named this, but has since been dubbed after the Nikki Lauda’s crash in 1976. What is particularly crazy is that this ‘kink’ is situated between two of the track’s hardest corners, Ex-Mühle and the incredible difficult Bergwerk. Of course, as with most of the Nordschleife, there is a local name for the corner – Grill Kurve – a somewhat tasteless reference to Nikki Lauda’s horrific burns from the accident.

If you want to see these corners in action and get professional advice on how to tackle them yourself, then check out the Nürburgring’s official YouTube channel here. It takes you step by step through the corners and also showcases some amazing driving on the track.

Of course, driving the course isn’t the only way to experience this iconic course, there are also a number of excellent viewing spots for tourists to enjoy and fantastic tourist spots nearby. 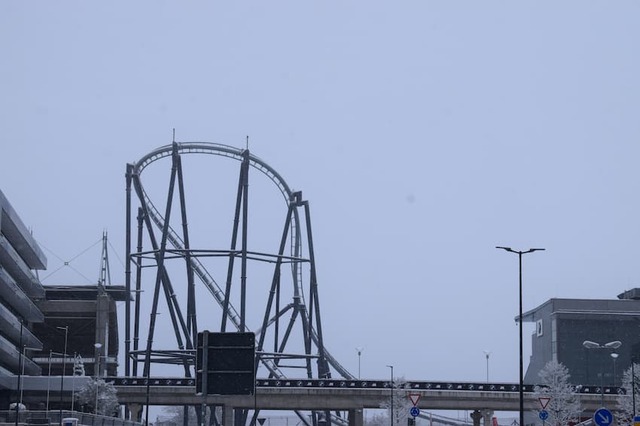 When you’re not driving

In the old days (of just a few years ago), the main carpark of the Nürburgring was a gridlock nightmare as drivers waited patiently in a cramped space, desperate to either get a lap in, or furtively searching for a space, any space to take a well-earned break. This was largely due to the fact that everyone visiting the ring, be they drivers or spectators, were parking in the one tiny carpark. Thankfully, this is not the case anymore, with the main carpark now reserved for those driving the ring, and an additional overflow car park for those just looking for a good spectacle.

With this new system, it is much more enjoyable to visit the Ring if you are not, for lack of a better word, a petrolhead. The area the Nürburgring is situated in has a lot to offer beyond just driving. It’s right by the Eifel Mountains, so there are plenty of excellent trails and walks to explore, the local restaurants are fantastic (especially if you like pork), and there are some absolutely gorgeous villages and hamlets around that are great to visit.

Of course, if you are in it for the amazing cars, but don’t fancy jumping onto the track yourself, there are some great spectator points for you to enjoy. You can find a fairly comprehensive list here, but my personal favourite is at ‘Pflanzengarten’. It is one of the most difficult corners on the circuit, and you often get to see cars literally leaping into the air.

But this is just the tip of the iceberg for the Nürburgring; next time we’ll take a look at some of the most famous races held at the Ring, and explore the controversy surrounding the Ring’s ‘fastest laps’. 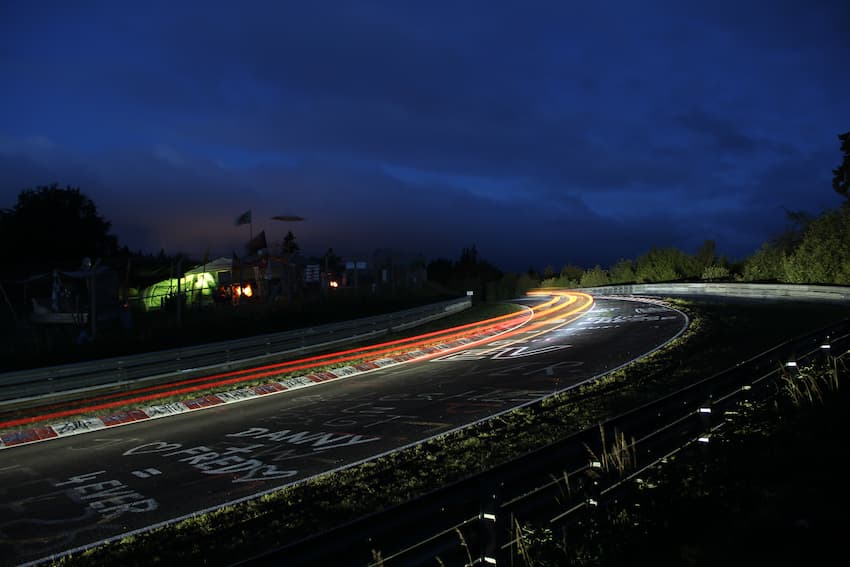 A history of the Nürburgring part one