The HR-V's latest revamp sees it return as an SUV. 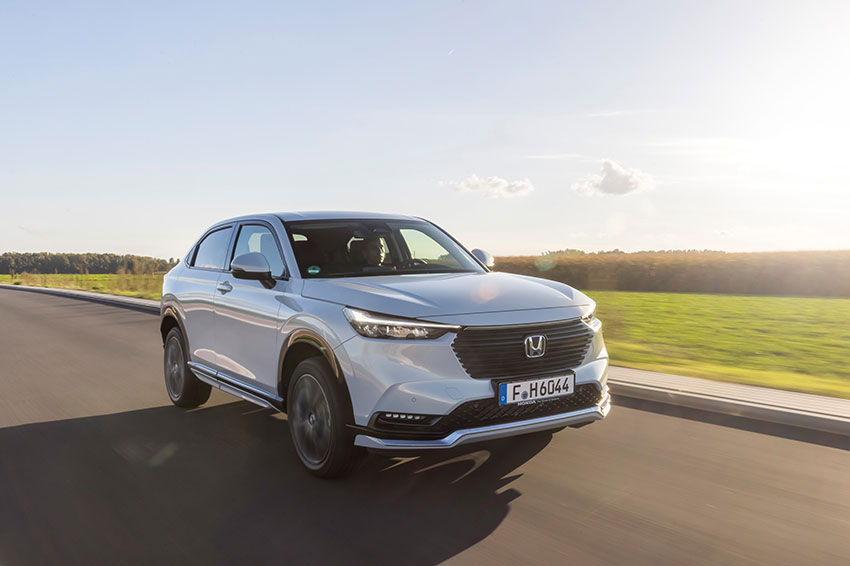 If you remember the old Honda HR-Vs, we understand why you might not be too keen to keep reading. But, before you divert your attention elsewhere, you should know this is a whole new car, and this time, they’ve got the ingredients right.

The HR-V is one of those vehicles that could never work out what it wanted to be. It began life in the late 90s as something that looked like a Land Rover Discovery aimed at beachgoers. Then it was relaunched as something that resembled a larger parent of the previous UFO-like Honda Civic.

But now it’s had another overhaul and has returned in SUV form. Once again, it bears no resemblance to its predecessor. And this time, it’s much more appealing.

It is now a family-sized crossover SUV and comes with a decent amount of kit. 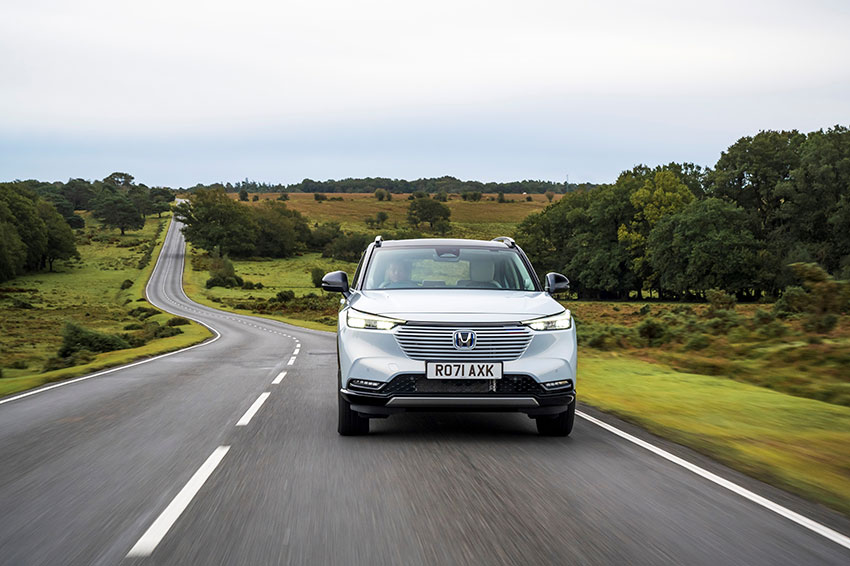 If you're thinking that you’d like to drive a diesel version, well… you'll be disappointed. The options are petrol and hybrid. And that's it.

The powertrain combines a 1.5-litre four-cylinder engine with two electric motors. And with those three power sources you end up with 131PS. That might sound rather underwhelming if you live your life a quarter mile at a time, but 131 horses are perfectly adequate for a family car.

What’s more, the engine runs on something called the ‘Atkinson cycle’. That means it outputs less power but harnesses the electric motors in such a way as to make up for it, providing significant fuel savings. In fact, it’ll manage a diesel-worthy 53.3mpg. The engine will run in all-electric mode, too – great for low-speed driving at rush hour. 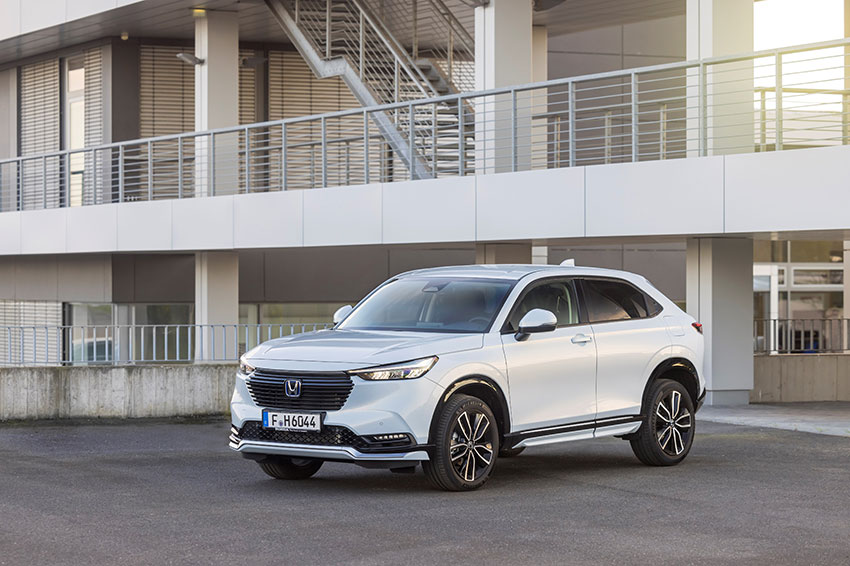 It also has a constant variable transmission (CVT). In simple terms, a CVT gearbox only has one gear, but you don’t need to worry about being stuck in ‘first’ all the time ¬¬– the ‘variable’ means it adjusts itself, so the same gear becomes the equivalent of second, third, fourth etc. Moreover, the Honda achieves zero to 62mph in a respectable 10.6 seconds.

To drive, it’s not bad at all. It is comfortable, effortless, and quite engaging, with a good feel through the steering. It does what you expect it to with no nasty surprises. The handling is wholesome, too, with a decent amount of grip and little body roll around the bends.

Like many hybrid and electric cars, the HR-V also includes regenerative braking, so the energy generated under deceleration is re-harnessed and used to put some charge back into the batteries. This makes one-pedal driving a possibility because, when turned up fully, you don't need to use the brake to come to a stop. It takes a little time to get used to the system, but it does eventually feel a bit more natural. It isn’t helped by the car automatically changing back to a medium setting after a while, though.

What’s more frustrating is you can’t change the car’s settings on the move either. You must have stopped and even have it in Park before it lets you adjust anything. And, when you do want to amend something, you have to click through menu after menu to get to what you want.

On the plus side, the interior looks good, with a simple, common-sense design. In addition, there are three dials for the air conditioning system, meaning Honda has resisted the temptation to bury everything within the infotainment system. This is especially welcome given the car’s settings aren’t the easiest to access. 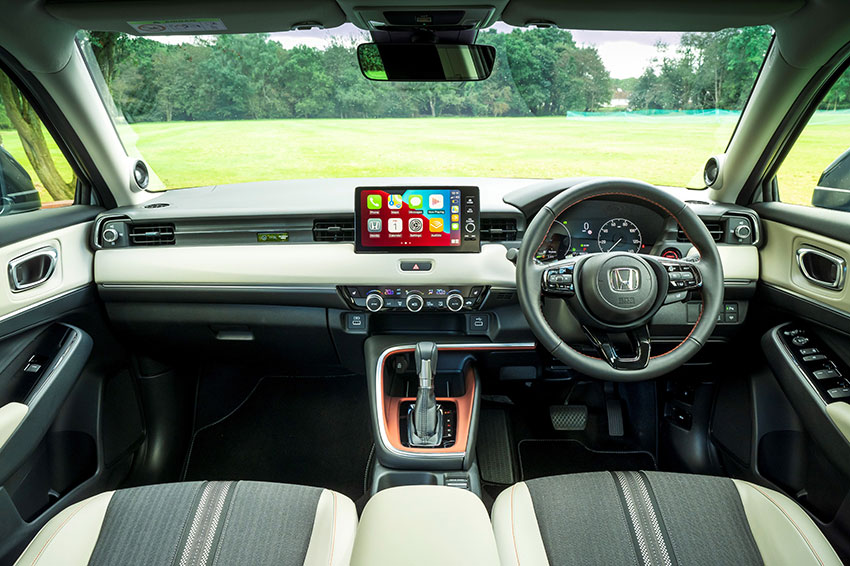 The touchscreen is up to scratch, although the graphics aren't exceptionally sharp, and the system is a tad on the clunky side. However, there are certainly worse out there, and it does have the bonus of creating a WiFi hotspot within the car. Any wireless device can then connect to it, although you need to subscribe to a Vodafone data plan to enjoy this connectivity.

Other clever tech includes a downloadable smartphone app to lock and unlock the car, which is a nice touch. Wireless Apple CarPlay is included, but you only get wired Android Auto.

There are plenty of plush materials inside, although you’ll find quite a lot of thin plastics, too. The seven-inch digital instrument display is informative, but, like the touchscreen, it could be sharper.

While the car is smaller than it appears in pictures, you still feel like you’re driving a bigger vehicle as the driving position is high up. This also helps with front visibility, while the pillars are unobtrusive.

As for the rest of the HR-V's interior, the seats are comfortable, although the legroom and headroom in the back are a bit limited. In addition, Honda includes its 'magic seats', which can be folded completely flat or lifted individually to maximise storage space. 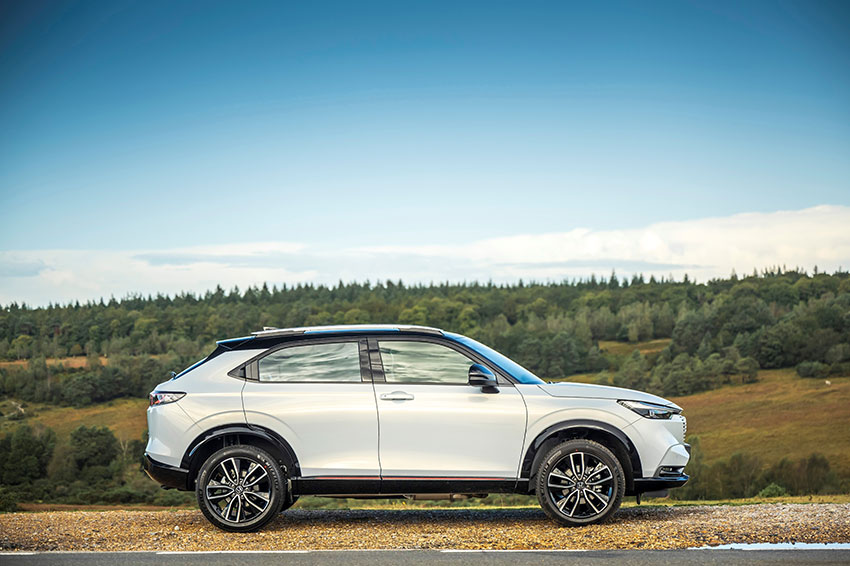 319 litres of boot space is offered, expanding up to 1,305 litres with all three rear seats folded into the floor.

There is no Euro NCAP safety rating for the HR-V yet. However, Honda has a solid reputation for safety, with lane-keep assist, collision avoidance and blind-spot monitoring among the features included as standard.

Overall, the new HR-V is a solid contender. Sure, there might not be anything to excite you particularly, and it’s not likely to be suitable if you need loads of boot space, but what it is offering is a sensible, middle-of-the-road family car, combining decent handling and excellent fuel economy. 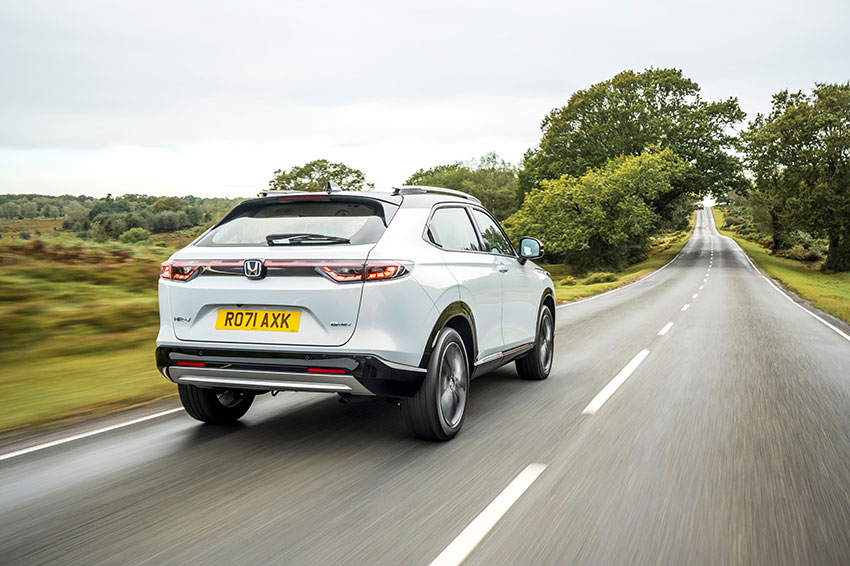