Tim Barnes-Clay takes a look at the standalone brand's Leon. 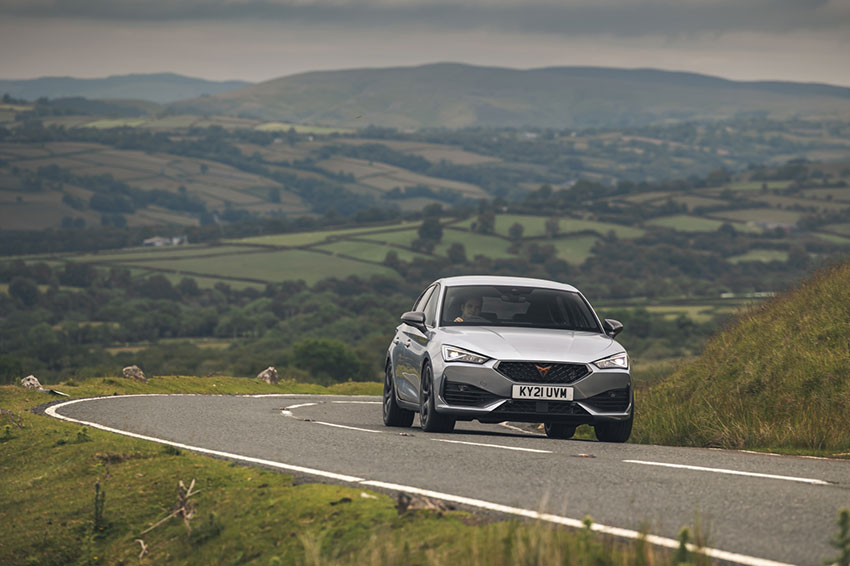 Some brands have realised that badge-snobbery means they stand no hope of winning over drivers from premium manufacturers. So, the only thing they can do is launch another marque under a different name.

It is a tactic that’s had mixed results so far, but one that seems to be working quite well for CUPRA. It has launched the formidable Formentor; it also takes existing SEAT cars and specs them up to a new level ¬¬– like a hot hatch but with even more premium features.

And the Leon is the latest to be given the CUPRA treatment. Traditionally, the ‘CUPRA’ version of the Leon was always SEAT’s hot hatch, so it makes perfect sense to launch it under the new brand. It means that they have an existing audience, but perhaps they’ve matured into wanting something a little more sophisticated.

CUPRA appears to have a house colour of black and copper, and it’s pretty hard to go wrong with that combination. You’ll also see a lot of sporty bodywork to ensure there’s no mistaking this as an ordinary SEAT. It’s lower to the ground, too, with a diffuser around the back and a meaty rear-window spoiler. 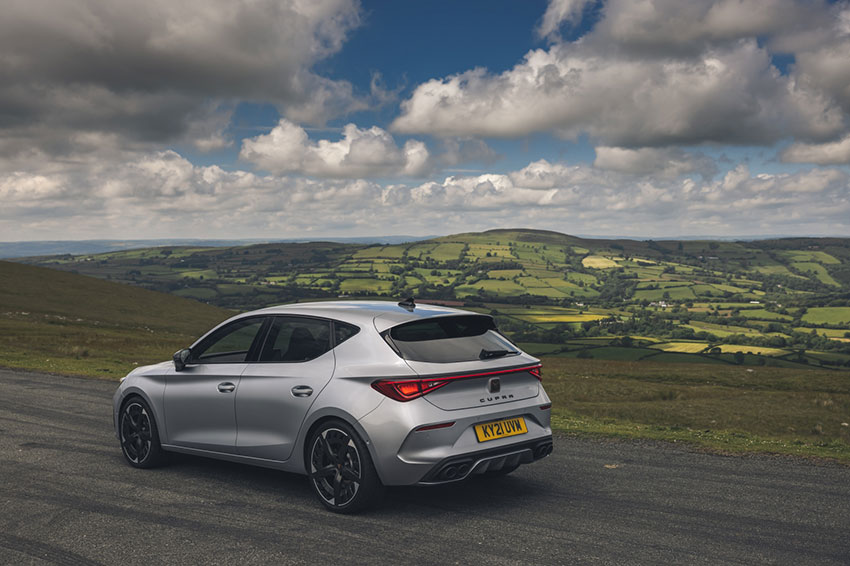 Moreover, thanks to SEAT being owned by Volkswagen, the engines are from the Golf GTi Clubsport, which is hardly a bad place to start.

CUPRA’s trim levels across the range are labelled as 'V1, V2, V3', with performance models getting ‘VZ1, VZ2, VZ3’ etc. It’s notable, then, that the Leon only comes with the latter three VZ trims. 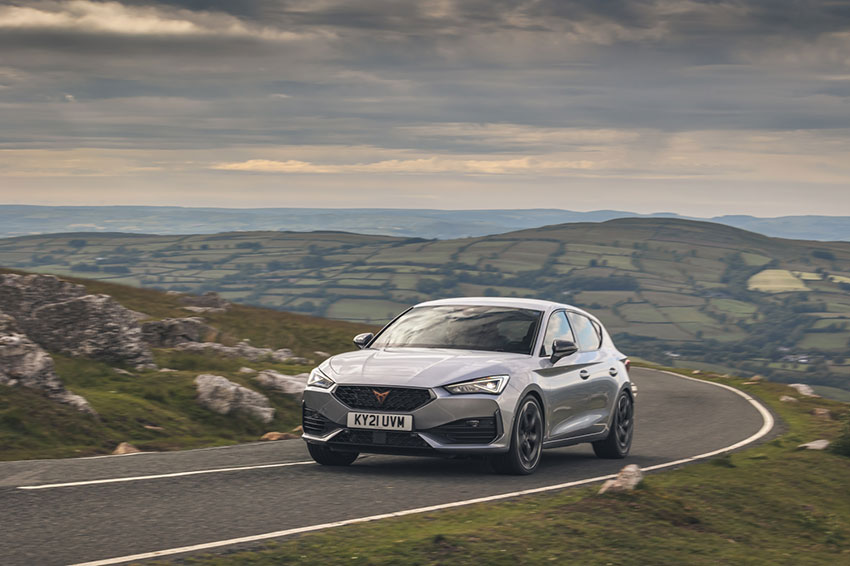 As if the power wasn’t enough, the amount of kit you get as standard will blow you away, too. Even with entry-level VZ1, you get 18-inch alloys, electric windows and electric heated mirrors, three-zone climate control, a digital cockpit instrument display, and a 10-inch touchscreen with a DAB radio. Sat-nav, Apple CarPlay/Android Auto, sports seats with adjustable lumbar support, a rear-view camera, keyless entry/start, and various safety features are all included as well.

With VZ2, you get 19-inch rims and dynamic chassis control, while there’s a wireless phone charger and heated seats in the VZ3.

As for the engines, the 240PS unit is superb and would more than suffice for most purposes. But, given this is a performance hot hatch, it’s worth stretching for the 300PS engine if you can. It’s not that much more expensive and the fuel economy hit is negligible.

The hybrid isn’t quite up to the mark, though. The additional weight of the batteries compromises the handling. And, if the batteries are drained, you lose all the performance. But, on the other hand, its low tax is a plus point for company car users. 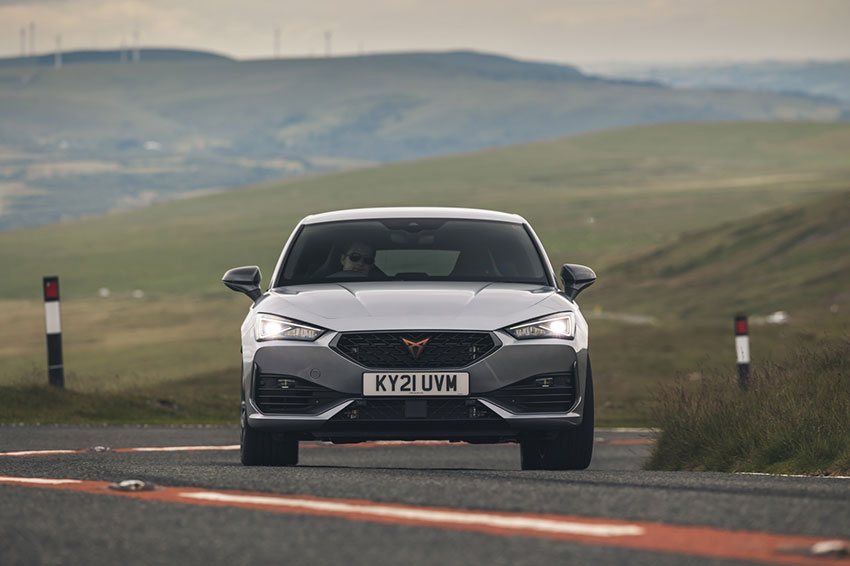 The 2.0-litre engines deliver the power superbly, with decent acceleration, no matter the driving conditions. At low speed, both powertrains accelerate very well. And, when driving at higher speeds, accelerating further to overtake is as easy as you like. The 300PS engine is so untroubled at a motorway cruise that you can’t help forming a mental image of it lying down on a sun-lounger, sipping a cocktail.

The handling is also excellent. It has a limited-slip differential, which ensures the wheel with the most grip gets the most power. As a result, the CUPRA Leon Hatch is a joy to take around corners, helped by precise and responsive steering. If we have one complaint, we’d love rear or four-wheel drive – and would be grateful for it in the wet (this is the United Kingdom, after all).

As you’d expect, the handling comes at the expense of ride comfort. That said, the sports seats are well designed and do a superb job of absorbing the energy from bumps and cracks in the road away from your spine. As a result, there’s no reason for the Leon to be just a Sunday runabout. This is especially true if you have the VZ2 trim or above, as you get the adaptive dampers, which certainly help.

The interior impresses, too, with aluminium pedals, deep but spongy bucket seats and a sports steering wheel.

The digital cockpit is customisable and informative, while the 10-inch infotainment screen is high-resolution and well up to the job. Unfortunately, it has annoying touch-sensitive sliders to adjust the temperature, which aren't easy to use on the move. However, there is voice control that can help with this. 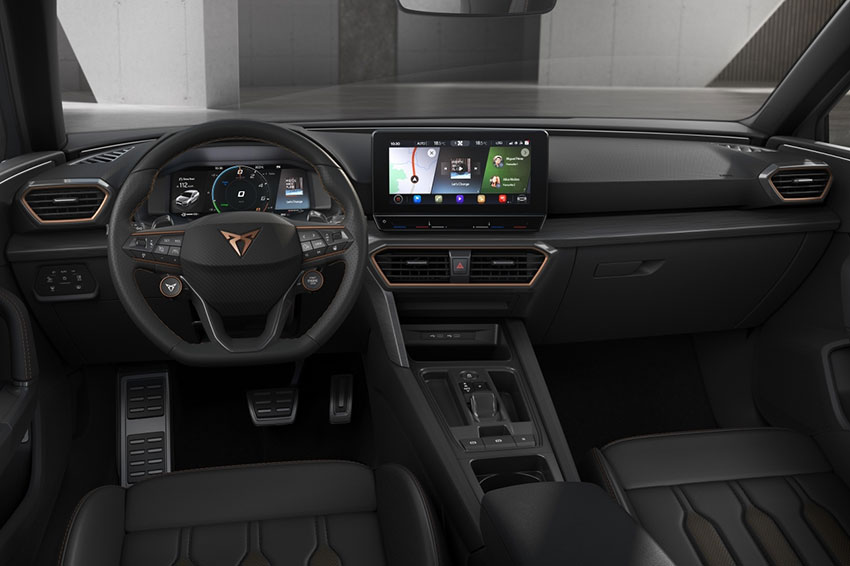 The car is well thought out in terms of space, and even taller people won't struggle for headroom or legroom in the front or back.

Boot space is only 380 litres, which sounds small, but it’s still competitive with rivals. This expands to 1,210 litres if you fold the rear seats down in a 60/40 split.

Those worried they might bite off more than they can chew behind the wheel of a hot hatch should be reassured by its five-star Euro NCAP safety rating. As standard, you get a driver alert system, forward collision warning, lane-keep assist, tyre pressure monitoring, as well as automatic emergency braking and cruise control. In addition, there's a choice of three safety packs available which also add automatic high beam, traffic sign recognition, adaptive cruise control, exit assist, lane change assist, traffic jam assist and semi-automatic vehicle control. Impressive stuff!

Overall, the CUPRA Leon is a fab alternative to the VW Golf GTi or the Honda Civic Type-R. Both these rivals are excellent, though, and the CUPRA is unlikely to take away the crowns of either. But it’s undoubtedly a serious threat.

The CUPRA Leon hatchback is massively more expensive than the standard SEAT Leon, so it isn't easy to justify unless you’re specifically looking for a performance car. But, with excellent engines, superb handling and a bang-on interior with space and practicality thrown in too (not to mention the mountainous safety kit), it looks good value for money compared with its adversaries. 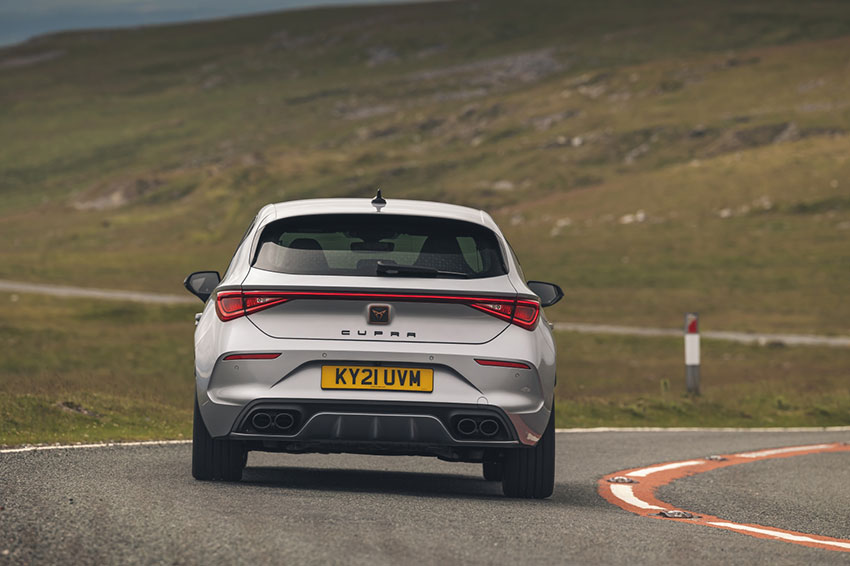