A brief history of electric cars

Simon Treanor explores the origins of the electric car. 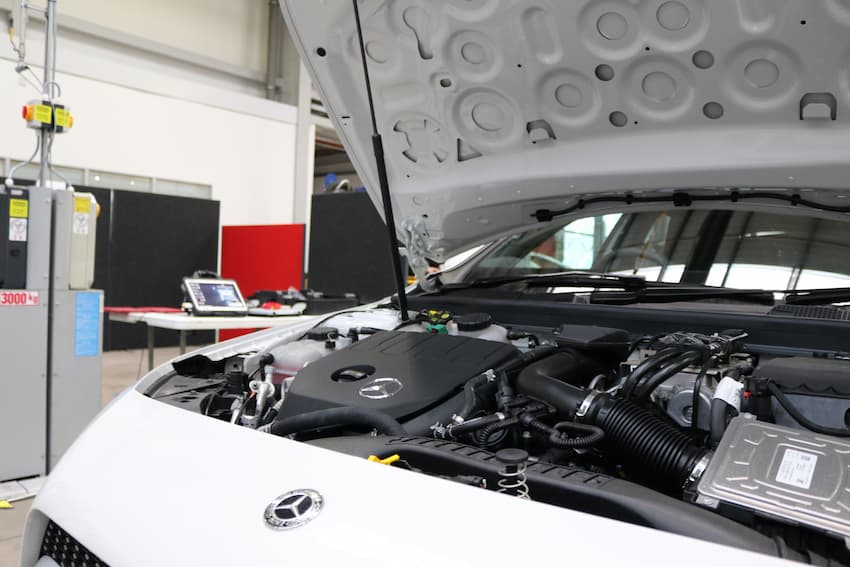 The inner workings of a modern electric car.

With COP26 just behind us and the world paying close attention to the changes that will be implemented to help combat climate change, it seems like a good time to reacquaint ourselves with one of the big players against global warming: the electric car.

The electric car has plenty of potential to help with the current climate crisis, especially when used in conjunction with other green initiatives. But while it may feel like they have only recently been introduced to the general public, electric cars have actually been around for over a century, and in 1900 ‘cleanly’ outsold their petrol rivals (though their steam powered rivals, who didn’t stay in the game for that long, actually outsold both of them!)

So, as we look to the future, let’s examine the past of the electric car and its origins as the answer to a growing pollution problem caused by our current transport system…

Originally, the electric car was proposed as a solution to a very similar situation we are facing today, as an answer to a serious pollution problem. However, rather than the greenhouse pollutants we are familiar with, the pollution in question was a little more… on the nose.

Namely, it was horses – or rather, what the horses left behind. Horse manure was such a growing problem that it was quite literally being piled into mountains, causing roadblocks and, when it rained, left the streets covered in a ‘thick soup’. And of course, that amount of manure was a breeding ground for all sorts of insects and diseases, becoming the direct cause of death for thousands of city dwellers every year.

But cities relied on horses for transport, both for the public and for goods and commerce. There was no possible way to remove the horses; economies would crash – but something had to be done to stop this out-of-control problem.

There were a number of solutions proposed, the most viable ones being steam-powered cars, petrol, and of course, electric.

Out of these solutions, electric was definitely seen as the most likely one to succeed, at least at the beginning. They were simpler to make, simpler to use and offered all the necessary practicalities. They outsold the other two in the early years and were set to become a global phenomenon with financial backing and plans to expand to all the major cities.

As we know, this never happened. 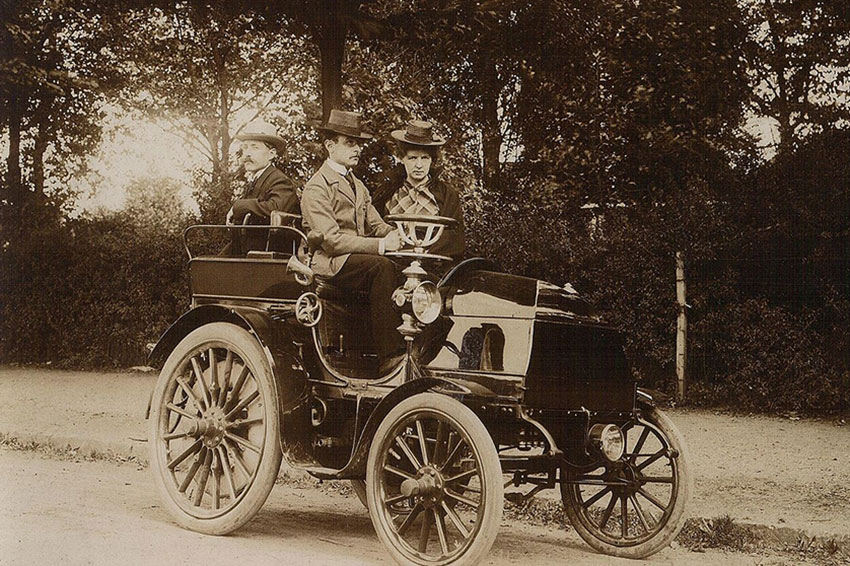 The problems electric cars faced in the early 1900s were exactly the same as they face in today’s market: range and recharge times. Obviously, these issues were considerably more problematic back in the day with the extremely limited technology that was available. However, the lack of investment in developing electric car technology is what ultimately led to it becoming unpopular.

While the petrol variant (which undoubtedly had its fair share of problems as well) evolved, electric cars stagnated. The petrol cars were simplified, made more accessible and easier to use. Combined with the fact petrol provided the best return of energy, electric cars started to look obsolete.

On top of this, when cars were first being introduced, there was a romantic feel to them; the sense of an open road and endless horizons... electric cars simply couldn’t offer the same sense of adventure that petrol cars could.

And while there was a clever system proposed to help alleviate their recharge problem, where tired batteries were replaced with fresh ones in a matter of seconds, it still relied on the cars being based in one area and never addressed the problem of range, as they were just too expensive have outside of cites. In the end, electric cars couldn’t compete.

Interestingly enough, it was at this point where the electric car industry tried to lean into their range problem by rebranding themselves as ‘the woman’s car’. Keep in mind this was in less, err … inclusive, times, so a car that was ‘simple to use’, required no ‘manly cranking’, and, most importantly, had an extremely limited range, was pitched as ideal for the gentle women folk. Even Henry Ford bought an electric car for his wife. Thankfully, this sort of misogynistic thinking died a quick death, at least in relation to the electric car.

Despite this rebranding, a series of terrible designs and a dwindling demographics sealed the fate of electric cars in the early 20th century, leaving them to only be found as milk floats and bumper cars. 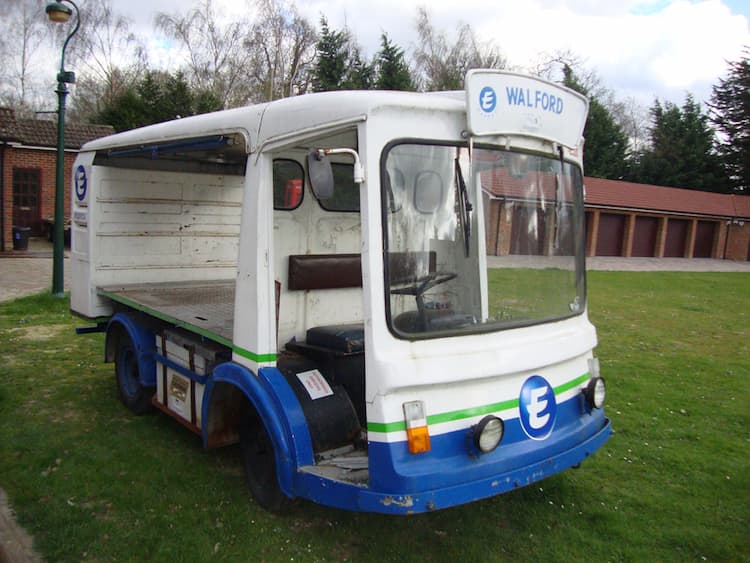 That was that for the electric car for quite a while, nearly 70 years in fact. However, the world was in for a rude reminder about the limitations of relying on a singular transportation solution during the oil scares of the 1970s'80s.

This was the first crack in the impregnable reputation petrol had as an all-transport solution: it wasn’t, in fact, unlimited. Of course, these scares didn’t last long, and while they did revive the idea of electric transport, the problems associated with electric were only heightened in the modern era. With the need for transport to cover hundreds and hundreds of miles, and an infrastructure already put in place that focused solely on petrol vehicles, it was made abundantly clear that unless electric cars found a way to radically improve, there was no hope for them in the future of transport.

Then the lithium-ion battery arrived in the 1990s.

This was a huge moment for electric cars and was the start of the electric car revolution. Suddenly there was a technology available that would allow an electric car to travel a reasonable distance, a vast improvement on the lead acid batteries that were being used at the time.

Obviously, these early-days lithium-ion batteries were still vastly inferior to your typical petrol engine; they still required a huge amount of time to recharge, and their range just couldn’t compare. But these pioneering batteries (a modern example of which is pictured below, the Volvo T5 lithium-ion battery) proved that there was potential for electric cars, and with some further refinement, they could become a real competitor. 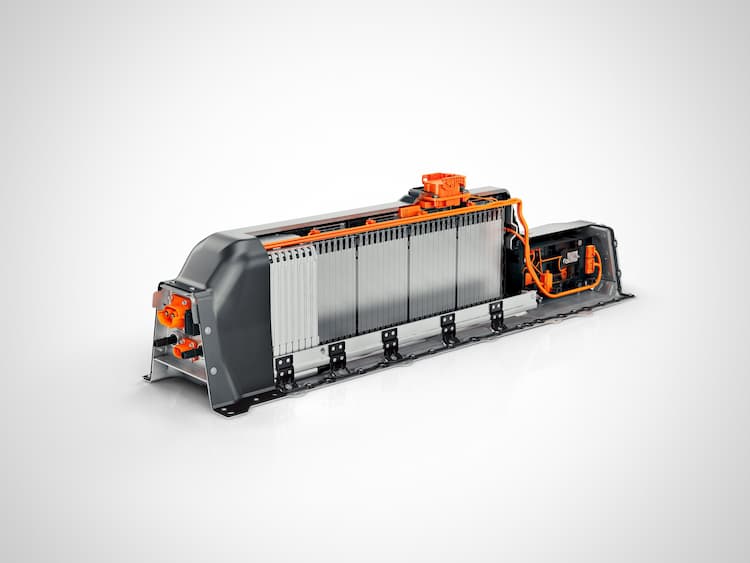 The modern day and beyond

Nowadays, it’s clear that electric cars are going to be a big part of the future of transport. Countries around the world are phasing out the selling of ICE vehicles, the technology surrounding electric car batteries is improving at an exponential rate, and a viable infrastructure for recharging electric cars is currently being installed across the country.

And so, a century on from their first inception, electric cars are once again back in the spotlight as our transport solution. But are they the final solution?

Probably not, truth be told. Even with new technology and government backing, electric cars still have their own problems. While they may not produce any emissions directly, the electricity they need has to come from somewhere, not to mention building the cars themselves is problematic for a host of reasons.

These problems can be mitigated, of course: for example, further improvements to batteries so they don’t rely on such rare materials, and a better renewable energy infrastructure for electric cars to refuel with. But if we should learn anything from the last few centuries of transport, it is that relying solely on one transport solution is only kicking the can down the road for future generations to fix.

Who knows, maybe in another century, steam cars will be the transport solution we need.