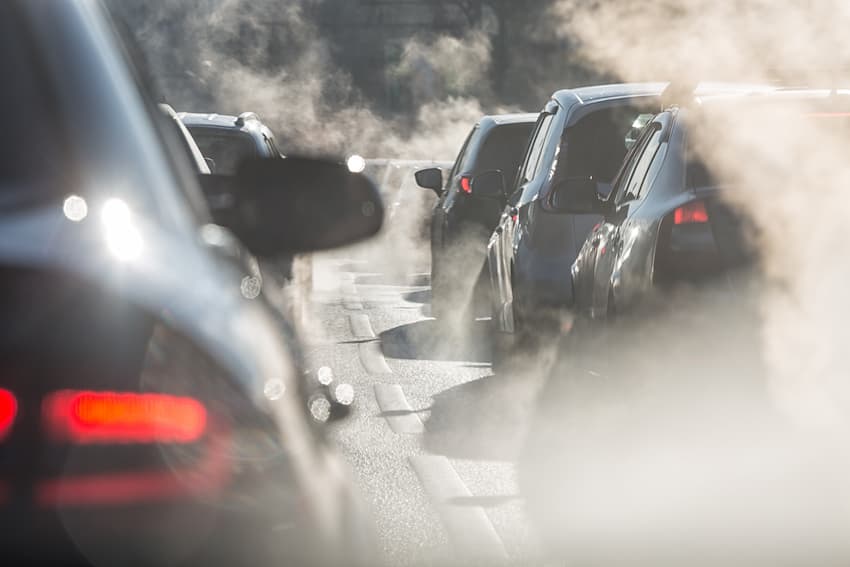 Could UK drivers be charged per journey in future, rather than taxed per year?

Behind all the headline-grabbing sales success of electric cars and vehicles, there’s no getting away from the elephant in the room; well, actually, there’s probably two elephants. The first is the £35 billion black hole in the country’s finances as fuel duty and VED revenues dwindle. The second is the reality that road charging across the whole of the UK has now moved a significant step closer.

Across both Westminster in London and Holyrood in Edinburgh, there is a joint acceptance and commitment that road charging is the solution to replenishing the lost income.

Last week the influential Transport Select Committee of MPs in London recommended motorists pay taxes based on where and when they drive. That report came just weeks after the Scottish Government stated it too would be willing to consider similar schemes as it strives to achieve its 2030 target of reducing traffic by 20%.

It’s worth stressing here that, should road charging be introduced, taxes on petrol and diesel would be scrapped alongside Vehicle Excise Duty (VED).

Crucially, the report also states the switch to road pricing ‘should be revenue neutral and not cause drivers, as a whole, to pay more than they do currently’.

Can a UK-wide scheme be launched?

In one word: yes. It’s important to highlight that Huw Merriman, the chairman of the Transport Select Committee (TSC), was quick to state there would have to be discussions between the UK and Scottish governments over any UK-wide scheme. Why? Because in the devolved world in which we live, Scottish roads are the responsibility of Holyrood, while control of motoring taxes remains at Westminster. That said, Scottish ministers have called for such taxes to be devolved too.

The TSC report has called on a system of ‘dynamic tax charges’ to be introduced; one that is based around a GPS-based telematics system that logs details of every individual’s journey made by car.

Will ‘Big Brother’ be watching?

The use of the word ‘dynamic’ is important because the proposed system will be able to charge drivers different amounts at busy periods or in areas where traffic is to be discouraged. In addition, rates will also differ according to the type of vehicle being driven.

There’s no getting away from an element of ‘Big Brother’ watching every move a driver makes, as the committee states the telematics system should also be designed so that it can be used to modify driver behaviour in future.

What exactly is a telematics system?

‘The key to telematics is in its simplicity,’ according to David Savage, Vice President of Geotag for the UK and Ireland, a global leader in telematics and connected transportation.

‘Through the installation of a small telematics device into a vehicle, a whole host of data can be accurately analysed, including location, speed, idling time, harsh braking and acceleration, fuel consumption and much more. All of this allows for optimum route planning, predictive vehicle maintenance and insights to enhance driver performance and safety.

‘Many UK businesses can already attest to the savings that can be realised by operating a fleet using telematics, and with its widespread introduction, its inherent environmental benefits can also be compounded.

‘We have the opportunity to introduce an ideal solution to road tax based fairly on people's actual road usage, while at the same time greatly enhancing our national efforts in road safety and sustainability.’

Hasn’t road charging been tried before?

Of course, road pricing is not a new topic. It is, though, one which has previously been labelled ‘politically toxic’. Decades ago under Tony Blair’s Labour government, road pricing was proposed. But following a voter backlash, the plans were withdrawn.

Today, with the continuing growth in sales of electric cars – owners of which, of course, contribute no fuel or vehicle excise duty to the government’s coffers ¬– the environmental and political landscape has changed. And with it, ultimately so too will the revenue stream to fill the public finances.

The potential £35 billion black hole is crucial; and not simply in terms of roads. Currently, just 20% of the £35 billion is spent on roads. The rest goes on general government expenditure, including the likes of the NHS, hospitals and schools.

A message to early EV adopters

One of the current largest attractions for drivers of EVs is the vastly reduced cost of motoring compared to traditional petrol and diesel cars. But the report has a message for the early-adopters.

‘In signalling a shift to any alternative road charging mechanism, the government must make it clear to motorists who purchase electric vehicles that they will be required to pay for road usage, as is currently the case for petrol and diesel vehicles,’ the report states.

‘Cheaper driving is likely to lead to more driving… increased congestion will make it harder for the government to achieve its transport policy objectives.’

Huw Merriman, who chairs the TSC, stated: ‘We need to talk about road pricing. Innovative technology could deliver a road pricing scheme which prices up a journey based on the amount of road, and type of vehicle, used.’

The TSC has urged the Department for Transport and the Treasury to establish a body to recommend which option to use by the end of the year.

That view was supported by Edmund King, AA President, who said: ‘While our polls show many drivers accept the principle of ‘pay as you go’, they don’t trust politicians to deliver a fair system. Hence, we agree with the committee that any new taxation proposals should be put forward by a body at arm’s length to the government.’

The big question which remains to be dealt with are the basics of GPS car tracking and privacy. Do you as a driver want your every movement and action monitored and recorded?

In a bid to counter that concern, the report highlights the fact some young drivers already voluntarily install black boxes that monitor driving habits in order to reduce insurance premiums. The report then uses this fact to support there’s evidence the public ‘are prepared to provide data access in exchange for efficient services and systems.’

But the key word in reference to the young drivers who install black boxes to reduce their insurance premiums is ‘voluntarily’. Quite how the UK population of drivers will react should the government essentially force a telematics monitoring system to be fitted to their cars will no doubt be a significant topic for discussion.

But what cannot be ignored is the fact that the way we pay for the right to drive our cars on the UK’s roads will change over the next few years as the electric takeover continues.