Simon Treanor looks at whether hydrogen could be used to fuel our automotive world. 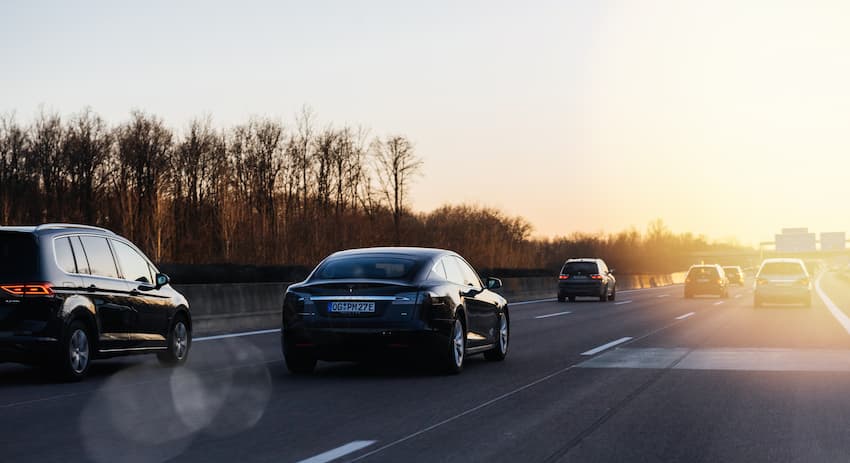 Could cars of the future be fuelled by hydrogen?

Unless you have been hiding under a particularly large rock for the last decade or two, you’ll be aware that the world is trying to address rising temperatures and climate change, with a chief focus on the automotive industry to provide an alternative to traditional ICE engines. You’ll also know that that answer, for now, appears to be a large-scale shift to electric vehicles.

On paper this certainly makes sense; EVs don’t produce any harmful emissions during journeys, and we are, as a society, fairly familiar with electricity – how it works, how it might be dangerous, etc. However, there are all sorts of problems still associated with EVs, and while these ‘kinks’ are being worked out, some people have been asking ‘Well, are there any alternative fuel vehicles?’

Usually, this is talking about hydrogen-fuelled cars. Again, on paper, hydrogen seems like an amazing option. Hydrogen, in certain forms, is abundant, like, really abundant… namely it’s in water, which we have plenty of. Plus, hydrogen engines only produce water as a waste product (drinkable water at that) and we already know that hydrogen can be a viable fuel source because we use it in space travel! So why on earth are we so focused on electric cars and not hydrogen?

Of course, that’s because there are serious problems with hydrogen as a fuel. By which I mean, it is incredibly hard to get pure, usable hydrogen. The darn stuff is just too active, so finding pure hydrogen in nature is nearly impossible, and removing hydrogen from other atoms, say the oxygen atoms in water, requires a huge amount of energy and specialist equipment. And the problems don’t stop there! Even if you do manage to get enough hydrogen, storing the stuff safely without it re-bonding to new atoms and becoming useless is its own headache.

But that hasn’t stopped some extremely clever people from trying to make hydrogen viable, and possibly revolutionising the energy industry.

How do we produce hydrogen?

At the moment, there are two main methods being explored in producing pure hydrogen. These are ‘electrolysis’ and ‘steam reforming’ natural gasses, such as methane (more commonly known as steam-methane reforming).

Of these methods, steam-methane reforming is by far the most prevalent, accounting for over 95% of the world’s hydrogen production.

Steam-methane reforming is the process of reacting methane with steam to produce hydrogen, carbon monoxide, and trace amounts of carbon dioxide. In order to do this, the gasses need to be subjected to intense levels of pressure, anywhere from three times normal pressure to 25 times normal pressure. Under such pressure, super-heated steam (between 700˚C – 1000˚C) is then added causing the two gases to react and produce carbon monoxide and hydrogen.

However, one of the reasons this process is most prevalent is that there is an additional step which produces more hydrogen: the water-gas shift. This is where the steam, with the help of a catalyst, then reacts with the newly formed carbon monoxide to produce carbon dioxide and more hydrogen. The contents are then filtered, leaving a healthy amount of pure hydrogen to safely power our future cars.

However, you may have noticed the flaw in this process and why it is not, in its current state, the energy revolution that we might be hoping for. The process of producing ‘clean energy’ in fact, produces carbon dioxide and carbon monoxide. And that’s not even accounting for the vast amount of energy that is required, energy from burning fossil fuels, to maintain the pressure and heat the steam needed for the reaction to work.

However, steam-methane reforming has bags of potential; it produces a good amount of hydrogen, and natural gas is relatively abundant and easy to acquire. So, while this may not be the final product, it is clearly a step in the right direction and may lead to the energy breakthrough we need.

You may remember electrolysis from your school days; if not, well honestly, you’re not missing much. It is, however, another avenue that is being explored to produce pure hydrogen. Compared to the steam-methane process, electrolysis is considerably simpler to understand (though the technology involved is quite impressive!). Passing an electrical current through water splits it into its two basic components: oxygen and hydrogen. Job done! No faff, no crazy high temperatures or pressure, and no greenhouse gases being produced in the meantime. So why on earth are we not doing this method more?

Well, it comes back to that old problem of ‘it takes energy to produce energy’, and namely, the amount of hydrogen isn’t that great. When you factor in the amount of fuel needed to produce the electricity, then electrolysis isn’t, in its current state, a viable solution for mass production of hydrogen.

Again, this can change. Scientists are already looking at ways to reduce the amount of energy needed for electrolysis, including using ammonia water which yields a much better energy return (33 kWh of potential hydrogen energy for every 1.55 kWh of electrical energy), and if renewable energy can be used to produce the electricity, such as solar energy, then electrolysis would truly be a completely carbon neutral fuel source.

Of course, these aren’t the only avenues being explored; scientists are even considering using hydrogen-producing algae, though, at the moment, it has very poor hydrogen yields (which means acres and acres of algae are needed) and, rather inconveniently, oxygen is poisonous to these types of plants (!), so they need special conditions and environments to grow.

For now, all these methods have large and prohibitive hurdles to overcome, but as the technology develops and new and inventive processes discovered, hydrogen may very well be the answer to our fuel needs.