Forget about range anxiety – is this the future of electric vehicles? 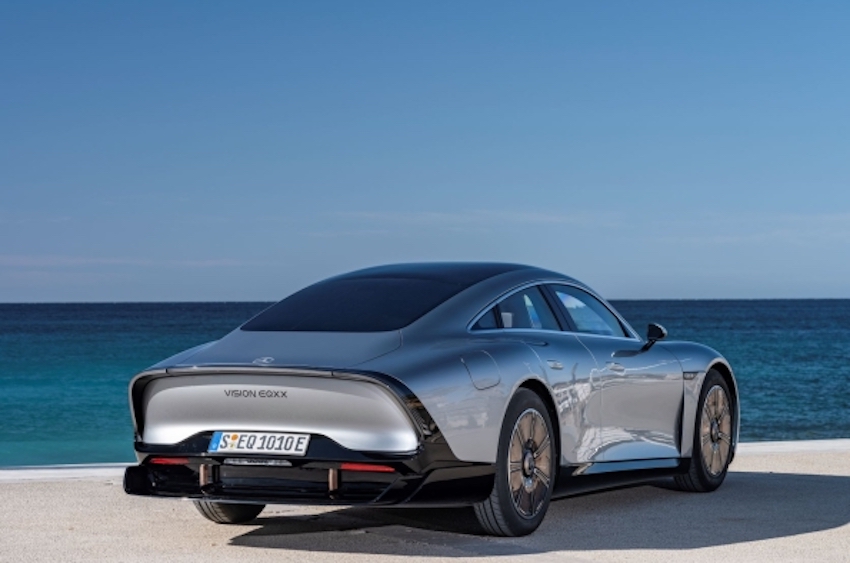 The Vision EQXX has been unveiled

When it comes to making the switch to electric, the first question many drivers have is 'how often will I need to charge my car?'

However, Mercedes-Benz have just unveiled a concept car which might have all the answers.

Earlier this year, the German giants introduced the Vision EQXX, which explored different battery technologies and new levels of efficiency.

And, incredibly, the street-legal concept was able to drive on a single charge for 11 hours and 32 minutes, topping 600 miles on the journey.

Travelling across places such as the Swiss Alps and Northern Italy, it effortlessly covered more than 1,000 km in everyday traffic.

The journey started in cold and rainy conditions, and was undertaken at regular road speeds, including prolonged fast-lane cruising at up to 140 km/h on the German autobahn and near the speed limit elsewhere. The battery's state of charge on arrival was around 15 per cent, amounting to a remaining range of around 140 kilometres, and the average consumption was a record-breaking low of 8.7 kWh per 100 kilometres. 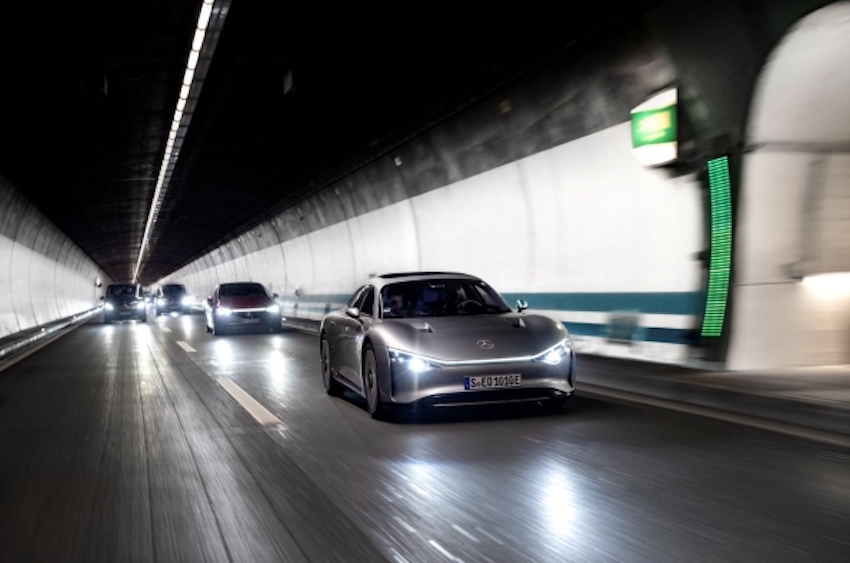 The long-distance drive was completed with the charging socket sealed and accompanied by an independent expert from certification body TÜV Süd.

The average range of an electric car is believed to be just shy of 200 miles, meaning this could be a huge development as the automotive industry continues to move towards alternative fuel vehicles.

Ola Källenius, Chairman of the Board of Management of Mercedes-Benz Group AG, added: ‘We did it!

'Powering through more than 1,000 kilometres with ease on a single battery charge and a consumption of only 8.7 kWh/100 km in real-world traffic conditions.

‘The VISION EQXX is the most efficient Mercedes ever built. The technology programme behind it marks a milestone in the development of electric vehicles. It underpins our strategic aim to “Lead in Electric”.’

Meanwhile, The Arnold Clark Innovation Centre opened last year on Dumbarton Road in Glasgow’s West End with the aim of educating visitors about the benefits of alternative fuel vehicles and why they are becoming so important.