The most fuel-efficient cars of 2022

Take a look at some of the most economical cars at Arnold Clark showrooms this year. 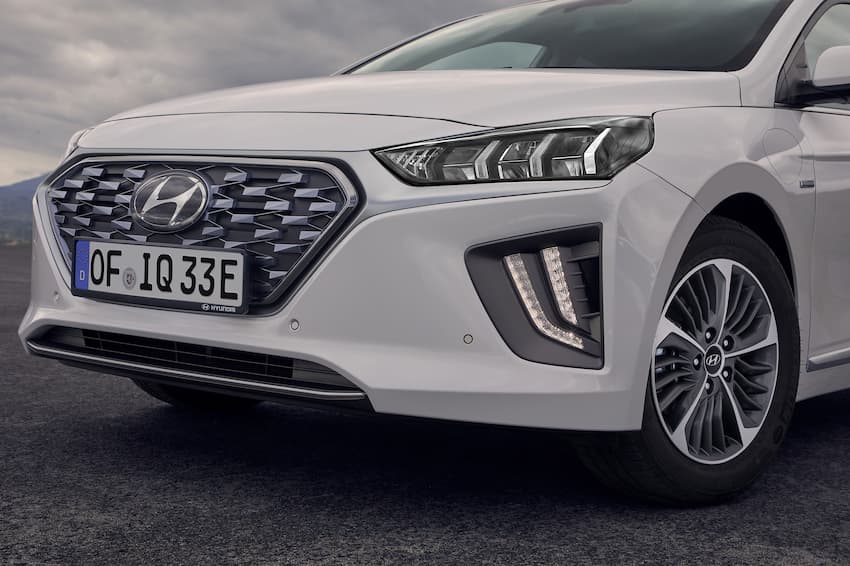 What is ‘fuel efficiency’, anyway?

Plainly speaking, it is the capacity of an engine to harness energy from a fuel source, such as petrol, diesel, electricity – and even in some experimental cases, alcohol.

A game-changing specification in many car buyers’ minds, a model’s mile-per-gallon performance (mpg, a gallon being 4.5 litres) can sway potential buyers towards a certain brand or model based on how closely it meets other considerations like family-sized dimensions or nippy city handling. Here’s our pick of the best makes and models for fuel efficiency in 2022: 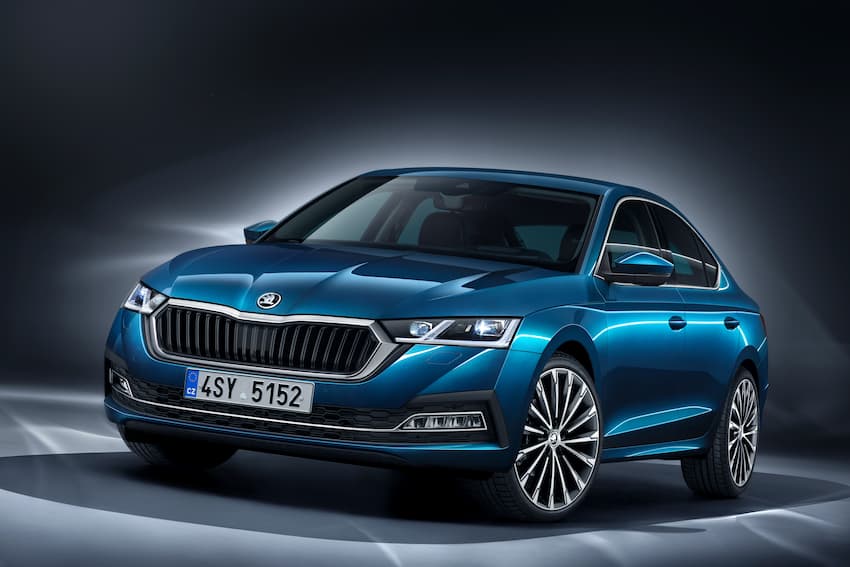 For so long typecast as a taxi driver’s car, ŠKODA has broken off the shackles of its workhorse image to sow trust among the automotive public, supplying everything from city cars (Citigo, Fabia) to executive saloons and SUVs (Superb, Karoq and Kodiaq).

But while the brand has shown its depth of personality, the love has always been there for one of its cornerstone models, the Octavia.

And although the more recent sporty FR trim, with red stitching throughout the cabin, steering wheel and instruments, depletes fuel economy, there are still high-end touches to be found in the Octavia’s mid-range trims such as the ‘SE’.

But let’s not forget why it’s so often been used as the cabbie’s car of choice for two decades: it’s got great durability and extremely competitive fuel economy for its ample interior dimensions, with plenty of comfort and a sat nav screen, as well as cavernous boot space.

The Octavia 2-litre diesel’s fuel economy is up at a lofty 68.9 mpg, impressive for a traditionally fuelled car.

And with all that storage space thrown in to boot, what’s not to like? See our ŠKODA range here.

You have two choices when it comes to the Hyundai IONIQ. This mid-sized car is a solid choice, spacious enough for family considerations in both the cabin and boot, but focusing on the car’s economy, the hybrid version offers 62.8 mpg which gives good versatility for longer journeys or quick short-range jaunts.

The plug-in hybrid electric (PHEV) variant has an all-electric range of around 40 miles (twice as long a range needed for 80% of road journeys in the UK) and its combined economy is a gargantuan 256.8 mpg and a noticeably cleaner CO2 emission of 26g/km. 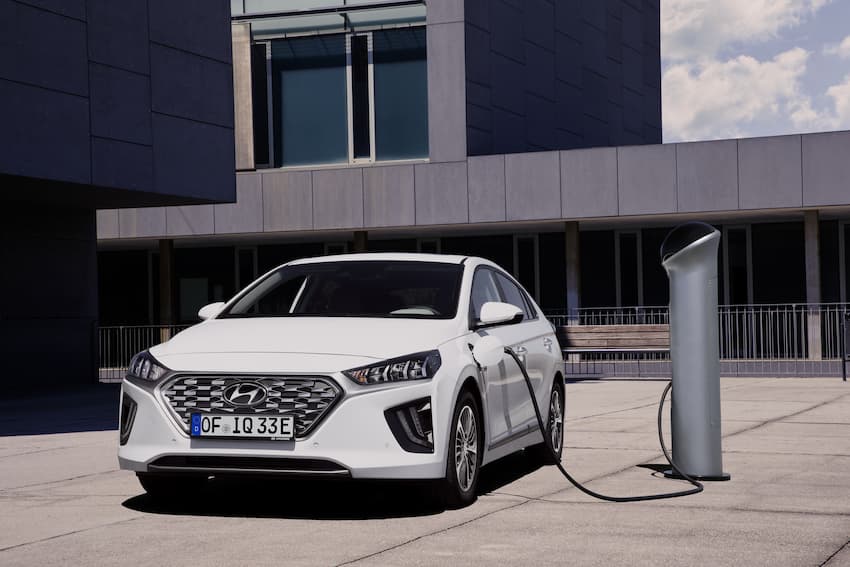 For added peace of mind on another potential electric car nail-biter, battery health – range anxiety brushed aside – Hyundai improves on its overall five-year warranty on the vehicle by introducing an eight-year guarantee on the battery itself, or to 125,000 miles, whichever comes first.

Find out why IONIQ and driver is a natural bond, especially for fuel savers.

The 208’s obvious aesthetic appeal, with its lion’s claw LED running lights and fine body work, are as inviting as ever for Peugeot fans, but first-time buyers of the French marque can be confident in a supermini that boasts bags of versatility; from multi-person runs to serving as a work-and-back or even as a private business vehicle, the 208 can do it all.

Feel the roar that keeps going with the economical 208. 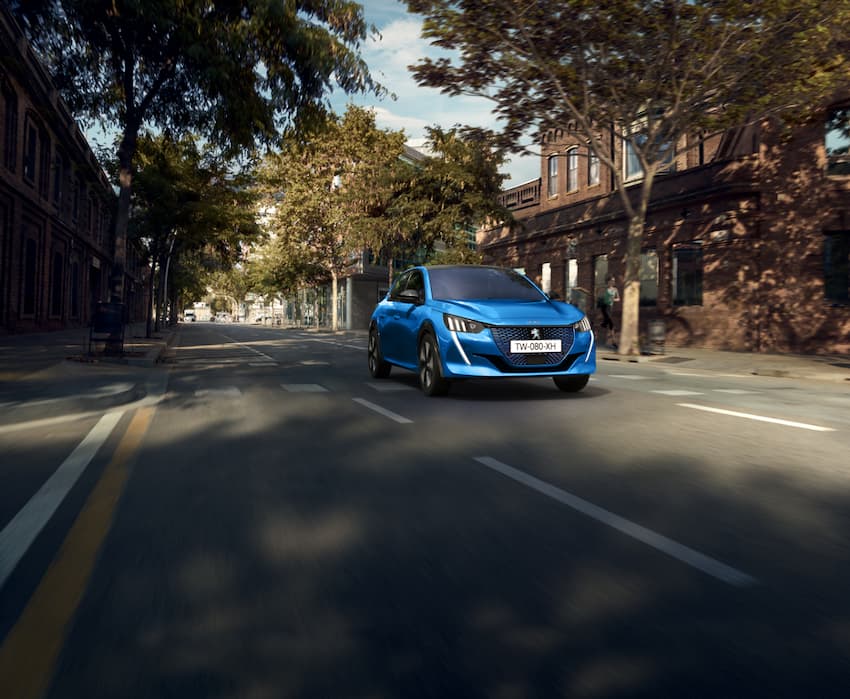 Elsewhere in the EV sector, the Peugeot e-208, while more expensive in initial cost, will ease drivers’ range anxiety with its fast-charging capability, replenishing the battery from flat to 80% charge in 30 minutes from a fast public charging point.

The car’s 138hp electric motor is substantial and is certainly fit for more than just short urban runs, with a 50 kWh battery pushing the car along for a manufacturer-official range of 217 miles – more than ten times the longest journey taken by 80% of UK motorists driving daily.

As well as being fuel-efficient and saving you money month on month on home charging compared with filling the tank with hydrocarbon-based fuel, the e-208 is laden with intelligent driving tools, such as cruise control for motorway situations, which effectively guides the car’s steering, acceleration and braking beyond the ‘straight line’ autonomous driving of old.

Elsewhere on the newsroom

While the French manufacturer, well known for some quirky modern models, states that its petrol C4s reach above 50 mpg (with the exception of the 153bhp version which returns 48.8 mpg), the 1.5-litre, 4-cylinder diesel C4 provides 110 bhp with 69.1 mpg which is an extremely impressive performance. With this level of economy, the C4 could become a very popular business fleet car or individual businessperson’s vehicle.

This is combined with some lovely front exterior styling on this year’s third-generation C4 in the UK, such as red-tinted corners to the bumpers which house the fog lights, while above, the front grille is spanned by parallel panels in chrome which become arrowhead-shaped LED running lights. Around the car, the spiral chrome panels give a smooth silvery look to the wheel trims when the car is in cruising speed. 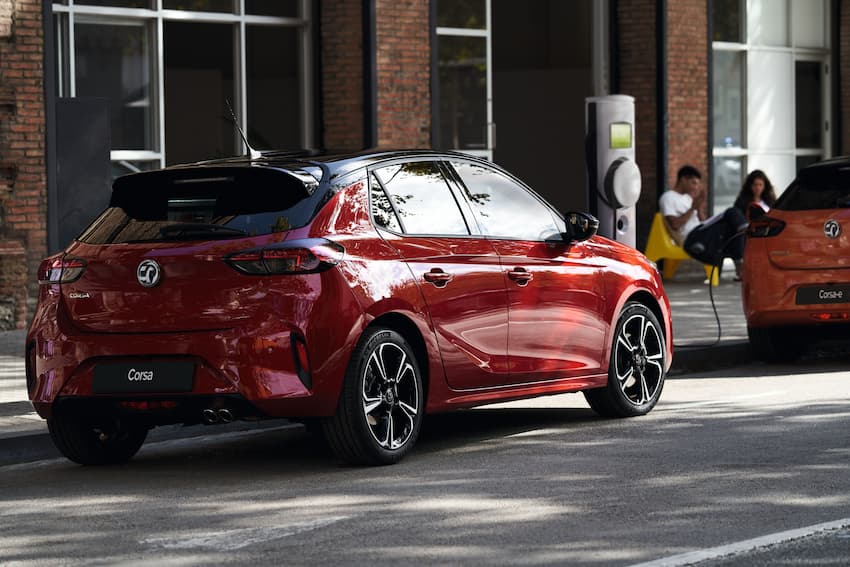 This year’s Vauxhall Corsa performs to a seriously impressive 70.6 mpg in real-world conditions, which should satisfy the long-distance drivers and short-course suburban saunterers alike. The engine performance is backed up in design terms with an eye-catching colour palette, including Power Orange, one of two core colours available as ‘premium’ finishes, and Hot Red, which effectively contrasts with the roof colour.

Meanwhile, around the Ultimate and GS Line specs, you’ll find sleek-looking bi-coloured alloys with stunning black and chrome detailing. Into the cabin, comfy cloth seating for driver and passengers gets you ready for the road ahead, but not before setting up your favourite tunes and important calls with the infotainment system’s Apple and Android app pairing connectivity. 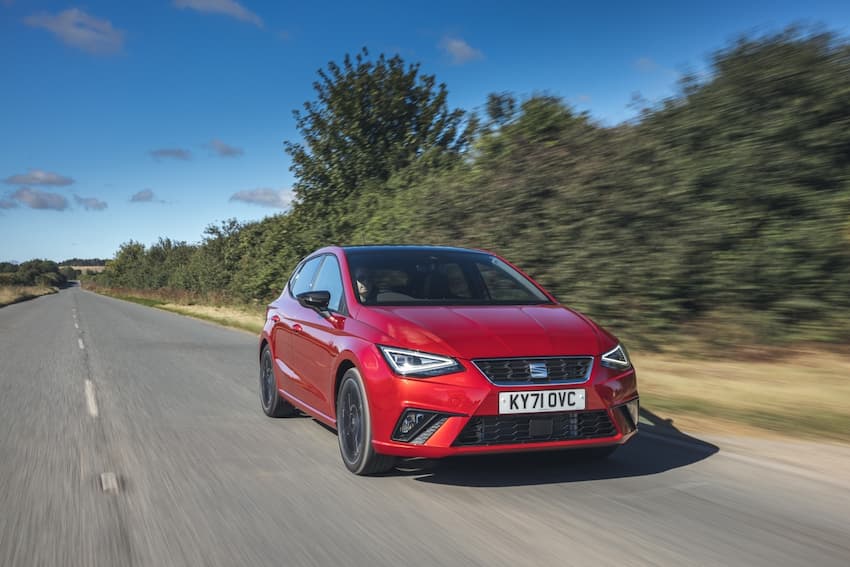 SEAT’s Ibiza 1.6-litre diesel version is a highly economical car for 2022, delivering up to 76mpg according to the manufacturer. For a car with demonstrable punch for the open road with 94bhp and a 113mph top speed – as well as an understatedly stylish design that’s right at home amidst the public gaze on the city streets – this is a top return, especially in a period of increased pressure on fuel consumers at the pumps.

There’s so much to like about the SEAT range but this car, now in its fifth generation in the UK, has excellent room for easily four passengers, good adaptability of seating with foldable seats for extra boot storage to go on top of its already impressive 355-litre boot, thoroughly respectable for the supermini category. 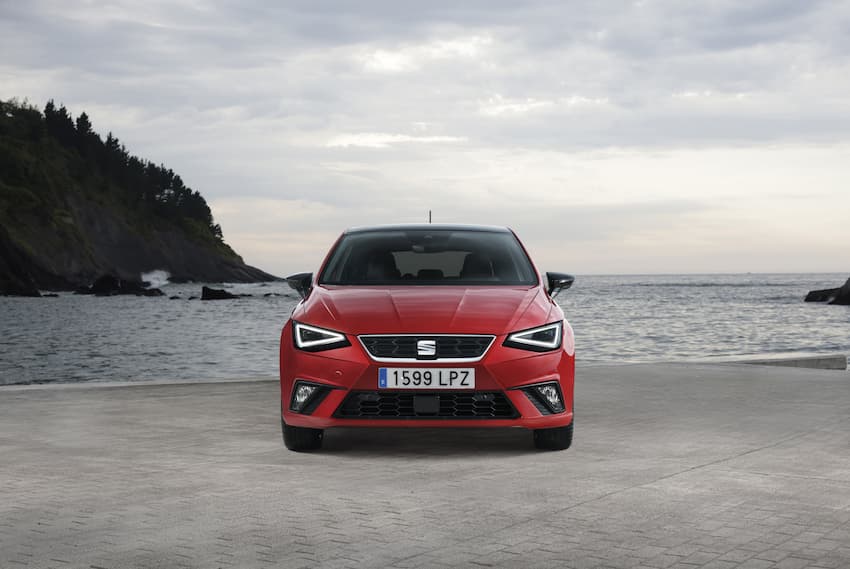