The Abarth 500e — available as both a hatchback and cabriolet — is scheduled to arrive in Arnold Clark showrooms by summer next year. 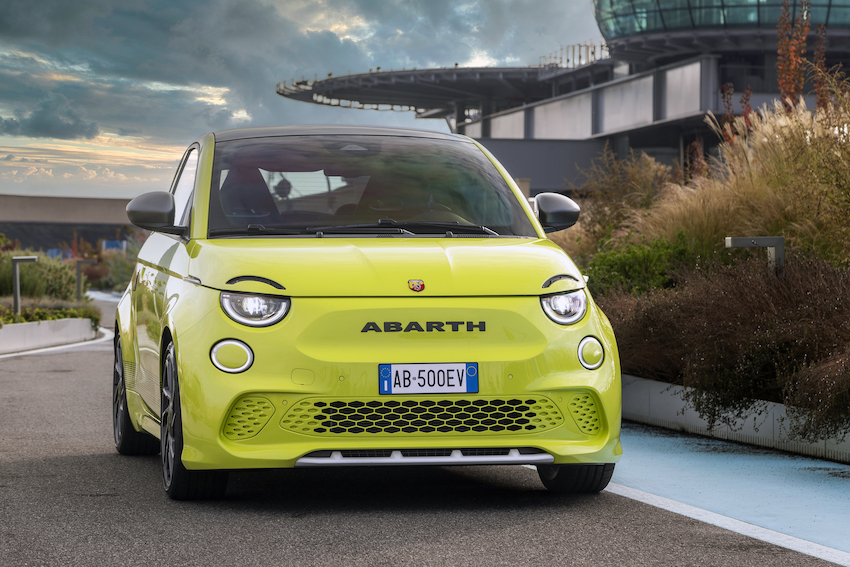 We already know Fiat’s all-electric 500e has been something of a success.

Now the Italian carmaker’s performance brand, Abarth, has revealed its own hot-hatch version.

The Abarth 500e — available as both a hatchback and cabriolet — is scheduled to arrive in Arnold Clark showrooms by summer next year.

Not surprisingly, the 500e will be Abarth’s first all-electric car. It will also use the Fiat 500e as the core EV platform before adding its own special ingredients, all aimed at creating a more sporting model. That also means more performance. The front-mounted electric motor, which delivers 117bhp in the Fiat version, has been increased significantly to 152bhp, The result? A 0-62mph time of 7.0secs.

What else is new on the Abarth version?

Well, it’ll sound good. How come? Abarth boffins have fitted their 500e with a novel sound generator and amplifier. Using the petrol Abarth 695’s exhaust note as a template, the sound has been programmed, according to Abarth, to “help deliver a more intense aural experience”. 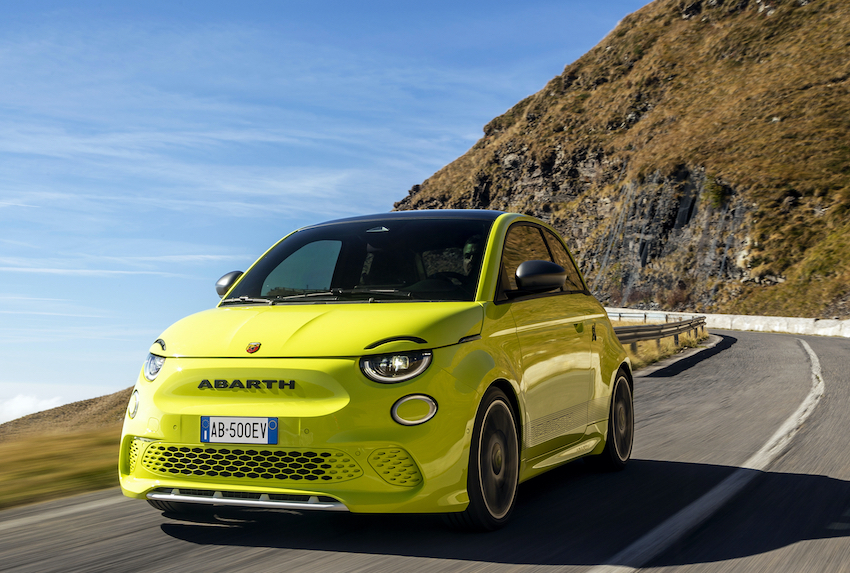 Abarth also claims the 500’s latest platform — it has a wider track, longer wheelbase and better weight distribution than the old combustion-powered 500s — allows the electric version to perform faster round its Balocco test track. The company says its 500e is a full second quicker than its petrol predecessor.

There is. The Abarth 500e gives drivers the choice of three driving modes. The first, Turismo, is focussed on everyday driving. That means reduced power and torque (132bhp and 230Nm) which combine to deliver a smoother driving experience.

Turn it up a notch and you get Scorpion Street. This gives the driver access to the EV’s full power as well as maximising brake-energy recuperation for urban environments with frequent stops. 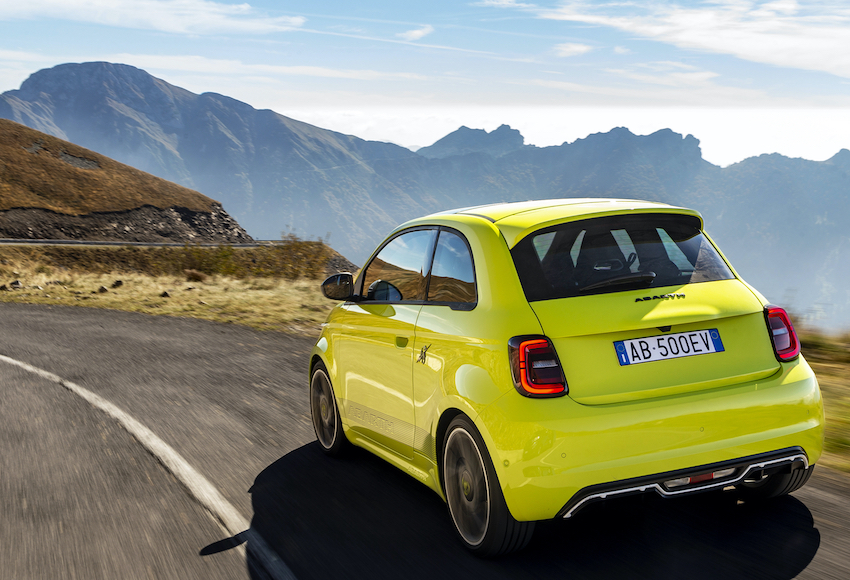 Finally, Scorpion Track eases back on the brake regen and focuses on maximum performance. And though not applicable to Scorpion Track, single-pedal driving is possible in Turismo and Scorpion Street settings.

How long to charge and what’s the range?

Always the two most pertinent questions in relation to an EV. Although the Abarth 500e uses the same 42kWh battery as its Fiat sibling, range drops from 199 to 155 miles. That’s simply a result of the increased motor output. 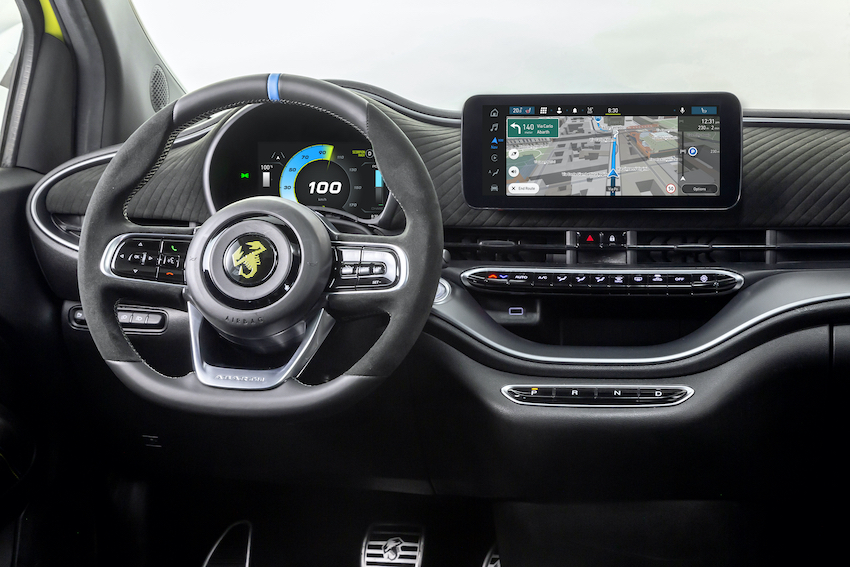 The good news is the Abarth version gets the same maximum charging rate of 85kW DC, resulting in around 25-miles of range in five minutes. In 35 minutes, you can also recharge the car from almost empty to 80%.

Any styling tweaks inside and out? 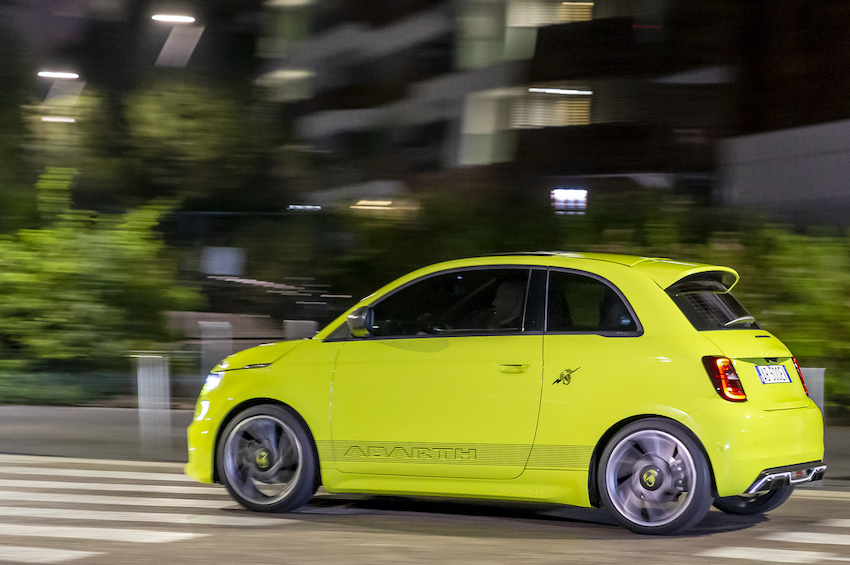 Outside there are a clutch of notable design changes all aimed at making the Abarth look more aggressive. These include a new front bumper, side skirts and a rear diffuser. Sportier alloy wheels finish the job nicely.

And while the hatchback pictured here gets rear privacy glass, the cabrio has been fitted with an integrated spoiler in its fabric roof.

Ok, what about price and availability?