A history of the Ford Focus

As it celebrates its milestone anniversary with a new edition, we take a look back through 20 epic years of the Ford Focus. 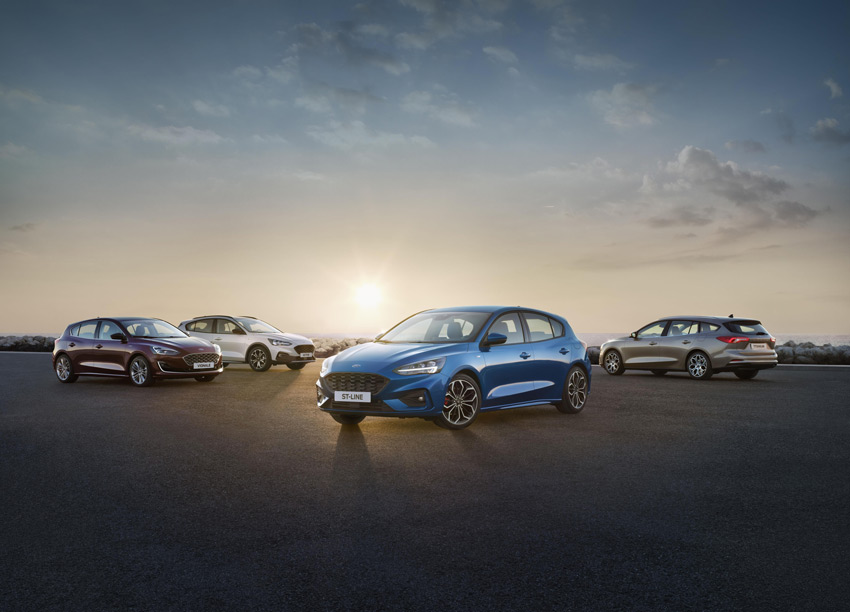 Let’s set the scene… It’s 1998 and Will Smith is Gettin Jiggy wit It, Tom Hanks is Saving Private Ryan and Buffy is slaying vampires. The signature family car from Ford is the Escort – and it has been since 1968. But its 30-year reign is about to be toppled by a bright new contender fresh off the production line. Better believe it: it’s the year of the first ever Focus. 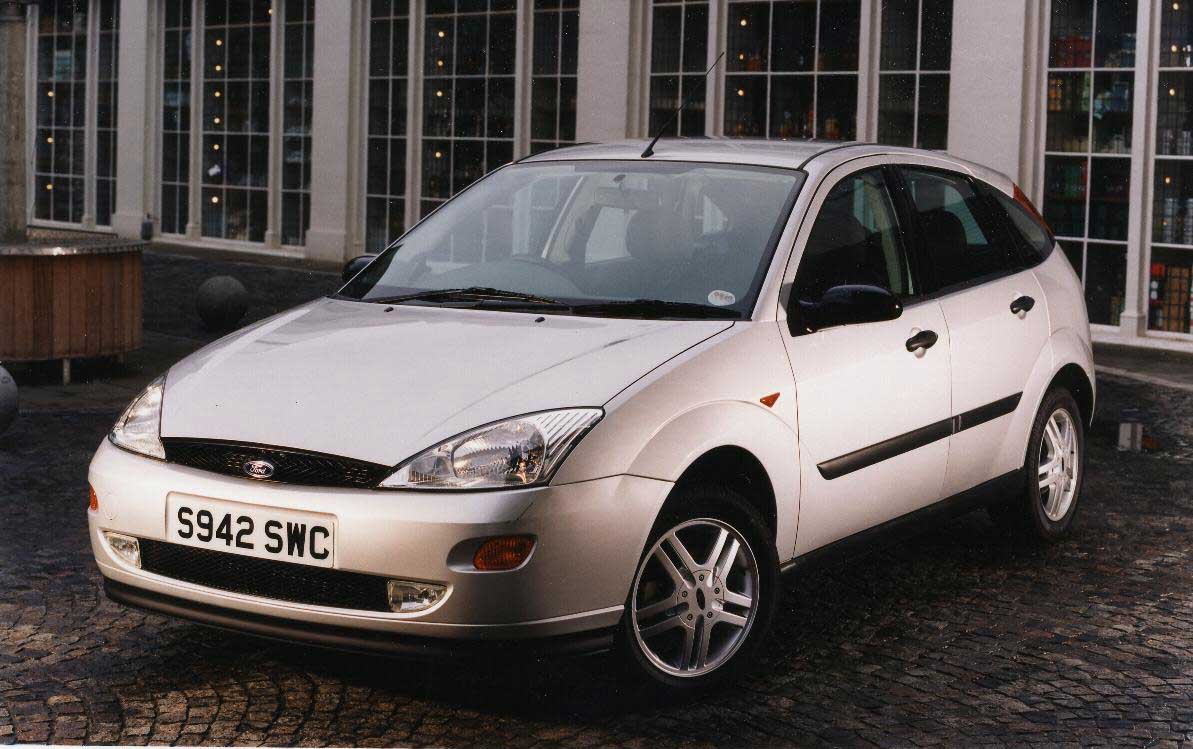 Curvy, compact and comfortable, the revolutionary Ford Focus was available in three-door, five-door, estate and saloon guises at launch. It looked nothing like the Escort – or indeed anything else on that market at the time. Gone was the boxy aesthetic and elongated silhouette that characterised the 90s family car; here was a design ready to boldly welcome in a new millennium. With its fresh looks and accommodating myriad of engine options, the Focus was ready to make itself at home in any family driveway. But best of all, out on the open road the drive it delivered was anything but drab.

Critics were dazzled from the off, declaring the Focus European Car of the Year. And although the Escort stoically battled on for two more years, its days were clearly numbered, and production ceased in 2000. It was simply no match for the slick new stylings of the Focus, which, by 1999, had become Britain’s bestselling car. 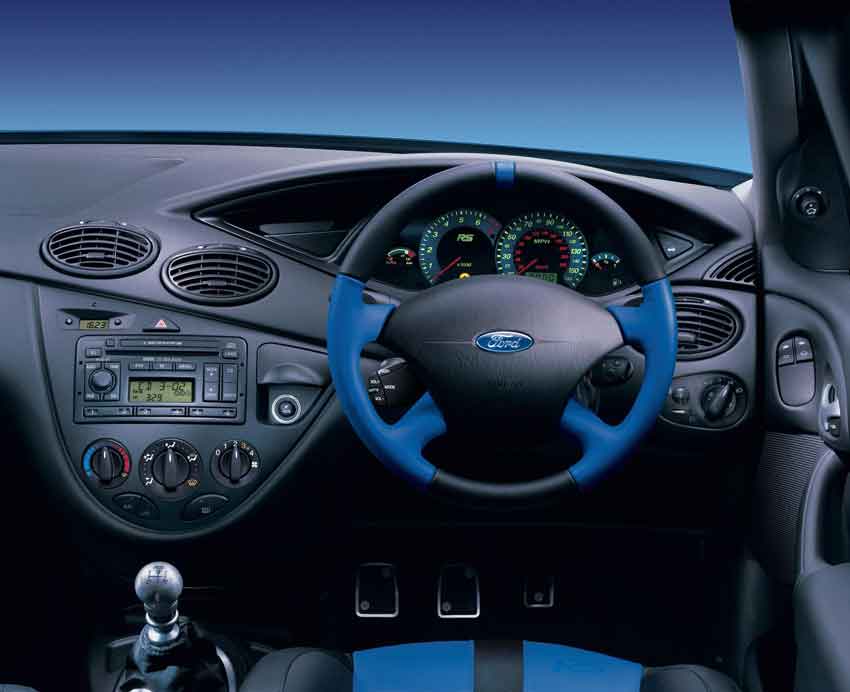 In 2002, a high-performance Focus RS edition set pulses racing across in Europe. Styled in a signature inky blue with eye-snagging block trim, it boasted a giddy 2-litre engine capable of 212 bhp. Despite a run of production delays, the finished hot-hatch was a sure-fire hit.

Second generation: It just gets better and better… 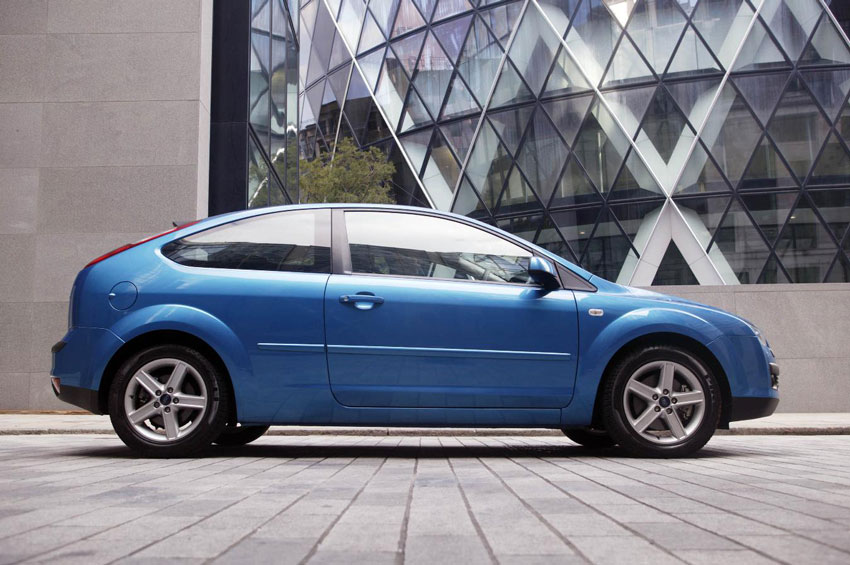 After the beloved Mark One, expectations were high for the follow-up Focus. The pressure was on: how could Ford improve a car that sold four million units over the course of six years?

The sequel to the Focus launched at the Paris Motor Show in 2004. Again, there was a choice of hatchback and estate versions, and the engine range had been expanded to include two new diesel options; a hyper-efficient 1.6-litre, and a more powerful 2.0-litre effort. But the suspension design that had proven to be such a success on the original model was retained.

The Mark Two was roomier, sturdier and packed in some fun, newfangled features like Keyfree technology and Bluetooth. And in Euro NCAP safety testing, its stiffened body shell paid off with a full five stars and the best rating in its class. 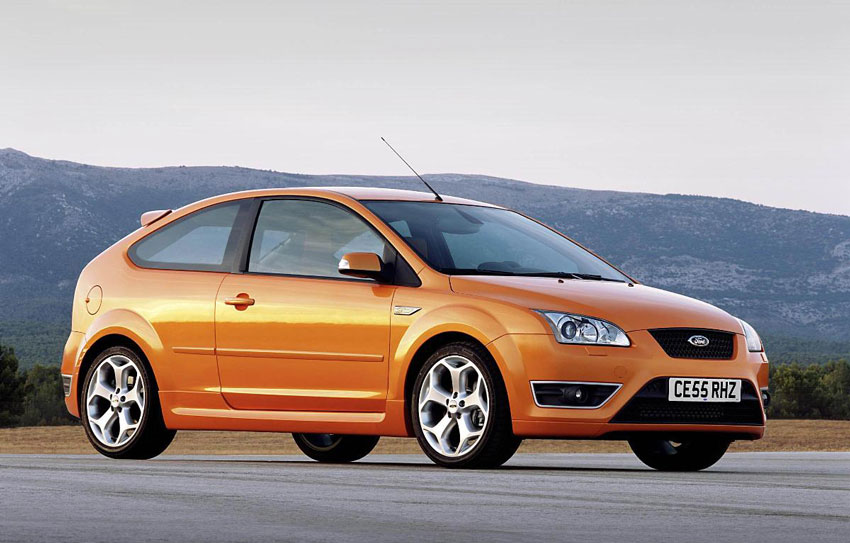 In 2005, the Focus ST roared onto the scene with a snarl from its twin exhausts. With a 2.5-litre turbo engine and a tightened chassis, the ST made nipping out to Lidl almost as fun as a jaunt through the Italian Riviera. And Ford proved that the superior handling it had achieved with the Focus was anything but a lucky happenstance. 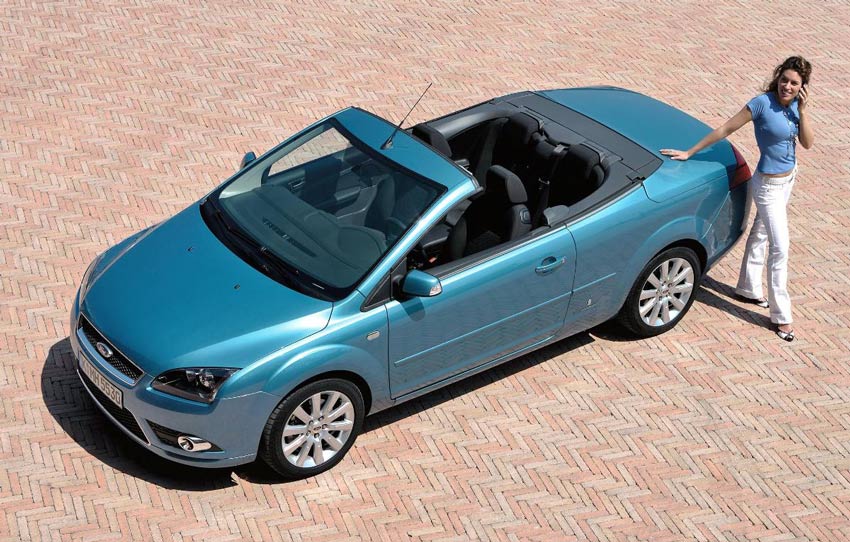 In 2006, Ford deferred to the aesthetic abilities of Turin-based design firm Pininfarina to develop something entirely new: the CC Coupé Cabriolet. Namely, the world’s first convertible Focus, with a two-piece, retractable hard top. Critics loved the diesel engine and drive style, but the whimsical design didn’t quite catch on, and has now been consigned to history highway.

In 2011, the third-generation Focus launched. The formula didn’t change much. But then, it didn’t need to. The cabin was updated, as was the handling. Engine efficiency was enhanced, and the ride quality tweaked. Oh – and the three-door model was dropped. 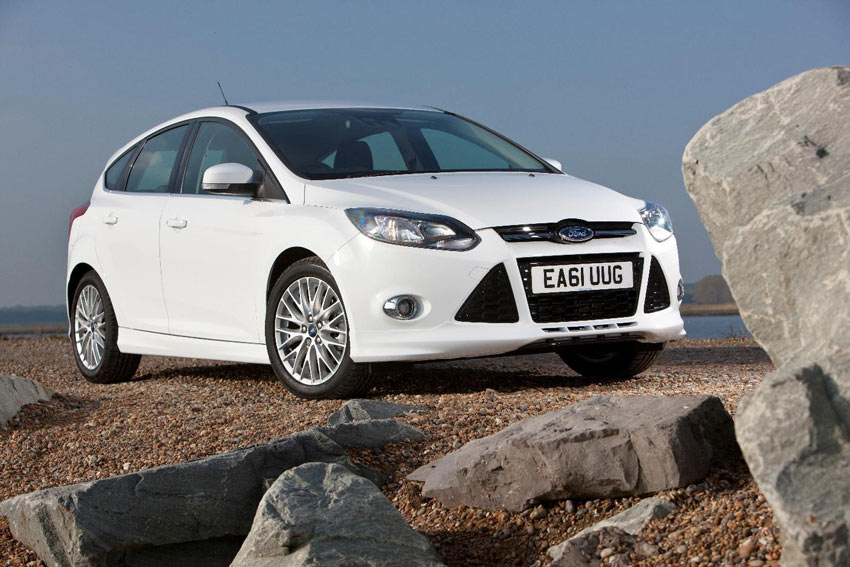 But Ford didn’t compromise on any of the stuff that made the original Focus so fun. The joyous drive style, the crisp styling and the quality for money that had always been central to the badge were all happily still there. This was most deliberately an evolution rather than a revolution.

And it proved to be a successful one; by March 2016, the Focus has secured its position as the most common car to be found on UK roads.

Now, 20 years on from its debut, the latest iteration of the Focus has arrived. From its overhauled, athletic outline to its built-from-scratch C2 platform and simplified, straightforward cabin, it’s clear that Ford hasn’t been afraid of taking a few risks. 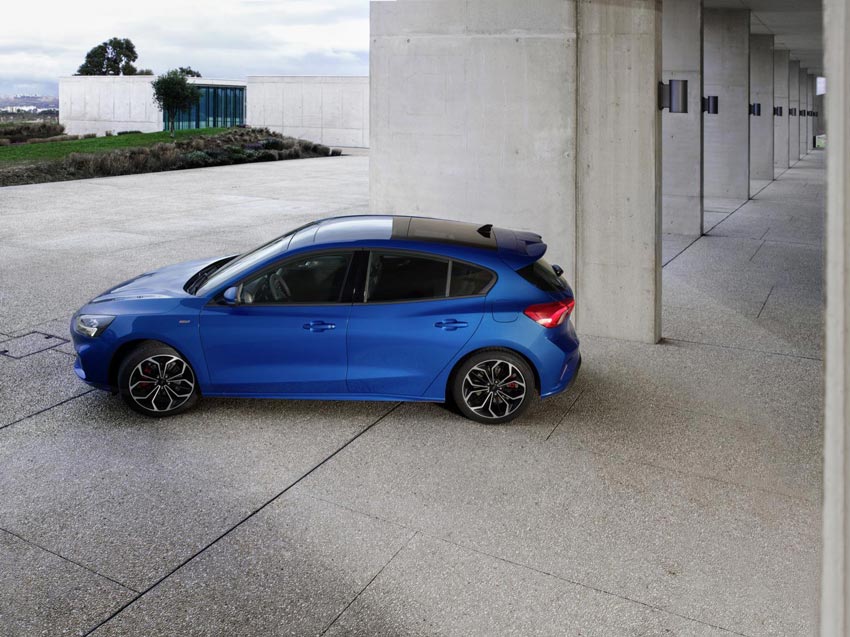 Driving fun is still very much the priority. It is, after all, the Focus’s signature selling point. But Ford has also recognised the consumer appetite for seamless connectivity and pioneering tech. Take the fighter-jet technology that’s been integrated into the dash, for instance. This family car’s futuristic heads-up display means drivers can see all the important status and driver information they need, without taking their eyes off the road ahead for a second.

As ever, there are plenty of ways to trim your Focus to fit. The engine roster is impressive, even at launch, with a variety of power outputs, all the way from the one-litre, 84 bhp Ecoboost up to the power-packed 2-litre petrol and diesel versions. There are no fewer than seven spec tiers – but the great standard features like the SYNC 3 infotainment system and stop/start technology show that quality won’t be compromised at any level. 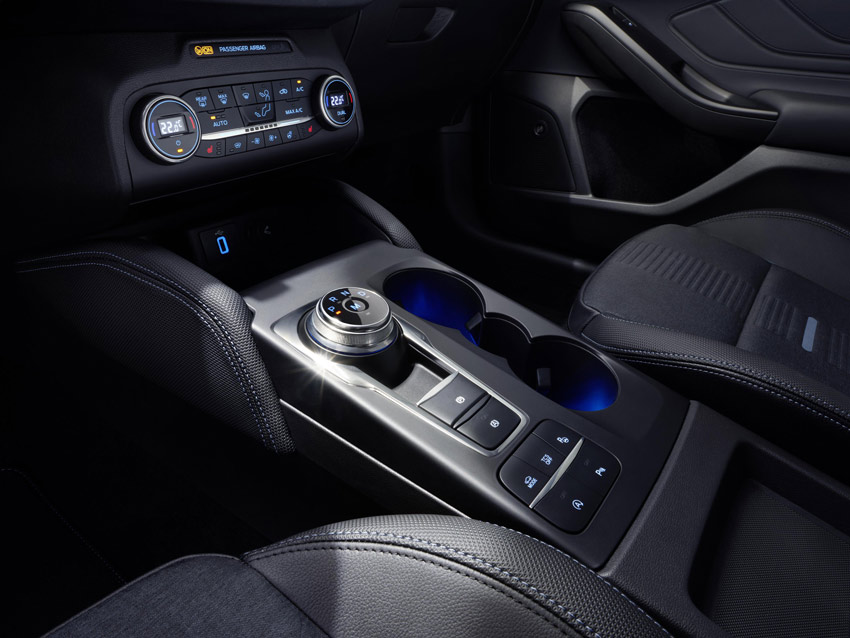 And the innovations keep on coming – with Lane Centring, Active Park Assist and Matrix Headlights to name a few, there’s plenty to keep this bold new iteration of the Ford Focus where it’s always been: at the leading edge.