Volvo: A legacy of safety

Volvo are visionary when it comes to automotive safety. 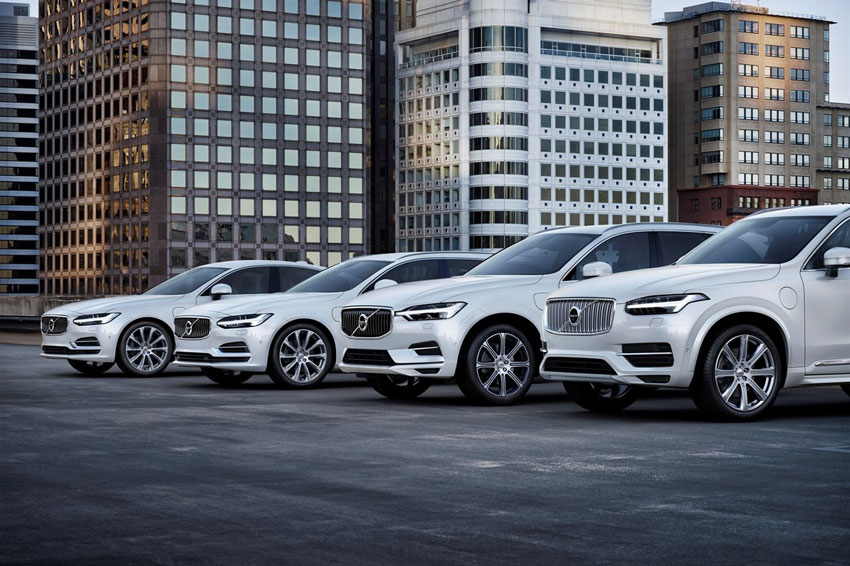 Volvo have been innovators in safety for the last 90 years.

Volvo has a longstanding reputation for producing among the safest and most reliable cars in the world. Over the last 90 years they have continued to innovate and develop new technology with their cars consistently gaining the top ratings in industry safety tests. This approach is far more than just meeting regulations – it’s a core part of Volvo’s identity. With their actions and inventions having had a much wider impact on the automotive industry as a whole, here are just a few of the ways they’ve made driving safer… 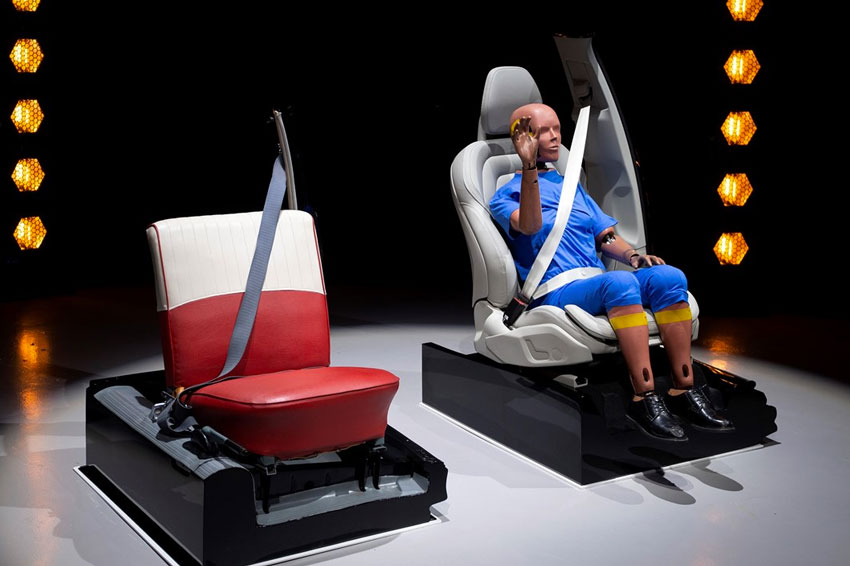 The three-point safety belt is the most crucial of safety features on any car and its presence is estimated to have saved more than one million lives. It was developed by Volvo engineer Nils Bohlin and first used on the PV544. Volvo recognised the importance of this invention and the huge advantages it held over the standard waist-belt. The company prioritised safety over profit and waived the patent rights, allowing driver safety to reap the rewards. It remains a vital feature of all roadgoing vehicles today. 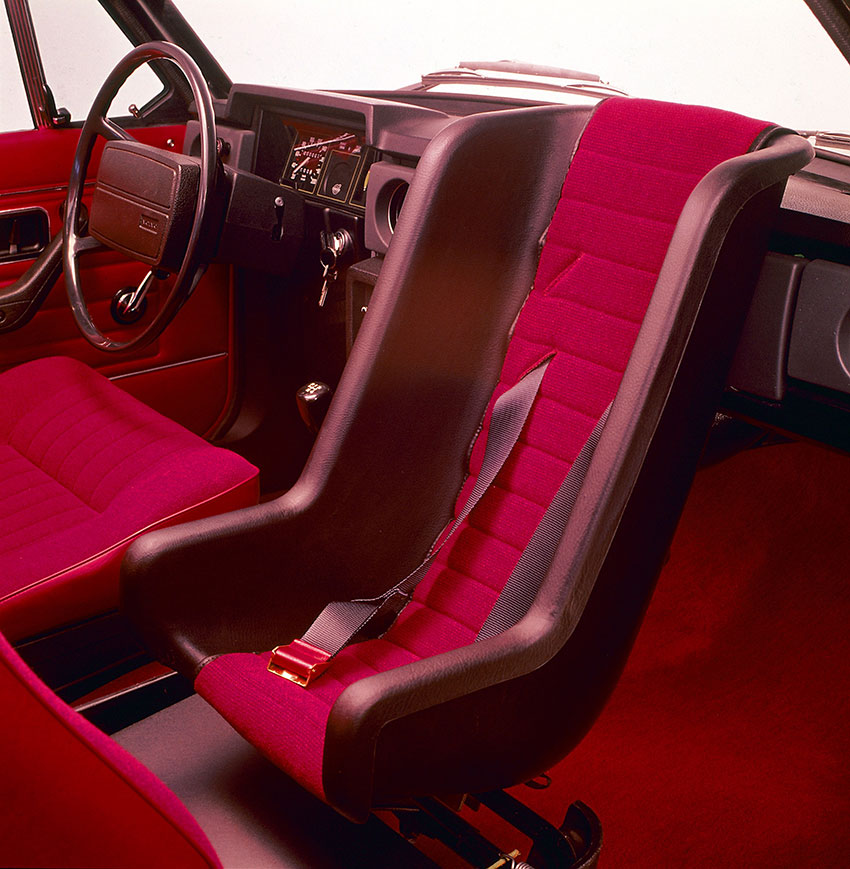 Volvo developed rear-facing seats for children in the early 1970s, using the same principles as the Gemini space program. These were designed to help even out the forces of a full-frontal impact, spread the load and reduce the risk of injury. The engineers at Volvo went on to develop the booster seat later that decade, and their first integrated booster cushion was introduced in the 1990s. In 1999, Volvo brought their innovation full circle with the first rearward-facing child seat for the ISOFIX frame. 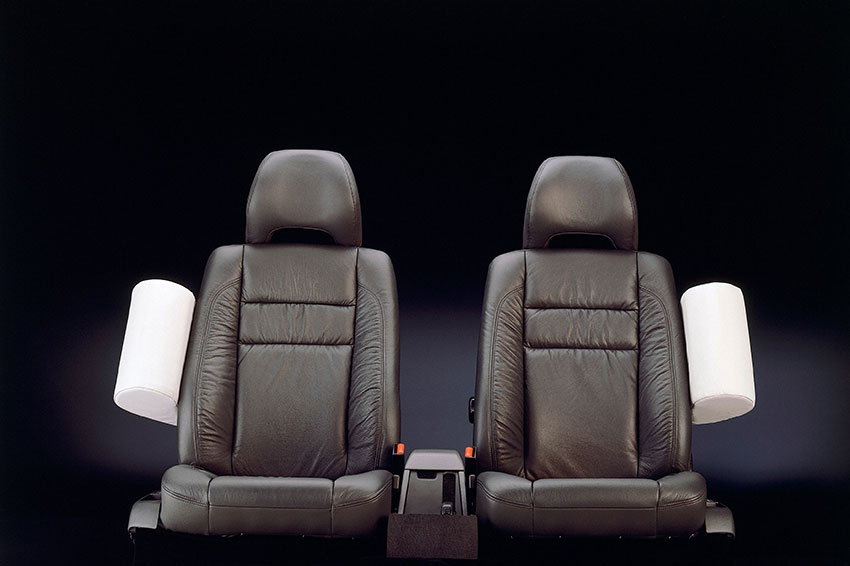 While safety systems often focused on protecting the car from a head-on collision, in the 1980s Volvo shifted their research focus to protecting passengers from side-on crashes. The side impact protection system uses reinforced seats, a stronger structure on the side of the vehicle and energy-absorbing materials. This system was enhanced in 1994 with the introduction of side airbags and then in 1998, the inflatable curtain took this feature to the next level, absorbing up to 75% of the energy generated when the head is thrown sideways. 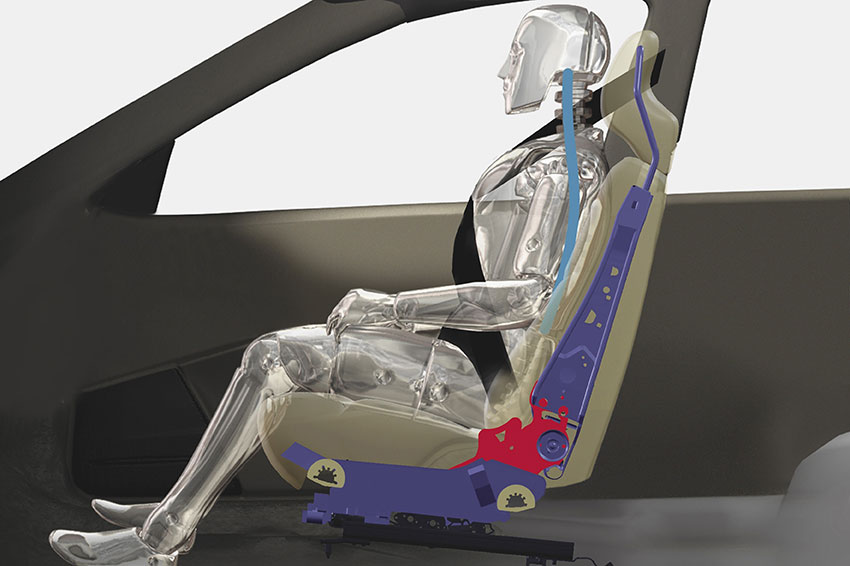 Studies found that women are more likely to suffer certain serious injuries than men. This includes whiplash, due to the different neck strengths between the average man and the average woman. This led to the creation of virtual crash-test dummies with models designed to help understand how accidents impact different people of different builds. This resulted in a whiplash protection system which uses a robust headrest and clever seat design to offer uniform support.

The city safety system was introduced in 2008 and uses laser detection to work out whether a collision is likely to take place with the car in front. If the driver doesn’t apply the brakes, the car will do so automatically. This followed research that showed in 50% of rear collisions, the driver behind doesn’t apply the brakes at all, meaning the new technology would make a huge difference. The use of automated braking continued in 2010 with a pedestrian detection system. This sounds an alarm when a pedestrian walks out in front of a car and the brakes are automatically applied if the driver fails to take action. 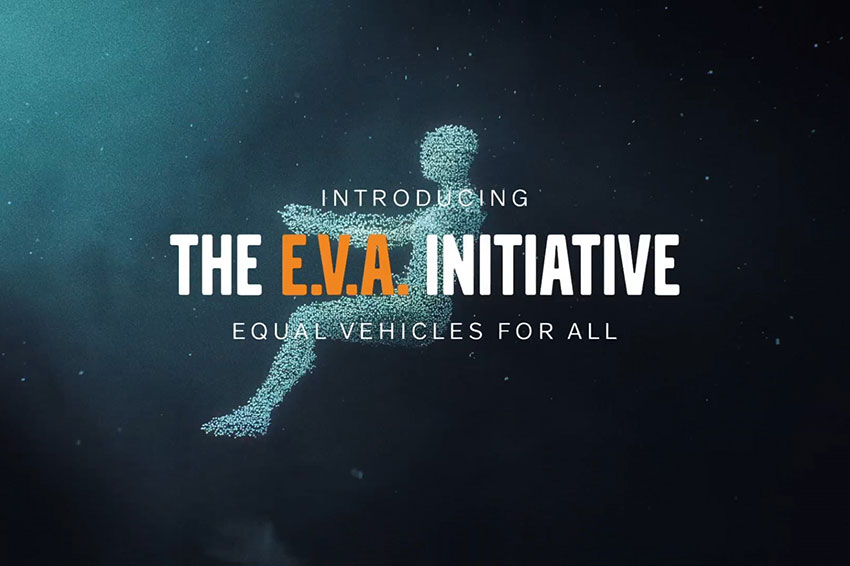 2019 sees Volvo celebrating 60 years of sharing their patent for the three-point seatbelt by opening up their archive of safety knowledge. Project EVA takes the form of a digital archive, open to everyone. The intention is that it will be used by the automotive industry to raise standards across the board and help protect all drivers.

Lotta Jakobsson, Professor and Senior Technical Specialist at the Volvo Cars Safety Centre said: ‘We have data on tens of thousands of real-life accidents, to help ensure our cars are as safe as they can be for what happens in real traffic. This means our cars are developed with the aim to protect all people, regardless of gender, height, shape or weight, beyond the 'average person' represented by crash test dummies.’

Vision 2020 is Volvo’s ambitious safety project with the aim of taking all risk of harm out of driving. By 2020, their aim is that no-one should be killed or seriously injured in a new Volvo. Using a data-driven approach, Volvo has identified three main barriers that are preventing total driver safety.

To begin to address these issues, Volvo will limit the top speed in cars to 180kph (112mph). This will come as the European Union begins to implement speed-limiting technology across the board. 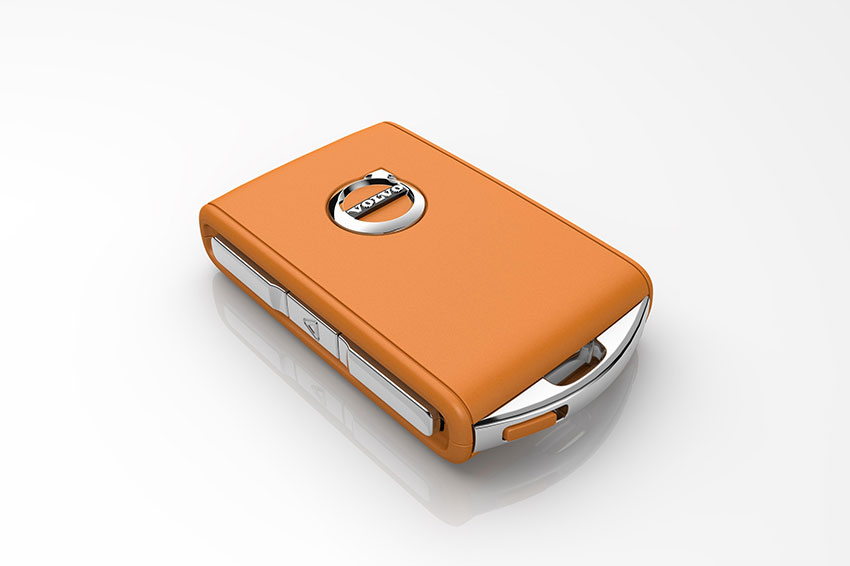 The Care Key puts drivers in control of their own limits. The driver can set a maximum speed limit for themselves or anyone else they may lend the car to. This could be particularly useful for new drivers and help create positive behaviour patterns for driving. This will be fitted as standard in new Volvo cars from 2021. 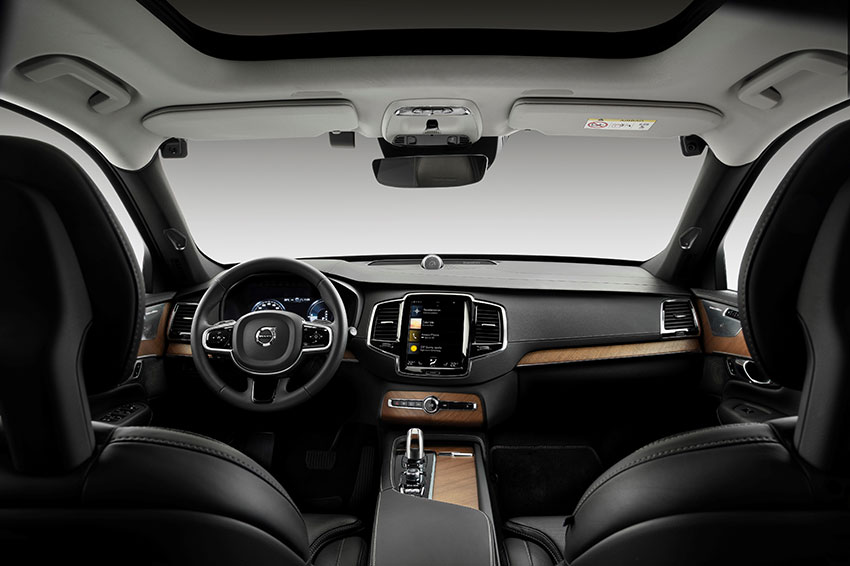 In-car cameras will be fitted to monitor driver behaviour. If someone is driving erratically or seems to be distracted, the car will sound warning signals to drivers or alert a Volvo On Call Assistant. As a last resort, the car will operate autonomously and slow down and pull in to a safe stop. Examples of behaviour that might result in setting the alarm would be a lack of steering input, weaving across lanes or the driver having their eyes closed or not focused on the road for a prolonged period of time.