Roundabouts: all you need to know

There are more than 10,000 roundabouts in the UK so here's all the facts from locations to signage. 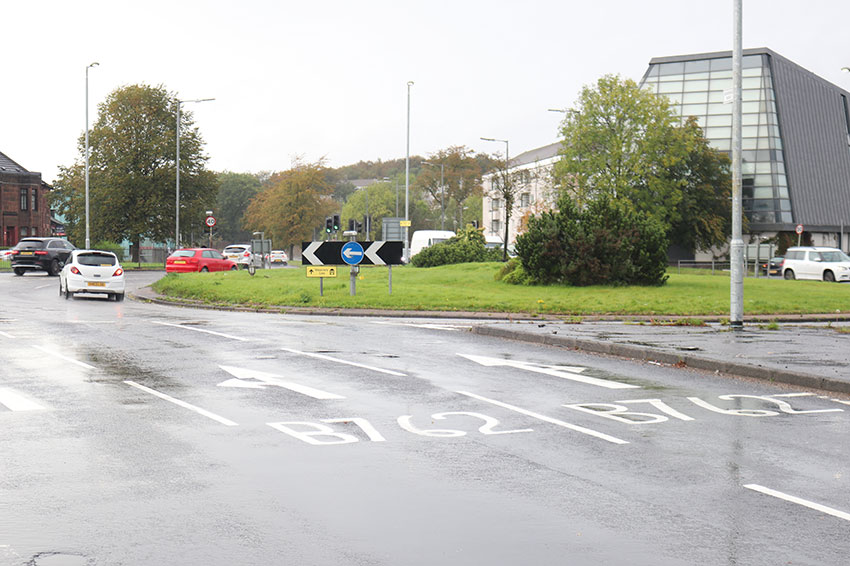 On most drives in the UK, you're likely to encounter a roundabout.

If you’ve been driving in Europe you may have done your best to avoid the anarchy of the Arc de Triomphe roundabout in Paris, a cobblestone cavalcade seemingly designed to strike fear into the would-be road user.

But the most important factor in our roundabout guide is what you should expect as a driver – so here’s everything you need to know about roundabouts.

There are more than 10,000 roundabouts in the UK, with towns such as Redditch in England and East Kilbride in Scotland well known for featuring dozens of them. There are even some sights to see amid the to-and-fro of roundabout traffic, from the metal-crafted geese of Dunbartonshire’s Stoneymollan roundabout, to the 14th-century Celtic cross nestled in the town centre roundabout of Campbeltown.

A common feature in the UK and Europe, there’s even a UK Roundabout Appreciation Society, documenting their layout and artistic design touches.

What do they do?

Roundabouts form an important bridge between one main highway and other minor roads, and if used properly, allow traffic to flow in a number of directions in an orderly fashion. On some particularly busy roundabouts, traffic lights will be installed at each entrance to allow a steadier flow of traffic.

What you should do…

On approach to a roundabout:

Look at the signage 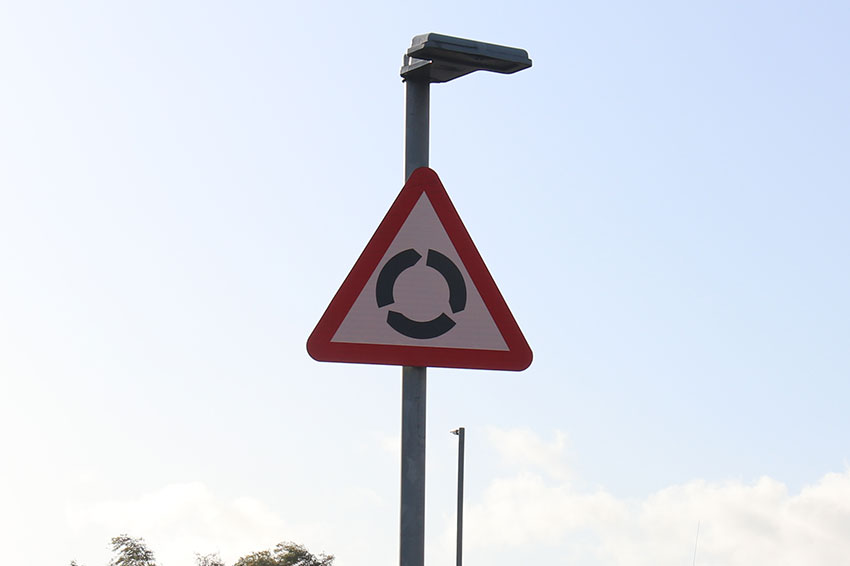 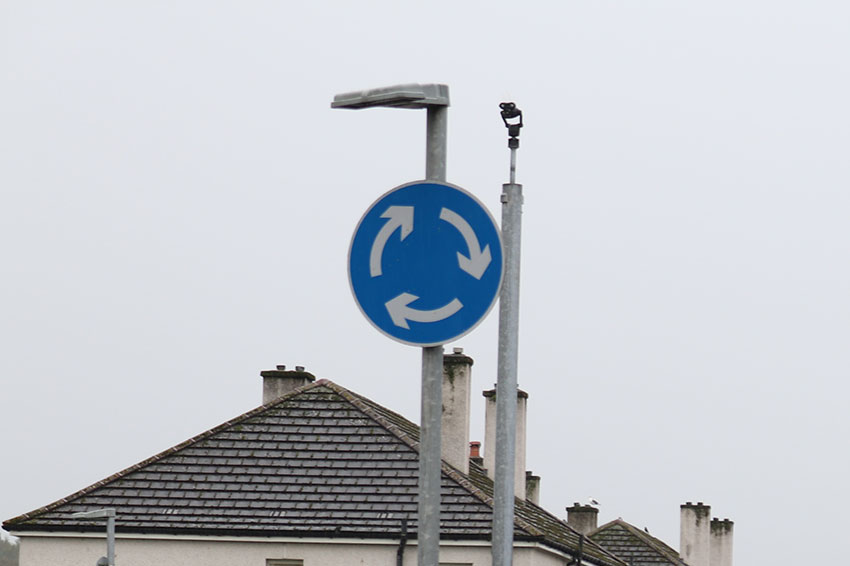 Both sets of arrows go in a clockwise direction, reflecting the flow of traffic.

You should also consider whether the roundabout has two or more lanes on approach, like the Edinburgh city bypass, or the many you encounter on travelling into major cities like Manchester and Liverpool. If it does, you need to be prepared to choose one of these, based on your destination, and get in lane. 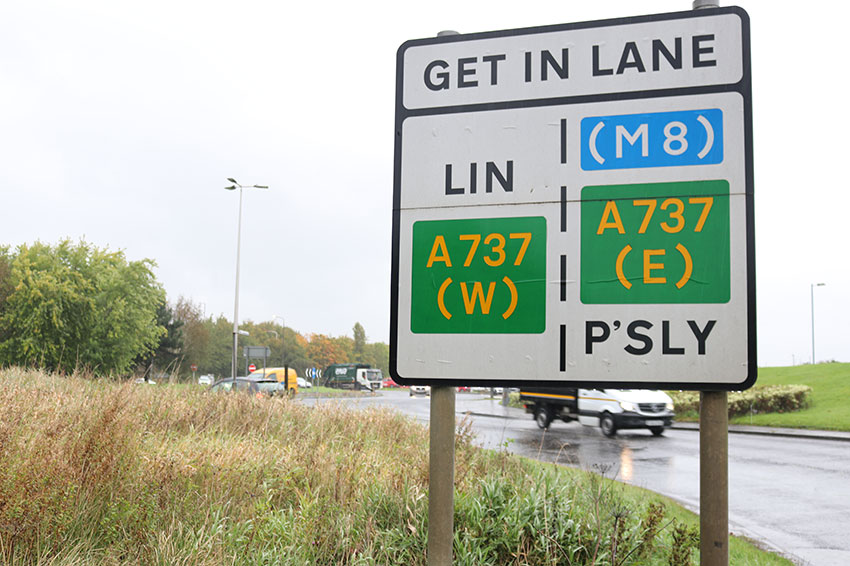 In this situation, or even if your roundabout approach only has one lane going in your direction, you should be taking the following steps: Mirror, Signal, Position, Speed, Look.

As well as these checks, pay heed to any other lanes at your roundabout entrance, and check your rear-view mirror for traffic around you.

These help you prepare for reaching the roundabout, where you may then encounter a white, inverted triangular sign with a red band around it, meaning you should stop and give way to traffic on the right-hand side. There may be painted signs on the road surface saying ‘SLOW’, too, or a series of subtly raised parallel bands across the road, designed to make you aware of your speed as you drive over them.

Especially busy or inner-city roundabouts may be controlled by traffic lights, so you’ll need to be ready to slow down in reaction to an amber light, and to come to a stop if it’s red. 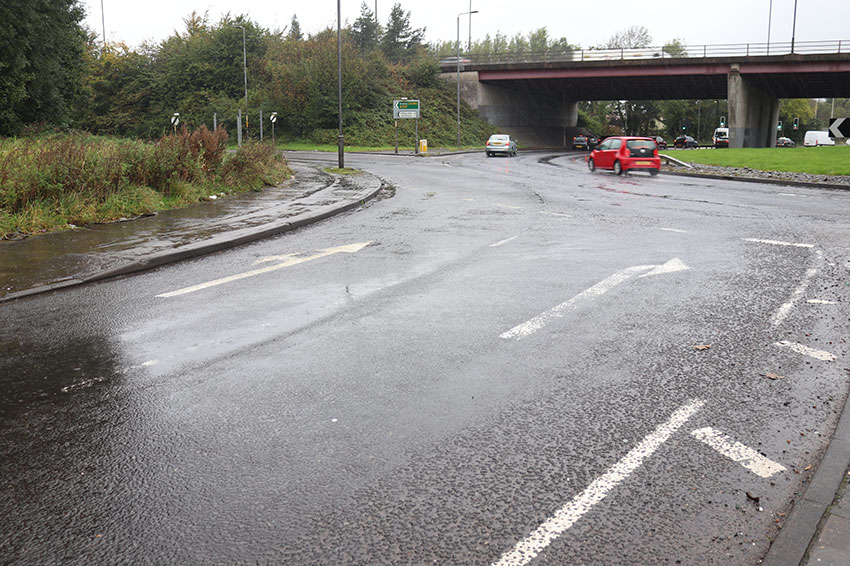 Apart from the markings telling you what lane you should be in to get to your chosen destination, you will sometimes encounter white lines marked on the road, coming from the centre of the roundabout. You shouldn’t drive over these; they are designed to guide vehicles along in their correct lane, and protect drivers’ right-hand side when turning right on the furthest inside lane. 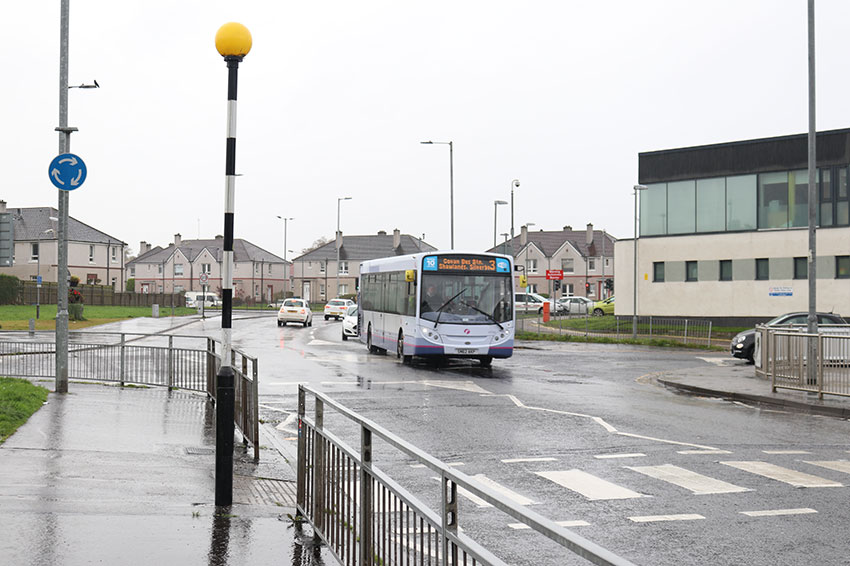 Their scale is different, but the same road rules apply for mini roundabouts; give way to the right, and look both ways to check for traffic. And as before, manage your speed and be prepared to stop should another vehicle suddenly approach from your right-hand side.

And while you’re not going to cut across the green spaces of large primary-route roundabouts, you can drive over the ‘hump’ at the centre of the mini-roundabout if there are vehicles parked in a location that prevents you from manoeuvring around it. 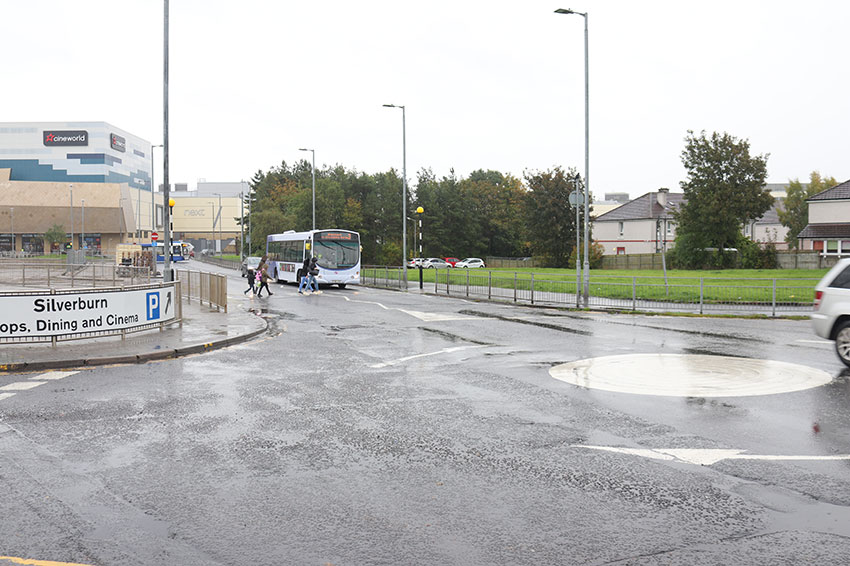 Some roundabout entrances and exits feature pedestrian crossings, where you will be required to give way for pedestrians. Be especially careful when approaching these, as there could be young children and families or elderly people, who are crossing the roads at different walking paces.

Be alert, but assertive; if there’s a safe opportunity to enter the roundabout, then set off, provided you’re not going to cause any other drivers to slow down, stop, or veer away to avoid you. From there, you’ll want to position yourself in the correct lane, while being mindful of any traffic lights. Other road users might even want to switch onto your lane within the roundabout, so be alert to any indicators flashing, and if it’s safe to do so, be courteous and let them in.

Our complete guide to pedestrian crossings

John has been a roundabout enthusiast for more than a decade and has a collection of more than 63 photos.