Jim McGill gets to grips with Volvo’s mild hybrid. 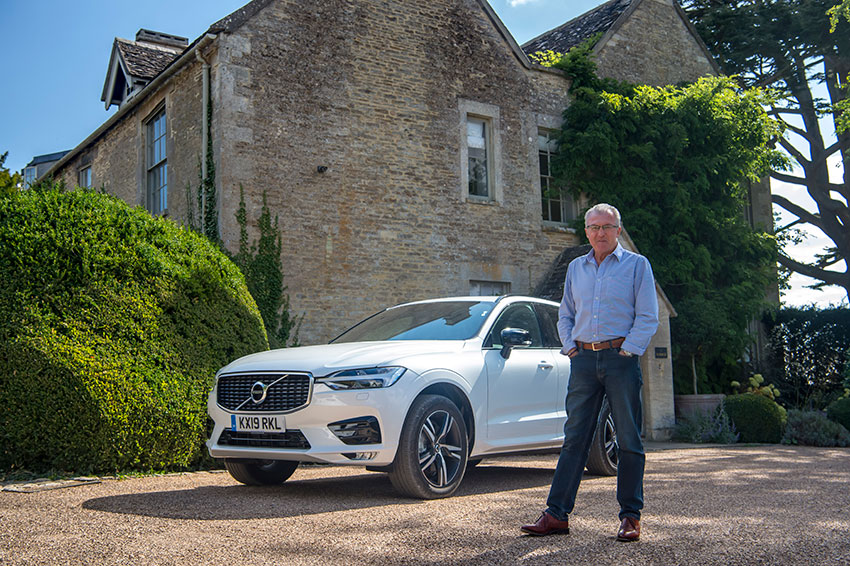 Jim McGill with the Volvo XC60 B4 Diesel.

Just over two years ago, Volvo Cars’ President and Chief Executive Hakan Samuelsson announced that all new Volvo models from 2019 would enjoy some form of electric propulsion. Of course, the announcement understandably grabbed global headlines.

Did this mean the end of combustion-engined Volvos? Of course not. Those interested enough to drill down into the details of the Swedish carmaker’s announcement revealed the ‘some form of electric propulsion’, referred to either hybrids — which will retain a conventional petrol or diesel engine — or as purely electric models.

Depending on customer demand, when this current generation of models reaches the end of its cycle in the mid-2020s, then the last ever Volvo car with a petrol or diesel motor could roll off the production lines, possibly coinciding with Volvo’s centenary year of 2027. Now, wouldn’t that be timely?

Ahead of that, Volvo has indeed recently unveiled its first all-electric car, the XC40 Recharge. Samuelsson billed the XC40 — which will have an all-electric range of around 250-miles — as the first vehicle in a line-up of Recharge-branded EVs that will help the company achieve its plan to phase out petrol-powered vehicles. 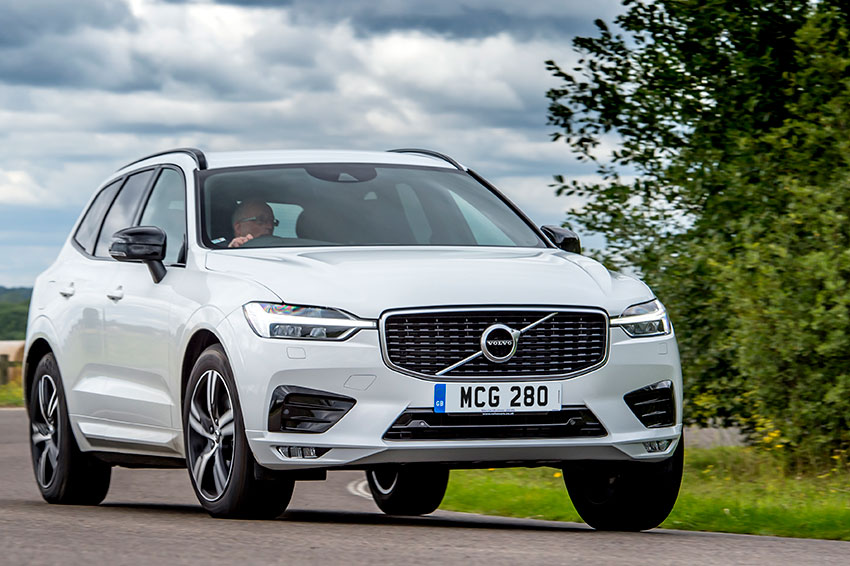 But as we all know, the glacially-paced slide towards electric vehicles continues: only around 2% of new cars purchased in the UK are EVs. However, what has captured the interest of buyers is manufacturers’ rapidly accelerating introduction of mild hybrid technology to their combustion engines. Volvo now has the new tech in a number of models across its range. So we thought it made sense to drive the mild hybrid version of one of its mainstays; the family-friendly XC60, with its new B4 powerplant.

Right, mild hybrid technology. What exactly is it? Essentially, it’s a 48-volt electrical system, KERS energy recovery and an integrated starter-generator. This combo turns what was once a plain internal combustion SUV into one that is now classified as a mild hybrid.

And what does it do? It recuperates otherwise-lost kinetic energy from the brakes and general momentum, stores it in the battery and then uses that energy to supplement the XC60 B4's acceleration, while similarly powering some ancillaries like the headlights and audio system.

Almost sounds too good to be true! 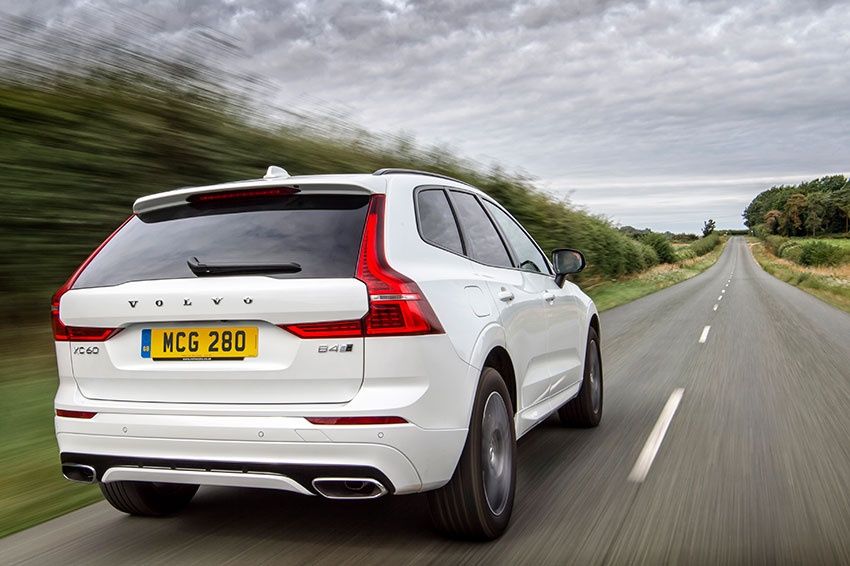 Ah yes, so far so good. All very green and environmentally friendly. But there is something of an elephant in the room. The mild hybrid tech is mated to a 2.0-litre diesel engine.

Is that such a bad thing? Personally, I don’t think so. Let’s be honest, it’s going to take years for any car manufacturer to replace its full range of combustion engines and go all-electric, if, indeed, the world’s electrical infrastructure will ever be in a position to cope with the never-ending demand. But that’s a debate for another time.

The tried-and-tested combo of diesel torque grunt and SUVs has always been the perfect partnership. That relationship in the XC60 B4 mild-hybrid continues; only now it has the addition of a little electrical help.

Sure does. The tech will rapidly spread to petrol models across the Volvo world and its aim, certainly with the diesels, is to improve fuel economy while simultaneously reducing pollutants such as NOx. Hats off to Volvo for that.

Fuel economy for the XC60 B4 is 46.3mpg combined on the new WLTP cycle, with CO2 emissions of 142g/km. The mild hybrid adds 7bhp to the diesel engine — compared to its previous D4 form — raising it to 197bhp, plus there’s an additional 20Nm of torque, increasing grunt to 420Nm.

How does mild hybrid affect the driving?

The big question, of course is, does it make any difference to the driving experience? The answer is yes; but very subtly. There’s no denying the car feels brisker, from a static take-off as well as when overtaking at mid-range speeds. There’s a new-found perkiness to the delivery, clearly enhanced by the mild hybrid. Thankfully, handling remains just as poised and relaxed as previous XC60s. 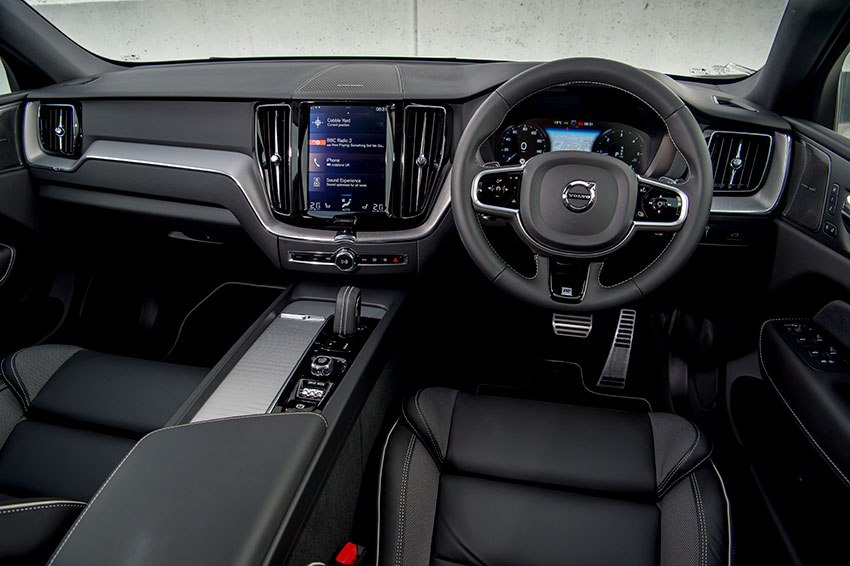 And any other changes to the XC60?

Nope. Apart from the new tech concealed under the bonnet, and new badging — B4 replacing D4, B5 replacing D5 etc — Volvo’s award-winning XC60 remains pretty well unchanged. Just as well: why reinvent the wheel when you already have a cracking piece of kit?

I certainly love its chunky external looks, and the ‘Thor’ headlights are brilliant. Inside the spacious cabin — no matter what spec you choose, there’s an air of Scandinavian serenity and — dare I use the word — wellbeing. Well, that is until the three kids in the back start squabbling over who’s watching what on their iPad.

And there’s loads of storage space. In the cabin there’s a central cubby, lockable glovebox, deep door pockets, covered trays, cup holders and nets in the seatbacks. Open the powered boot — which has a nice wide opening and a flat lip — and you’ll find hooks and nets to prevent items rolling around. The boot has a storage capacity that ranges from 483 litres to 1410 litres with the 60:40 split-folding rear seats dropped flat. 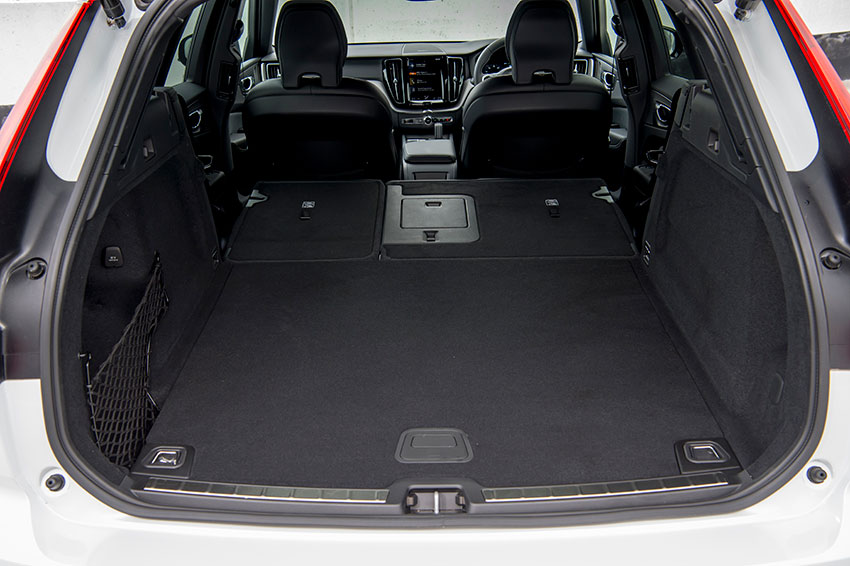 But it’s not all about mild hybrid…

The XC60 range is extensive. All engines are 2.0-litre, four-cylinder units with D4, B4 and B5 diesels available, along with T4, T5 and T6 petrol units. There are also T8 Twin Engine and T8 Twin Engine Polestar Engineered plug-in hybrids which combine a potent petrol engine with an electric motor.

And then there are the trim levels. Buyers can choose from three main specs — Momentum, R-Design and Inscription — all of which can also be specified in Pro form. This adds even more desirable equipment to the mix.

Of course, it’s a Volvo, so it’s packed to the rafters with all the most up-to-date safety equipment, including Steering Support, which automatically provides steering input in an emergency to help avoid potential collisions, Oncoming Collision Mitigation, which uses a radar and camera and reacts at speeds between 37 and 87mph to prevent a head-on collision, and Blind Spot Information System with Steer Assist, which also operates between 37 and 87mph, and automatically helps to steer the car back into its own lane and away from any vehicles in your blind spot.

So confident is Volvo in its safety that it has introduced its Vision 2020 scheme. The company has set a target whereby no-one will be killed or seriously injured in a new Volvo car by 2020.

The range starts at £38,715 for the diesel D4 front-wheel-drive model in Momentum trim and rises to £64,545 for the Polestar engineered T8 Twin Engine AWD automatic version. Our test car – the XC60 B4 diesel AWD R-Design – was priced at £43,035, but swelled to £47,260 with the addition of a number of option packs and extra goodies.

There’s a simple reason the Volvo XC60 has won a significant number of awards, including being crowned World Car of the Year 2018. It’s brilliant. And now with the addition of mild hybrid technology, the world, and Volvo, has become even better. 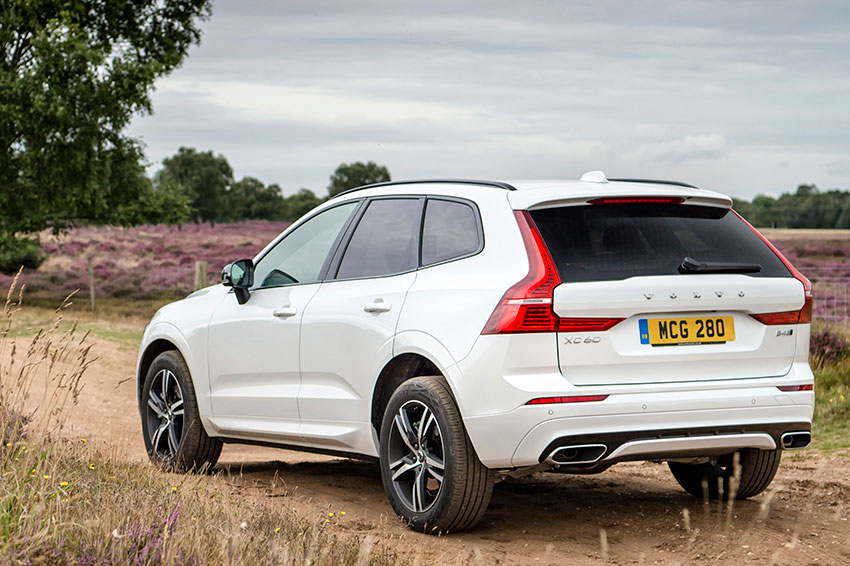