With no Geneva, there were plenty of global unveilings of at the exclusive Salon Privé event. 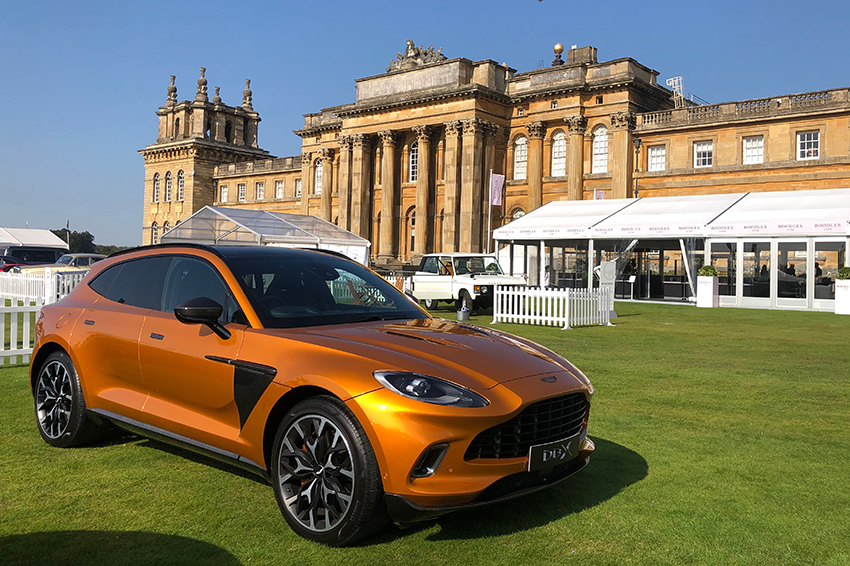 A spiffing day out at Salon Privé.

Supercars, hypercars, world and European premiers; they’re all usually the focus of a massive, featureless exhibition centre in a freezing cold, snowy Geneva in early March.

Thankfully, as a direct result of COVID-19, and with the Geneva Motor Show cancelled, this year a number of those premieres took place on the beautifully manicured South Lawn of Blenheim Palace.

Under cloudless blue skies, with the thermometers easing into the mid-20s and journalists slapping on the sunscreen as the late September sun beat down, the 15th consecutive Salon Privé hosted to a mix of iconic cars of the past, mixed with stunning new hypercars.

Such has been the growth of the event that for the first time it held a dedicated Media Day. Not surprising really, given there were 21 new models launched, including six World Premiers.

There’s no denying the backdrop of the majestic Blenheim Palace and its breathtaking grounds would be appealing to anyone — as thousands of tourists who annually flock through the gates — would testify. But throw in access to some of the world’s most stunning and rare cars, especially towards the end of a year in which such events have been near non-existent, and it’s enough to have even the most resolute motoring hack salivating. 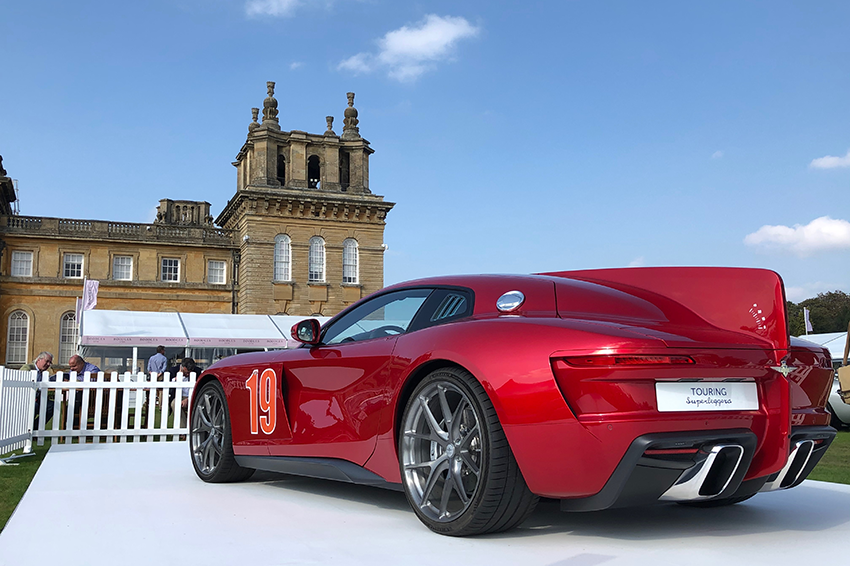 Star of the show for me, and it was a close call, was the 740bhp, V12-powered Touring Superleggera Aero 3. Ok, yes, it’s Italian, and the Show Car did boast a gorgeous Stratosphere Red livery inspired by the Alfa Romeo 8C 2900B LM Coupé Berlinetta Aerodinamica that raced at Le Mans in 1938, but boy did it look good. Such is the bespoke nature of these cars — to be honest, they’re more works of art — that the sculpted bootspace was filled by two period leather crash helmets in honour of the Italian and French drivers in ’38, Clemente Biondetti and Raymond Sommer.

The duo never won the race. Though they led by 160km, their race ended prematurely when the Alfa suffered tyre trouble and then a dropped valve. But that’s another story.

The car which, in my opinion, ran the Aero 3 close in terms of my ‘pick of the show’, was the bonkingly mad, stupendously styled, eye-wateringly-powered 1110bhp Zenvo TSR-S. 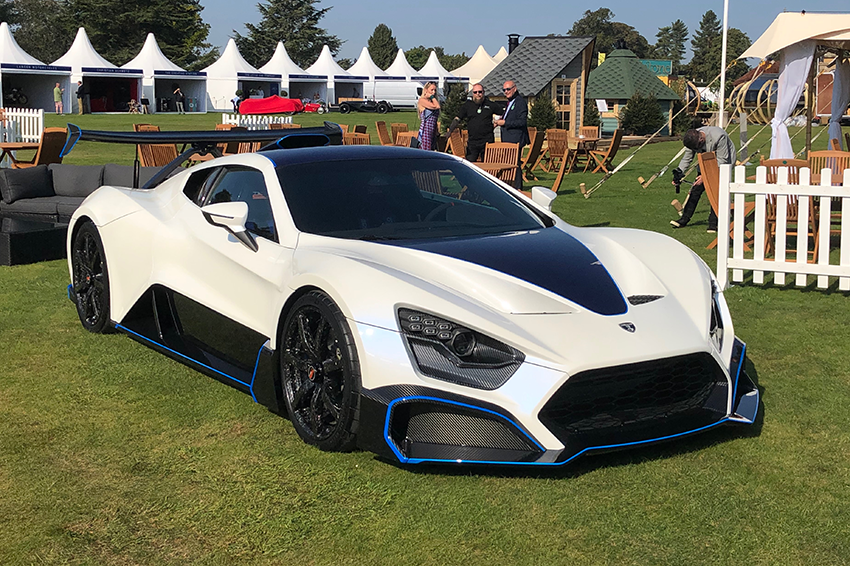 Based in Praesto, on the Danish island of Zealand, close to Copenhagen, Zenvo will hand-build just five of these cars a year; each costing €1.4 million, before taxes.

Power from the 5.8-litre V8, with twin superchargers, is fed to the rear wheels via a seven-speed sequential transmission. Zenvo claims a 2.8-second 0-62mph time and 0-124mph in 6.8s.

But the bit that really got me was this. Here’s a clue: guess what the final ’S’ stands for in TSR-S? Speed? No. Sexy? No. The answer? Street legal. I kid you not. You could legally drive the TSR-S down to the pub. Quite whether you’d ever want to of course, is another thing entirely.

So, what else was on show? Well, Bentley brought a trio of global premieres courtesy of its in-house bespoke and personal commissioning division, Bentley Mulliner.

In addition to its Coachbuilt division showing is first car, the hand-built Bentley Mulliner Bacalar — of which only 12 will be built, and all are already sold — there was the brand-new Continental GT Mulliner coupe.

But the star was the stunning result of its 12-month restoration of Bentley’s own ‘Blower’. The 1929 Team Blower — which famously raced at Le Mans —will also be reborn with a new build of 12 supercharged 4.5-litre examples of the iconic car.

Rolls-Royce gave its new Ghost its first public airing. Powered by a 6.75-litre twin-turbo V12, it replaces the most successful product in the company’s 116-year history and reflects Sir Henry Royce’s famous edict to ‘Take the best that exists and make it better’. 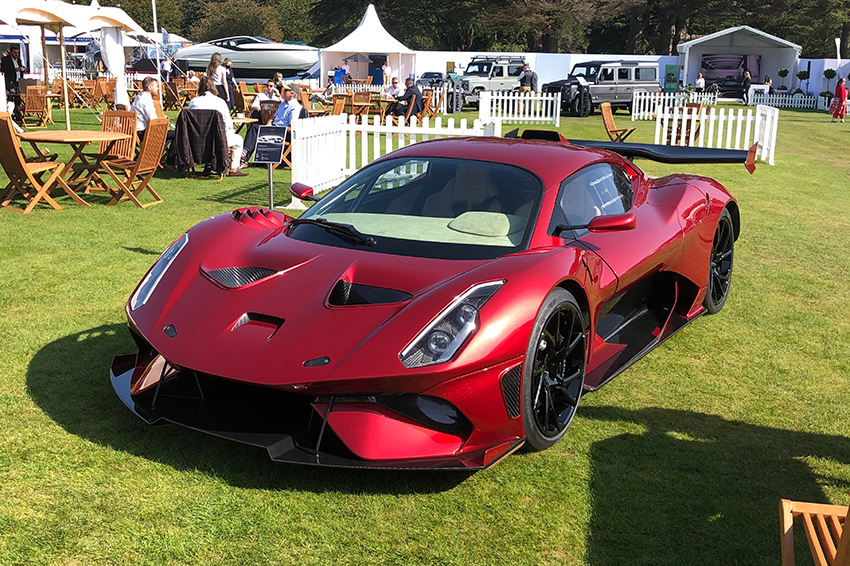 McLaren showcased its 765LT, which is yet to be launched, but is based on the 720S and is lighter, lower and features a more aggressive aerodynamics package. Plus there was the new four-seat, 1700bhp Koenigsegg Gemera. Oh, and the 700bhp, 5.4-litre V8 Brabham BT62 also turned a lot of heads.

Japan’s first fully electric hypercar, the £2.5 million Aspark Owl, was another which caught the eye. Limited to just 50 cars, with each one being fully customisable and built in Turin in collaboration with Manifattura Automobili Torino, the Owl can cover 0-60mph in something close to real life warp speed: 1.62-seconds. (It’s ok Trekkies, I know Star Trek warp speed is actually about 186,282 miles per second, but you get the gist!) 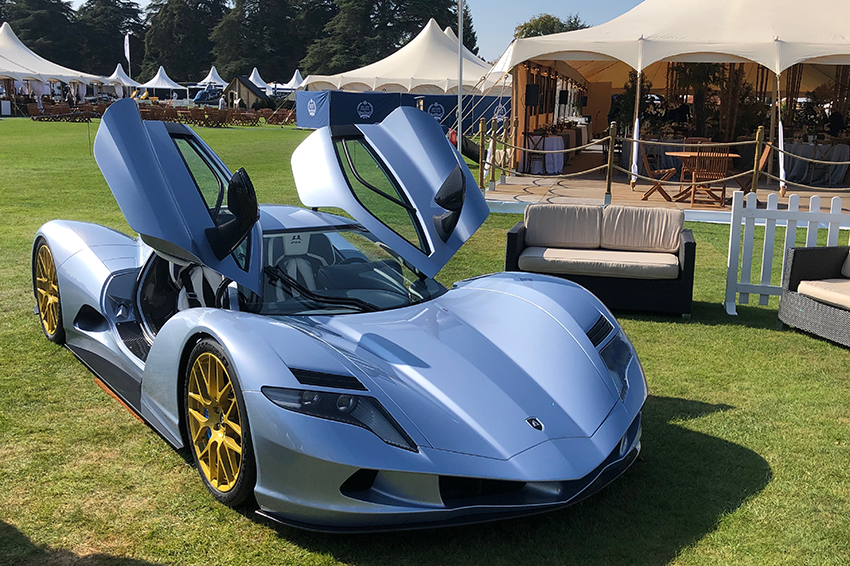 The Owl generates 1985bhp from four electric motors — which is almost twice the power of a Formula 1 car — and is coupled with a “unique” battery pack for a claimed range of up to 280 miles. The powertrain also generates around 1475lb/ft of torque, with the motors rotating at up to 15,000rpm. Top speed is a quoted 249mph. 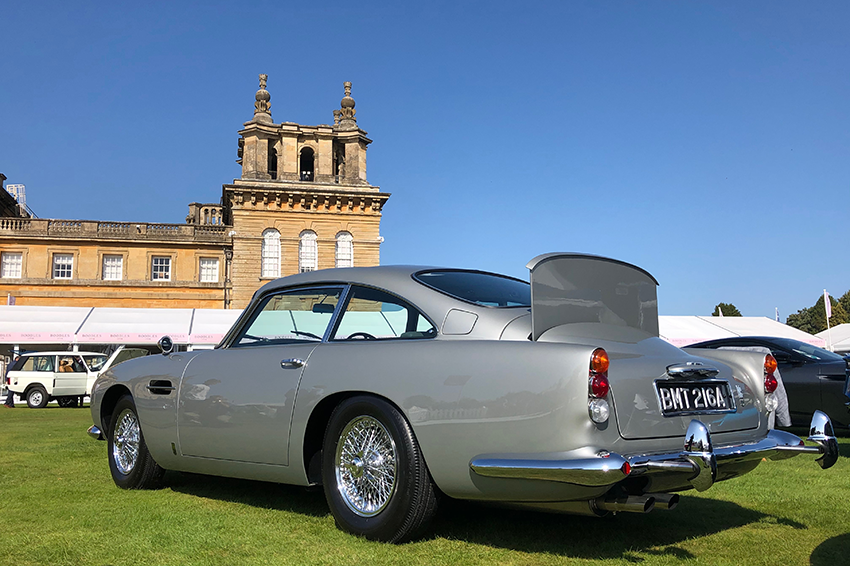 Of a more sedate nature, but equally expensive — £2.75 million — was Aston Martin’s production-ready version of its new DB5 Goldfinger. A continuation replica of the original 1963 sports car, it comes complete with similar gadgets and weaponry to the DB5 used by James Bond in the film — and that means oil-slick dispensers, machine guns, tyre slashers, and yes, a button for the ejector seat. 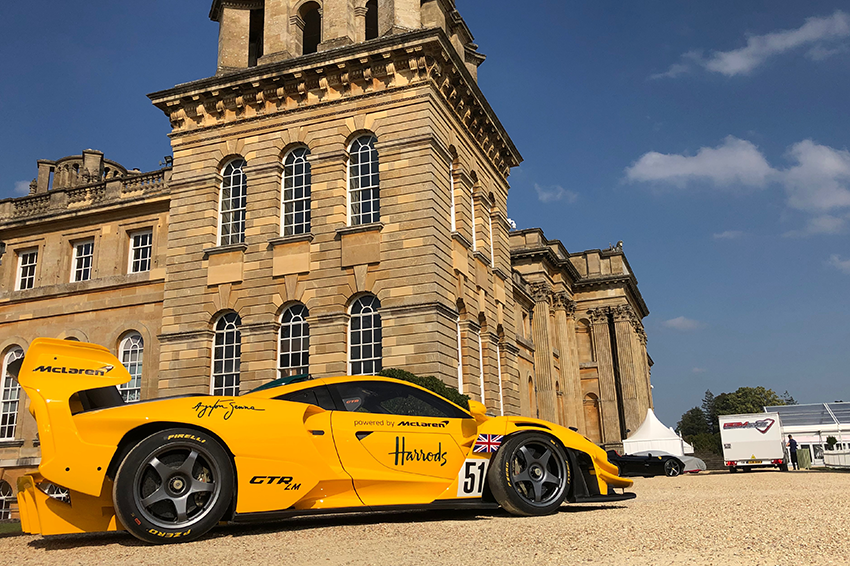 Motorsport was also represented. A very limited run of five McLaren Senna GTR LMs has been built to celebrate its 1995 Le Mans win, with each one finished in a different livery in tribute to the GTRs that finished first, third, fourth, fifth and thirteenth at La Sarthe. The car which was at Blenheim Palace is finished in the iconic Harrods colours of the third-placed GTR, which was raced by Andy Wallace, Derek Bell and Derek’s son Justin. The hand-painted colour scheme on the Senna GTR LM took more than 800 hours to apply.

Of course, Salon Privé wouldn’t be the same without its ‘characters’. Always guaranteed to deliver their own splash of colour, there were a number of men with the ‘must-have’ floppy hair swept back from their forehead, dressed in white blazers and linen trousers, loafers and the obligatory no socks.

Then there was the guy from a national men’s lifestyle magazine — which will remain confidential — resplendent in his Panama hat, heavy tweed jacket, mustard-coloured cords and brogues. Chatting rather loudly — as the type always do — to colleagues within whispering distance, he regaled them with the fact: ‘God no, I don’t write about cars. I’ll just write something about what we have for lunch.’

And of course, there were Influencers! Bless ‘em: there were three young guys who looked as though they weren’t long out of school shorts.

Happy as six-week-old puppies, as they videoed the unveiling of the Superleggera one turned to the other two and said: ‘Look guys, can you believe where we are now? Taking videos of Ferraris, Bugattis, Bentleys, and all these supercars. But have you seen the menu for lunch … there’s Champagne!’ 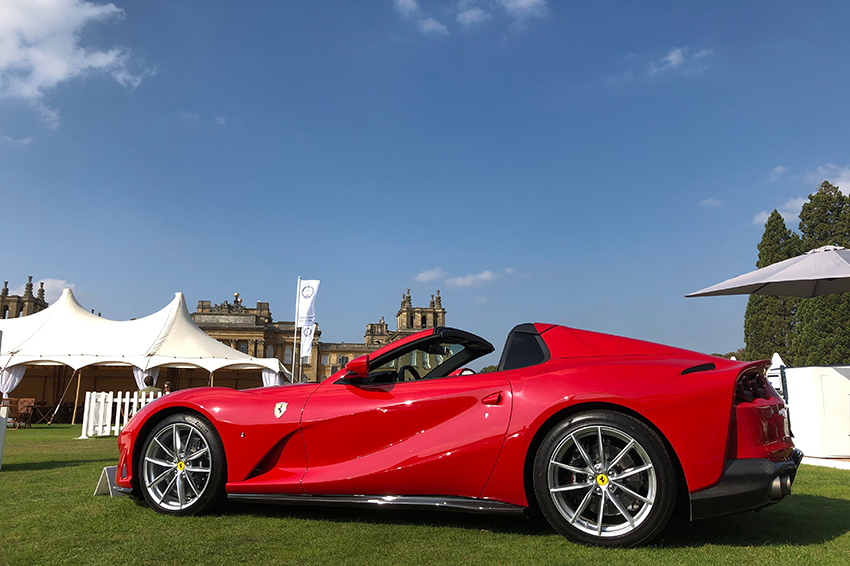 Salon Privé is certainly a marvellous event. And the decision to hold a standalone, dedicated Media Day, rather than, as in the past, simply having journos ‘mixing with the public’, was a great decision. And it was blessed by stunning weather; 24-hours later, it was monsoon conditions!

In this world of COVID, safety protocols were super-efficient, with a track and trace app, plus everyone being temperature-checked as they entered. Masks were compulsory for the pre-lunch unveils in the morning, though as the crowds eased in the afternoon, thankfully social-distancing allowed for their removal – and the ability to breath fresh air.