Tim Barnes-Clay takes the latest Honda Civic Type R out for a spin and finds out if this hot hatch lives up to its reputation. 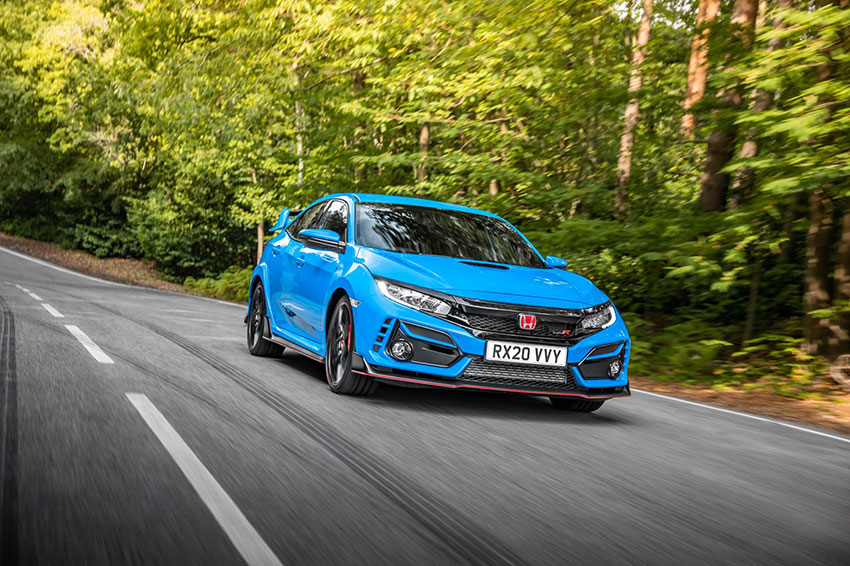 The Honda Civic on the road.

Honda has finally expanded the allure of the Civic Type R line up with the ushering in of a couple of alternatives – the Sport Line and the Limited Edition. Each variant offers a different take on the customary Type R GT, further widening the appeal of the Japanese automaker’s prize-winning hatch.

The Limited Edition version is the most hardcore Type R up to now. It’s made for the track, with a stripped-back cabin and lightweight parts, both of which play a role in the car’s 47kg weight loss. The model also boasts progressive styling and improved driving dynamics. But be quick if you want one – only one hundred models of the flagship variant will be offered in Europe. 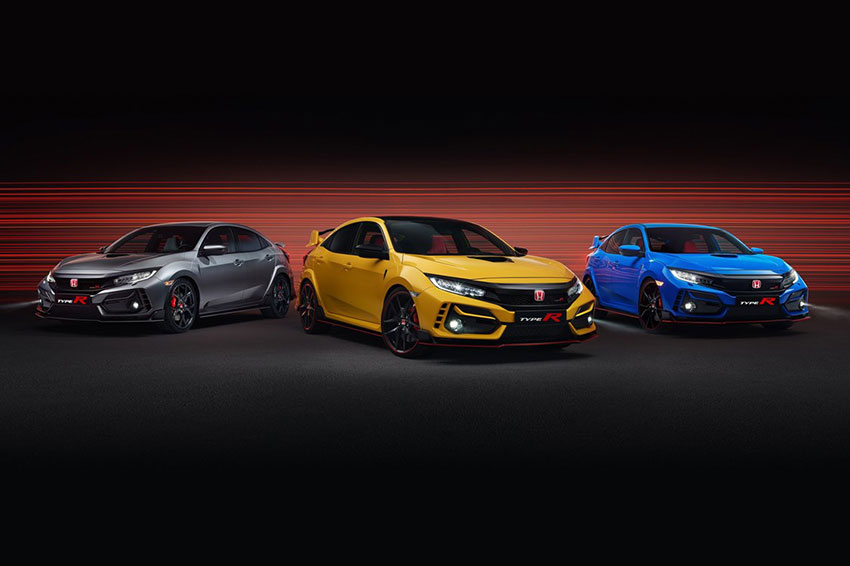 The next addition to the Type R series is the Sport Line grade. This has been built to appeal to drivers who want a less in-your-face hot hatch, but who still want the performance that is a hallmark of Type R machines. The Sport Line wears a low rear spoiler instead of the usual high-level one, and is equipped with 19-inch alloys.

Each edition in the improved Type R series maintains the heritage of Honda’s high-octane hatchback pedigree, merging hard-hitting design and perfected aerodynamics with the dynamism of front-wheel drive.

All cars in the extended Type R squad, including the regular Type R GT, receive a bunch of enhancements. A more prominent grille, LED daytime running lights and headlight clusters help to give a neater visual effect. The suspension has also been modernised for a sharper steering feel and more alert handling. For enriched stopping power, the rejuvenated Type R boasts an improved braking system with new brake pads and floating front brake discs.

The hot hatch is now also fitted with Active Sound Control (ASC), which contains distinct modes for the car’s Sport, +R and Comfort driving settings. It works to boost the engine sound during forceful driving.

Inside, all Type Rs ooze a modern, simple and sleek aesthetic to match the chiselled, high tech exterior. This is accomplished with parallel lines that emphasise the feeling of length and width, and therefore roominess. 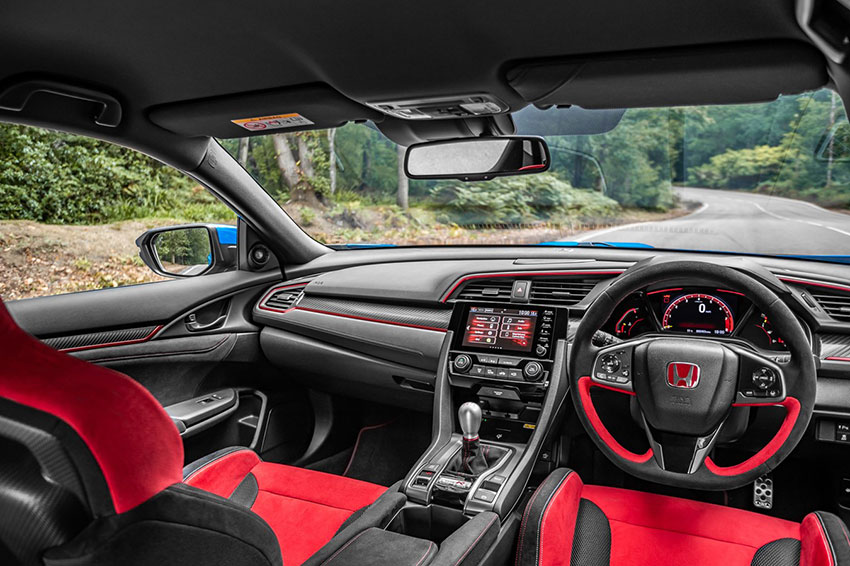 Honda has also revised the climate controls and infotainment system by inserting physical dials and buttons for optimum functionality and usability. What’s more, a wireless charging pad is now fitted, and a colour touchscreen offers smartphone integration via Android Auto and Apple CarPlay.

In addition, the instrument display arrangement boasts vivid clarity, with an LCD screen making up the most significant portion of the driver’s binnacle. This interface contains virtual gauges as well as a diverse array of function readouts.

Furthermore, a performance data logger is now part of the Civic Type R kit list. Called the Honda LogR, the system unites the Civic’s onboard sensors and computer with a smartphone app that enables you to record and monitor different performance factors. It also helps heighten your driving skills through an algorithm to produce a driving tally. With access to the car’s onboard computer, the LogR can provide much greater detail than external performance apps. Moreover, its ability to give a driving score further distinguishes it from other rival offerings.

But what’s the newest Type R like on the track and road? Well, the 2020 model is an outright supercar. Sure, it’s a hot hatch, but it is probably the most pleasing one out there – in terms of image, clout and looks.

The latest version blows you away – the model is crouched so low to the blacktop that you swear it’s slurping up bitumen for breakfast.

The Type R holds on to the same 320ps 2.0-litre VTEC Turbo engine, and the bolt action rifle-esque six-speed manual box has been enhanced thanks to a rev match control unit. This ensures the car keeps on giving when it comes to driver gratification. Now, it might seem weird, but the sizzling Civic has also got a Comfort button as well as Sport and +R settings. This is to give you some respite from the taut suspension and snarling drive.

But if you’re anything like me, you might want to burn around every day in +R mode. Sport is astounding, but +R is the one to toggle to when you’re either on a track or in a racing frame of mind. 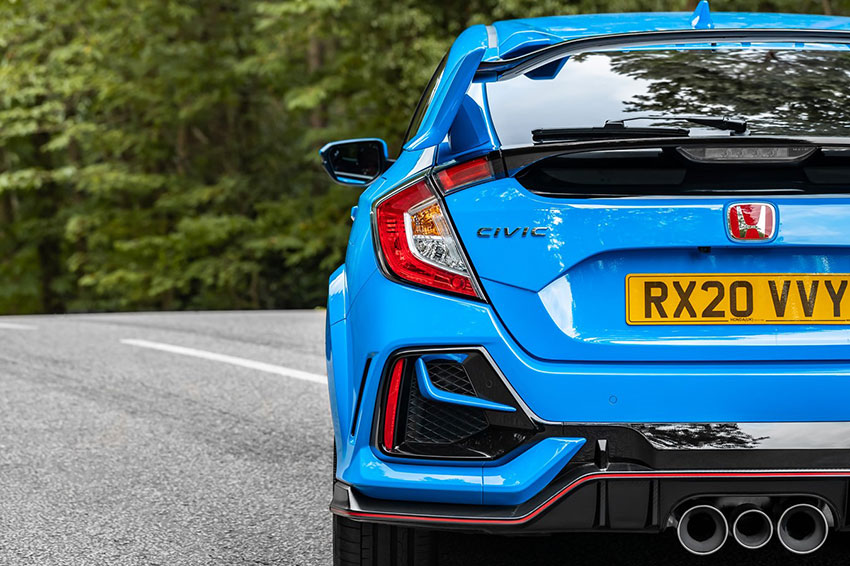 But whether you’re on tarmac or track, the cutting-edge Type R renders you speechless with its standstill to 62mph time of 5.8 seconds. The front-wheel-drive Civic’s steering is razor sharp, and the feedback is bang on. This means it’s easy to gauge the amount of traction left on the tyres. It inspires stacks of confidence, especially when nose-diving into a bend. The hatch never rolls, and the strong brakes are comforting, shaving off pace in the blink of an eye.

The driving position is just right, too. And as for the high-backed sports seats, they’re comfier than they look. They hold you firmly in place in corners when your brain is off-centre inside your skull.

Even though the 2020 Type R is full of red-hot power, it’s still a practical hatch, with a spacious boot and five doors. Cargo capacity is 420 litres, and the compartment features a removable and side-sliding tonneau cover. Loading long, wide and heavy items is made easier due to a low boot sill height, 60:40 split rear seats and a broad boot aperture.

I was genuinely disappointed to have only a day with the car, and I can’t wait to try it out for longer. I’ll just have to find a track to take the Type R out on – but at least we’re not short of those in the UK! 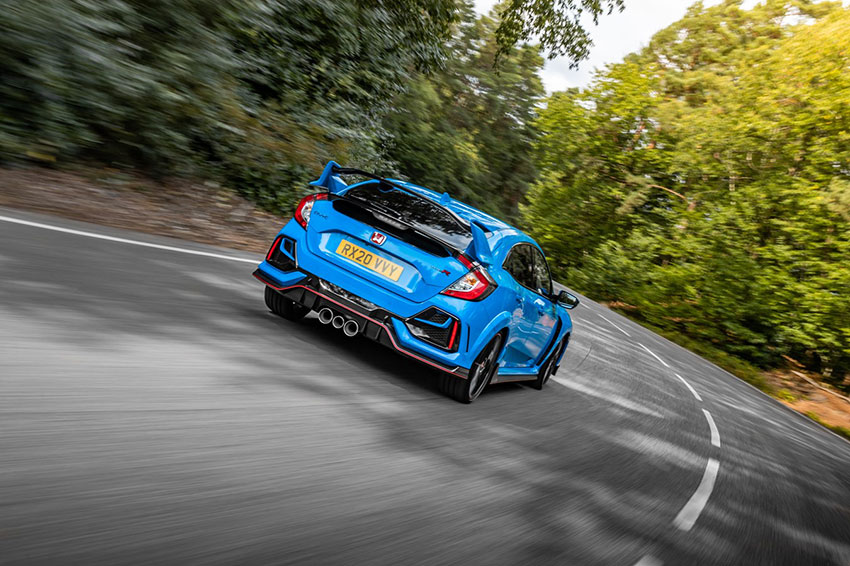