From road bikes and rally cars to the world-famous models we know today, learn all about Peugeot, the brand with the lion badge. 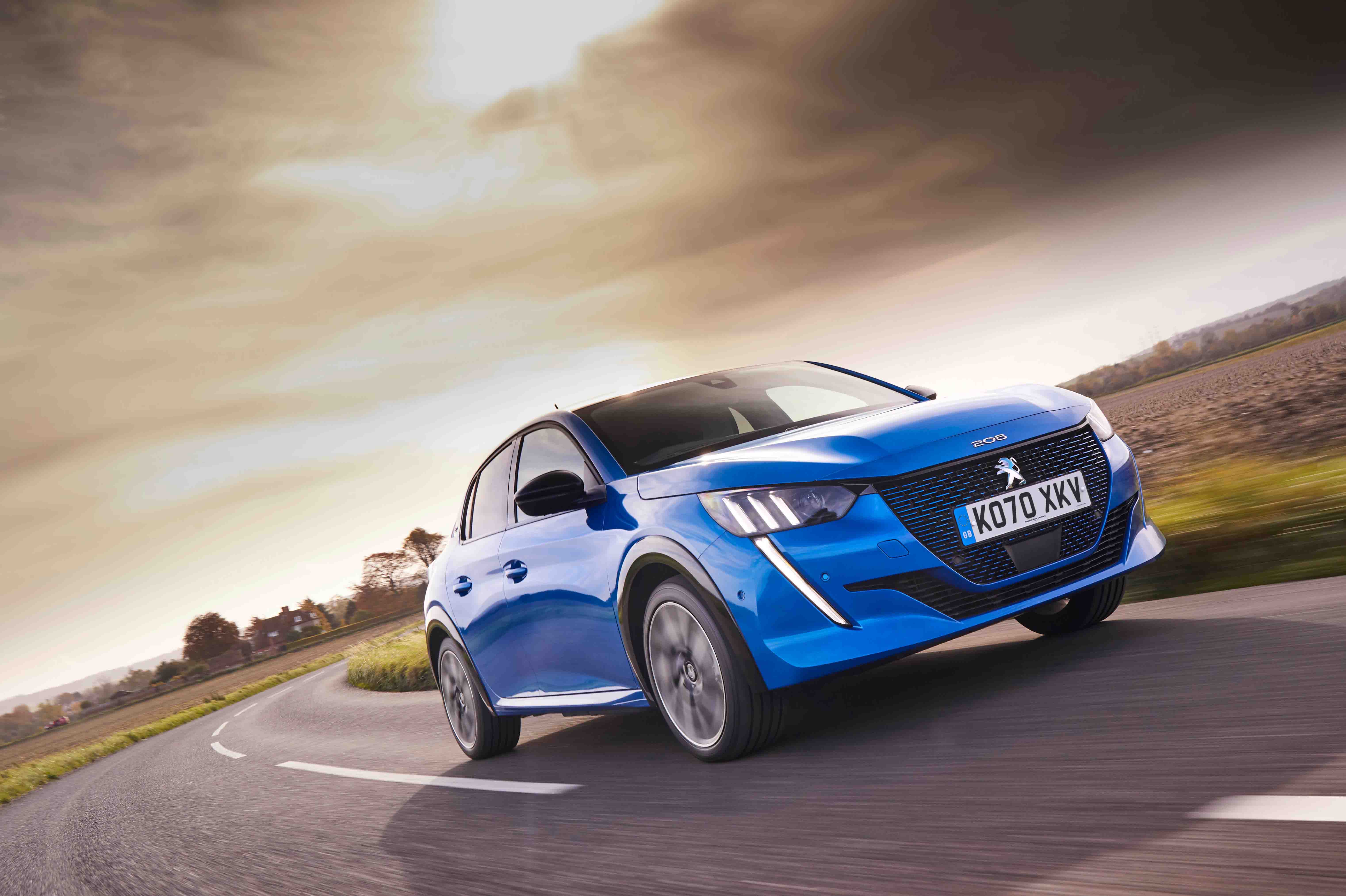 While we associate Peugeot in the modern day with innovation and fearless design, as well as top-performing vehicles which span the genres from the stable family car driver to the dynamic and daring track racer, the history of Peugeot dates from 1810 – meaning it’s almost as old as the French Republic itself – and even more impressively, its true origins hark back even further. While the company started life in the town of Sochaux as ‘Peugeot Frères’, or Peugeot Brothers, founded by siblings Jean-Pierre II and Jean-Frédéric, it was their father, Jean-Pierre I who was at the heart of the industrial revolution in France, overseeing everything from a weaver’s plant to a grain mill.

The sons took on his mantle, converting that granary into a steel mill, using their engineering expertise to make lumber tools, coffee grinders – in an era of burgeoning demand for exotic luxuries from other continents – and importantly, bicycles, a tradition that endures to the present day. 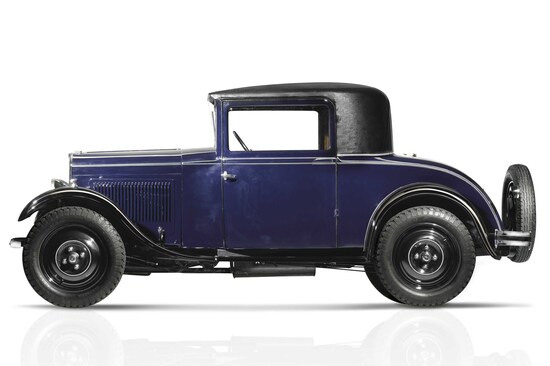 In 1847, Peugeot began to use a lion as its logo, forged from the steel they produced, and in 1889, the now-unmistakable badge was applied to the company’s first-ever motor vehicle, a Serpollet-Peugeot – a steam-powered, three-wheeled machine. Then, a year later, Peugeot dropped steam in favour of petrol power: its Type 2 quadricycles, fitted with a Daimler engine from another automotive pioneer over the border in Stuttgart, Germany.

In 1929, a disastrous year for global industry precipitated by the Wall Street Crash, Peugeot had bucked the trend by mass-producing a car for the first time, with the Peugeot 201. The carmaker’s three-digit numbering system was born, with a ‘zero’ in the middle remaining a constant theme thereafter.

That year was important in marking the Peugeot group’s change from small-scale manufacturer. During the thirties, the 301 and 401 models would also be released. 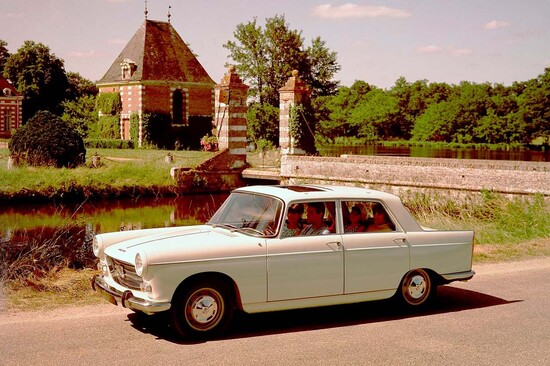 After the Second World War, and just over a century after the emergence of the lion badge, in 1948, Peugeot launched its groundbreaking ‘308’, one of several models released during France’s ‘Trente Gloriouses’, or ‘Glorious Thirty’, the post-war epoch which France regards as a golden era.

Peugeot would lead the nouvelle vague on two wheels, too, with its S55 scooter. While it had been making bikes since the 1880s – the Grand Bi penny-farthing debuted in 1882 – Peugeot would go on to operate a Tour de France cycling team with ten winning riders between 1904 and 1977. The S55’s release powered the ideas behind two-wheeled innovation right up to the 21st century with the Elystar, the first scooter in the world with ABS brakes released in 2002.

In the swinging sixties, Peugeot provided a car that showed the freer side of driving with its 404 coupé-cabriolet. Building on those first instances some thirty years earlier, the 404, painstakingly designed by Pininfarina, was a natural forerunner to some modern classic models such as the 308 CC.

Peugeot claimed another new car coup in 1983 with the launch of its globally popular 205 with more than 5.3 million of them produced since. This compact but sturdy vehicle has served as a family car, a handy car for running around town, and in a sporting guise, with a Turbo 16 version propelling drivers to World Rally Championship wins in 1985 and 1986. 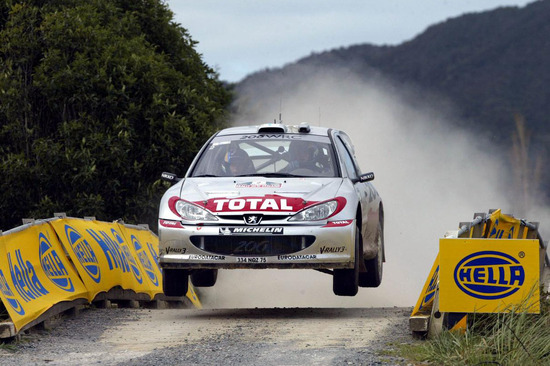 In 1998, Peugeot did it again with the launch of the 206 which would break even more records with 6.5 million models built. Into the 21st century, the Peugeot 207 – launched in 2006 – became the highest-selling car in Europe, continuing the phenomenal performance that had typified its releases in the preceding 25 years.

Peugeot’s 200th anniversary saw the launch of a modern new Peugeot badge, and a fully electric car in the EX1 (which can break records for acceleration from a standstill). 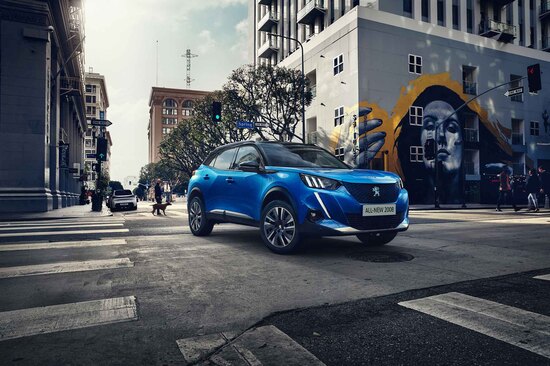 And now Peugeot is roaring into a new decade with its 2008 SUV. Its stunning aesthetic is unmistakably Peugeot, with lion’s claw LED running lights streaking down each flank of the car’s front bumper, cool chrome panelling, and an eye-catching and quirky body shape which offers a high ride height for the driver.

In a glimpse of driving’s future, the Peugeot e-2008 SUV is the flagship of a burgeoning all-electric range from Peugeot, offering – like its hatchback cousin the e-208 – stylish driving without the trips to the petrol pumps.