There are a great range of electric cars coming to showrooms in 2021. From the BMW iX to the Fiat 500e, there’s an electric car to suit every driver. 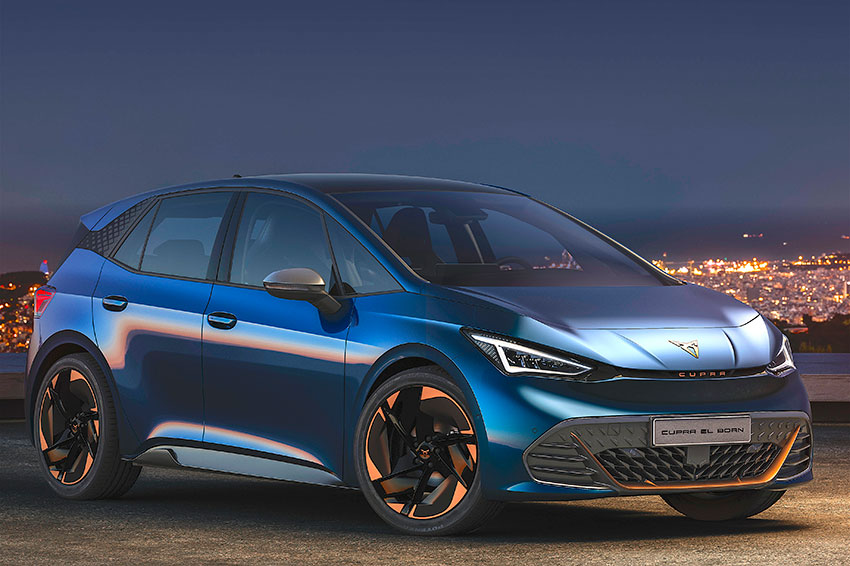 The Cupra el-Born is coming soon.

If you’re planning on buying a new car in 2021, you’re in for a treat; there is a huge selection of new models scheduled to arrive in Arnold Clark showrooms across the country over the next 12 months.

Much of the attention this year will be on the raft of electric vehicles which are due to arrive from major manufacturers. But there are also some terrific city cars, family cars and large SUVs lined up for 2021.

So, take a deep breath and join us as we highlight some of the many new models which will appear in 2021.

Capable of covering up to 310-miles on a single charge, the el-Born (pictured above) is based on the same underpinnings as the VW ID.3. Cupra also says rapid charging should deliver 161-miles in 30-minutes. But while those are appealing facts, the best may be yet to come: performance.

It’s clear Cupra is pitching the el-Born at the sportier end of the electric hatchback market; hence it’s fitted with an ‘E-boost’ mode, unique chassis set-up and sports suspension only. But the Spanish company is also being secretive. 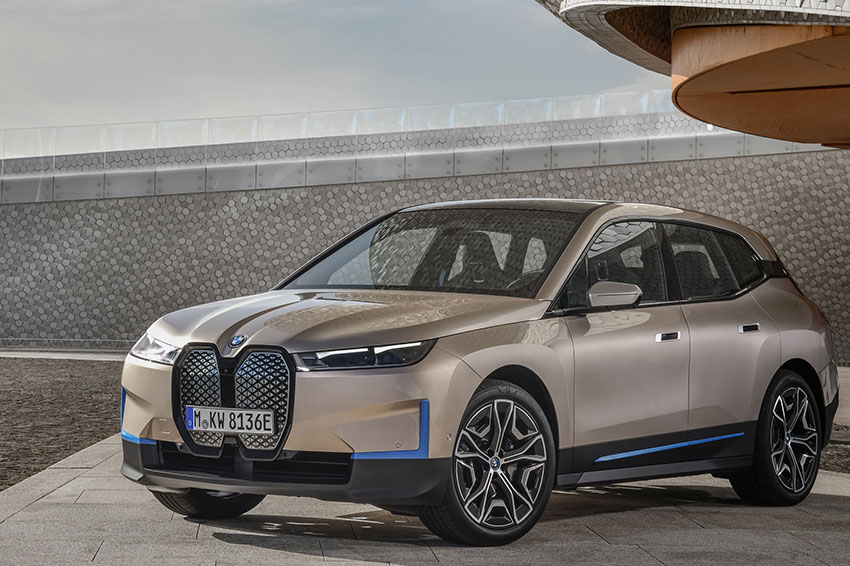 It’s been talked about for so long, and we’ve all seen the large grille which divides opinion, but finally this is the year BMW’s all-electric ‘technology flagship’, the iX arrives. Set to go head-to-head with the likes of the Audi E-tron and Mercedes-Benz EQC, the luxurious iX is certainly a quantum leap from the brand’s first EV, the i3.

Around the same size as the current X5, the iX will deliver Level 3 autonomy. That means it will be capable of steering, accelerating and braking for itself in certain situations at speeds of up to 80mph. Of course, while you’re not required to have your hands on the steering wheel at all times, you must be ready to retake control when necessary.

With up to 500bhp, which will be delivered to all four wheels, 0-62mph performance is likely to dip below 5.0-seconds. 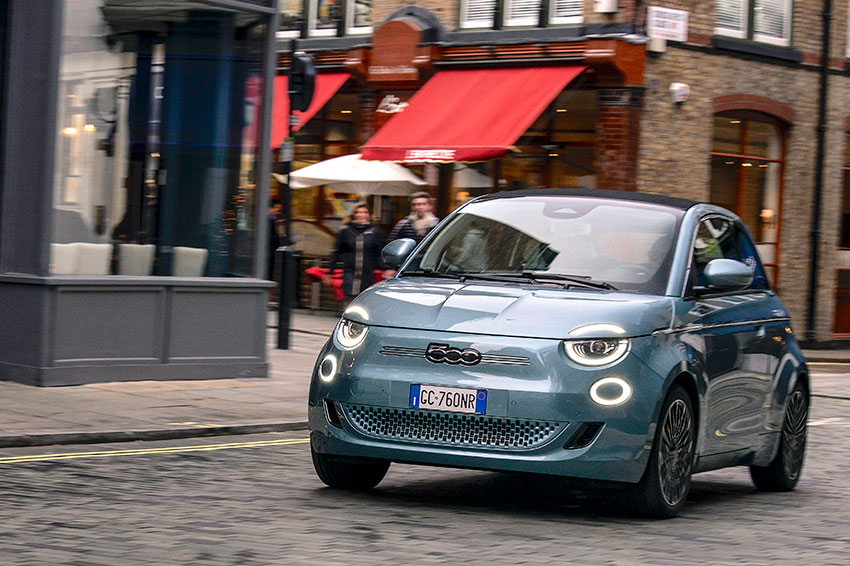 Fiat has breathed new life — again — into its iconic 500. The Italian company’s most successful model is now an all-new, electric-only model. Capable of covering 199-miles on a single charge, and producing 117bhp, it’s an attractive proposition. Fiat says it can be fully recharged in just 35mins.

With bespoke underpinnings from those of the petrol 500 — now badged ‘Classic 500’, and which will remain on sale — the electric version gains a classier interior, plus two new rear doors. 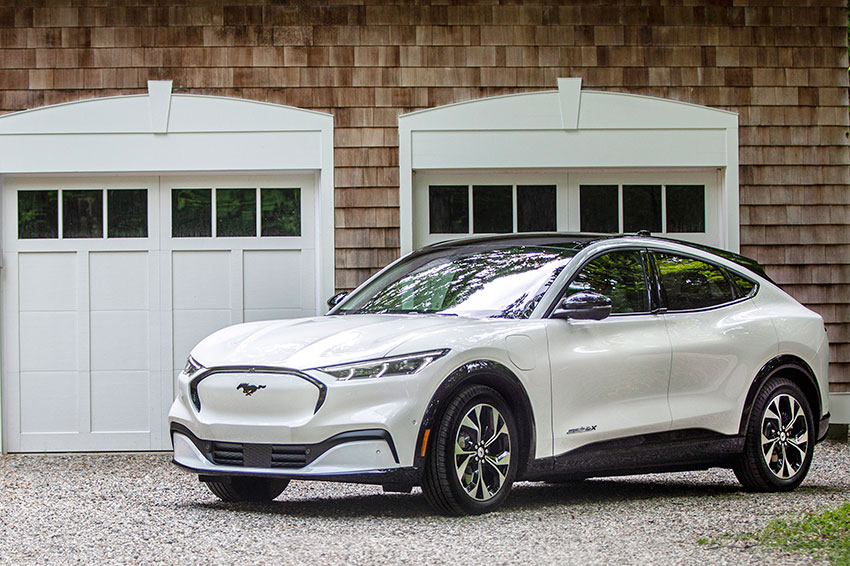 Worth highlighting right from the start: this isn’t an electric version of Ford’s iconic muscle car. Oh no, instead, Ford has chosen to use its fabled pony badge to add a combination of premium styling and sporting credibility to its first bespoke electric production car … which is an SUV, and will go head-to-head with VW’s ID.4 (details below).

Buyers will have the choice of three battery capacities and four outputs; plus rear- or four-wheel drive. The entry-level gets a 75kWh battery and 255bhp; the mid-range is a 99kWh battery with a standard 282bhp, but this can be hiked to 333bhp as an option. The range-topping GT delivers 459bhp from its 88kWh battery, and scampers from standstill to 62mph in just 3.5 seconds.

Range? That depends on which model you go for, but it’s predicted that on the official WLTP test cycle, you should expect between 280-379 miles. 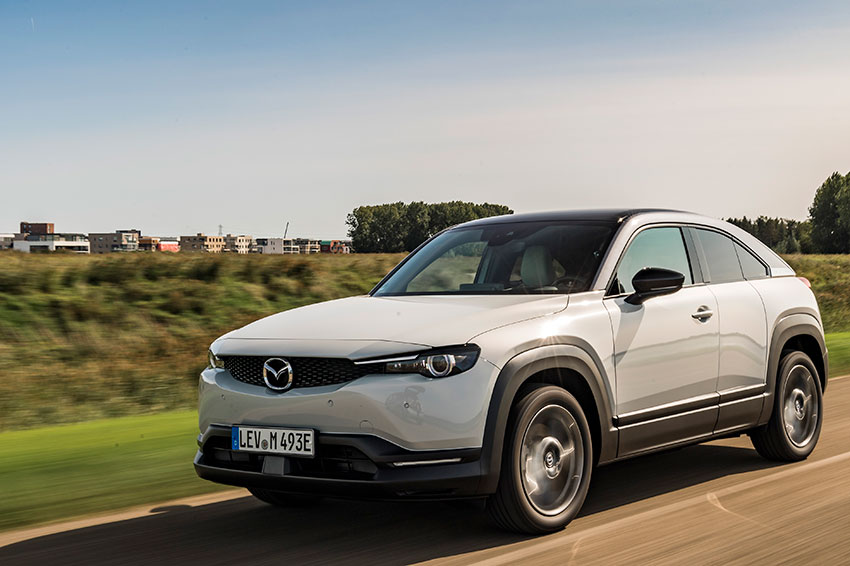 Mazda’s first production EV is a compact crossover. And the Japanese manufacturer is taking a unique approach in terms of battery size and range. We know it drives and handles well — we drove the prototype for Arnold Clark more than 12 months ago — plus it looks good.

What potential buyers need to get their heads round is the fact it has a range of just 124-miles. Mazda highlights the fact the vast majority of drivers in the UK cover only between 20-40 miles each day, meaning the MX-30’s range is more than adequate.

Intended primarily for urban use, I have to admit it’s one of the best all-round electric cars I’ve driven so far. 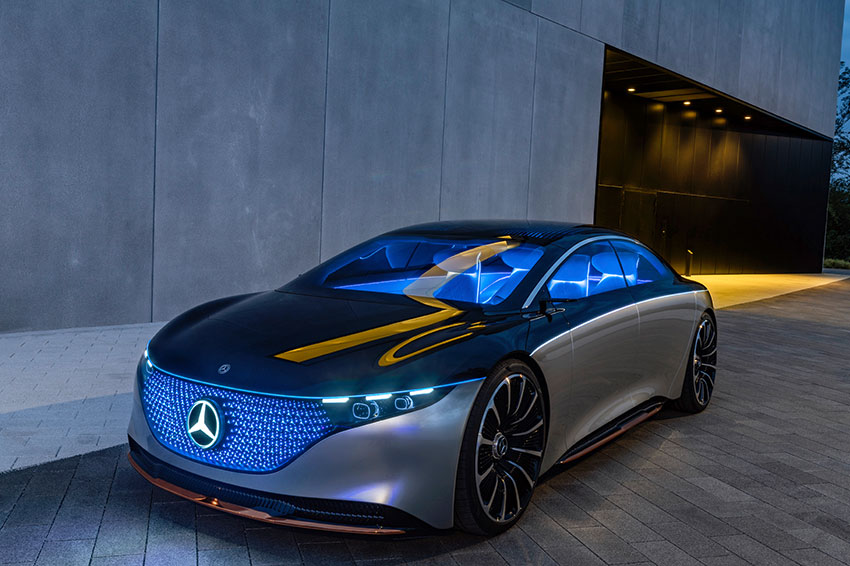 The EQS is, essentially, the all-electric sister of the luxury S-Class limousine. Previewed by the EQS Vision Concept (pictured) from the 2019 Frankfurt Motor Show, if the production version matches the concept’s specs, expect a maximum range (WLTP) of 435-miles.

It would also mean a twin-motor, four-wheel-drive 463bhp powertrain and 100kWh battery with enough power for a 0–62mph time of 4.5 seconds. A rear-wheel drive version would also be added later to the range.

As for recharging; the concept’s electric motors and battery pack were mated to a sophisticated charging system. Because it offers support for the latest 350kW fast-chargers, that could conceivably mean 350 miles of range added in less that 20 minutes. 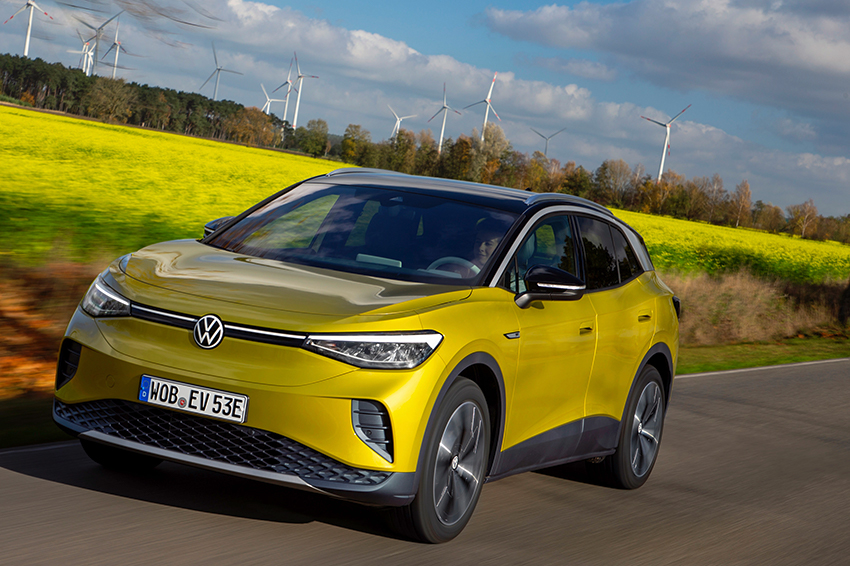 This promises to be one of the most significant launches of the year, as Volkswagen bids to build on the success of its ID.3 with the larger ID.4. The newcomer targets families who prefer the speciousness of an SUV/crossover, but also want the benefit of all-electric motoring.

More ID.4 models — with more power, and four-wheel drive — will be rolled out throughout the following 18 months, but the launch version is the high-spec 1st Edition. Using a single 201bhp electric motor, VW says it will be capable of covering 323-miles on a single charge. Powered through the rear wheels, the 1st Edition will cover 0-60mph in 8.5secs.

When it comes to recharging, the launch model’s 99kWh battery will return to 80% capacity in around half-an-hour, when linked to a fast-charging station.

Towards the end of the year, a range-topping, four-wheel drive GTX model, developing around 302bhp, will enter showrooms.