Take a look at some of the best executive cars and large SUVs hitting showrooms in 2021. 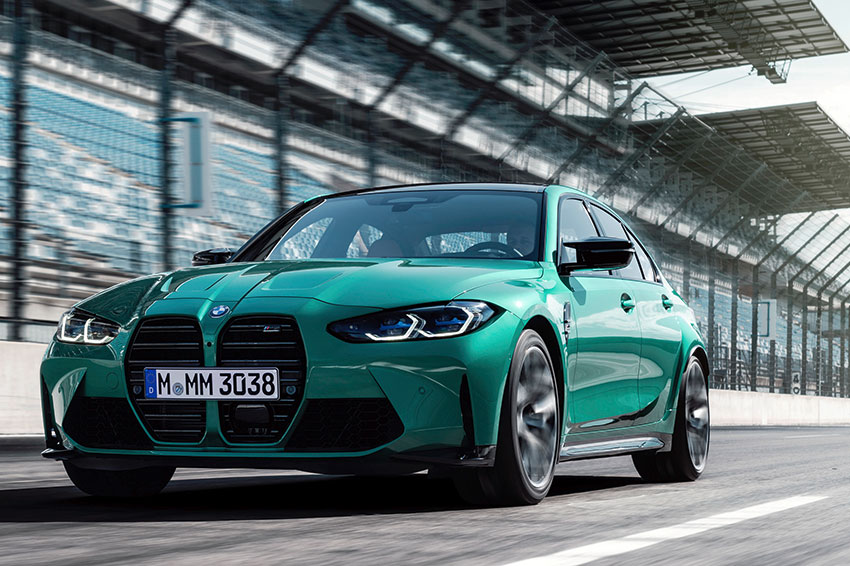 Welcome to the fourth and final part of our introduction to some of the best new cars which will make their debut in Arnold Clark showrooms across the country in 2021. Today we focus on the best executive cars and large SUVs: 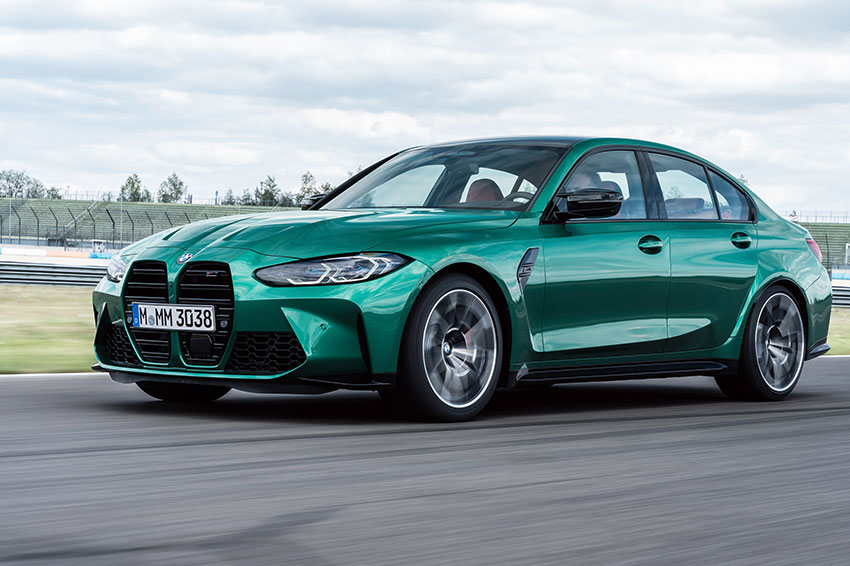 Both are powered by a twin-turbo, 503bhp six-cylinder engine capable of covering 0-62mph in as little as 3.9secs. Both are also rear-wheel drive though, for the first time, an all-wheel drive option will be available. It’ll also have an M button to send more torque to the rear. The range will be further supplemented in September with the arrival of the M4 cabriolet, followed by an M3 Touring next year. 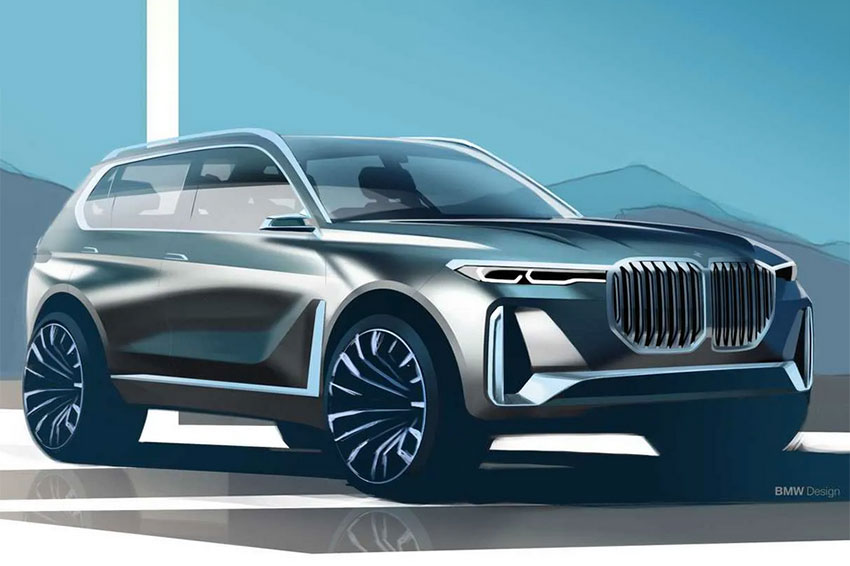 BMW’s new flagship SUV will essentially be a sportier, sleeker-styled version of the current seven-seat X7. It’s likely to have three rows of seats to carry seven people, or — potentially — six captain-style chairs offering greater luxury. BMW has yet to confirm either. Sharing many parts with the X7, the X8 will have a shallower front grille and smaller windows. As for engines? Expect the X8 to include a range of six-cylinder petrol and diesel engines with mild-hybrid tech. The range will ultimately also include a plug-in hybrid and a 4.4-litre twin-turbo V8 with 750bhp in an X8 M50i.

The X8 M hybrid will be four-wheel drive, and will mate an electric motor of around 200bhp to the petrol engine. It’s also likely to be fitted with the switchable system currently found on the M5 and M8 models, which allows on-demand rear-wheel drive when required. 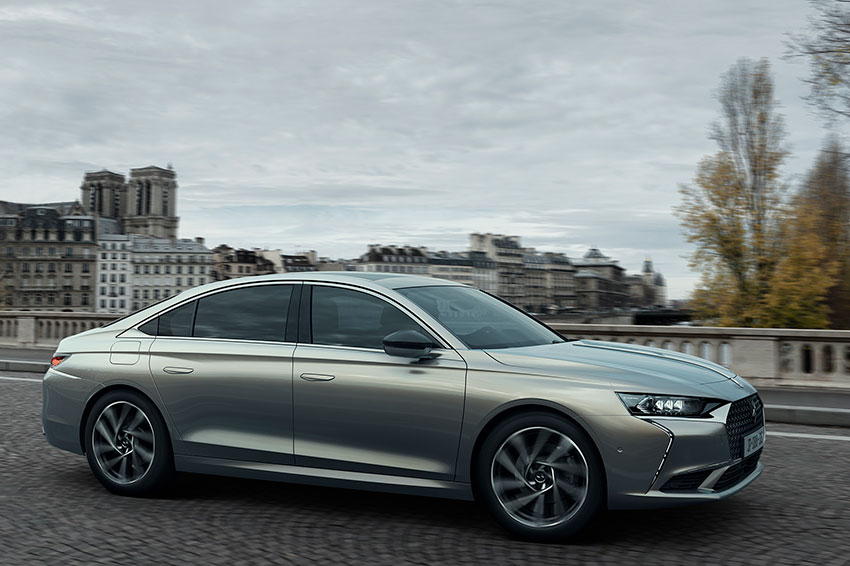 Heavily-based — at least underneath its svelte body — on the Peugeot 508, this low-slung, luxury DS 9 saloon is poised to go head-to-head with the likes of the BMW 5 Series and Audi A6. No coincidence then that it’s about the same size as its Teutonic rivals. It also boasts a charismatic front grille and bold LED headlights in a strong bid to establish its own identity. The engine range will include petrol and plug-in hybrid powertrains, plus a range-topping four-wheel-drive E-Tense. The latter gets a 1.6-litre turbo petrol engine with two electric motors, delivering a combined 355bhp. 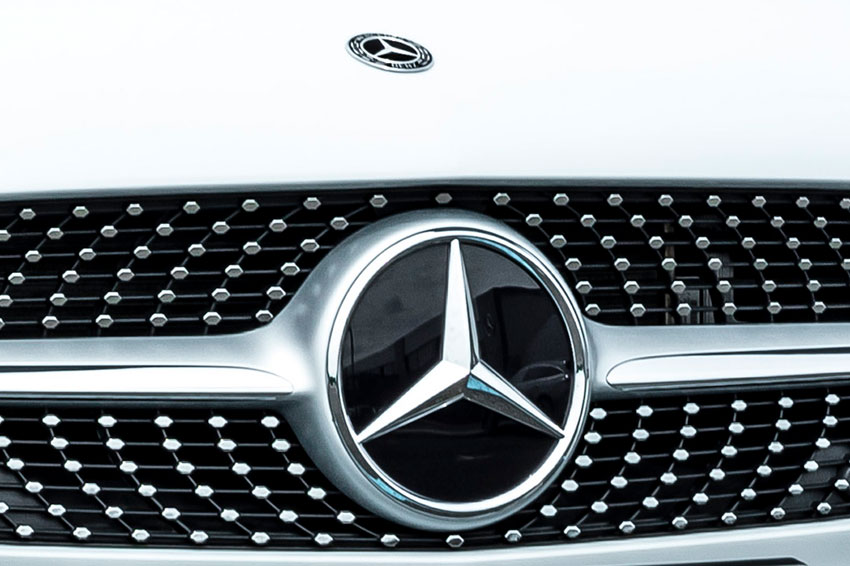 One of Mercedes’ most important models, the all-new C-Class is completely new from the ground up. And not surprisingly, in a world and sector in which low CO2 emissions are hugely important, it will major on more hybrid variants — both mild and plug-in — thanks to its new 48V architecture.

Expect the plug-in hybrid — which should be available from launch — to be capable of covering more than the all-electric 31-miles of the current C300de. Worth highlighting that even the barnstorming C63 sporty model will ditch V8 power for a hybridised 2.0-litre four-cylinder engine: but it’ll still produce more than 500bhp.

The range will, as previously, be totally comprehensive, with estate, coupé, cabriolet and a new all-terrain version set to be included. External design will be more evolution rather than revolution, and the 2021 model’s dimensions and proportions should pretty much mirror those of the outgoing model.

The interior, meanwhile, will take inspiration from the range-topping S-Class. For the C-Class, that’s likely to mean a minimalist dashboard with a large, portrait-orientated touchscreen display above the centre console. 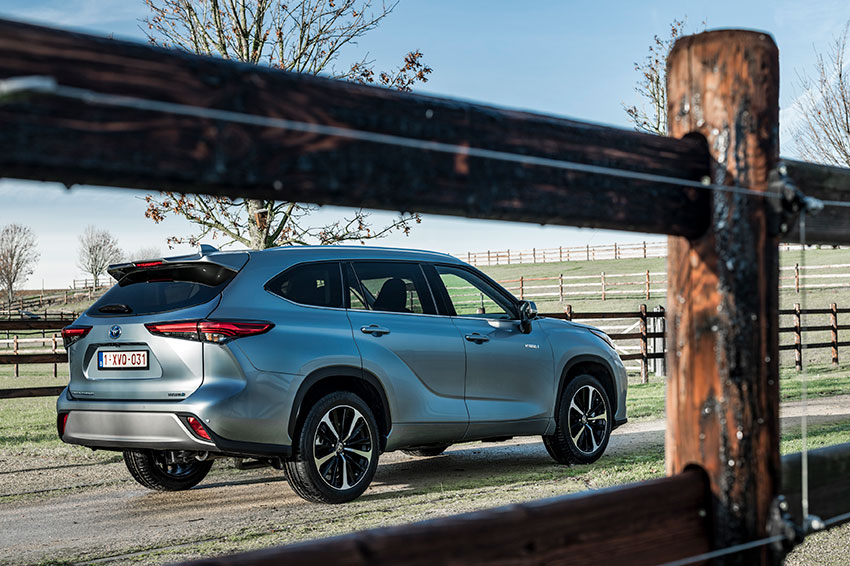 Ready to slot into a gap just below the Land Cruiser, the seven-seater Highlander will be available only as a hybrid. Though it’s actually the fourth-generation Highlander — the first three have been big hits in the States — this will be the first to be sold in the UK.

Power will come from a 2.5-litre petrol engine, supplemented by an electric motor on each axle. Combined output will be 241bhp. According to Toyota, it’ll return 42.8mpg at the pumps, and emit 146g/km CO2. 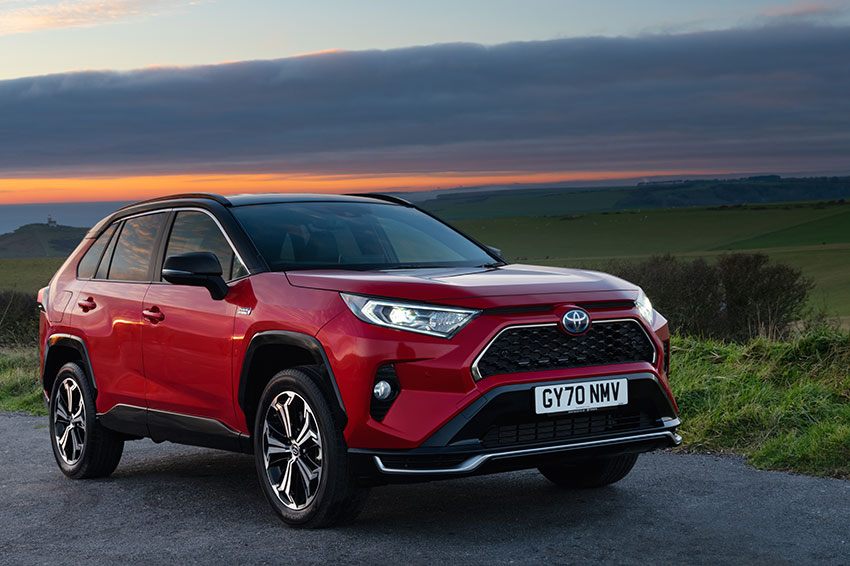 With a 2.5-litre petrol engine mated to two electric motors, the all-wheel drive RAV4 PHEV is the quickest hybrid-powered Toyota yet and boasts a combined output of 302bhp. It’s also capable of covering 46-miles on electric charge only. And oh! It covers 0-62mph in just six seconds.

Ok, the headline-grabbing fuel figure of 282.5mpg may not exactly be achievable in real word driving, but its emissions of just 22g/km CO2 certainly make it an attractive proposition for business users. 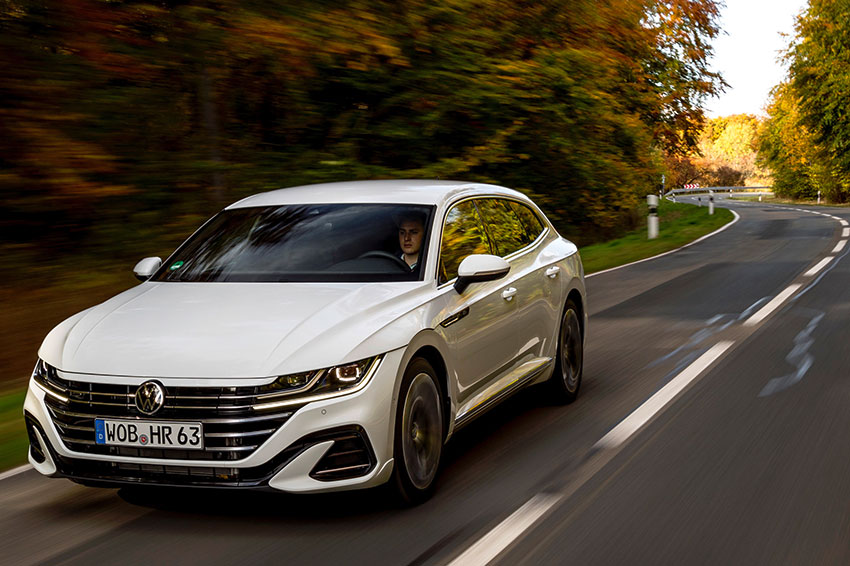 Sometimes practicality has to give way to style, and that’s the case with this estate version of the Arteon hatchback. It you want practicality, go for the Volkswagen Passat estate. If you want looks? The Arteon estate — or rather, Shooting Brake as VW calls it — is the one to go for.

Engine options include 1.5-litre and 2.0-litre petrols, plus two 2.0-litre diesels. The most attractive though is the plug-in hybrid — with a 154bhp 1.4-litre four-cylinder turbo petrol engine and a 113bhp gearbox-mounted electric motor — which can be driven for 33 miles, with the engine off, at speeds up to 87mph. Official CO2 emissions are just 25g/km.