The IONIQ 5 has the look, and the drive. 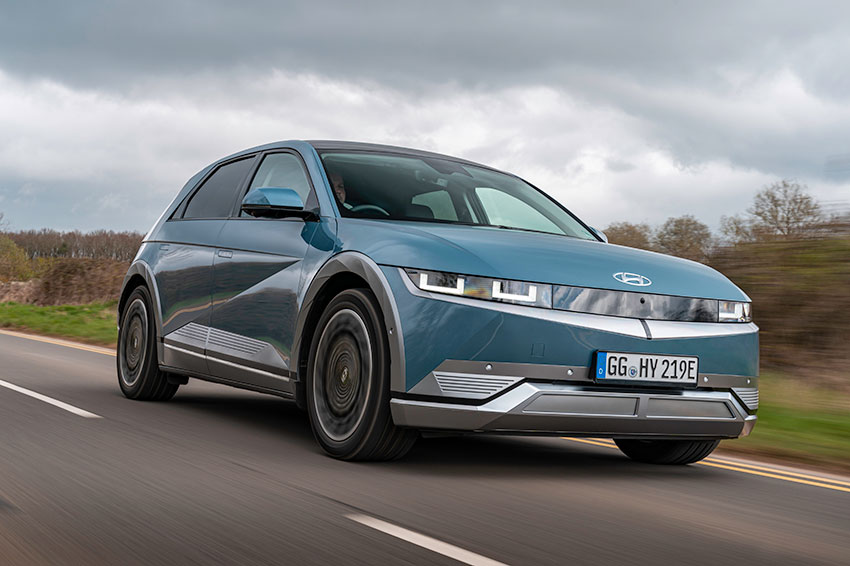 The future is now with the Hyundai IONIQ 5

Like a gliding, softly whooshing car from futuristic films such as Judge Dredd or I, Robot, the Hyundai IONIQ 5 is distinctly different to any other mainstream car taking to the roads in 2021.

Based on the Korean marque’s Pony Coupé concept car from the 1970s, the IONIQ 5 is the first of a planned trio of fully electric Hyundai launches by 2024.

But how does it perform as an everyday EV? From alloy wheels to interior displays, this guide has all the key details you need.

From the outset, the aesthetic differences to mainstream rivals are quite obvious: there’s no traditional front grille, replaced by a sensor array across all three trims (SE Connect, Premium, Ultimate), while the headlights have a pixelated look, and its electric motor and battery are housed beneath Hyundai’s first clamshell-shaped bonnet. 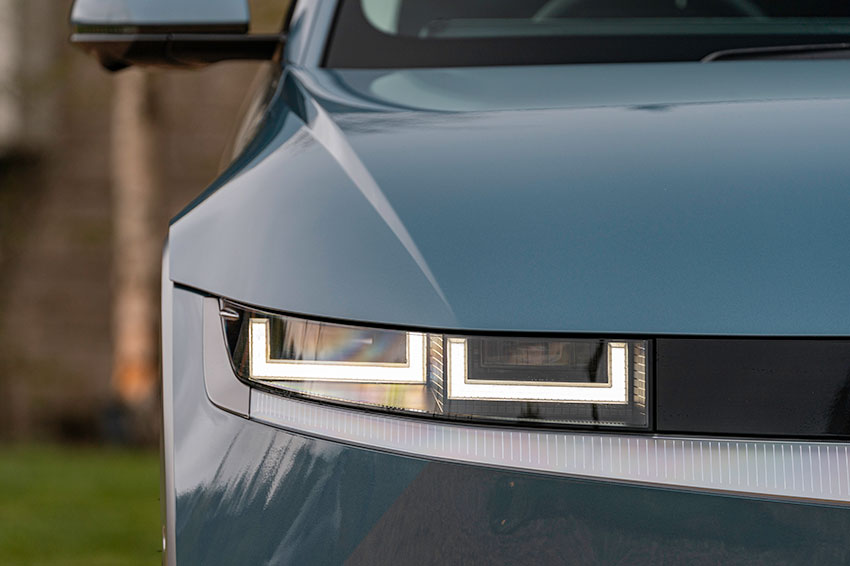 But while quirky styling might be seen more often in a funky city car or in the sports trim of a power saloon or estate, the IONIQ 5 has those otherworldly touches – even if its dimensions still say ‘small SUV’.

In terms of its alloy wheel diameters, set out almost in a Celtic woven pattern, the entry-level and mid-range SE Connect and Premium feature 19-inch alloys, while the range-topping Ultimate features 20-inch alloys.

Sci-fi nuts might love this car, sure, but the family heading off on their holidays or the businessperson looking for a fearsome fleet car will want to know how the IONIQ 5 performs, not just marvel at how it looks. 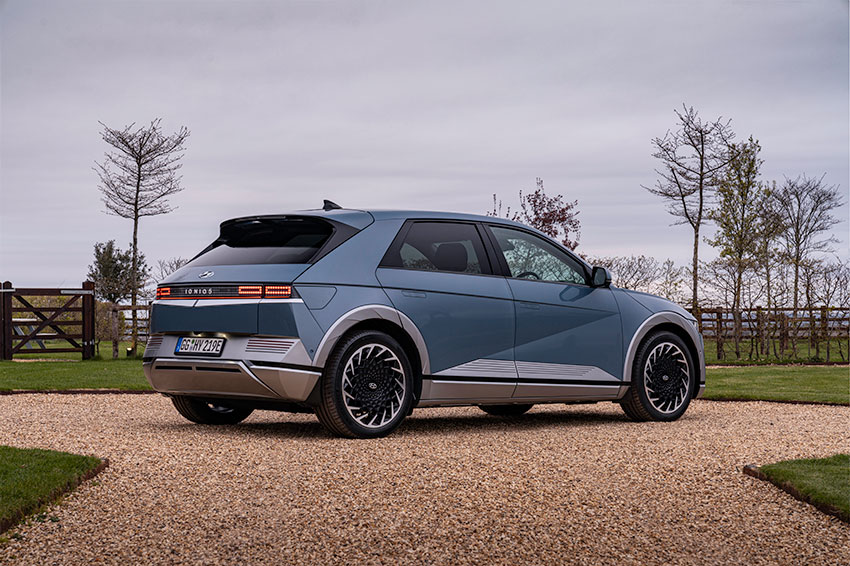 It’s a crucial piece of information to know before you even step in the car – the model’s battery power and ranges. so here are the IONIQ 5’s battery options, and their respective mileages on full charge:

The futuristic look continues into the IONIQ 5’s cabin, with digital instrument display in front of the steering wheel. Meanwhile, the infotainment is nudged slightly off-centre towards the driver’s side of the dash, meaning the driver can reach the screen more easily to change setting, or activate the Apple CarPlay or Android Auto app connectivity which come as standard across the IONIQ 5 trims.

While there aren’t any buttons to operate the infotainment system, the car’s climate control has a separate buttoned panel, making temperature control a breeze. 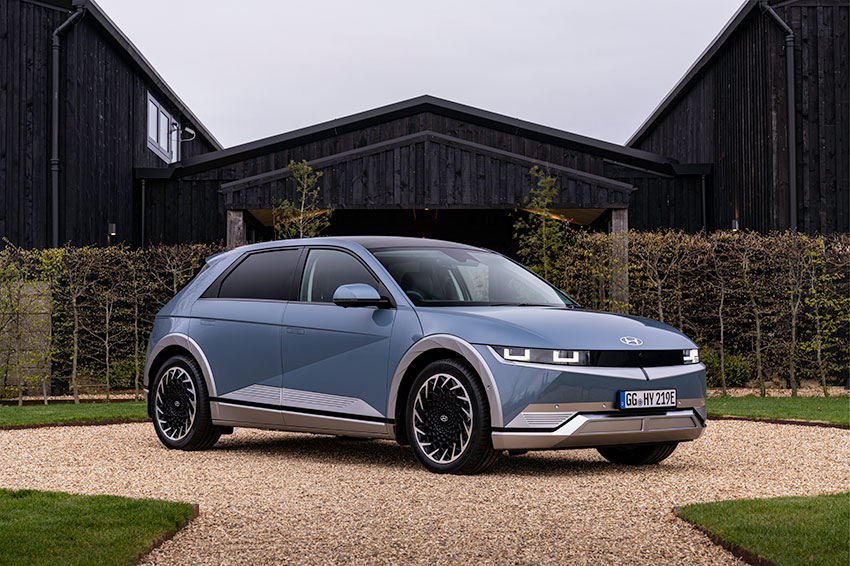 A fantastic array of interior tech greets drivers even in the entry-level SE connect, including self-parking function and lane changing assistance – nifty for when you’re getting used to your new car’s dimensions or when you’re finding your feet at the helm of a full EV on the motorway.

One very cool touch is an “augmented reality display”, which will see driving information displayed on the driver windscreen.

And what about other pleasing features of the ‘5’, when you’re in drive? One optional spec element with hugely exciting potential is a solar-panelled roof, which would allow the IONIQ 5 to charge on the move. Hyundai claims that drivers in Southern Europe - where the sun is higher than in the UK - could earn excess charge of up to 1,200 miles per year. When thinking outside the box and using the IONIQ 5’s external plug adaptor, the car could potentially be used as a power source for outside household jobs like grass-cutting or using power tools on a building exterior.

An edgy but genuinely likeable concept car, through both its futuristic looks, and classy but practically helpful interior touches, the Hyundai IONIQ 5 EV has the natural chemistry to bring a nod of appreciation from even the hardest-pleased driver. 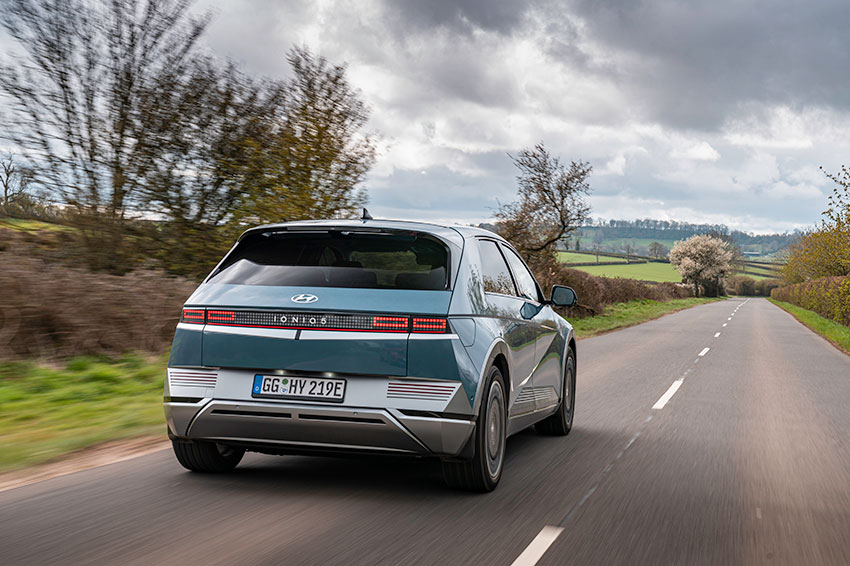