Feel the buzz of the standalone brand's first fully-electric vehicle 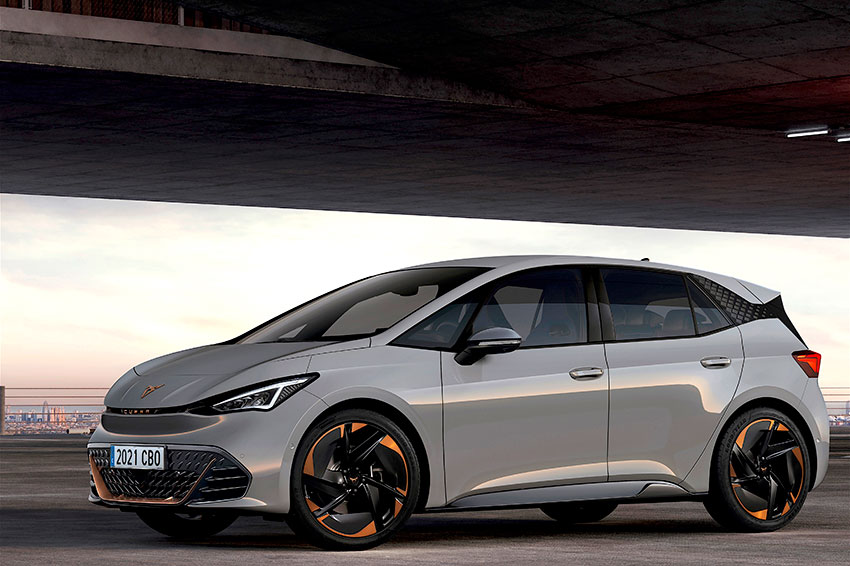 Cupra has officially unveiled its first all-electric, 335-range car, the Born. First things first, I have to admit I think Cupra has missed a trick: I much preferred it when it was referred to as el-Born, which it was when the concept was unveiled at the 2019 Geneva Motor Show. ‘The Born’ doesn’t quite have the same conquistador resonance associated with Cupra’s Spanish heritage. But there’s no denying, the Cupra certainly looks pretty stunning.

Like the VW ID.3, both EVs are built on the same VW Group MEB-based family hatch platform, and I have to admit that while the overall body shape is almost identical to that of the ID.3 — being 4322mm long, 1809mm wide and 1537mm tall, plus having a wheelbase of 2767mm, the Cupra’s dimensions are close to those of the VW — the Born does have some noticeable, aggressive styling details. 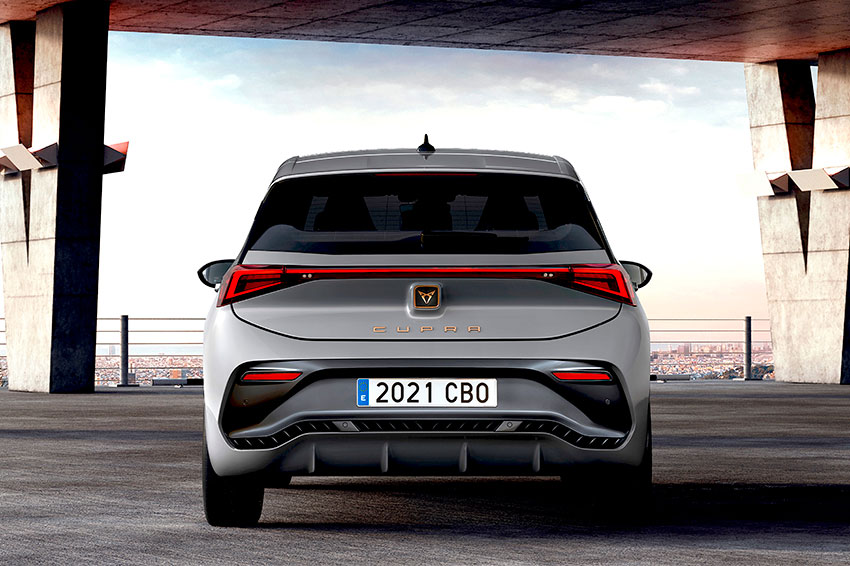 According to the guys at Cupra, the Born brings its own ‘stimulating design and instantaneous performance’ in addition to a distinctive ‘dynamic character’.

Clearly there are much sharper, racier lines at the front of the Cupra, where its sharp LED headlights and pointed front-end combine to resemble something close to the nose of a shark. The slim grille and large bumper intake have been designed to channel air towards the EV’s radiator to help keep the battery cool.

And while the EV has eye-catching, slightly wild alloy wheel designs — a choice of six designs is available, from 18in to 20in in diameter — perhaps the most intriguing decision is to add a host of copper accents to both the exterior and interior of the car. This could well be the car’s ‘marmite moment’. Just as well then that there’s a choice of six paint finishes. 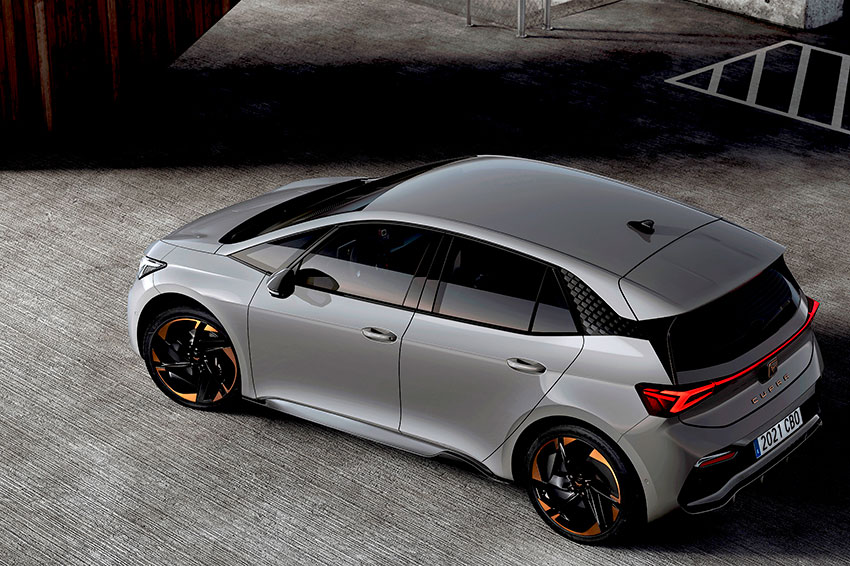 Ok, styling aside, what else is new?

The Cupra Born will initially be available with a choice of three powertrains. The entry-level 148bhp version, fitted with a 45kWh battery, is claimed to deliver 211 miles on a single charge and cover 0-62mph in 8.9-seconds. Next up is the 58kWh battery, which produces 201bhp and a claimed 260 miles, with 0-62mph in 7.3s.

The current range-topper produces 228bhp, with the option of either a 58kWh or 77kWh battery. Interestingly, the ID.3 doesn’t currently include the 228bhp option. With the Cupra Born, opt for the 77kWh battery and Cupra says you’ll have a range of 335 miles. The most powerful version will also cover 0-62mph in 6.6secs.

While all the launch models are rear-wheel drive, there remains the likelihood of more powerful variants, plus all-wheel drive options being added to the range in the years to come.

It’s also worth highlighting that, compared to the ID.3, the Cupra has the option of adaptive dampers on the Born with four dedicated settings called Range, Comfort, Individual and Cupra. Also featured is speed-sensitive power steering, plus a specially calibrated traction control system which Cupra says was designed to keep the Born moving in all conditions. 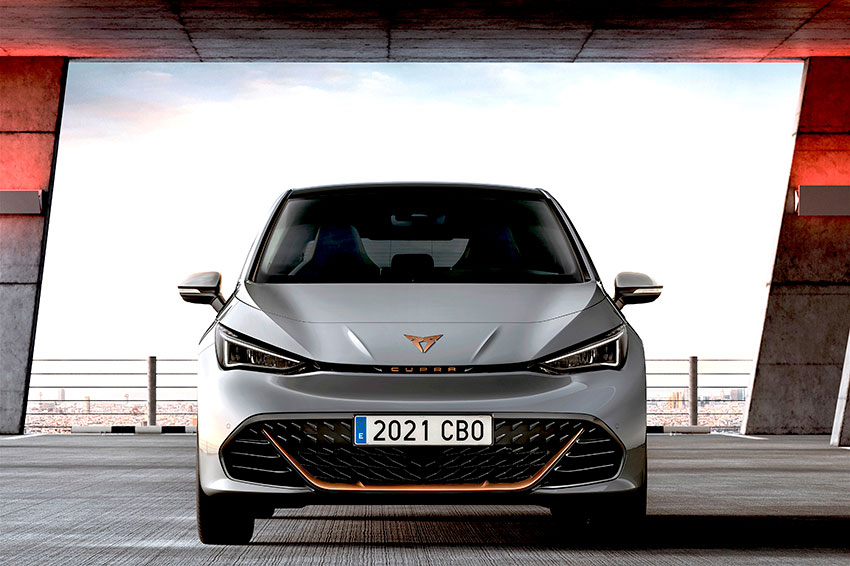 Pretty impressive. Whereas the VW has a 10-inch central infotainment touchscreen, the Cupra increases that to 12-inches, along with an augmented reality head-up display. There’s also a fully digital gauge cluster and touch-sensitive icons controlling the major convenience functions. As you would expect, Apple CarPlay and Android Auto are also included, with the Cupra Connect app used as a hub for all connectivity functions. And while the centre console of the ID.3 falls away from the dashboard, in the Cupra it actually rises up to meet the dash.

The bucket seats on the Cupra are offered with two upholstery options. The first is a microfibre cloth, the second a yarn from eco-friendly company, Seaqual; the latter uses plastic which has been trawled from the oceans. 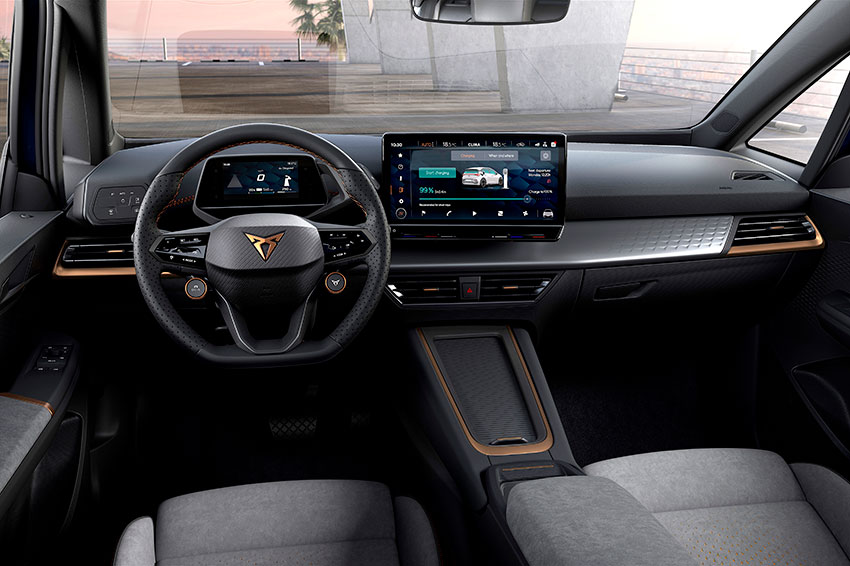 How long does charging take?

According to Cupra, if you use a 125kW fast charger, the largest battery can gain 62 miles of range in seven minutes; leave it plugged into the same fast charger and a 5-80% recharge takes 35 minutes. Also available for home charging is a bespoke, Cupra-branded domestic wallbox. This can be controlled using the firm’s new Easy Charging smartphone app.

Safety is, of course, paramount. As always in modern day cars, there’s a suite of active safety systems fitted as standard. Included in the package are emergency assist and pre-crash assist, predictive adaptive cruise control, traffic sign recognition and travel assist. Options include a top-view camera and intelligent parking assist, plus high-beam assistance.

And what about prices and availability?

You’ll need to wait for both I’m afraid. Prices aren’t due to be announced by Cupra untill around the end of the year, with first deliveries scheduled for early 2022. However, it’s fair to expect the Cupra to start from around £32,000, including the government’s £2,500 grant. 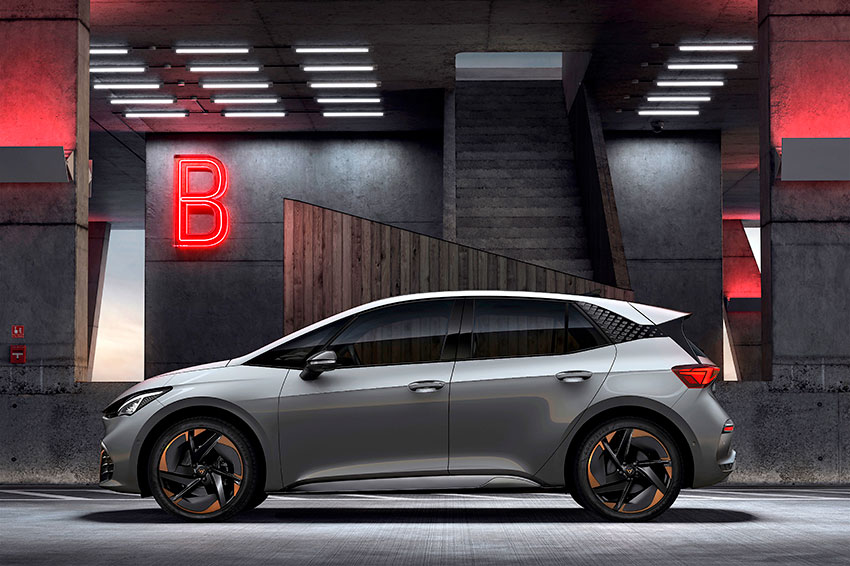