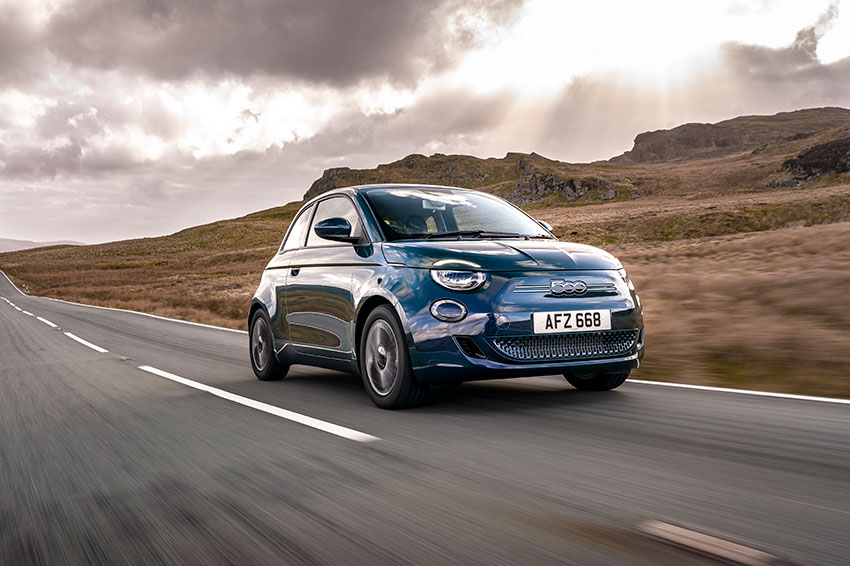 Thirteen may be a figure steeped in superstition, but it's a blessed number for Fiat. You see, unbelievably, it's been 13 years (coming up for 14) since Fiat's 500 made its return to the big time. A contemporary take on an iconic '50s design, it's been a massive success.

But now, the brave Italian automaker is weighing up the future. The new kid in town is the all-new 500e, and the 'e' stands for - you guessed it - electric!

Yep, you read it correctly - there are no petrols or diesels invited to the party. If you desperately need a brand-new 500, then it's electric or nada. That said, Fiat is still selling the old-style 500 in hybrid guise. Yes, we know, it's an odd one. But we guess if you're not quite ready to go all-electric, then a hybrid 500, albeit with the old-school body shape, is a good halfway-house. 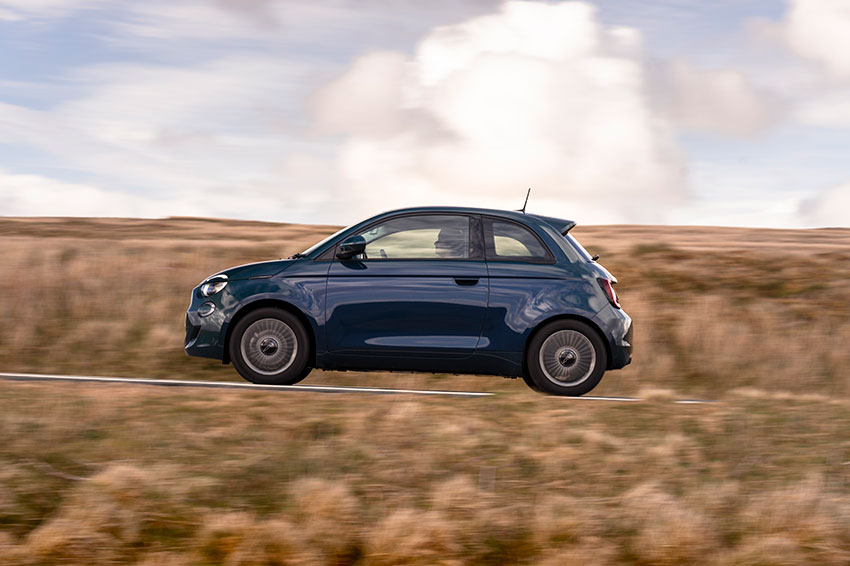 So, even though pure electric motors are becoming less quirky and more the norm, producing the 500e is a bold step for Fiat. But has it paid off?

Well, the compact dimensions of Fiat's 500 have always been at the core of its charm and popularity. Now, however, the automaker has made its all-new electric model bigger. Yes, that's another move away from the norm. Fiat has definitely decided to step out of its comfort zone.

A change is as good as a rest, though, and this particular change works. The Fiat 500e is a beauty, with "halo" headlights and a grille that you could grate Parmesan on. Plus, there are indicators at the side that seem to pop out. All in all, the new look gives the car a less meek and mild presence. It works beautifully.

The all-new 500 comes with LED headlights on some grades as well as 15 to 17-inch alloys. Furthermore, a spoiler overhanging the rear windscreen adds an athletic aesthetic. There are also electric buttons rather than handles on the doors. Here, the letter "e" makes its presence known again because Fiat has dubbed these buttons "e-latches". Parking sensors, a reversing camera, an infotainment system, and many autonomous driving features are also on the table. 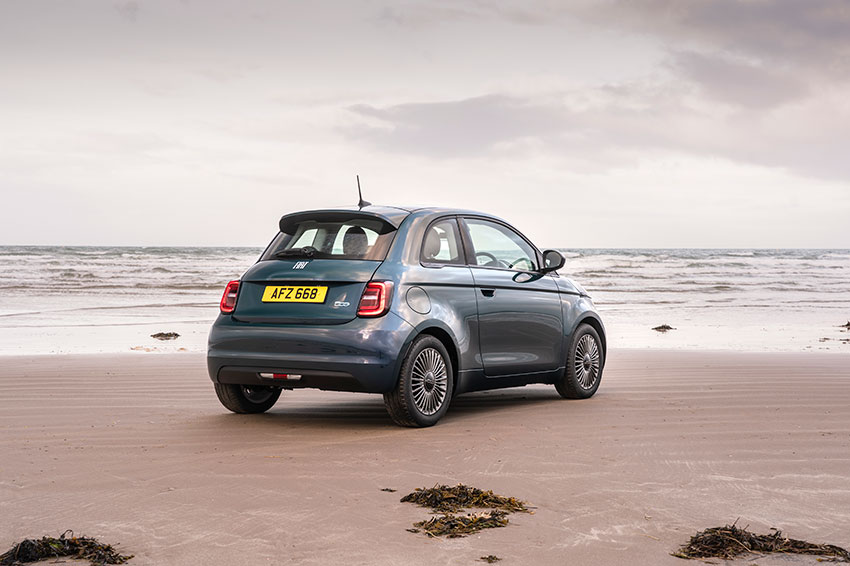 But that's not all; there are no physical dials in the driver's binnacle. Instead, you get a digital display on all trim levels. Plus, you get a trio of drive modes, named: "Normal", "Range", and "Sherpa". Each setting selects different portions of power-saving to eke the most out of the 500-e's electric range.

Anyway, let's look at the trim levels. You get a quartette of grades, named: "Action", "Passion", "Icon" and finally, "La Prima". The introductory trim, "Action", gets 15-inch alloys, while the "Passion" adds the infotainment system and LED running lights. The "Icon" trim sees 16-inch alloy wheels make an entrance as well as a bigger infotainment screen. Finally, the "La Prima" flagship grade adds 17-inch wheels and a sunroof.

Whichever trim level you go for, you'll notice Fiat has done an excellent job with the 500e's interior. The dashboard has been designed classily, and the switchgear is laid out so that it's intuitive to use. As this Fiat is an electric vehicle, there's no gearstick; instead, there are Park, Reverse, Neutral, and Drive buttons. Sure, if you're determined to look hard enough, you'll find some cheap plastics, but overall, the cabin materials are high quality. Indeed, you feel as though you're in a luxury car - not a Fiat 500. 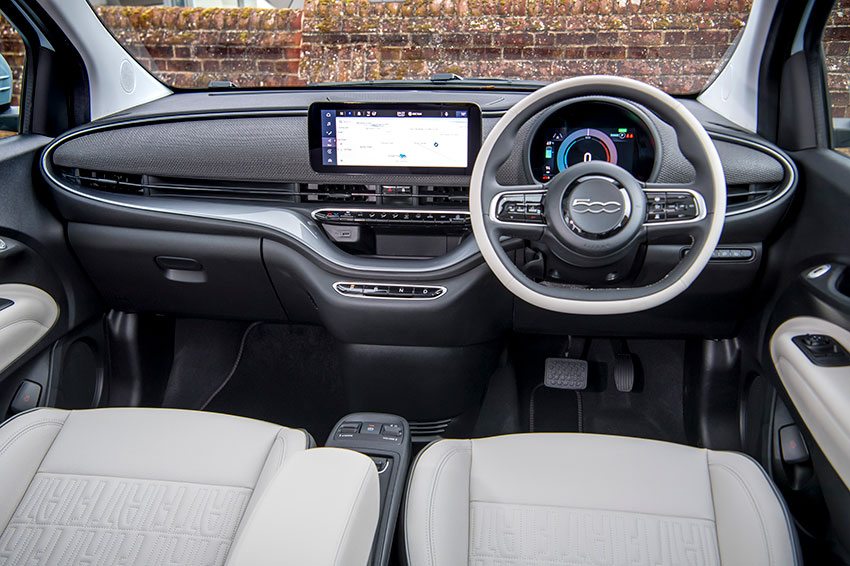 So, what's the 500e like to drive? Well, not bad, is the short answer. The basic electric 70kw power unit kicks out 93hp, while the other electric motor is 87kw - and this produces 118hp. Zero to 60mph times hover around the nine to 10-second mark, depending on which unit you opt for. The acceleration times don't look rapid on paper, granted, but in an urban environment - this Fiat's natural home - the 500e feels quick enough.

Mind you, the quicker you drive, the more you notice the unevenness of road surfaces, especially with the 500e's larger wheels. It's not spine-snappingly uncomfortable, but it's not chilled, either. There is a large serving of road and wind noise as well, particularly when it comes to the soft-top version of the car. That said, external sounds are always more apparent when there's no internal combustion engine chugging away.

It is by no means an unentertaining car behind the wheel, but it just falls short of the driving experience you get in some electric competitors, such as the Mini E and the Honda E. 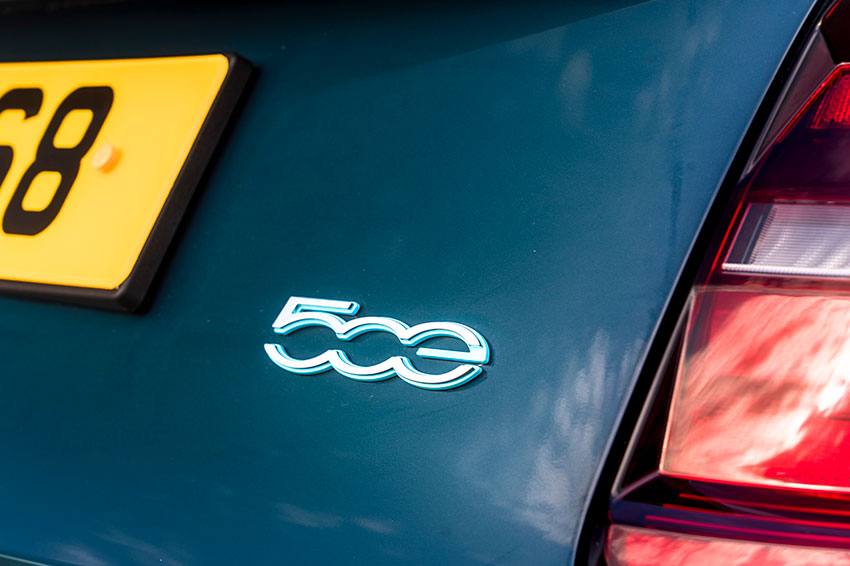 Anyway, the main reason you'll want this car - and that goes for all electric vehicles - is the cheap running costs. Let's face it, with no fossil fuels to worry about, you're on to a good thing immediately. The three driving settings mentioned earlier help to maximise the 500e's range on one charge. However, you can also pick from five modes, depending on how rapidly you want the Fiat to charge up. So, for instance, if you're running low on electricity, but you know somewhere cheap or free to top up, you can set the 500e to charge at home minimally. Then you can drive the Italian car elsewhere to put some more electrons in the battery pack. This will help to keep your utility bills low.

We should also tell you that the 500e comes with a couple of battery options - a 23.8kwh or a 42kwh battery pack. The former gives a range of around 115 miles, while the latter will see you right for about 199 miles. Mind you, our real-world testing in and around Cambridgeshire suggested we'd be looking at 150 miles until we needed to recharge again. 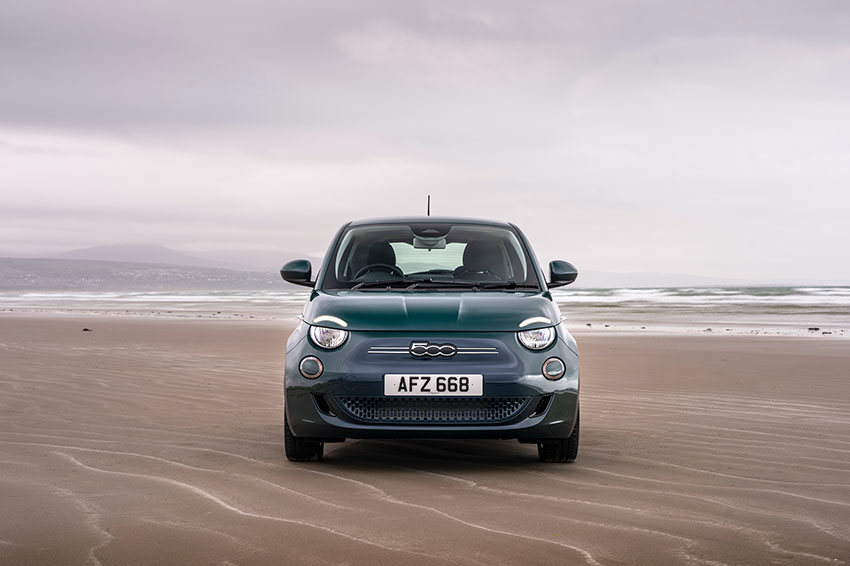 On the practical side of things, the 500e is best for two-up, plus two toddlers in the rear. Of course, you could get four adults in - but only for really short trips. Luggage needs to be kept to a minimum, too, due to the Fiat's 185-litre cargo capacity. Mind you, boot-room balloons to 550-litres if you fold the back seats down. Furthermore, there's a decent dollop of stowage space inside the cabin, including a large glovebox.

Safety-wise, the 500e has got enough kit woven into it to keep you protected should a collision happen. Unfortunately, Euro NCAP hasn't had the chance to crash-test the Fiat yet. But there's every reason to think the newer, bigger model should better the three-out of five-star score its predecessor received.

Overall, the 500e makes a compelling case for itself. If you're after a non-fossil-fuelled car cut out for city driving, and one that has characterful looks, then the 500e is one of the best on the market. 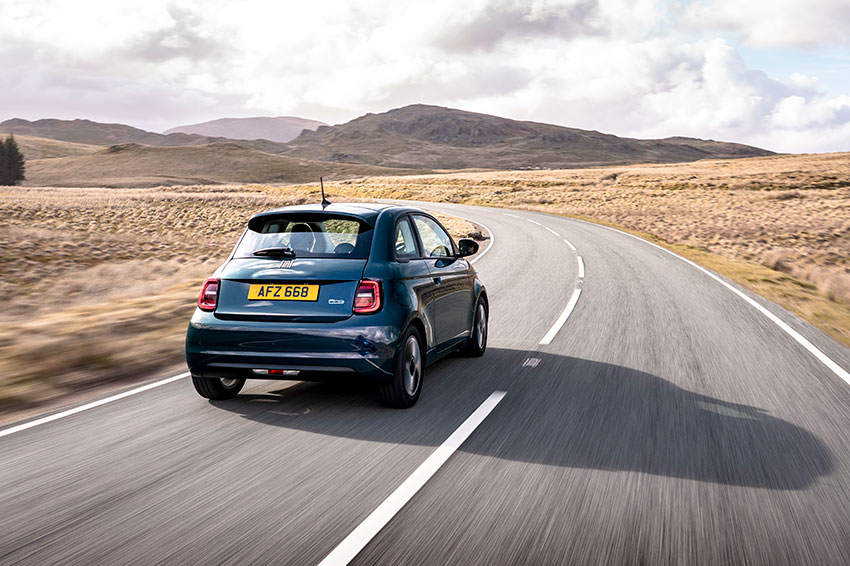