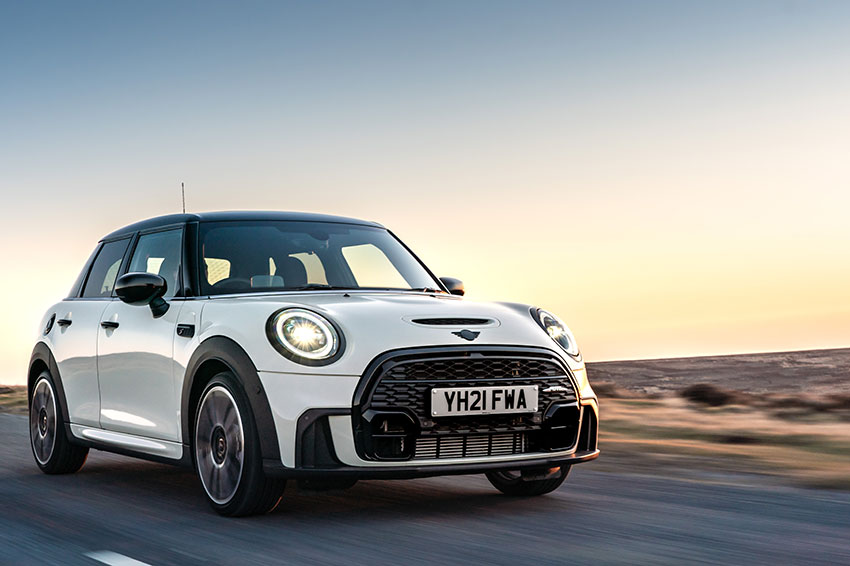 Now, this might make you feel a tad old. Can you remember when BMW launched its first iteration of the MINI? Well, it was 20 years ago. I know, 2001. Who’d have thought it? And now, to coincide with this anniversary, there’s a newly facelifted version of BMW’s reinterpretation of the original Sir Alec Issigonis icon.

Everyone knows BMW’s MINI has been a massive global success. A single model has spawned a worldwide brand which now includes estate cars, crossovers, PHEVs and EVs. Last year alone saw 292,384 global sales, with the UK accounting for 46,109 units. That’s mightily impressive. And at the core of the MINI creation remains the massive production plant in Oxford.

So, it was there I headed to get our first drive of the 2021 MINI. This generation is approaching its sixth birthday, so MINI has given its top-selling three-door hatchback — still the most popular model and which accounts for around 50% of production in Oxford — as well as the five-door and convertible.

Ok, it’s not a massive update but the changes are significant and certainly breathe new life into the six-year-old model. The timing of the facelift is also poignant as it coincides with the recent announcement that MINI will be the first brand in the BMW Group to go all-electric.

That’s scheduled, according to BMW bosses, to be completed by the early 2030s. Before that though, MINI's final new internal combustion engine vehicle is due for launch in 2025. So, if you want to stick with MINI’s four-stroke petrol engine power, now’s the time to get onboard. 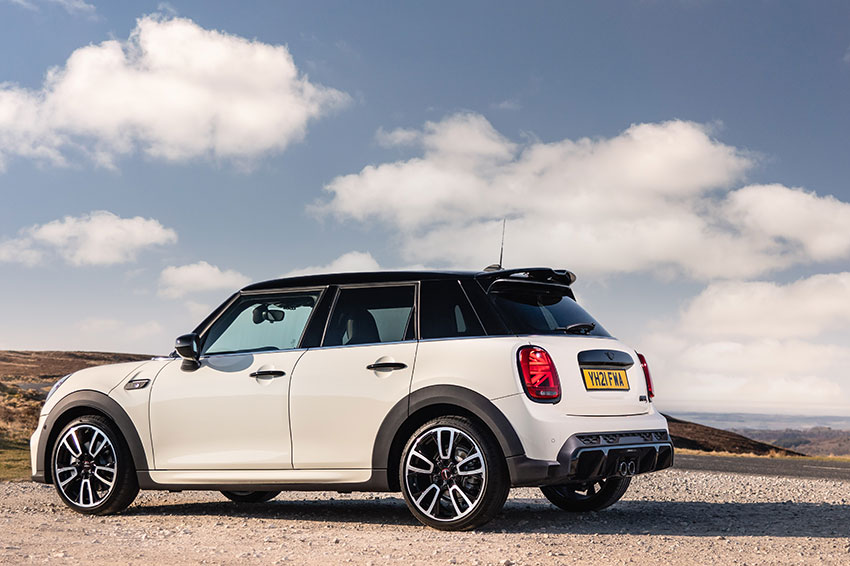 Ok, so what’s new on the MINI?

Most of the changes are confined to the exterior styling. But as you would probably expect, there’s also a new infotainment system: this is now one of the default ’tweaks’ whenever a manufacturer updates a model.

Let’s deal with the outside first. Most noticeable at the front is the new grille – you can’t miss it. It now drops right to the lower edge of the bumper, while the “safety bar”, which cuts through the middle, is body-coloured instead of black. Plus, there’s a wider and lower bumper design which combines to give the MINI a more powerful squat stance.

What about inside the cabin?

No surprise, but there’s still more piano black (I have to admit, I rather like it). Centre point to the cabin is the updated infotainment screen — did I mention it too is surrounded by shiny black? — set in its traditional central point of the dash while retaining its familiar circular housing.

And while the 8.8-inch display is similar to the previous model, there’s a higher resolution to the graphics. As you would expect, the operating system is both new and reacts quicker to input. Cleverly, you can also customise the display and add widgets for quick access.

But the big bonus is the new three-spoke steering wheel. Given it’s your one constant, tactile piece of contact with any car, I can never understand why more manufacturers don’t pay more attention to the steering wheel. And here, MINI has nailed it.

Covered in soft leather, it screams quality. It’s great to hold (ok, I now can’t believe I’m actually getting excited by a steering wheel), and it’s easy to imagine that it’s been sourced from a BMW supplier. Honestly, it’s that good. Plus, the multifunction controls are larger and now easier to use.

Behind the steering wheel sits the same digital dial pack that was first seen last year when it appeared in the MINI Electric. 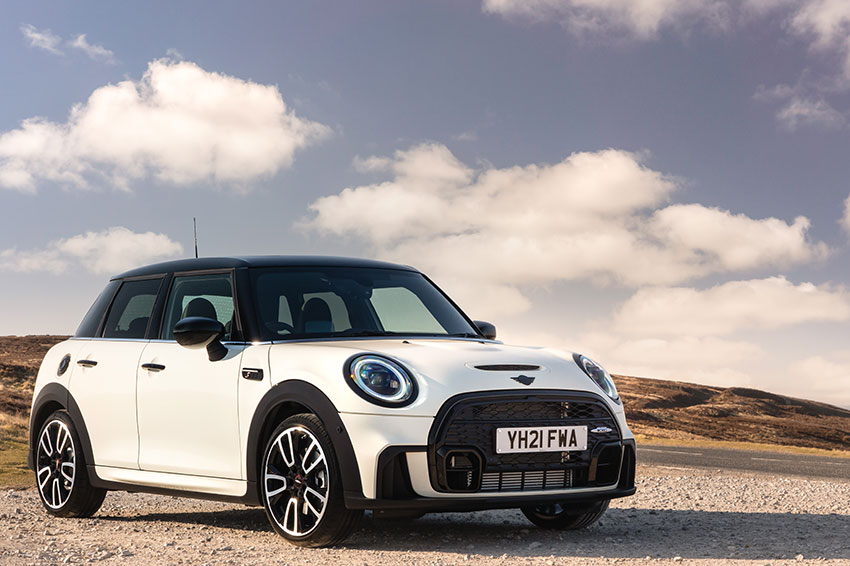 MINI has upgraded its smartphone app. You can now share access to your car with up to 10 people. I know, I found the concept rather strange too. But it’s targeted at families, or perhaps small businesses who will share the use of the MINI. Give them permission via the app and they can unlock, start and drive the car as and when you’re not using it.

Driver aids have also been upgraded. A ‘stop and go’ function has been added to the adaptive cruise control as part of the optional Driving Assistant Pack — and there’s also lane departure warning.

From a mechanical point of view, the only new addition is the adoption of a new damper design: Intelligent Adaptive Suspension. This is standard on the Sport spec, otherwise it’s a £400 option. This replaces the previous electronically adaptive setup, which was adjusted through the Eco, Comfort and Sport drive modes.

Aided by the clever new passive damping system, the new MINI delivers an even more satisfying combination of experiences, depending on the road surfaces, and your mood.

There’s no point in being over-technical about the system. But when you have the need, or desire, to push on a bit, the dampers’ firm set-up helps to keep the handling sharp. But when the car has to cope with harsh bumps — which, we all know, many of our roads are littered with — the special valve on the dampers opens to smooth out the ride.

I’d go as far as to say the ride actually feels a tad smoother than it did with the previous adaptive set-up. And that has to be an attraction.

Interestingly, across the whole MINI range, 70% are now automatics. Clearly the manual gearboxes are seen as a thing of the past. The shifts through the seven-speed auto gearbox are crisp and smooth, and you can also manually control them by using the steering wheel-mounted paddles. 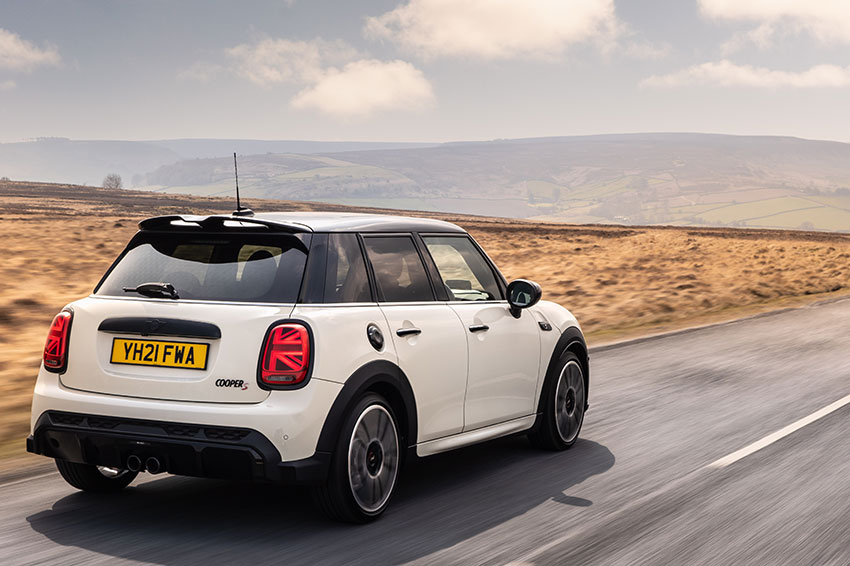 Both the three-door and five-door are available with either the 1.5-litre or 2.0-litre petrol engines. Both are available in different states of tune.

In the three-door range, the MINI One gets 102bhp, rising to 136bhp in the Cooper. The Cooper S and the John Cooper Works get the 1998cc engine, delivering 178bhp and 231bhp respectively.

Isn’t there an electric MINI?

Finally, what about prices?

There’s a significant variation in prices across the MINI range, so there’s definitely something for everyone. In the 16-model three-door hatch range, prices start at £16,045 for the One manual, and rise to £27,880 for the JCW auto.

There’s no denying the latest updates are an attractive addition to what was already one of the most convincing models in the premium small car sector. And they’ve only made the class leader even more of a hit. If you’re going for a petrol model, I’d stick with the excellent 1.5-litre engine, which is undoubtedly the best all-rounder in the MINI range. 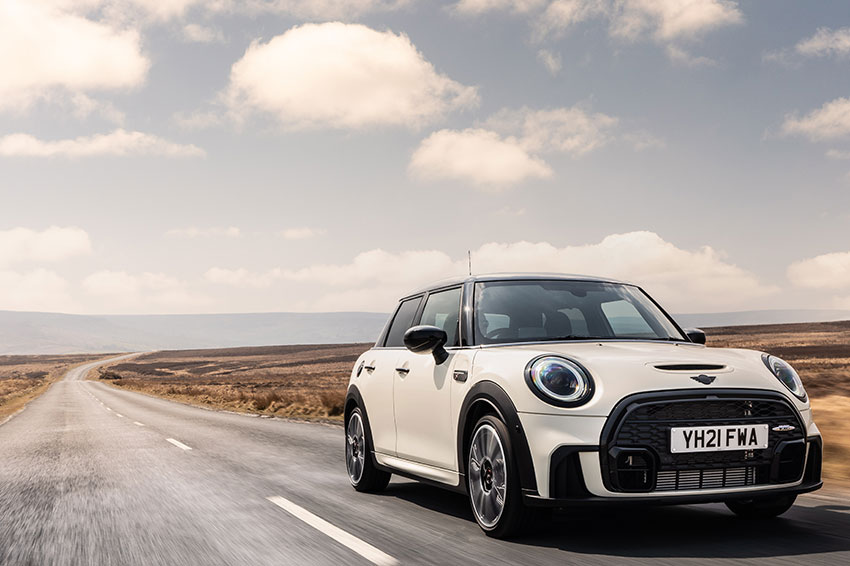