The recently opened centre has been shortlisted at this year’s Electric Vehicle Innovation and Excellence Awards. 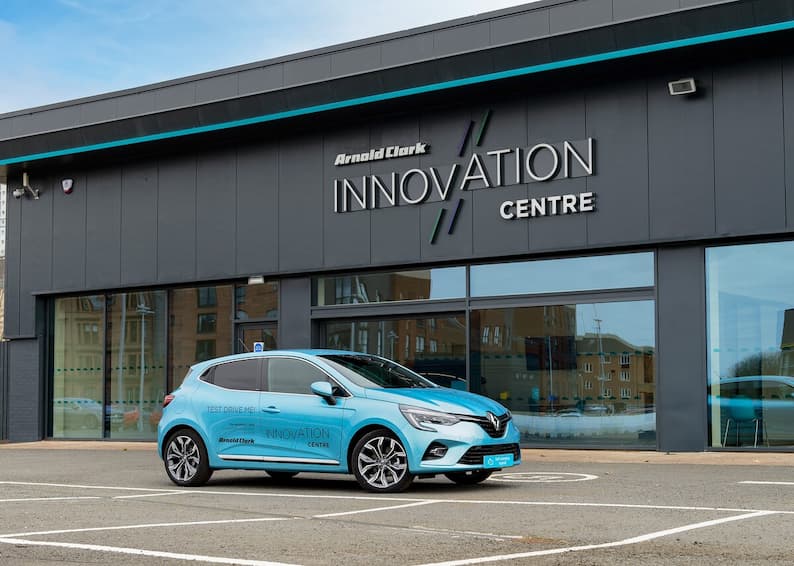 The Arnold Clark Innovation Centre is proud to announce that it has been shortlisted at this year’s Electric Vehicle Innovation and Excellence Awards (EVIEs).

The centre, located on Dumbarton Road in Glasgow’s west end, officially opened earlier this year with the aim of educating and explaining the benefits of alternative fuel vehicles (AFVs) while highlighting the great and ever-expanding line-up currently available.

And it has now been revealed that the centre has been nominated at the EVIEs in the category, ‘Best new product or service’.

The EVIEs, which has 14 different categories, are designed to shine a light on innovation and excellence in the emerging EV sector.

Nominees were picked based on their research and development commitments, consumer engagement and overall electrification strategy, including partnership with charging manufacturers, network operators and energy companies.

'It's a real honour and privilege to be recognised considering the Innovation Centre hasn't been opened for too long.

'The team deserve it for all their hard work and hopefully this nomination is the first of many.'

The awards ceremony will take place at the Bristol Harbour Hotel on Tuesday, 19th October.